1777 – French diplomat Chevalier d’Eon (5 October 1728 – 21 May 1810) is formally presented to Louis XVI and Marie Antoinette as a woman. Charles-Geneviève-Louis-Auguste-André-Timothée d’Éon de Beaumont (was a French diplomat, spy, freemason and soldier who fought in the Seven Years’ War. D’Éon had androgynous physical characteristics and natural abilities as a mimic, good features for a spy. D’Éon appeared publicly as a man and pursued masculine occupations for 49 years, although during that time d’Éon successfully infiltrated the court of Empress Elizabeth of Russia by presenting as a woman. For 33 years, from 1777, d’Éon dressed as a woman, identifying as female. Doctors who examined d’Éon’s body after death discovered “male organs in every respect perfectly formed,” but also feminine characteristics.

1966 – The term ‘gender identity’ is first used in a press release to publicize a new clinic for transsexuals at The Johns Hopkins Hospital in Baltimore, Maryland. The concept is picked up by the media, and quickly becomes common currency around the world.

November 21,1971Elton John kicked off a 13-date UK tour at The Coventry Theatre, promoting his new album Madman Across The Water. The album cover for Madman Across the Water was embroidered over two weeks by Janis Larkham, wife of the album art director David Larkham. She used the back of an old Levi’s jacket, and the original was gifted to John.

1972 – Jim Gaylord is fired from his teaching job in Tacoma, WA, via a letter. It read, in part: “The specific probable cause for your discharge is that you have admitted occupying a public status that is incompatible with the conduct required of teachers in this district. Specifically, that you have admitted being a publicly known homosexual.” In 2016, 42 years after he lost his job, Gaylord received an apology from the Tacoma School District.

At the start of Elton John week in Los Angeles, the singer received a Star on Hollywood’s Walk Of Fame.

Frida Lyngstad of ABBA had the #1 album in Sweden with her solo release Frida Alone.

1977, Canada – In Toronto, The Body Politic containing an article entitled “Men loving boys loving men” goes on sale. The article by Gerald Hannon sparked a controversy that eventually led to the folding of the paper.

Nina Notes: as it should have – Pedophiles are sexual predators, children are not capable of consent and lack agency versus adults.

That the Body Politic became Xtra! in Toronto, which including being a national newspaper and publishing in Vancouver, BC, Island Xtra from Victoria, in Calgary Alberta and in Ottawa as capital Xtra! before all where merged online as : dailyxtra.

In the 1990s, Xtra! was one of the organizations that left the International gay and lesbian association which was required to not include pedophiles to be a United Nations Non-Government Advisory Groups on rights, owing to children needing protection, including rights, which pedophilia is incompatible with.

the International Association had to make a clear decision of who was in LGBT and who was not. The Pedophile groups and some other groups left the association, and at Xtra West, lesbian editor Cindy Filpenko was fired for an editorial against pedophiles by Xtra’s Ken Popert, partner of Brian Mossop who’s early 1990s case won federal employees who were LGBTQ2 the same employee benefits that heterosexuals had contractually.

Prince‘s second single “Just As Long As We’re Together” was released.

Sergeant Charles H. Cochrane (August 5, 1943–May 5, 2008), a 14 year veteran of the NYPD, created shock waves by testifying before a New York City Council hearing in favor of a gay rights bill. Following on the testimony of a Patrolmen’s Benevolent Association Vice President who denounced the bill, and declared he didn’t know of any homosexual police officers, Cochrane stunned those present by announcing, “I am very proud of being a New York City Police Officer, and I am equally proud of being gay.” Cochrane’s public testimony lent significantly toward the official formation of the Gay Officers Action League, Inc., (G.O.A.L.) which became the first official police fraternal society in the world to represent LGBT professionals within the criminal justice system. Since that time, similar organizations for LGBT Law Enforcement Officers, Criminal Justice professionals as well as Firefighters and EMS personnel have been established around the world. Cochrane died of cancer on May 5, 2008 at the age of 64.

Queen and David Bowie were at No.1 in the UK with Under Pressure. They recorded the song together when both acts were working in a German recording studio. It was David Bowie’s first released collaboration with another recording artist.

“Physical” by Olivia Newton John was officially the #1 song although most radio stations had either “Waiting For A Girl Like You” by Foreigner or “Start Me Up” by the Rolling Stones as the top song.

Olivia Newton-John started the first of 10 weeks at the top of the US singles chart with the controversial “Physical”. It was her fourth US #1 and went on to sell over 2 million copies. In the UK, the song reached #7.  Rather than touring, ONJ did a tv special comprised of a music video for each LP song, the music video for “Physical” more controversial than the female heterosexually sexually explicit song where female sexuality was so upsetting to the public that in the video, rather than a plot suggested by the lyrics, the video was set in a gym and ONJ turns overweight men into buff gay men.

Having raided and closed down The Detour bar the night before, Los Angeles police raid and shut down the One Way bar over alleged violations to the city’s fire ordinance. In a series of raids on gay bars, the Los Angeles Police Department closed down the One Way for fire ordinance violations. The LAPD came to the conclusion that the manpower necessary to close the One Way would be ten police cars and several fire trucks and various other city vehicles.

Little Richard was the minister when actors Bruce Willis and Demi Moore were married.

George Michael bounced from 18 to 10 with”Faith”.

Cher moved into the #1 slot on the U.K. Album chart with her Greatest Hits package.

1997 – The University of California Board of Regents votes to extend domestic partner benefits to partners of lesbian and gay employees.

British writer Quentin Crisp  (25 December 1908 – 21 November 1999) dies at age 90. He was an English writer, raconteur and actor.From a conventional suburban background, Crisp enjoyed wearing make-up and painting his nails, and worked as a rent-boy in his teens. He then spent thirty years as a professional model for life-classes in art colleges. The interviews he gave about his unusual life attracted increasing public curiosity and he was soon sought after for his highly individual views on social manners and the cultivating of style. His one-man stage show was a long-running hit both in Britain and America and he also appeared in films and on TV. In 1995 he was among the many people interviewed for The Celluloid Closet, an historical documentary addressing how Hollywood films have depicted homosexuality.

Celine Dion achieved her fourth #1 album in the U.K. with her compilation All the Way…A Decade of Songs.

2001 – Maryland’s Anti-discrimination Act becomes law. It prohibits discrimination based on sexual orientation in public accommodations, housing and employment. Maryland becomes the 12th state to enact such protections for homosexuals.

In Santa Barbara, CA, Michael Jackson was booked on suspicion of child molestation. Jackson immediately posted the $3 million bail and then flew back to Las Vegas where he had been filming a video. He was given an arraignment date of January 9, 2004.

2007: Jennifer Granholm, governor of the U.S. state of Michigan, issues an executive order prohibiting employment discrimination based on gender identity or expression in the public sector.

2014, Gambia – The Gambian president signs anti-homosexuality law which calls for the imprisonment for people caught in same-sex sexual activity. 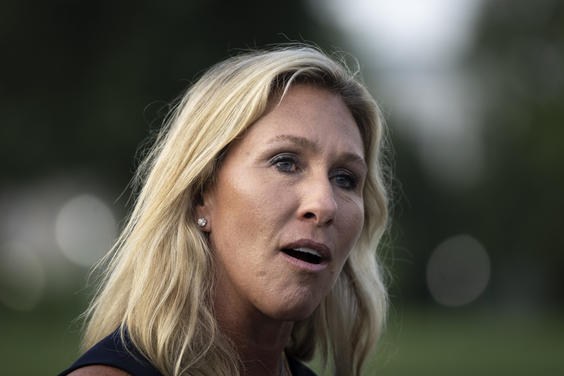 Dear Heterosexuals: why is violence a norm?

so by heteros on one side and trans on the other…. gays, lesbians and bisexuals, along with some heteros who are not violent 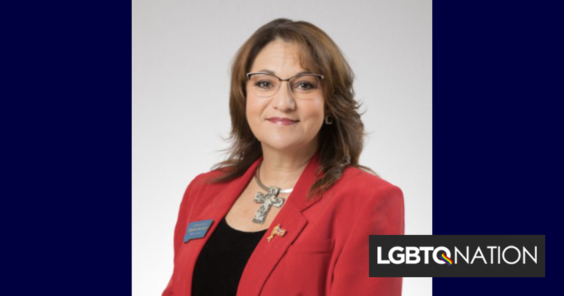 GOP lawmaker says gays who get beat up are getting “normal consequences” for “perverse lifestyle” / LGBTQ NationMontana Sen. Theresa Manzella said LGBTQ people “play the protected class card” when they get beat up for holding hands in public…www.lgbtqnation.com

From the article: “A lot of people just assume that when they look at somebody that they can see their gender right away,”

humans are a sexually reproducing and symmetrical species

that means two genders, and some humans are not procreatively attracted: sexual orientation is not a preference nor a perversion

it is up to emerging demographics to form a community, 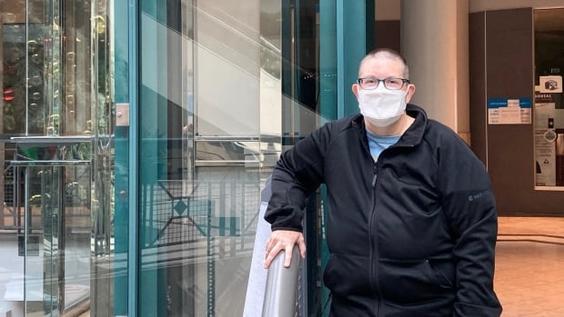 trans demonstrate an inability to understand, consider or respect others

if gender is a spectrum, differing points do not the same gender make

and every person is entitled to a no, human rights do not apply to dating, only the public square.

transwomen complaining about not having sex with lesbians are incels, and this is sexual harrassment on public view

and along with the TERF name calling, trans have given a reason to be feared and avoided 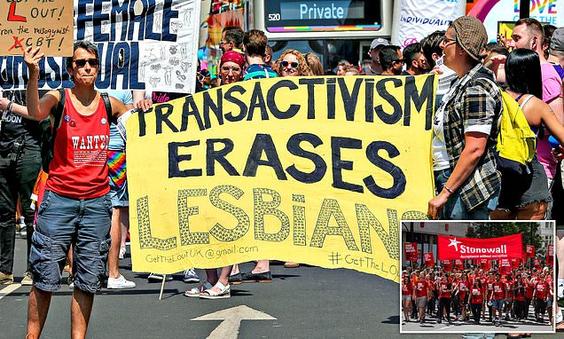 Stonewall brands lesbians ‘sexual racists’ for raising concerns about sex with transgender women | Daily Mail OnlineIt was a long-overdue, painstaking investigation into claims that predatory trans women have been pressuring lesbians for sex, published on the BBC News website.www.dailymail.co.uk

more are identifying into LGBTQ2 for not wanting to be hetero 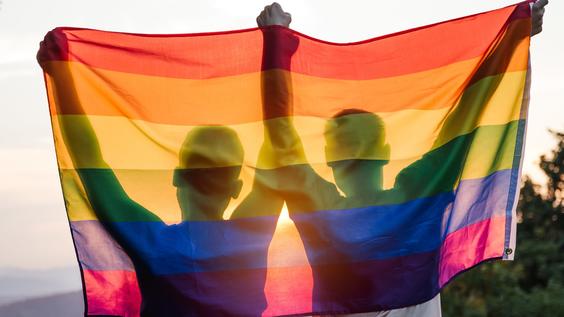 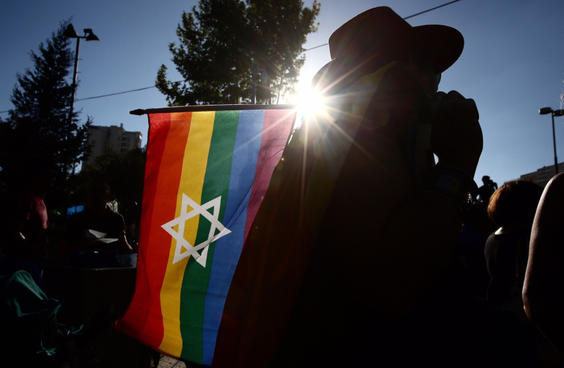 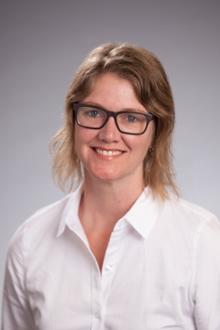 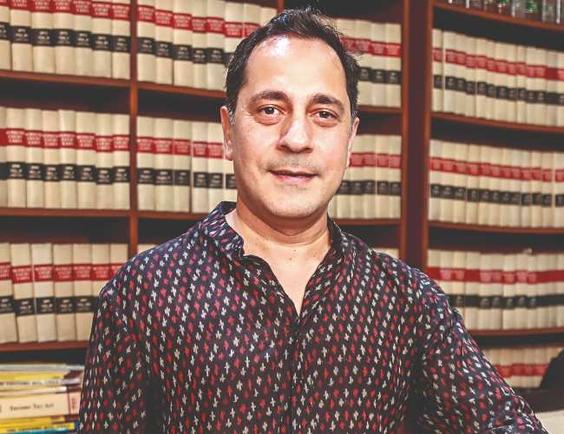 A gay judge is great but LGBTQ need much more than thatSaurabh Kirpal is slated to be the first openly gay judge in the Delhi High Court. In a more perfect world, only his qualifications to be a judge would matter. That he is gay should…timesofindia.indiatimes.com 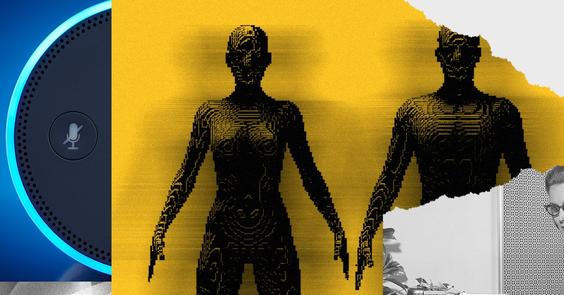 The Future of Digital Assistants Is Queer | WIREDAI assistants continue to reinforce sexist stereotypes, but queering these devices could help reimagine their relationship to gender altogether.www.wired.com