from the article, – a demonstration of bias:

“Concern trolls like DiManno act as if people pushing for gender inclusivity in language are trying to eradicate women rather than just expand society’s conception of trans women, non-binary women, and other people with vaginas. Absolutely no one has told anyone the word “woman” has been banned. “

The above paragraph actually shows the pattern of women being displaced in language by starting with transwomen shifting through nonbinary as the gender paradigm shift without a diagnosis, to person with a vagina – which is the meaning of woman, given person was defined and understood as male, rather than person with a penis – in the same way that neither man or woman has had to specify heterosexual.

From the quote: “expanding the concept of transwomen” by altering the words used to describe women is not equality, but removal of women.

“chest feeder “and “pregnant person” are neutering’s not neutralizing language, which English, as all languages are heteromale centric.

Further fixating on function is to diminish the whole person, the human, the sum of parts and demographics and other labels; and it is whole persons, not ideas nor parts that have rights.

The article is part of the constant dismissal of anyone who raises a concern and the concern mocked – is part of the gaslighting, minimizing and demeaning the impact of the dissolving of language, which depends on a shared common understood meaning.

The words relating to women are being banned and the meaning of any word is ended with the opposite is included within the word’s meaning: and interesting how it is the concept of transwomen and “non binary women and other people with vaginas” when non binary does not alter biology. and “persons with vaginas” are being used to describe women, when the word woman already means that without being biologically blunt.

every time a woman speaks woman words, trans women claim they are being excluded… women are speaking about ourselves, our bodies and our experiences… women are being silenced. at every level women have achieved, with disproportionate harm to women across ethnicity, disability, immigration and poverty status, who have less access to nonprofit services, and rape/battered shelters owing to altering the meaning of “woman” by including men in the meaning – rather than addressing the male violence across the spectrum of males from hetero to homo, bisexual and trans/non-binary

with transwomen’s prioritization disproportionate to transmen, and only lesbians being burderned with a slur.

Whereas transgender is claiming that the characteristics of gay and lesbian are bigotry, when those are the characteristics that heterosexuals oppressed us, to this very genocidal world reality in 2021 – and are in fact opposed to language to describe women that accurately describes women because these words and the observable reality are what is commonly understood, because anyone can observe and perceive it.

While the claims of transgender identity theory, do not explain, are not testable and doctors do not assign, only observe and measure; an any academic idea that cannot be questioned, may be dismissed without consideration. the harm to academia and the public’s deeming university to be elitist and unrelated to the real world, is not helped by the over protection of ideas that cannot be academically defended if not questioned.

Nor real world applied owing to the unintended consequences of the loss of women’s rights protections, nonprofits that provide crisis services to women and are not for the public, such as Vancouver Rape Relief, but a safe place from the public; across professions, and very particularly lesbian subculture – from the Michigan Womyn’s music festival to lesbians social spaces where those who are clothes from heterosexual do not belong and the phrase “cotton ceiling” which was lesbian panties and now being rolled back to transwomen’s panties, which is the incel language of complaining about not having sexual access, which is not subject to human rights, but individual sexual selection.

Further, the loss of women’s speech, expression from words to careers to do so from; and the failure to hold heterosexual men to account for the assault, rape and murder rates across not only trans – where the word transphobia is the at court defense word – and gay men – where the word homophobia is also a at court defense word – and it is not heterosexual men who are being held to account – but rather lesbians being singled out for name calling and exclusion for not dating transwomen.

so dear transwomen: since women’s words do not resonate, I quote what heterosexual men have been saying to all women for decades: feelings are not facts. 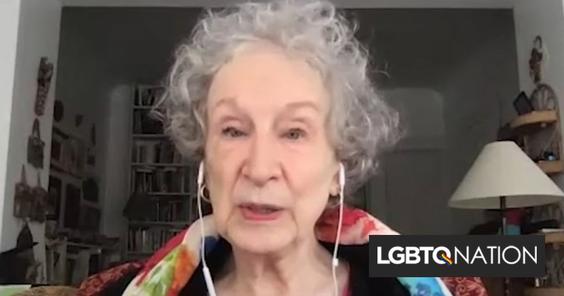