“Bridget Coll’s story shows that there is an LGBTQ+ story in almost every strand of Irish emigrant history,” he says.

“They phrase it as though they put one foot in front of the other. But it required an enormous capability.”

Canada claims Bridget Coll and Chris Morrissey as part of their country’s history, he says, now Ireland should claim them too.
https
://www.bbc.com/news/world-europe-57555518 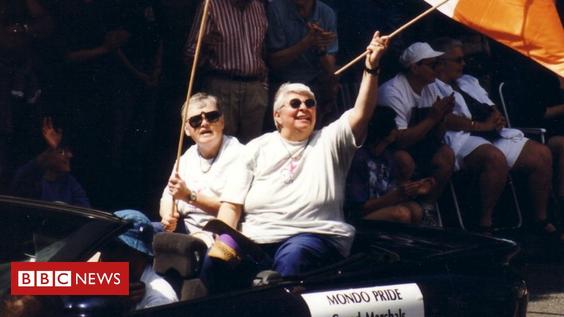 Bridget Coll: Catholic nun was lesbian, militant and a history maker – BBC NewsBridget Coll from Donegal was a nun, a lesbian and an anti-torture activist in Pinochet’s Chile.www.bbc.com