1682 – The Province of Pennsylvania, under a strong Quaker influence, repeals the capital sodomy law of 1676. The new law makes a first offence punishable by whipping, loss of 1/3 of one’s property, and six months hard labor. A second offence is punishable by life imprisonment. The revision makes the province one of only two where a man could not be put to death for sodomy at the time. In West New Jersey, also a Quaker colony, no sodomy law is in effect.

1775 – Franciscan Chaplain Father Pedro Font describes two-spirit people among the Yuma in his diary entry: Among the women I saw some some men dressed like women with whom they go about regularly, near joining the men. The commander c called them amaricados press because theYuma call effeminate men Americas…I learned that they were sodomites, dedicated to nefarious practices.”

12-07-1873 – 04-24-1947 Willa Cather – Born in Gore, Virginia. She was an American writer. Her novels of frontier life on the great plains gained her recognition. Cather was awarded the Pulitzer Prize for One of Ours (1922). Throughout her life, her most significant friendships were with women, including Louise Pound, socialite Isabelle McClung, opera singer Olive Fremstad, and pianist Yalta Menuhin. Her relationship with Edith Lewis began in the early 1900s and continued through the last 39 years of her life.

photographer and writer, specializing in jazz, gospel, blues, and British African-Caribbean music and culture. At the age of fifteen, she began writing about Black music. Accompanied by her mother, who thought she was too young to go on her own, she attended many concerts. Her first article appeared in Jazz Journal in May 1959 when she was only seventeen. Her book As Serious As Your Life (1977), is considered a classic of jazz writing. Wilmer is also the author of Mama Said There’d Be Days Like This: My Life in the Jazz World (1989), an autobiography that talks about her development as an artist and journalist. She also talks about her coming out as a lesbian in a mainly male-dominated and sexist environment.

1946 – Said to be the oldest surviving organization for LGBT rights, Netherlands’ Center for Culture and Leisure (COC) was established in Amsterdam in 1946. The goals of the C.O.C. were twofold: to contribute to social emancipation, and to offer culture and recreation for gay men and lesbians. The social emancipation focused on getting article 248-bis in the Wetboek van Strafrecht, the main code for Dutch criminal law, revoked. Originally named the “Shakespeare club,” the founders were gay men who were active with “Levensrecht” (Right To Live), a magazine founded a few months before the German invasion in 1940, and re-appeared after the war. The Shakespeare club was renamed in 1949 to “Cultuur-en Ontspanningscentrum” (C.O.C.). From its beginning in 1946 until 1962, the chair was Bob Angelo, a pseudonym of Niek Engelschman.

“Dominique” by The Singing Nun was the number one record in North America, edging out The Kingsmen‘s “Louie, Louie”. The song would eventually sell over 1.5 million copies and win a Grammy Award for the year’s best Gospel song. Her given name was Jeanine Deckers and she would leave the convent in 1967 before taking her final vows, partly to pursue a recording career, but never repeated her earlier success. In 1985, the center for autistic children in Belgium that she helped to found had closed due to lack of funds. In despair over this failure, the 51 year old Deckers and Annie Pescher committed suicide.

Rio de Janeiro, Brazil. She is a Brazilian fashion model and was the first transgender model to pose for the Brazilian edition of Playboy. She has modeled for numerous fashion houses, including Thierry Mugler, Guy Laroche, and Jean-Paul Gaultier. In 1989, Close underwent sex reassignment surgery in London, England. In 1993, she married a Swiss man, Roland Granacher. On March 4, 2005, Close was legally declared a woman by a Brazilian judge. Her lawyer stated, “In the decision, the judge affirms that Roberta has been a woman from the time she was born; it was only that medical science in 1964 was not capable of identifying this, due to a physical problem she had.” She was issued a new birth certificate. In May 2015, Close revealed in an interview that she underwent genetic testing that revealed she is intersex.

Barry Manilow‘s first hit, “Mandy”, enters the US charts on its way to number one. The song was originally written by Scott English and Richard Kerr as “Brandy”, but was changed by Manilow when a group called Looking Glass had a hit with that title six months before. The original version by Scott English had charted at #12 in the UK and #91 on the Hot 100.

With her mother, Cissy Houston, singing backup vocals, Whitney Houston jumped onto the hit list with “How Will I Know,” an eventual #1.

American pop and hip hop singer that became popular in the early 2000s. His second album, Aaron’s Party (Come Get It), sold three million copies in the US and his third album, Oh Arron, went platinum. He has also appeared on Dancing With the Stars, the Broadway musical Seussical and the off-Broadway musical The Fantasticks. On February 10, 2017, he released an EP titled LøVë. Carter came out as bisexual on August 5, 2017.

1989, Turkey – Journalist Ibrehim Eren is imprisoned for protesting police harassment of gays. He was held for four months.

George Michael and Elton John were at No.1 in the UK with a live version of ‘Don’t Let The Sun Go down On Me’, (a hit for Elton in 1974). All proceeds from the hit went to aids charities.

1993: In Texas, Williamson County commissioners reverse the previous week’s decision to deny Apple Computer tax breaks for a new facility in the county because of its policy of extending benefits to employees’ same-sex domestic partners. Several of the commissioners, however, continue to express condemnation of “the gay lifestyle.”

1995: The FDA approves saquinavir, the first in a powerful new class of HIV drugs called protease inhibitors. Soon followed by cousins ritonavir and indinavir, the drugs are hailed as the most promising development in AIDS history.

1997- Speaking before a Georgetown University audience of about 300, three Jesuits presented their different perspectives on how the church should regard and spiritually counsel gay men and lesbians. Cardinal James A Hickey objected to the debate because he felt that the conservative view on the wrongness of homosexuality would not get a fair hearing.

1999: The Orange County, California, school board votes unanimously to reject the formation of a gay-straight alliance at El Modena High School.

2006: The Canadian House of Commons defeats a motion put forward by the Conservative minority government to revisit the issue of same-sex marriage in Canada. After the motion fails, prime minister Stephen Harper tells reporters, “I don’t see reopening this question in the future.”

2015, Venezuela – Transgender woman Tamara Adrian is elected to the National Assembly. She is a long-time LGBT rights advocate and a lawyer. She was forced to register h4er candidacy for the Assembly under hr male birth name.

David Bowie made his last public appearance when he attended the opening night of the Lazarus production at the New York Theatre Workshop in Manhattan. Tickets to the entire run of the musical (which ran until 20th Jan 2016), sold out within hours of being made available.

being in this garage genre and pandering to the lowest denominator is not representation or inclusion.. it is being exploited 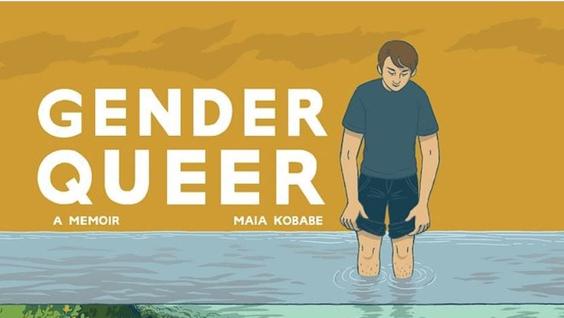 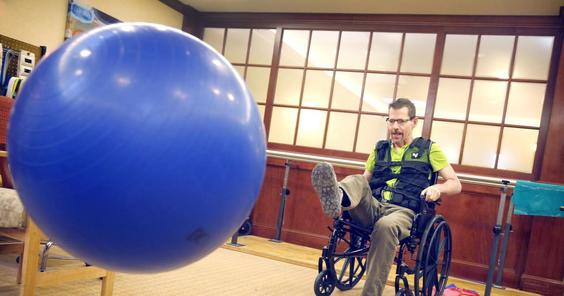