Janis Joplin was at No.1 on the US album charts with the posthumously released Pearl. The album features the No.1 hit ‘Me and Bobby McGee’, written by Kris Kristofferson and Fred Foster on which she played acoustic guitar.
1987

k.d. lang made her Los Angeles debut at the Roxy nightclub.

Whitney Houston reached #1 on the Adult Contemporary chart with “Where Do Broken Hearts Go”.

1992
Country music singer Wynonna Judd began her first solo tour in Midland, Texas. Her mother Naomi left their Grammy-winning duo several months earlier when she was forced into retirement because of liver disease. She recovered after treatment.

2002
Lee Anderson Minnelli sued her stepdaughter Liza Minnelli for elder abuse and breach of contract. The claim was filed based on the will of Vincente Minnelli.

2011
Elton John appeared on TV’s Saturday Night Live where he and Leon Russell performed a couple of songs together. He also joked about being gay, performing at the royal wedding and being a new father. 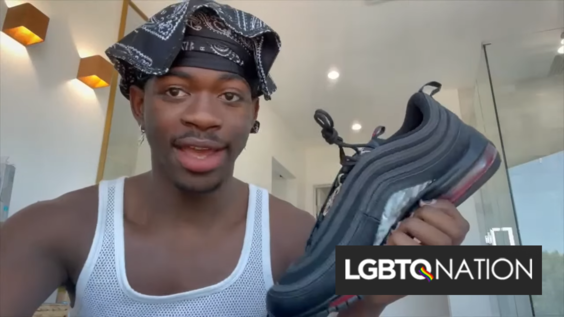 Lil Nas X calls out the “crying nerds on the internet” who got his Satan shoes canceled / LGBTQ Nation“They have so much power they can get shoes cancelled. Freedom of expression gone out the window…www.lgbtqnation.com