1801 – Alexander Henry and David Thompson make an entry in their journal titled Exploration and Adventure among the Indians on the Red, Saskatchewan, Missouri, and Colombia Rivers describe a Native American known as Berdache, son of Sucrie, who is a “curious compound between a man and a woman.”

1857 – Martha Carey Thomas (January 2, 1857 – December 2, 1935) is born in Baltimore, Maryland. She was an American educator and suffragist, later becomes the dean and then president of Bryn Mawr University. She is also credited as the founder of the Johns Hopkins Medical School. Thomas lives for many years in a relationship with Mamie Gwinn (Feb. 2, 1860 – Nov. 11, 1940).  After Gwinn left Thomas in 1904 to marry (a love triangle fictionalized in Gertrude Stein’s “Fernhurst”), Thomas starts another relationship with Mary Garrett (5 March 1854 – 3 April 1915). They share the campus presidential home, living together until Garrett’s death. Miss Garrett, who had been prominent in suffrage work and a benefactor of Bryn Mawr, left Martha $15,000,000 to be disposed of as she saw fit.

1900  – Actor Billy Haines (January 2, 1900 – December 26, 1973) is born. He was the first celebrity to come out as openly gay, in 1933. He was an American film actor and interior designer. His career was cut short in the 1930s due to his refusal to deny his homosexuality. Haines quit acting in 1935 and started a successful interior design business with his life partner Jimmie Shields, and was supported by friends in Hollywood.  A lifelong friend, Joan Crawford, called them “the happiest couple in Hollywood.” Haines died of lung cancer in December 1973 at the age of 73.

The first issue of The Melody Maker magazine went on sale in the UK. Advertised as being for “all who are interested in the production of popular music,” the first issue featured dance band news, a story about ukuleles and how to read music by sight.

1929  – Charles Beaumont (January 2, 1929 – February 21, 1967) is born Charles Leroy Nutt. He was an American author of speculative fiction, including short stories in the horror and science fiction subgenres. In 1954, Playboy magazine selected his story “Black Country.” Playboy has been loved by straight men for decades but it was a gay short story that built its reputation. Hugh Hefner was the only one to accept a science fiction story about heterosexuals being the minority against homosexuals. When letters poured in, he said: ‘If it was wrong to persecute heterosexuals in a homosexual society, then the reverse was wrong too.’

American independent film director, screenwriter, and producer. He’s also considered a pioneer of the New Queer Cinema movement in the early 1990s. In 2011, Haynes directed and co-wrote the HBO mini-series, Mildred Pierce. His sixth feature film, Carol, was in 2015. The film received six Academy Award nominations. Haynes is openly gay and identifies as irreligious. (Photo from 2009)

After refusing to sign an oath that says they have never been members of the Communist party, the American Folk group, The Weavers are removed from the line-up of NBC-TV’s Jack Parr Show.

1965 – San Francisco: Council on Religion and the Homosexual representatives, most of whom are heterosexual, hold a press conference to protest the police force’s “deliberate harassment” of the group’s New Year’s Ball.

on the USSA charts #6  the Soundtrack to “Jesus Christ Superstar”,

ABBA stayed a sixth week at #1 on the U.K. Album chart with the great album Super Trouper.

The musical “Annie” closed on Broadway at the Uris Theatre after 2,377 performances.

For the fifth week, Whitney Houston was perched atop the R&B chart with “I Will Always Love You”, third week as #1 Adult contemporary and sixth week as #1 pop song

2005 – Bonnie Bleskachek became the first openly lesbian fire chief of a major city, Minneapolis. She was demoted two years later amid claims of harassment and discrimination, but return to the department as a staff captain. She co-founded the Minnesota Women Fire Fighters Association.

2009 – Christopher Conwell is arrested for killing Taysia Elzy (1975-2009) and Michael Hunt in their apartment because Taysia, though male, presents as female.

01-02-2017   The Pasadena Rose Parade will feature a float commissioned by the AIDS Healthcare Foundation named “To Honor & Remember Orlando.” The float is ridden by local LGBT leaders and survivors of the June 12, 2016 shooting. The float is an opportunity to “remember the victims and survivors and to confront and challenge the stigma and homophobia that could’ve contributed to the attack,” said Ged Kenslea, senior director of communications for the AIDS foundation.

On June 10,  1997, Jay Fisette became the first openly gay candidate to win a primary election in the state of Virginia. He went on to be elected to Arlington County Board, where he served for two decades, making him one of the longest-serving local politicians in the region. Fisette retired from Arlington County Board on January 2, 2018.

Lesbian Cantopop Singer and Activist, Denise Ho, Arrested in Hong Kong – Star ObserverDenise Ho, a Cantopop singer and pro-democracy activist was arrested at her home in Hong Kong, Wednesday, amid charges of “conspiracy to publish seditious material.” Police, who searched the star’s home for more than two hours, also confiscated Ho’s passport, identification card, mobile phones and computers. Ho posted on Facebook following her arrest saying, “I am feeling OK. Friends who are concerned about me, please don’t worry.”Show Morewww.starobserver.com.au 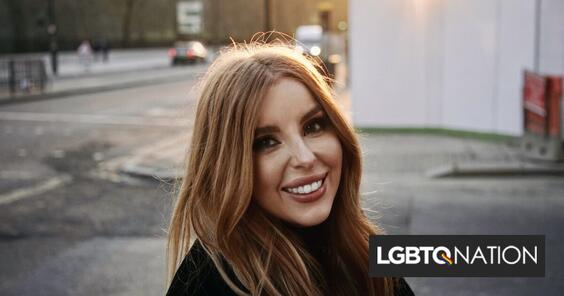 Finding freedom as an LGBTQ person in a city after escaping a small town / LGBTQ NationLiving in a small town isn’t always easy as an LGBTQ person. It can be isolating, make people feel trapped and unable to be their true selves. However, that doesn’t mean the future is destined to be miserable…www.lgbtqnation.com 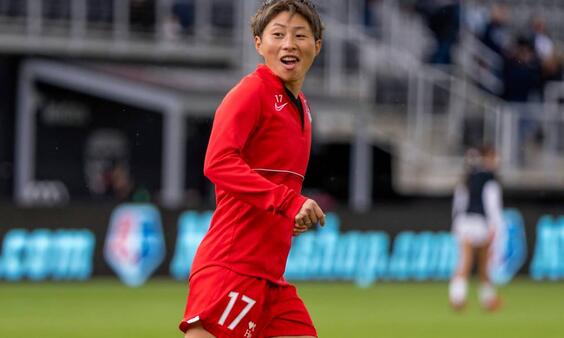 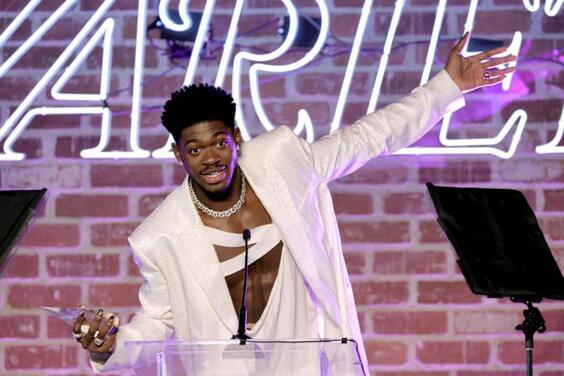 Lil Nas X Talks Celebrating His Gay Identity In Music | ETCanada.comLil Nas X is not known for being shy in his music, but it’s a skill he’s learned. The star spoke on “CBS Sunday Morning” about learning to open up about his sexuality through his music. [readmore label=”READ MORE: ” link=”https://etcanada.com/news/850383/elton-john-is-joined-by-dua-lipa-miley-cyrus-lil-nas-x-more-in-star-studded-ultimate-zoom-video-call/” text=”Elton John Is Joined By Dua Lipa, Miley Cyrus, Lil Nas X & More…Show More 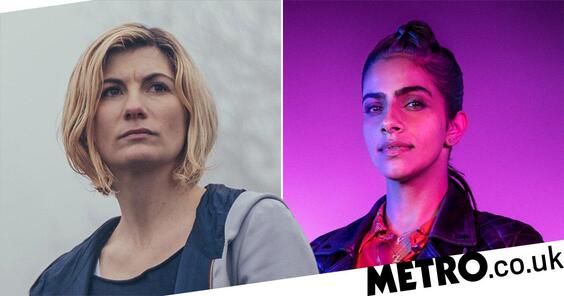 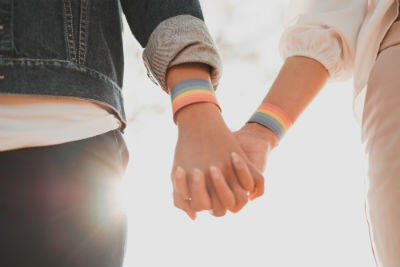 Shenandoah LGBTQ Center mission of support continuesGrowing up lesbian, gay, bisexual, transgendered or queer can be confusing and isolating. But a nonprofit in the Queen City is available with support.augustafreepress.com

the article left out the internal to LGBT bashing on LGB….. for gender role reverse compulsory heteronormativity… 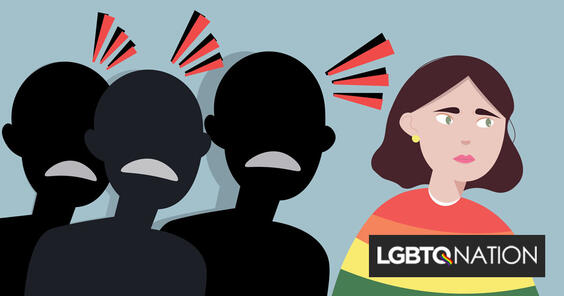 Internalized Homophobia – Meaning & Tips For Overcoming It / LGBTQ NationInternalized homophobia is a pervasive problem that affects many of us in the queer community. But what is it exactly, what does it look like, and how can we combat it…www.lgbtqnation.com 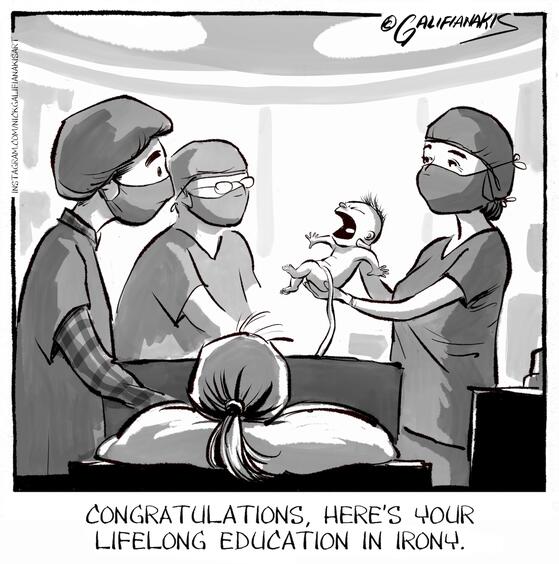 it is not jokes. it is bullying claiming to be kidding but is bigotry and the other is jokes to bring up a subject of discomfort and denied desire….from the same emotional conformity and anger place. 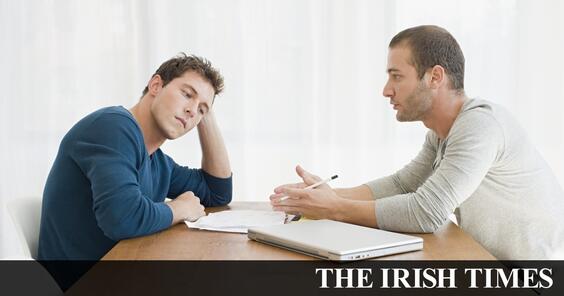 ‘My friend makes sexual jokes to me when we’re alone and I’m confused’‘It’s a kind of gross-out humour with the guys and it’s almost like dirty talk at this stage’www.irishtimes.com