County Dublin, Ireland. She was an Irish writer, social reformer, anti-vivisection activist, and leading women’s suffrage campaigner. Cobbe founded a number of animal advocacy groups, two of which are still active today. She was a member of the executive council of the London National Society for Women’s Suffrage. She was the author of a number of books and essays. Cobbe was in what she considered a marriage with sculptor Mary Lloyd, whom she met in Rome in 1861. They lived together from 1864 until Lloyd’s death in 1896. In letters and published writing, Cobb referred to Lloyd as “husband”, “wife”, and “dear friend.”

while distributing flyers inside the 15th annual Inner Circle dinner, a political gathering in New York City. She was an American schoolteacher and became an LGBT activist. Manford co-founded the support group Parents, Families, and Friends of Lesbians and Gays (PFLAG). In 2012, she was awarded the Presidential Citizens Medal by President Obama.

1947 – Yolanda Retter (December 4, 1947 – August 18, 2007) was an American lesbian librarian, archivist, scholar, and activist in Los Angeles. Retter attended Pitzer College in Claremont, California and graduated in 1970 with a degree in sociology. In the 1980s she completed masters degrees in library science (1983) and social work (1987) from the University of California, Los Angeles and in 1996 she received her Ph.D. in American Studies from the University of New Mexico, Albuquerque. Before becoming a librarian and archivist, Retter held a variety of jobs, some as a volunteer. She worked in prison and parole programs, as a director of a rape hotline, and original publisher of the Los Angeles Women’s Yellow Pages. She then became the founding archivist of the Lesbian Legacy Collection at the ONE Archives and volunteered at the June Mazer Lesbian Archives. From 2003 to the time of her death, Retter served as the head librarian and archivist of the Chicano Studies Research Center at the University of California, Los Angeles. She died after a short battle with cancer surrounded by women she chose, including her partner of thirteen years Leslie Golden Stampler.

York City, New York. He is a straight ally. Jay-Z is an American rapper, record producer, entrepreneur, and occasional actor. In an interview with CNN, he stated, “What people do in their own homes is their business, and you can choose to love whoever you love. That’s their business. It’s no different than discrimination against Blacks. It’s discrimination, plain and simple.” In 2017, his mother, Gloria Carter, came out as a lesbian. On Jay-Z’s album, 4:44, the track “Smile” is all about his mother. His mother ends the track with her own words: “Living in the shadow feels like the safe place to be / No harm for them, no harm for me / But life is short, and it’s time to be free / Love who you love because life isn’t guaranteed.”

Prince played the first night of his 31-date Dirty Mind tour at Shea’s Performing Arts Center in Buffalo, New York. After being told by his managers he couldn’t wear spandex pants without any underwear, Prince began performing in a long trench coat, black high-heeled boots with leggings, and bikini brief trunks.

1981, James Webber is the first known victim of serial killer David Bullock. Most of Bullock’s victims were men he brought home for sex.

Madonna filed for divorce from actor Sean Penn. She changed her mind, but would file again in January 1988.

– Madonna appeared on “Nightline” to defend her “Justify My Love” video. She denied the video’s explicit contents were intended to stir up controversy and get her publicity. The video was banned by MTV.

1998 – A vigil is held for Rita Hester (30 November 1963 – 28 November 1998), an African American transgender woman, who was slain in  Allston, Massachusetts on November 28th. The vigil from her death goes on to become the Transgender Day of Remembrance. In response to her murder, an outpouring of grief and anger led to a candlelight vigil held the following Friday (December 4) in which about 250 people participated. The community struggled to see Rita’s life and identity covered respectfully by local papers, including the Boston Herald and Bay Windows, was chronicled by Nancy Nangeroni. Her death also inspired the “Remembering Our Dead” web project and the Transgender Day of Remembrance which Gwendolyn Ann Smith founded in 1999.

Whitney Houston admitted in an US TV interview that drink and drugs nearly killed her. Bobby Brown’s missus also admitted to being addicted to sex. She said her business is sex, drugs and rock ‘n’ roll, and got into the lifestyle after missing out on partying when her career kicked off aged 18.

12-04-2012 Janeé Harteau becomes the first openly-gay female police chief in Minneapolis. She won unanimous approval from the City Council on Nov. 30th. Harteau married her partner Sgt. Holly Keegel in August 2013. They had been together for 25 years. (photo shows Janeé on the left with her wife Holly)

2013 – Openly gay Xavier Bettel (born 3 March 1973) is sworn in as Luxembourg’s Prime Minister. He is a Luxembourgish politician and lawyer, serving as the 24th Prime Minister of Luxembourg since 4 December 2013 after succeeding Jean-Claude Juncker. He has previously served as Mayor of Luxembourg City, member of the Chamber of Deputies and member of the Luxembourg City communal council. Bettel is a member of the Democratic Party. Bettel is Luxembourg’s first openly gay Prime Minister and, worldwide, the third openly gay head of government following Iceland’s Prime Minister Jóhanna Sigurðardóttir (born 4 October 1942) (2009–2013) and Belgium’s Prime Minister Elio Di Rupo (born 18 July 1951) (2011–2014). As of 2017, he is one of three openly gay world leaders in office, the others being Leo Varadkar (born 18 January 1979), the Taoiseach of Ireland; and Ana Brnabić (born 28 September 1975), the Prime Minister of Serbia. Bettel has been in a partnership with Gauthier Destenay since March 2010. They married on 15 May 2015; same-sex marriage law reforms had come into effect on 1 January 2015, after passing in June 2014. 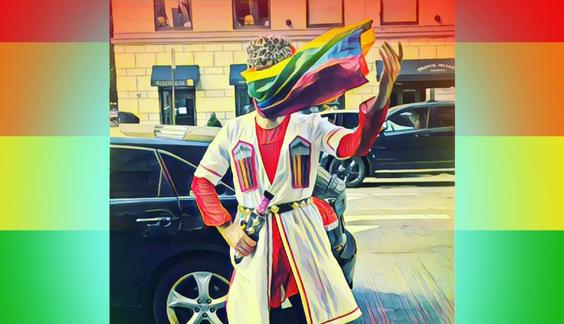 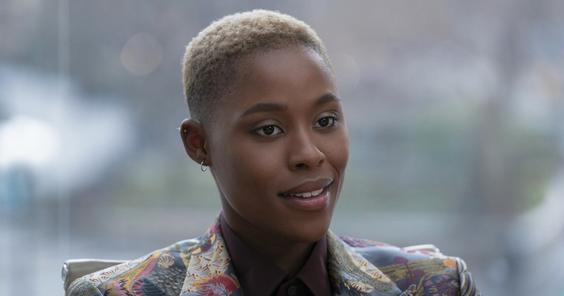 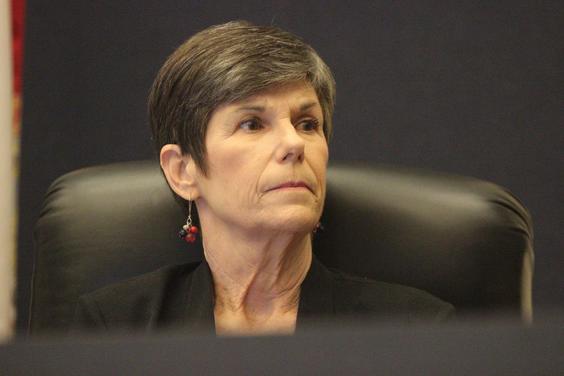 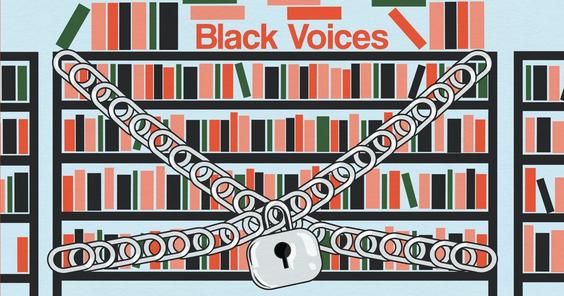 I wrote a book about Black queer joy and pain. It’s already been banned in 10 statesMy fight is one of tradition, not of chance.www.mic.com 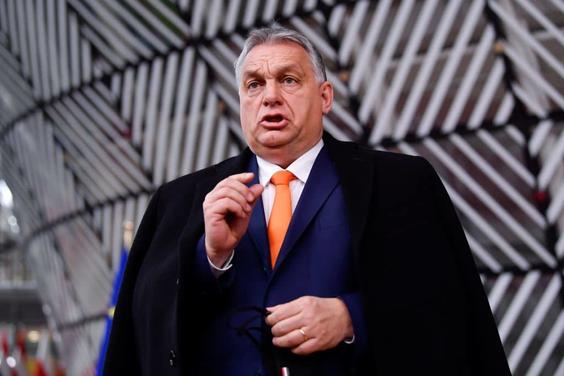 Why Viktor Orbán is fighting a war against ‘LGBT ideology’ | The Spectator‘Do you support the unrestricted presentation of sexual media content that influences the development of underage children?’

In a national referendum likely to be held in the spring, Hungarians will be asked this question and others about the ‘promotion of gender reassignment’ to children, the hold…Show More 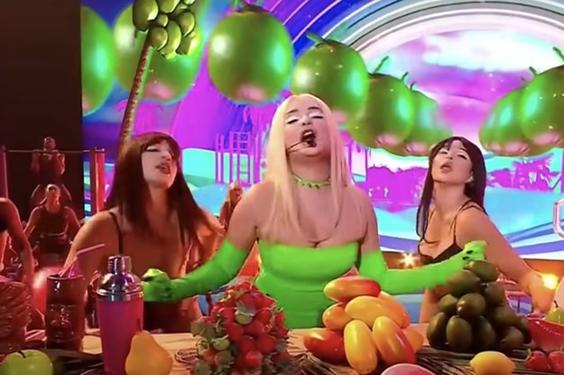 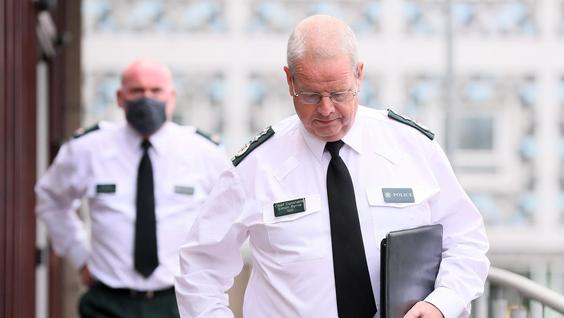 PSNI reviewing its partnership with controversial LGBT charity StonewallThe PSNI’s partnership with Stonewall is in doubt after Chief Constable Simon Byrne said the force was consulting stakeholders over its membership of the charity’s diversity scheme.www.belfasttelegraph.co.uk

Today in LGBT History – December 4 | Ronni Sanlohttps://ronnisanlo.com › today-in-lgbt-history-decembe…Dec 4, 2017 — The vigil from her death goes on to become the Transgender Day of Remembrance. In response to her murder, an outpouring of grief and anger led …