1662, Spain – A leader of the Mexican Inquisition sent a letter to his supervisors in Spain complaining that the severe punishments given to sodomites had been ineffective. He noted that over 100 had been indicted, that a large number of the offenders were clergy, and that torture had been used to extract confessions.

1894, Denmark – Willem Arondeus (August 22, 1894 – July 1, 1943) is born. He was a Dutch artist and author, who joined the Dutch anti-Nazi resistance movement during World War II. He participated in the bombing of the Amsterdam public records office to hinder the Nazi German effort to identify Dutch Jews. Arondeus was caught and executed soon after his arrest. He was openly gay before the war and defiantly asserted his sexuality before his execution. In his last message before his execution, Arondeus, who had lived openly as a gay man before the war, asked his lawyer to “Let it be known that homosexuals are not cowards!”

1895, Hungary – László Ede Almásy de Zsadány et Törökszentmiklós (August 22, – March 22, 1951) is born. He was a Hungarian aristocrat, desert explorer, aviator, scout leader and sportsman who served as the basis for the protagonist in both Michael Ondaatje‘s novel The English Patient (1992) and the movie adaptation of the same name (1996). Letters discovered in 2010 in Germany written by Almásy prove that, unlike the fictionalized character of the film, he was in fact gay. His lover was a young soldier named Hans Entholt, who was an officer in the Wehrmacht and who was killed by stepping on a landmine. A staff member of the Heinrich Barth Institute for African Studies where the letters are located, also confirmed that “Egyptian princes were among Almásy’s lovers.” The letters confirmed that Almásy died from amoebic dysentery in 1951.

1914, France – Violette Morris (April 18, 1893 – April 26, 1944), marries a man on this day. She won two gold and one silver medals at the Women’s World Games in 1921–1922. Starting in 1936 she worked with the Gestapo during World War II. She was killed in 1944 in a Resistance-led ambush as a traitor to the French state. Morris was a gifted athlete, becoming the first French woman to excel at shot put and discus, and playing on two separate women’s football teams. She played for Fémina Sports from 1917 until 1919, and for Olympique de Paris from 1920 to 1926. Both teams were based in Paris. She also played on the French women’s national team. She was refused license renewal by the Fédération Française sportive Féminine (FFSF – French Women’s Athletic Federation) amid complaints of her bisexual lifestyle and was therefore barred from participating in the 1928 Summer Olympics. The agency cited her lack of morals, especially in light of the fact that one of her lovers, Raoul Paoli, made public her bisexuality. Paoli had recently left Morris after she had initially decided to undergo an elective mastectomy in order to fit into racing cars more easily. At the end of December 1935, Morris was recruited by the Sicherheitsdienst(Security Service), a wing of the infamous SS of Nazi Germany. She was invited, with honor, to attend the 1936 Summer Olympics in Berlin at the personal behest of Adolf Hitler. She was killed along a country road by members of a French resistance group on 26 April 1944, at the age of 51, while out driving with friends who were also collaborators.

1915, UK – Birth date of British actor Hugh Paddick  (August 22, 1915 – November 9, 2000)  in Hoddesdon, Hertfordshire. He was an English actor whose most notable role was in the 1960s BBC radio show Round the Horne, in sketches such as “Charles and Fiona” (as Charles) and “Julian and Sandy” (as Julian). Both he and Kenneth Williams are largely responsible for introducing the underground language polari to the British public. Paddick was gay and lived for over thirty years with his partner Francis. The two men were keen gardeners at their west London home. He was distantly related to Brian Paddick, Britain’s first openly gay police commander. Paddick died in Milton Keynes, Buckinghamshire in November 2000, aged 85.

1927 – James Kirkwood Jr.  (August 22, 1924 – April 21, 1989) is born in Los Angeles. He was an American playwright, author and actor. In 1976 he received the Tony Award, the Drama Desk Award for Outstanding Book of a Musical, and the Pulitzer Prize for Drama for the Broadway hit A Chorus Line.

An early form of karaoke is introduced at the Radio Show at Earl’s Court in London, England. A new machine allows the integration of voice to guitars, tapes and even radio, making it possible to sing and play along with records.

1965 – David Peter Reimer is born (August 22, 1965 – May 4, 2004). He was a Canadian man born biologically male but  who was reassigned as female by Dr. John Money after his penis was destroyed in infancy by a botched circumcision. He committed suicide in 2004. In 955, Money (1921-2006), a sexologist and psychologist, introduced the concept of ‘gender role’ into the transsexual debate. Money later was heavily criticized over Reimer’s suicide. David Reimer, an identical twin, was mutilated at 8-months old in a botched circumcision and then surgically reassigned by Money and raised as a girl. But he never felt female on the inside (even though his parents followed Money’s advice and hid the fact of his birth sex from him), despite Money’s claims to the contrary. His life, especially at school, was sheer hell because others never really perceived him to be a girl either, despite his girl drag. By age 16, Reimer underwent a second reassignment at his own insistence so that he could live as the boy he knew himself to be. In the meantime, however, Money had convinced the medical establishment and the lay public, despite growing evidence to the contrary in his “girl” twin, that babies could be arbitrarily assigned a gender with no psychological consequences. Today, still, five children a day are surgically “corrected” at birth because of this one “case study” and Money’s defense of his handling of David’s life. With the help of Drs. Milton Diamond and H.K. Sigmundson, Reimer would finally tell the medical establishment the truth about his life in 1997 in the Archives of Adolescent and Pediatric Medicine, [“Sex reassignment at birth. Long-term review and clinical implications” Arch Pediatr Adolesc Med, Mar 1997; 151: 298 – 304.], challenging the firmly established medical and popular myth that gender was mostly a function of nurture rather than nature. Later that year, Reimer would work with author John Colapinto to tell his story to the lay public, first under a pseudonym, in Rolling Stone

Anne Murray‘s “Snowbird” enters Billboard’s Hot 100 on its way to a million seller, marking the first time in history that an American Gold record was awarded to a solo Canadian female.

Elton John signed with UNI, a division of MCA Records.

Bob Dylan, Peter, Paul & Mary and Joan Baez were at the Odeon Theatre in Edinburgh, Scotland.

1972 – John Wojtowicz and Sal Naturale attempted to rob the Chase Manhattan Bank in Brooklyn to get money for Wojtowicz’s lover’s sex change operation. Naturale was shot to death. The incident became the subject of the 1975 movie “Dog Day Afternoon” with Al Pacino. Wojtowicz was sentenced to 20 years.

Queen performed at the Spectrum in Philadelphia, Pennsylvania.

1983 – Organizers of a Washington march, marking the 20th anniversary of Dr. Martin Luther King Jr.’s “I Have a Dream” speech, announce that no representatives from gay or lesbian rights groups will be allowed to speak. A group of lesbians and gay men stage a sit-in at the organizers’ office in response. Bayard Rustin, an openly gay man, was one of the primary organizers of the 1963 March.

“Who’s That Girl” by Madonna became her sixth number one and 13th consecutive Top 10 song.  The track was from the soundtrack album of the motion picture of same name.

At five “I Want Your Sex” by George Michael,

In an interview publishes by the St Petersburg Times (Florida, not Russia), openly gay Rep. Barney Frank said the outing of hypocrites was justified.

The North Charleston, South Carolina, City Council revoked the license of a health club for gay and bisexual men on the grounds that it was a sexually oriented business.

Hundreds picket at the Coral Ridge Presbyterian Church to protest the Truth In Love newspaper ad campaign which claimed gays and lesbians can be “cured” by becoming Christians. The church in Fort Lauderdale, Florida, is a major player in spreading hatred for the gay community.

Elton John, playing the second of two shows at the Arrowhead Pond of Anaheim, is joined on stage by comedian Jim Carrey. They perform “Rocket Man” as a duet.

Queen‘s guitarist Brian May was awarded a doctorate in Astronomy, 36 years after starting his thesis. May, who abandoned his studies to pursue a career in music, was told of his success after taking a three-hour exam to discuss his work. The 60-year-old, who handed in his 48,000-word tome earlier in the month, said: “You can call me Dr. May!” 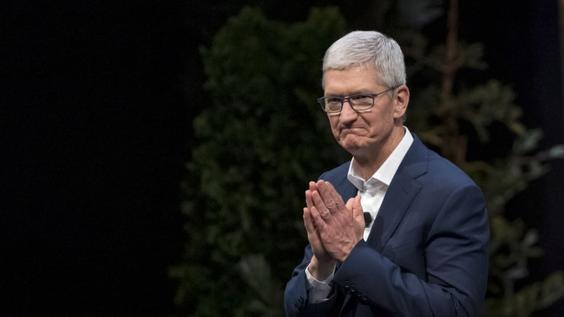 With 9 Words, Tim Cook Just Explained the Biggest Problem With Facebook | Inc.comIt’s about the paradox of privacy and digital technology. 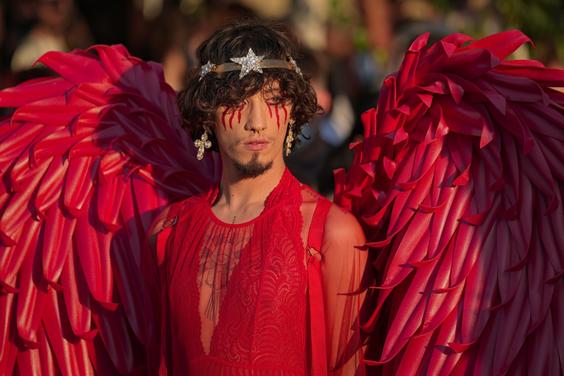 Romania’s LGBT community sees gains, ongoing rights struggle – RMOToday.comBUCHAREST, Romania (AP) — The last person jailed for being gay in Romania walked free in 1998. The country decriminalized homosexuality three years after that, in 2001, while reforming its laws to qualify for membership in the European Union.www.rmotoday.com 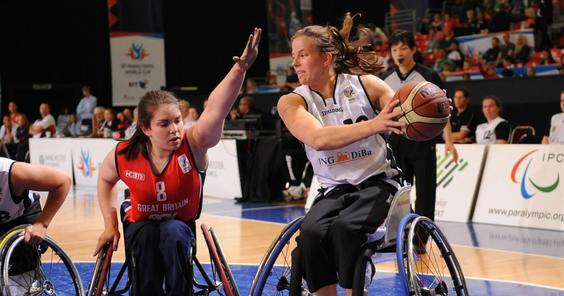 Tokyo Paralympic Games welcomes record number of LGBTQ athletes<p>When the 2020 Paralympics kick off on Aug. 24, there will be at least <a href=”https://www.outsports.com/2021/8/16/22623849/lgbtq-paralympics-out-athletes-towww.nbcnews.com 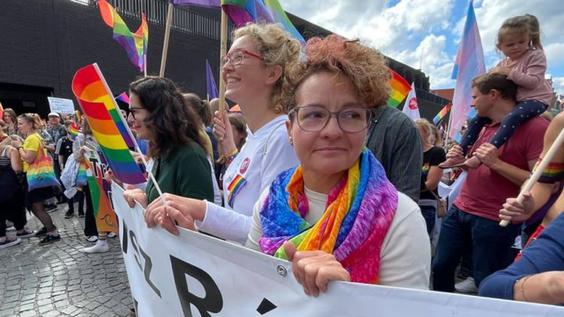