1721, Germany – Catherina Margaretha Linck (died 1721)is executed for female sodomy. She was a Prussian woman who for most of her adult life presented as a man named Anastasius Lagrantius Rosenstengel. She married 18-year-old Catharina Margaretha Mühlhahn, and, based on their sexual activity together (court records detail their sexual activities), was convicted of sodomy and executed by order of King Frederick William I. Linck’s execution was the last for lesbian sexual activity in Europe and an anomaly for its time. Linck’s story was the subject of a play, Executed For Sodomy: The Life of Catharina Linck, performed at the Edinburgh Festival Fringe in 2013.

The New York Times publishes a review of Gale Wilhelm’s (April 26, 1908 – July 11, 1991) lesbian novel We Too Are Drifting.The reviewer refers to reading about “Sapphic intimacy” as chilling, and said that while the author had a poetic style and was clearly talented, the subject matter was the book’s major fault. Wilhelm lived with Helen Hope Rudolph Page in San Francisco from 1938 until Page’s death in the late 1940s. Barbara Grier  (November 4, 1933 – November 10, 2011), owner of Naiad Press, spent several years attempting to locate Wilhelm. The 1984 Naiad Press edition of We Too Are Drifting included a foreword by Grier describing Wilhelm’s life and pleading for any assistance from anyone who knew any information on the whereabouts of Wilhelm.By the time Naiad published Torchlight to Valhalla in 1985, it contained a foreword by Wilhelm herself, information given to Grier by an anonymous source.Grier speculated that Wilhelm stopped writing before she turned 40 years old because “the world would not let her write the books she wanted.” Wilhelm lived with Kathleen Huebner from 1953 until Wilhelm’s death in 1991 of cancer.

On the USA Song charts,  Barbra Streisand had song #3–“The Main Event/Fight” while at seven  Anita Ward with “Ring My Bell” and Elton John landed his 16th Top 10 hit with “Mama Can’t Buy You Love”.

George Michael was at No.1 on the UK singles chart with his first solo single ‘Careless Whisper.’ It made George the first person to reach No.1 as a solo artist and a member of a band in the same year. It gave Epic records UK their first UK million seller and the song was No.1 in nearly 25 countries, selling over six million copies worldwide.

The Centers for Disease Control announced that syphilis and hepatitis B among gay men decreased dramatically since 1982 but had increased among heterosexuals.

George H.W. Bush signs the law which provides funding for services for people living with HIV/AIDS. The act is named after Ryan White, The Ryan White HIV/AIDS Program was named for a courageous young man named Ryan White who was diagnosed with AIDS following a blood transfusion in December 1984. Ryan White was diagnosed at age 13 while living in Komono, Indiana and was given six months to live. When Ryan White tried to return to school, he fought AIDS-related discrimination in his Indiana community. Along with his mother Jeanne White Ginder, Ryan White rallied for his right to attend school – gaining national attention – and became the face of public education about his disease. Surprising his doctors, Ryan White lived five years longer than predicted. He died in April 1990, one month before his high school graduation and only months before Congress passed the legislation bearing his name in August 1990 – the Ryan White Comprehensive AIDS Resources Emergency (CARE) Act.

Giuseppe Mandanici, 33, was shot three times but survived the attack. Police believed it to be an act of random violence until they discovered that his father had paid a hit man $1 million lire (approx. $700 US) to kill his son because he could not come to terms with his son’s homosexuality.

Kanye West called for an end to homophobia in the hip-hop community during an MTV interview saying ‘hip-hop was always about speaking your mind and about breaking down barriers, but everyone in hip-hop discriminates against gay people. Not just hip-hop, but America just discriminates, I wanna just, to come on TV and just tell my rappers, just tell my friends, ‘Yo, stop it’.”

It was announced the Lisa Marie Presley had founded a new organization called Presley Charitable Foundation. It was created to help people in need. The first Presley Place was in New Orleans, LA. 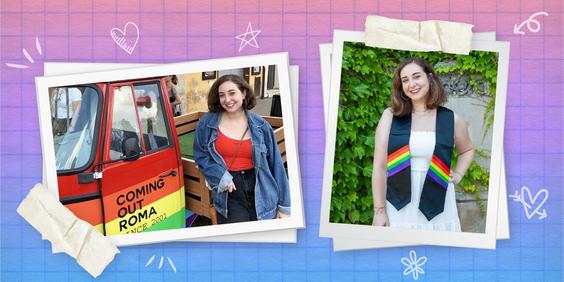 What I’ve Learned As a Bisexual Woman in a Straight RelationshipI experience “straight-passing privilege” and have questioned my right to queer spaces, but my sexuality does not depend on my partner’s gender.www.insider.com 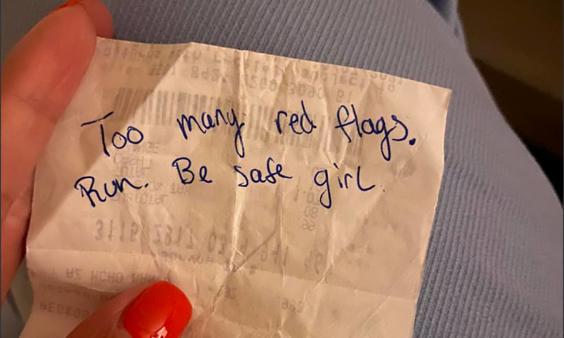 Gay guy slips warning note to woman on an unsettling date: ‘Run. Be safe girl’A woman’s story about her unsettling date and the note a kind gay man left her went viral on Twitter – and for good reason.www.pinknews.co.uk 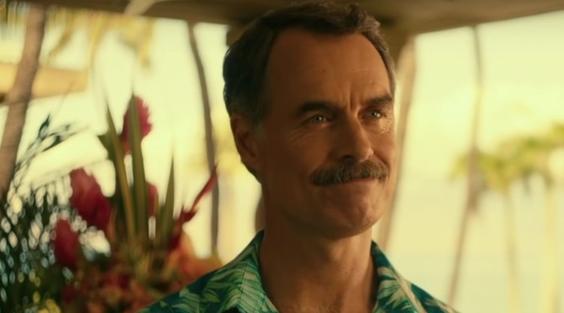 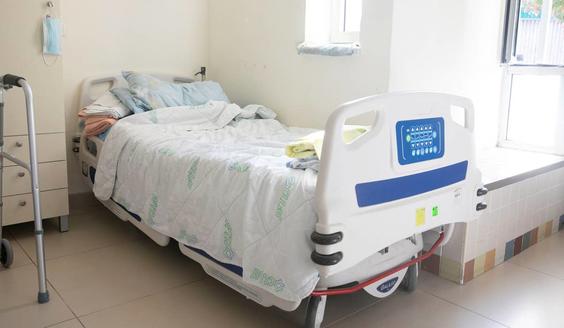 PrEP condom rejection: Why don’t gay men want to use rubbers anymore?I didn’t get the memo about this one.slate.com 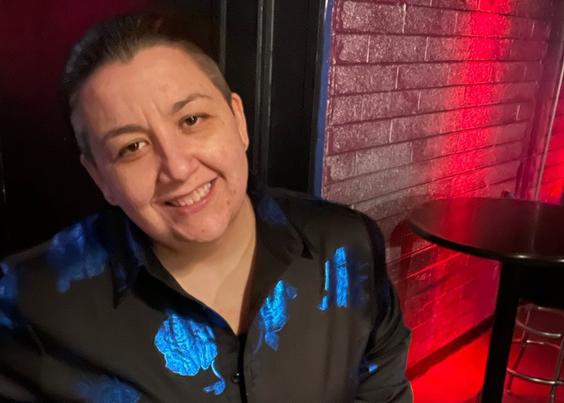 Phoenix Lesbian Nightspot Boycott Bar Is Back in Business | Phoenix New TimesThere are fewer than two dozen lesbian bars left in America, and Phoenix’s Boycott Bar is one of them.www.phoenixnewtimes.com 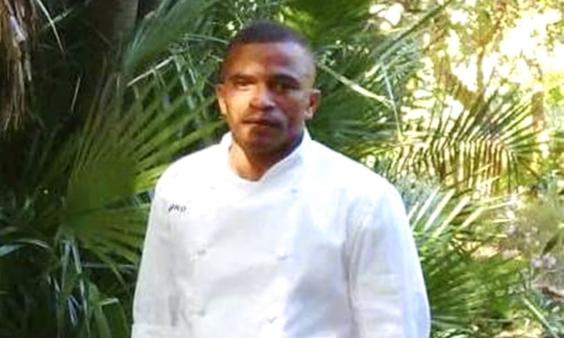 Despicable thug who raped lesbian neighbour to ‘make her a woman’ jailed for lifeA man who raped his lesbian neighbour in a bid to “make her a woman” has been jailed for life in South Africa. Albro McLean, 41, from Cape Town, sexually assaulted the woman, who was described as a “long standing neighbour”, on 28 August, 2017. He was serving a suspended sentence for the sexual assault … Continuedwww.pinknews.co.uk 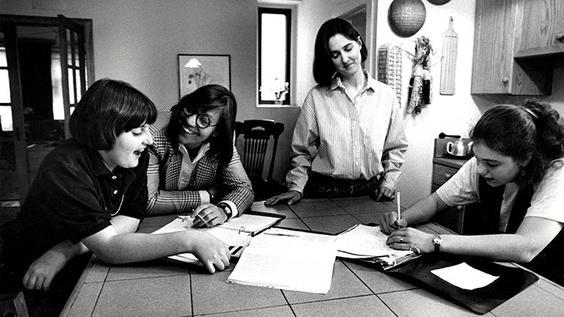 In ‘Nuclear Family,’ A Lesbian Family Fights To Stay TogetherThe HBO docuseries depicts the landmark case between a lesbian couple and the sperm donor who sued for parental rights.www.advocate.com 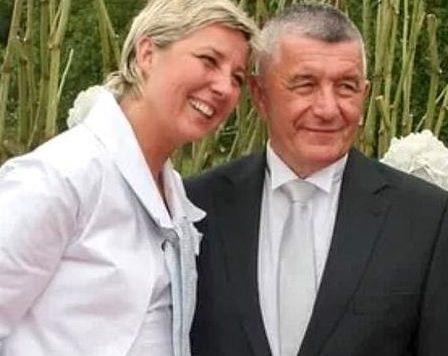 Formula 1 boss and lesbian lover murdered in bed by her hubby | Toronto SunA Formula 1 high flier and her lesbian mistress were shot to death after her hubby found the pair together in bed.torontosun.com