“Recently, the following new emoji were released: a plunger, an olive, a dodo bird, and a beaver. Notably, the transgender flag was included,” Marino wrote. “Seeing that the powers that be (Unicode; Google, Facebook and Apple are members) finally were open to inclusive representation, a bisexual flag emoji was proposed — and rejected, for no reason.”

Indeed, Unicode — which hasn’t responded to multiple requests for comment — didn’t give Marino a reason for the rejection in their email, which he screenshotted in his blog post.

https://www.pinknews.co.uk/2020/11/24/bisexual-pride-flag-emoji-plans-rejected-unicode-consortium-tanner-marino/Plans for bisexual flag emoji rejected by Unicode ConsortiumPlans for a bisexual flag emoji have been rejected by the Unicode Consortium, the body that governs the internationally-recognised symbols.www.pinknews.co.uk

https://gaynation.co/world-emoji-day-trans-daddy-and-non-binary-royalty-on-list-of-possible-new-emojis/World Emoji Day: Trans Daddy and Non-Binary Royalty on List of Possible New Emojis | Gay NationWorld Emoji Day has arrived and a brand new selection of draft emojis have been released and you can vote on which ones you want to keep.gaynation.co

so binary people are supposed to what? individuals can vary as they seek, but demographic groups exist for reasons 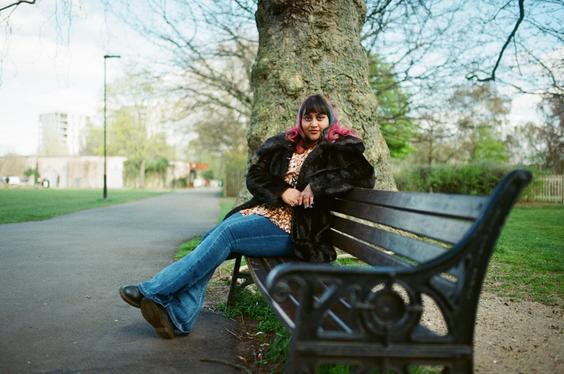 What do non-binary people really need? The dismantling of all binaries, for goodWhat does it mean to be non-binary? For me, it means freedom, writes journalist Prishita Maheshwari-Aplin.www.pinknews.co.uk

Heterosexual women, even the white ones do not have equality and have not had an end to the issues that impact all women

not police man but police officer

not fire man but fire fighter

not chairman but chair person

neutral was either and can be neither

heteronormativity is not limited to one way to be either gender of heterosexual, who are monosexually attracted to the other of the pair needed for a sexually reproducing species

with bisexuals engaging in both procreative and non-procreative sexual activity

as there is no one way to be a lesbian, or gay man or bisexual person

but there are ways that words occur, and it is to be consistent with word conventions and common meaning, which gives words both a dictionary meaning and a personal meaning

especially words used both as slurs and as reclaimed words

which, every single word in LGB and T was, queer as all are not heterosexual

so to each group their own definition, and non interfere with others

including ending value judgement or expecting persons to define their sexuality in terms of who one does not find appealing to date, as sexuality is a positive expression of who one seeks to date, mate and pair (or more) bond with intimacy

https://www.hrc.org/news/international-non-binary-day-2021-interviews-with-three-of-hrcs-youth-ambassadorsInternational Non-Binary Day 2021: Interviews with three of HRC’s Youth Ambassadors – HRCInternational Non-Binary Day, celebrated around the world every year on July 14th, is an occasion to lift up non-binary members within the LGBTQ community. At a time when young people’s identities are being targeted by legislation in multiple states, it is crucial to remind LGBTQ young people that their identities are valid – and worth fighting for.﻿www.hrc.org