1903, Germany – “I am of the firm conviction,’ Sigmund Freud famously wrote to the newspaper Die Zeit in 1905, that homosexuals must not be treated as sick people.”

1951  – The Belgium postal service issues stamps with gay lovers Paul Verlaine and Arthur Rimbaud. Jean Nicolas Arthur (20 October 1854 – 10 November 1891) was a French poet who is known for his influence on modern literature and arts, which prefigured surrealism. Rimbaud was known to have been a libertine and for being a restless soul, having engaged in an at times violent romantic relationship with fellow poet Paul Verlaine, which lasted nearly two years. Paul-Marie Verlaine (30 March 1844 – 8 January 1896) was a French poet associated with the Decadent movement. He is considered one of the greatest representatives of the fin de siècle in international and French poetry. Rimbaud and Verlaine began a short but torrid affair. They led a wild, vagabond-like life spiced by absinthe and hashish, and were known as the “poets from hell.”

31 year old Salvatore Philip Bono marries 18 year old Cherilyn Sarkisian La Piere. For a time they performed together as Caesar and Cleo before changing the name of their act to Sonny and Cher. Their union lasted 12 years – and produced Chaz Bono

1970 – Forty members of the Gay Activist Alliance including Vito Russo (July 11, 1946 – November 7, 1990), Morty Manford (1950-1992), Jim Owles (1947-1993), Arnie Kantrowitz (born November 26, 1940,, and Arthur Evans, and Columbia graduate student Pete Fisher invade the offices of Harper’s Magazine with a news crew from WOR-TV New York to protest the article  “Homo/Hetero: The Struggle for Sexual Identity which presented homosexuality as a mental illness. The article was written by Joseph Epstein who lamented homosexuals as “an affront to our rationality”. GAA president Arthur Evans verbally attacked editor Midge Decter for publishing an article which would add to the suffering of homosexuals. Although the Harper’s zap falls to elicit an official response from the magazine, it has an enormous impact oil future media coverage of lesbian and gay issues, in addition to leading to GAA’s national Television debut in a three part television news series on gay liberation.

1970: To protest a September 1970 Harper’s cover story entitled “The Struggle for Sexual Identity,” in which editor Joseph Epstein had lamented homosexuals as “an affront to our rationality” and homosexuality as “anathema,” Columbia graduate student Pete Fisher stages a sit-in at the magazine’s Park Avenue offices with 40 other Gay Activists Alliance (GAA) members. Although the sit-in does not elicit an official response from the magazine, it leads to GAA’s national Television debut and has an enormous impact on future media coverage of lesbian and gay issues.

1977, Canada – A meeting between Quebec Human Rights Commission and representatives of the gay group ADGQ results in public recommendation that the government amend Human Rights Charter to include sexual orientation.

During a US tour Elton John collapsed on stage at Hollywood’s Universal Amphitheatre suffering from exhaustion.

Lesbian fave: Anne Murray’s “Broken Hearted Me” was #1 on the Easy Listening chart for the third straight week, giving the popular Canadian 23 weeks at #1 in her career in that genre

Queen and David Bowie released the single “Under Pressure” in the U.S.

1990: After 38 years on the books, a federal law prohibiting gay and lesbians foreigners from entering the U.S. is repealed by Congress.

1992, Canada – The Federal Court of Canada orders the military to lift the ban on gay and lesbian service personnel. The Defense Department declined to appeal the decision.

1992 – Allen Schindler (December 13, 1969 – October 27, 1992) , a gay American sailor, is beaten to death by his shipmates for being gay.  He was killed in a public toilet in Sasebo, Nagasaki, Japan, by Terry M. Helvey, who acted with the aid of an accomplice, Charles Vins, in what Esquire called a “brutal murder”. The case became synonymous with the debate concerning GBT members of the military that had been brewing in the United States culminating in the “Don’t ask, don’t tell” bill. The events surrounding Schindler’s murder were the subject of ABC’s 20/20 episode and were portrayed in the 1997 TV film Any Mother’s Son. In 1998, Any Mother’s Son won a GLAAD Media Award for Outstanding Made for TV Movie.

1992: The Federal Court of Canada orders the Canadian military to stop discriminating against gays.

1992: Allen R. Schindler, Jr., an American Radioman Petty Officer Third Class in the United States Navy, is brutally murdered for being gay. He was killed in a public toilet in Sasebo, Nagasaki, Japan by shipmate Terry M. Helvey, who acted with the aid of an accomplice, Charles Vins. The ensuing murder case becomes synonymous with the gays in the military debate that had been brewing in the United States culminating in the “Don’t ask, don’t tell” bill.

October 27, 1997 – BET-TV withdrew an invitation to Keith Boykin (born August 28, 1965) to appear on a show with Angie and Debbie Winans. The Winans objected to his presence on the show which featured their anti-gay song “It’s Not Natural.” Keith Boykin is a CNN political commentator and a former White House aide to President Bill Clinton. He teaches politics at the Institute for Research in African-American Studies at Columbia University in New York. Boykin’s wrote the book For Colored Boys Who Have Considered Suicide When The Rainbow Is Still Not Enough August, 2012. From December 2003 until April 2006, Boykin served as president of the board of the National Black Justice Coalition, a Washington-based civil rights organization dedicated to fighting racism and homophobia which he co-founded.

1997 – Tommy Windsor, a top investigator with the South Carolina’s Attorney General’s office, is forced to resign  after emailing derogatory comments about people of color and homophobic slurs.

Jazz singer Peggy Lee suffered a stroke and was hospitalized. She was left mute from the stroke.

USA:  The Fourth Court of Appeals in San Antonio, Texas rules in Littleton v. Prange a post-operative transgender woman remains legally male and therefore her marriage to a biological male was invalid.

Blogger Nina Notes: marriage equality did not impact heterosexuals, and only changed queer culture to where now trans are trying to force heterosexuality on gays and especially lesbians with gender role reversal as if that is identity from demographic

1999 – U.S. Democratic presidential candidates Al Gore and Bill Bradley promised that if elected they would do everything in their power to ensure equal rights for gay and lesbian Americans.

2003: Statistics from the U.S. Federal Bureau of Investigation show that 16.7 percent of hate crimes committed in the country in 2002 were due to bias against the victim’s perceived sexual orientation, the highest rate in the 12 years federal records have been kept.

2005 – WNBA basketball player Sheryl Swoopes (born March 25, 1971) comes out. She is a retired American professional basketball player. She was the first player to be signed in the WNBA, is a three-time WNBA MVP, and was named one of the league’s Top 15 Players of All Time at the 2011 WNBA All-Star Game. Swoopes has won three Olympic gold medals. She was elected to the Naismith Memorial Basketball Hall of Fame in 2016. In 2017, she was inducted into the Women’s Basketball Hall of Fame.

2013Velvet Underground frontman Lou Reed died at the age of 71. An admitted hard drinker and drug user for many years, he underwent a liver transplant in Cleveland in April 2013. Afterwards he claimed on his website to be ‘bigger and stronger’ than ever.

The Pet Shop Boys’ ‘Always On My Mind’ was voted the top cover version of all time in a BBC Music vote. The song, written by John Christopher, Mark James and Wayne Carson, was first made famous by Brenda Lee and Elvis Presley in 1972.

“image one thing a human being another” – Elvis Presley 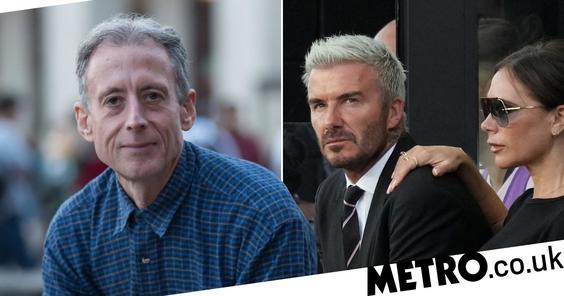 David Beckham warned Qatar deal ‘will damage’ his LGBT-friendly image | Metro NewsPeter Tatchell has warned David Beckham that he is doing ‘grave damage’ to his gay icon status by becoming an ambassador for Qatar.metro.co.uk 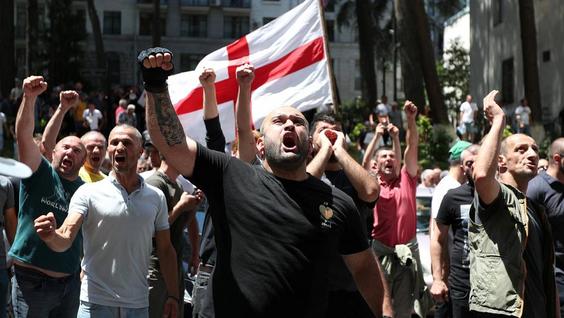 Fear and loathing in Tbilisi as homophobic attack pain remains raw | EuronewsFour months on from a homophobic attack, @TbilisiPride’s offices have reopened. But the psychological scars remain.www.euronews.com 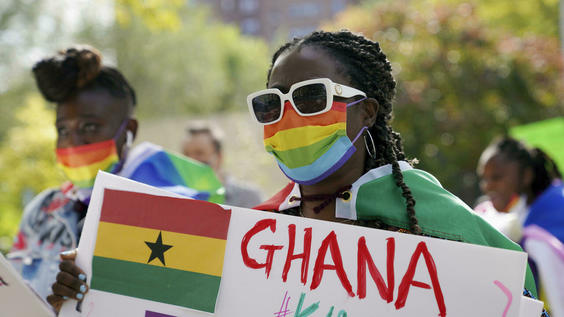 Ghana: Proposed bill threatens homosexuals with long prison termsGhana’s parliament began considering a bill that would criminalise homosexuality and make advocating for LGBT people a crime. Human rights activists have sounded the alarm at plans to prosecute the L…www.france24.com 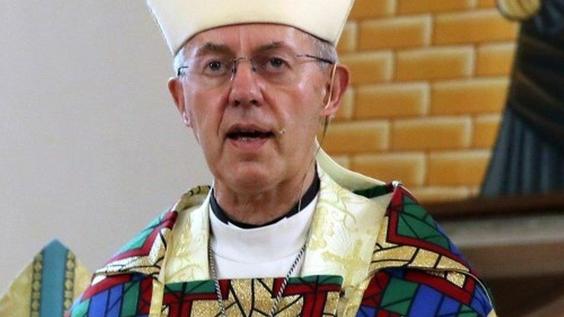 Archbishop of Canterbury criticises Ghana anti-LGBT billJustin Welby says he is “gravely concerned” by a Ghanaian proposal that would punish people for being gay.au.news.yahoo.com 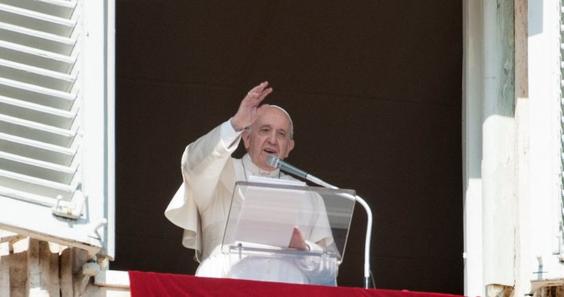 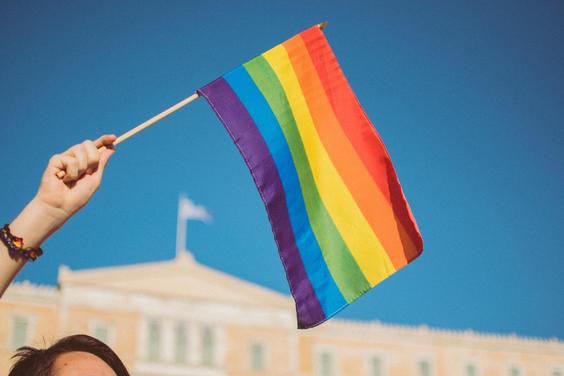 Being LGBT in Portuguese schools – The Portugal NewsThe LGBT community, as it is commonly called, is an acronym that encompasses some of the existing sexual orientations: lesbians, gays, bisexuals and…www.theportugalnews.com

women and lgbt is not a group.. it is “not heterosexual men” 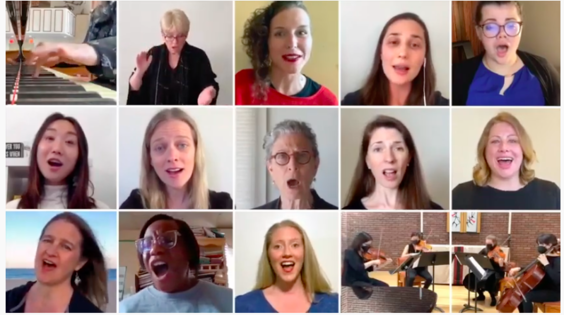 Together in Song: Women’s and LGBT Choruses Safely Thrive Amidst the Pandemic – Ms. Magazinemsmagazine.com

it is not a claim – it is observation

without name calling, without arguing over word meaning

because those are red flags for exactly what kind of relationship is offered: abusive 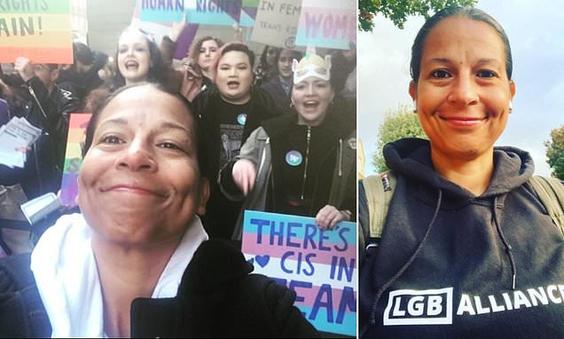 Lesbian claims she’s seen people who identify as trans women ‘bully’ young girls into relationship | Daily Mail OnlineEXCLUSIVE: Lucy Masoud, 43, from London, responded to claims that lesbians have faced accusations of transphobia if they admit they are not attracted to trans women.www.dailymail.co.uk