1884 – Eleanor Roosevelt (October 11, 1884 – November 7, 1962) is born. Famed for her work as a human rights activist and for her outspokenness as first lady, Roosevelt was also bisexual. She had long-term relationships with her husband, Franklin, and her dear friend, Lorena Hickock (March 7, 1893 – May 1, 1968). Roosevelt cared deeply about humanity. She once wrote, of the need to save the Jewish people of Europe, “We will be the sufferers if we let great wrongs occur without exerting ourselves to correct them.” She worked to pass anti-lynching legislation. She wrote a column urging congress not to further abrogate the sovereignty of American Indians. She resigned from the DAR when they refused to let opera star Marian Anderson sing in their hall (because Anderson was African-American) and she arranged instead for her to sing at the Lincoln Memorial. She publicly opposed Apartheid long before world sentiment was united about it. She served as U.S. Ambassador to the United Nations. She was one of the most admired women in America in her day. Biographer Blanche Weisen has said that Roosevelt’s bisexuality and her relationship with Lorena Hickock were powerful influences on the human rights work she was so admired for.

1954 – Cleve Jones (born October 11, 1954) is an American AIDS and LGBT rights activist. He conceived the NAMES Project AIDS Memorial Quilt which has become, at 54 tons, the world’s largest piece of community folk art as of 2016. In 1983, at the onset of the AIDS pandemic Jones co-founded the San Francisco AIDS Foundation which has grown into one of the largest and most influential People with AIDS advocacy organizations in the United States. Jones conceived the idea of the AIDS Memorial Quilt at a candlelight memorial for Harvey Milk in 1985 and in 1987 created the first quilt panel in honor of his friend Marvin Feldman.

Elvis Presley , with Nick Adams along, arrived in Dallas by train to begin a brief tour

1981 – In Los Angeles, then twenty-one year-old Prince  (June 7, 1958 – April 21, 2016) opens for the Rolling Stones. He is booed off the stage with taunts of “Faggot!” and “F*cking queer!” Prince Rogers Nelson was an American singer, multi-instrumentalist, songwriter, and record producer.

Madonna was at No.1 on the UK singles chart with the title track from her album. ‘True Blue’ her third UK No.1. The title came from a favorite expression of her then husband Sean Penn and was a direct tribute to him.

The historic second March On Washington took place, drawing out around 500,000 attendees. Speakers at the event included Rev. Jesse Jackson and actress Whoopi Goldberg. The iconic AIDS memorial quilt was also displayed at this march, stitched together with more than 48,000 individual panels, the majority of which were dedicated to a loved one that had passed away from AIDS complications.

Seventy-five bisexuals march in the 1987 March on Washington For Gay and Lesbian Rights, which was the first nationwide bisexual gathering. The article “The Bisexual Movement: Are We Visible Yet?” by Lani Ka’ahumanu (born October 5, 1943) appeared in the official Civil Disobedience Handbook for the March. It was the first article about bisexuals and the emerging bisexual movement to be published in a national lesbian or gay publication

Coming Out Day was founded in 1988 by Richard Eichberg, a psychologist and Jean O’Leary, a gay rights activist, to raise awareness of the lesbian, gay, bisexual and transgender (LGBT) community and its civil rights movement. They chose October 11th to mark the anniversary of the second major National March on Washington for Lesbian and Gay Rights, which took place 1987. With estimates of half a million people participating, it was nearly five times the size of the first march in 1979. National Coming Out Day is observed throughout the U.S. and other countries around the world

More than 1,000 demonstrators in Maryland, led by ACT Up activists, invade the grounds of the Federal Food and Drug Administration to focus attention on the AIDS crisis and to protest the agency’s slow drug approval process. Nearly 150 demonstrators are arrested.

1993 – The US Supreme Court refuses to hear an appeal from a former CIA employee who was fired for acknowledging he was gay.

Elton John went to No.1 on the US singles chart with ‘Candle In The Wind 97’ A re-write of his 1974 hit about Marilyn Monroe. This version was raising funds for the Diana, Princess of Wales charity, following her death in Paris. It went on to become the biggest selling single in the world ever.

Freddie Mercury’s 1974 Rolls Royce Silver Shadow was offered for auction on eBay by his sister, Kashmira Cooke, who had inherited the car from him. The luxury vehicle had not appeared in public since 2002, when it had been used to transport the Bulsara family to the premiere of the Queen stage musical We Will Rock You. It came with a box of Kleenex Mansize tissues left in the car by Freddie.

Barbra Streisand went to No.1 on the US album charts with ‘Love Is the Answer’. Streisand’s ninth No.1 album, making her the only artist to have a number one album in America in five different decades.

The Human Rights Campaign (HRC) headquarters in Washington DC is vandalized by a group called Queers Against Assimilation. They throw pink and black glitter and paint at the building, calling the attack an “act of glamdalvism.”

George Michael was released from Highpoint Prison in Suffolk, England after serving four of an eight week sentence for driving under the influence of drugs. The singer had been arrested after crashing his car into the front of a Snappy Snaps store in Hampstead, North London in July of this year.

The group Queers Against Assimilation vandalized the Human Rights Campaign store in Washington, D.C. The radical activists threw pink and black paint and glitter on the building and left graffiti that read “Quit Leaving Queers Behind.” (h/t Quist)

2011 – Pioneering gay activist Frank Kameny dies (May 21, 1925 – October 11, 2011). Kameny was one of the most significant and iconic figures in the American gay rights movement.  In 1957, Kameny was dismissed from his position as an astronomer in the Army Map Service in Washington, D.C. because of his homosexuality, leading him to transform the gay rights movement of the early 1960s. 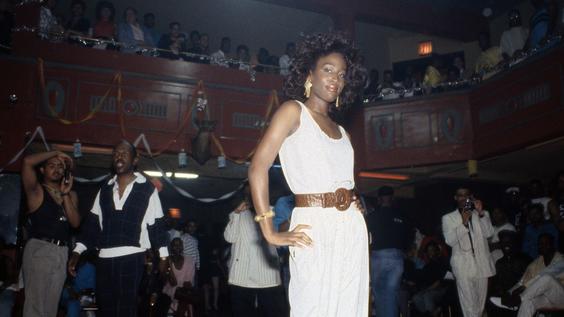 The Surprising History of Queer Words You Use Every Day | NewNowNextTerms like “twink,” “drag,” and “coming out” are fixtures of our LGBTQ lexicon. But where did they come from?www.newnownext.com

racism within the LGBTQ2? because it is homophobia against it

Nuclear Family Director Ry Russo-Young On End Of HBO Docuseries Tonight – DeadlineTurning the camera on her own family &amp; the rough legal battle that defined much of her childhood, brought a new POV to the Before I Fall helmerdeadline.com