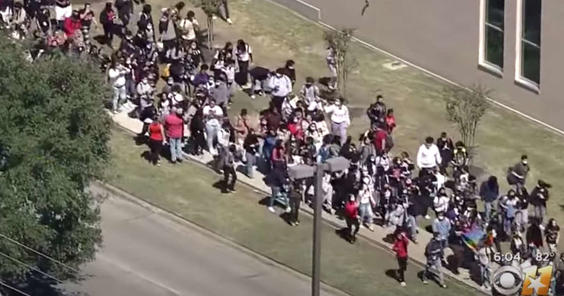 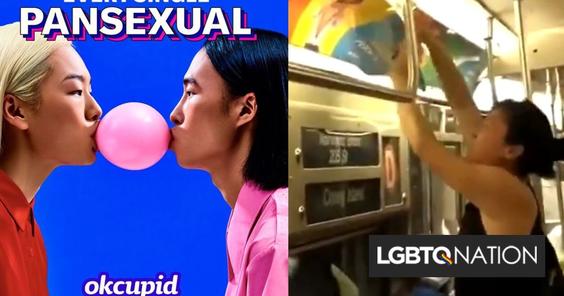 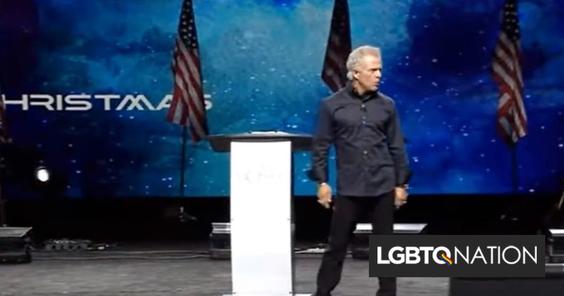 Charles Busch (August 23, 1954, actor and playwright, is born. He is an American actor, screenwriter, playwright and female impersonator, known for his appearances on stage in his own camp style plays and in film and television. He wrote and starred in his early plays Off-off-Broadway beginning in 1978, generally in drag roles, and also acted in the works of other playwrights. He also wrote for television and began to act in films and on television in the late 1990s. His best known play is The Tale of the Allergist’s Wife(2000), which was a success on Broadway.

Little Richard played at the Cotton Club in Lubbock, Texas, with Buddy Holly in the audience.

“Judy’s Turn To Cry” from Lesley Gore at six on the USA song charts.

Blogger Nina Notes: Musta been weird to lament Johnny when Judy would have been her real life choice.

Lou Reed and the Velvet Underground performed together for the last time at the New York Club ‘Max’s Kansas City’.

Canada – An article in the Toronto gay publication “The Body Politic,” entitled “Of men and little boys,” sparks a public outrage. Criminal charges are threatened but not laid.

The Heatwave Festival in Toronto, Canada took place with Talking Heads, Elvis Costello, The B-52’s, The Pretenders, Rockpile and The Rumour. Tickets cost $30, with only 50,000 people attending the festival lost over $1 million.

David Bowie was at No.1 on the UK singles chart with ‘Ashes To Ashes’ his second UK No.1. Taken from the Scary Monsters (and Super Creeps) album, the song continued the story of Major Tom from Bowie’s ‘Space Oddity’. The video for ‘Ashes to Ashes’ was one of the most iconic of the 1980s and costing £250,000, it was at the time the most expensive music video ever made

dropping to two,  “Shout” by Tears for Fears of the UK Second British Wave in the Genderfuck on the usa song charts

Queer Nation, ACT Up and The Lesbian Avengers: the Dyke era of lesbiandom

Queen, one of Britain’s most consistently successful groups of the seventies and eighties, became the first Rock band to receive official approval in Iran, where Western music is strictly prohibited. Lead singer Freddie Mercury, who died of AIDS in 1991, was of Iranian ancestry and bootlegged albums have been available for years.

Madonna kicked off her 86-date Sticky & Sweet Tour at the Millennium Stadium in Cardiff Wales. It became the highest grossing tour by a solo artist, breaking the previous record Madonna achieved with her 2006 Confessions Tour. Madonna’s first venture with Live Nation, was estimated to have grossed $280 million.

Jerry Leiber, a songwriting legend whose credits include “Hound Dog”, “Jailhouse Rock”, “Yakety Yak”, “Poison Ivy” and “Love Potion Number 9”, died at the age of 78. Leiber and his songwriting partner Mike Stoller were inducted into the Songwriters Hall of Fame in 1985 and the Rock and Roll Hall of Fame two years later.

Jailhouse Rock was written to see if Elvis would alter his singing for gay lyrics and he did not.

Hound Dog by Big Mama Thorton is about her cheating man, so Elvis’ is really him singing about himself – or just the part he called “Little Elvis”.

The last elvis fan screamed at by the Memphis mafia

Beyoncé captured four awards, including the Michael Jackson Video Vanguard Award, while Miley Cyrus won Video of the Year for “Wrecking Ball” at the MTV Video Music Awards at the Forum in Inglewood, California.

Elton John was awarded a Platinum record for his album “Captain Fantastic and the Brown Dirt Cowboy”. It was the first L.P. to sell one million copies on its first day of release.

Elton John plays “Bennie And The Jets” and “Philadelphia Freedom” on Soul Train, becoming just the third white performer to appear on the show, after Dennis Coffey and Gino Vannelli.

song charts at #6 Have You Never Been Mellow from Olivia Newton-John, with the Soundtrack to “Funny Lady” at #7,

“The Rose”, the title song from the movie in which she starred in, was #1 on the Adult Contemporary chart for Bette Midler.

Whitney Houston started a three week run at No.1 on the US singles chart with ‘Greatest Love Of All’, the singers third US No.1, a No.8 hit in the UK.

Incredibly, Whitney Houston climbed back to #1 on the Album chart in its 60th week of release.

Barry Manilow appears on CBS-TV’s Murphy Brown, where he sang “I Am Your Child”.

Chuck Berry, Fats Domino and Little Richard  performed together on the same stage for the first time at Sheffield Arena in Sheffield, England,   They were scheduled to appear in London the following night and in Birmingham on May 20, however Domino did not perform at either of those shows due to illness.

Songwriters Jerry Leiber and Mike Stoller, who wrote “Hound Dog”, “Jailhouse Rock”, “Love Me”, “Don’t” and many others for Elvis Presley, “Kansas City” for Wilbert Harrison and “Charlie Brown” for the Coasters, were given the Outstanding Achievement Award for Musical Collaborators by the National Association of Recording Merchandisers in Chicago, Illinois.

Jailhouse Rock being a gay song is why this is included.

Donna Summer, the 1970s pop singer known as the Queen of Disco, died of lung cancer, an illness she believed she contracted from inhaling toxic particles released after the September 11 terrorist attacks in New York. She won five Grammy Awards, six American Music Awards, and had three multi-platinum albums, including the hits ‘Hot Stuff’, ‘Love to Love You, and ‘Baby’ and ‘I Feel Love’.

Lisa Marie Presley performed her song “You Ain’t Seen Nothing Yet” on American Idol’s results show.

Dolly Parton made her New York City debut with a performance at the Bottom Line. Olivia Newton-John, Bruce Springsteen, Mick Jagger, Candice Bergen, and John Belushi are among those in the audience.

Kylie Minogue was at No.1 on the UK singles chart with her second solo No.1 ‘Hand On Your Heart.’

Doris Day, who scored two Billboard Top Ten hits in 1956 with “Whatever Will Be Will Be” and “Everybody Loves A Lover”, passed away at the age of 97 after contracting pneumonia. Besides making nearly forty movies, she also recorded more than six hundred songs and nearly thirty albums. Along with four movies with Rock Hudson