1824, France — Astolphe-Louis-Léonor, the Marquis de Custine  (18 March 1790 – 25 September 1857), is beaten and left for dead after propositioning a male soldier in Saint-Denis. The scandal forces him out of the closet, but he recovers and lives the rest of his life as an open ‘sodomite’ with his partner Edward St. Barbe. Custine maintains a successful social life in Paris. He was a French aristocrat and writer who is best known for his travel writing, in particular his account of his visit to Russia La Russie en 1839. This work documents not only Custine’s travels through the Russian empire, but also the social fabric, economy, and way of life during the reign of Nicholas

1904: Anna Ruhling became one of the first feminists to publicly speak out in favor of rights for same-sex attracted women. At a meeting of the Scientific Humanitarian Committee, one of the earliest organizations to take an active role in the gay rights movement, Ruhling attempted to link the women’s movement with rights for lesbians, criticizing her colleagues for not taking an active role in fighting oppression against same-sex attracted women.

After a five year absence, Little Richard makes his return to Rock ‘n’ Roll as he kicks off his first ever tour of the UK, sharing the bill with Sam Cooke.  Enthusiastic audience reaction to Cooke’s secular set convinced Richard to end his self-imposed exile and return to rock ‘n’ roll.

1970 – Kate Millet (September 14, 1934 – September 6, 2017), American feminist writer, artist, activist, and author of her 1970 book Sexual Politics, comes out as a lesbian. She becomes a seminal influence on second-wave feminism. She joins a growing women’s movement to acknowledge her sexual orientation at a Daughters of Bilitis meeting in New York City.

1970: In New York City, two policemen invade a private club to interrupt a Daughters of Bilitis-New York business meeting. The blatantly harassing nature of the police action persuades many members of the hitherto low profile group of the need for militancy.

1972: Demonstrators at the annual convention of the Association for the Advancement of Behavioral Therapy protest the continued use of “aversion therapy” to “treat” homosexuality.

1974: An episode of the American medical drama “Marcus Welby, M.D.,” titled “The Outrage,” became the center of a massive protest organized by The National Gay And Lesbian Task Force. The episode equated homosexuality with pedophilia by depicting a gay may as a middle school teacher who preyed on his students. In response, many sponsors pulled their advertising from the episode, including Bayer, Gallo Wine, Listerine, Ralston-Purina, Colgate-Palmolive, Shell Oil, Lipton, American Home Products, Breck, Sterling Drug and Gillette.

“True” by Spandau Ballet was awarded the #1 spot on the Adult Contemporary chart.

1985: A group of Latina/o lesbian, gay, bisexual and transgender (LGBT) activists formed the Austin Latina Latino Lesbian and Gay Organization (ALLGO). It acted as an LGBT rights organization that “envision[ed] a just and equitable society that celebrates and nurtures vibrant people of color queer cultures.”

Little Richard passed out behind the wheel of his vehicle while driving in West Hollywood and ran into a telephone pole, causing serious injury and forcing him to miss his Rock and Roll Hall of Fame induction. He returned to spiritual music again after his recovery.

Elton John, David Lee Roth and Cher appear on the opening night of The Late Show starring Joan Rivers. At the end of the program, the hostess stood next to Elton and joined him in singing “The Bitch Is Back”. Joan’s decision to host her own show without telling Johnny Carson, for whom she filled in for on The Tonight Show, would permanently sour the friendship between the two.

1987 – The Human Rights Campaign Fund (HRCF) begins running ads in response to an amendment introduced in the Senate by Sen. Jesse Helms (R-NC) and passed by the house and senate to restrict funding to AIDS organizations which distributed gay-related prevention literature.

1987 – At the University of Vermont in Burlington nineteen people are arrested in a demonstration protesting the CIA’s exclusion of gays and lesbians.

1990 – During a campaign speech, US Congressman Jesse Helms refers to gays and lesbians as “disgusting people marching in the streets demanding all sorts of things, including the right to marry each other.”

1990 – Placido Domingo and Andre Watts raise $1.5 million at a fundraiser for the Gay Men’s Health Crisis.

1992 – Episcopal bishop A. Theodore Eastman issues an order to clergy in Maryland not to bless same-sex unions.

1992, Canada – The lesbian comic book “Hothead Paisan #7” was seized from Toronto Women’s Bookstore. Officials sited “sexual degradation” as the reason for the seizure, though it contained no sex. The prohibition was lifted seven months later.

at 5 on teh USA song charts, John Mellencamp had his 10th Top 10 and 25th career hit “Wild Night” with help from Me’Shell Ndegeocello,

1997 – The National Black Lesbian and Gay Leadership Forum condemned gospel singers Angie and Debbie Winans for their anti-gay song “It’s Not Natural,” and BET-TV for providing them with a one-sided forum to promote their homophobic views. Earlier in the year, BET-TV refused to air MeShell NdegeOcello’s video “Leviticus Faggot,” about a black gay teenager’s struggle to come to terms with his sexuality.

1997: An episode of Ellen DeGeneres’ sitcom titled “Roommates” received an adult content warning because it contained a kiss between Ellen and another woman. The censorship reportedly infuriated Ellen, with her telling reporters: “I never wanted to be an activist, but now they’re turning me into one.”

1998, UK – Welsh secretary Ron Davies resigns after British tabloids reported he was robbed at knifepoint in a London park while looking for a male sexual companion. Bisexual Ronald Davies (born 6 August 1946) is a Welsh politician, former Secretary of State for Wales, former Member of Parliament and former member of the Welsh Assembly. He describes himself as a politician belonging to the “traditional left” who had “spent his life looking for a socialist progressive party”. He was a member of the Labour Party until 2004, then joining Forward Wales

2003: Marco, a character on “Degrassi: The Next Generation” played by Adamo Ruggiero (second from right in photo below), came out of the closet in conjunction with a two-part episode titled “Pride.” (h/t Quist)

2009 – President Barack Obama signs into law the Matthew Shepard and James Byrd, Jr. Hate Crimes Prevention Act. Shepard (December 1, 1976 – October 12, 1998), 21, was tortured and killed in Laramie, Wyo., because he was gay. Byrd  (May 2, 1949 – June 7, 1998), a 49-year-old black man, was chained to the back of a truck and dragged to death in Jasper, Texas. The hate crimes prevention law requires the FBI to track hate crimes based on gender and gender identity, and gives the Department of Justice the power to prosecute crimes motivated by the victim’s race, religion, national origin, gender, sexual orientation, gender identity or disability.

2009, Germany -The first openly gay member of the German government, Guido Westerwelle (27 December 1961 – 18 March 2016) takes office as Vice Chancellor and Foreign Minister to Angela Merkel. He was a German politician who served as Foreign Minister in the second cabinet of Chancellor Angela Merkel and as Vice Chancellor of Germany from 2009 to 2011, being the first openly gay person to hold any of these positions. He was also the chairman of the Free Democratic Party of Germany (FDP) from May 2001 until he stepped down in 2011. A lawyer by profession, he was a member of the Bundestag from 1996 to 2013. On 20 July 2004, Westerwelle attended Angela Merkel’s 50th birthday party accompanied by his partner, Michael Mronz. It was the first time he had attended an official event with his partner and this was considered his public coming-out. The couple registered their partnership on 17 September 2010 in a private ceremony in Bonn. Westerwelle died of leukemia at the age of 54.

Supreme Court of the USa article 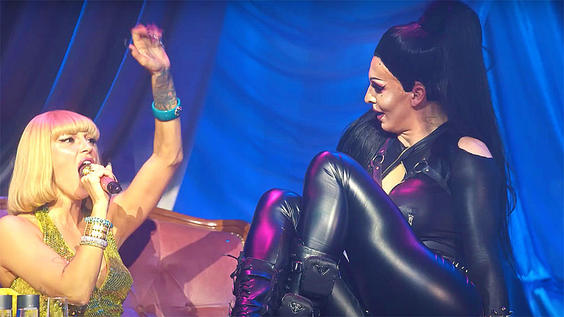 Why is a notorious opponent of gay rights now working to elect a lesbian attorney general? It’s not because he’s had a change of heart and wants to atone for past sins. It’s because the AG candidate in question, Sacramento County District Attorney Anne Marie Schubert, is his sister. 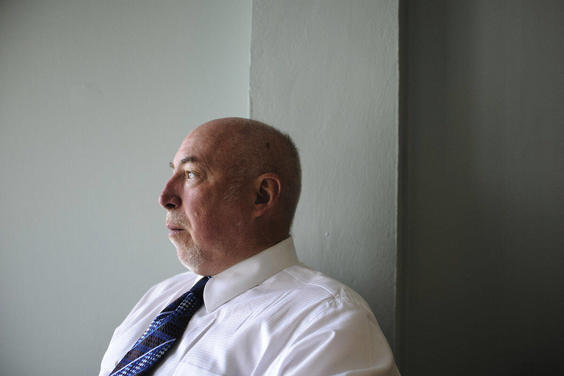 Why is an anti-LGBT crusader working to elect a lesbian in California? – The San Francisco ExaminerProp. 8 architect Frank Schubert campaigns for lesbian attorney general candidate in Californiawww.sfexaminer.com 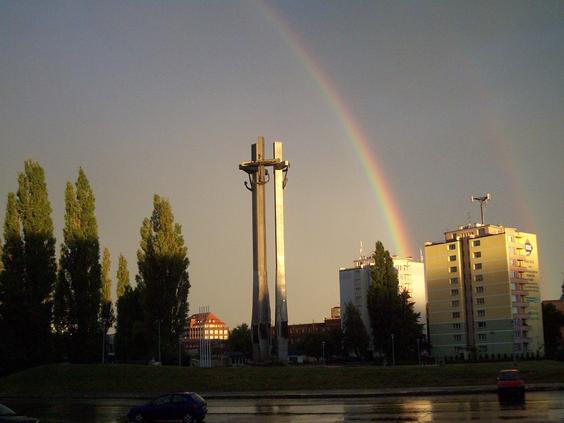 “LGBT-Free” Declarations Repealed In Poland: A Step Forward? Or A Cruel Game? – The Organization for World PeaceLast Monday, three Polish regional councils voted not to declare their provinces “LGBT-free zones” following the European Union’s threats to cut up to €126 million in funding to the local governmen…theowp.org 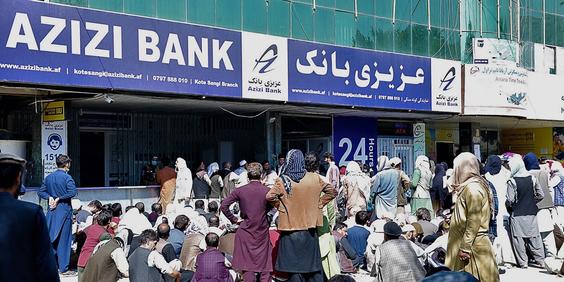 LGBTQ Afghans Facing ‘Violent Death’ Under Taliban Need Help, Advocates Say | PEOPLE.comActivist Nemat Sadat wants to raise awareness and money “the most vulnerable people in the most dangerous country” as LGBTQ advocates push U.S. and other countries to do morepeople.com 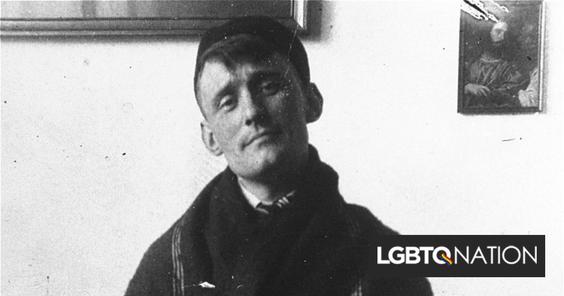 Meet the Dutch gay man who defied the Nazis & saved thousands of lives / LGBTQ NationBefore his execution in July 1943 at the hands of the Nazi party, Willem Arondeus asked his lawyer to spread a message after he was gone. “Let it be known,” he said. “Homosexuals are not cowards…www.lgbtqnation.comShareEmoji 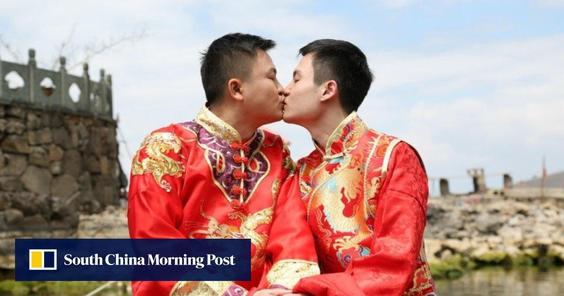 LGBT community in sights as China cracks down on ‘Western import’What began as an assault on the growing influence of tech giants has widened to include a wide swathe of Chinese society, with LGBT people increasingly a target.www.scmp.com 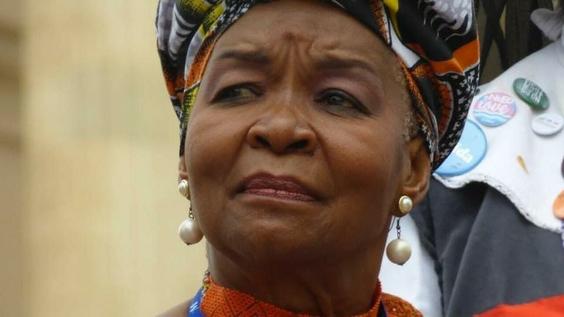 Alice Nkom, Cameroon’s tireless defender of LGBTQ rightsThe first female lawyer in Cameroon, Alice Nkom, has made it her life’s work to fight for the decriminalisation of homosexuality in a country where LGBTQ people face up to five years in prison. She h…www.france24.com 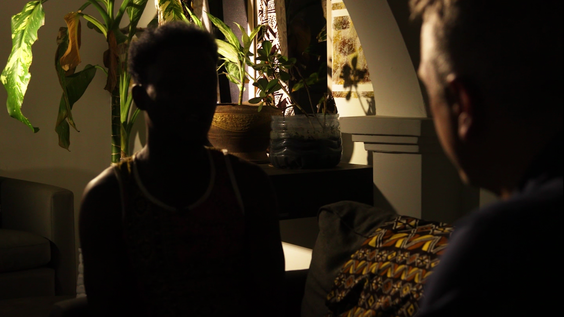 This draft bill gives LGBTQ members 2 options: Jail time or conversion therapy – CNN VideoCNN’s David McKenzie reports from Ghana as the country’s parliament is set to debate a bill that critics from the LGBTQ+ community call a “homophobe’s dream.”www.cnn.com 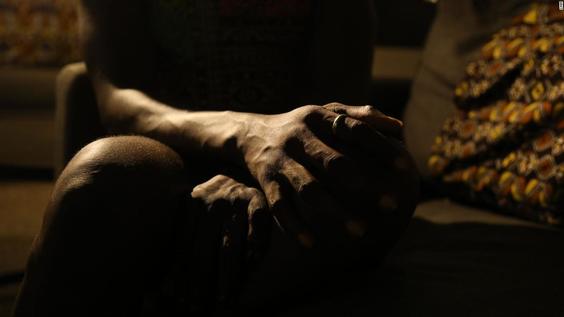 Ghana’s LGBTQ: How a US group with links to the far-right may have influenced a crackdown on the community – CNNGhana’s parliament is set to debate a draft bill — framed in the guise of “family values” — which seeks to introduce some of the harshest anti-LGBTQ laws on the African continent.www.cnn.com