1870, UK – Lord Alfred Douglas (22 October 1870 – 20 March 1945) is born near London. Forever known as Bosie, the boy lover of Oscar Wilde (16 October 1854 – 30 November 1900) was regarded at the time as a mincing queen intent on self-destruction. In the end it was Wilde who was destroyed. Bosie was a British author, poet, translator, and political commentator. Much of his early poetry was Uranian in theme, though he tended, later in life, to distance himself from both Wilde’s influence and his own role as a Uranian poet. Politically he would describe himself as “a strong Conservative of the ‘Diehard’ variety.”

1916 – Police in New York City raid an all-male Lafayette Bathhouse after agents from the New York Society for the Prevention of Vice, who had infiltrated the establishment, filed a detailed report. Thirty-seven men, including the manager, were arrested. Twenty-five of them were convicted and sentenced to prison. The manager committed suicide.

1963 – Brian Anthony Boitano (born October 22, 1963) is an American figure skater from Sunnyvale, California. He is the 1988 Olympic champion, the 1986 and 1988 World Champion, and the 1985–1988 U.S. National Champion. He turned professional following the 1988 season. He returned to competition in 1993 and competed at the 1994 Winter Olympics, where he placed sixth. In December 2013, Boitano was named to the United States delegation to the 2014 Winter Olympics in Sochi, Russia. In conjunction with that appointment, Boitano publicly came out as gay. The Sochi games and Russia have been the targets of criticism and LGBT activism because of a Russian anti-gay “propaganda” law passed in June 2013.

Joan Baez received a Gold record for “The Night They Drove Old Dixie Down”. It turned out to be her biggest hit, peaking at #3 in the US and #6 in the UK.

Olivia Newton-John released the single “Let Me Be There”

1977 – Montreal Police raid gay bars Truxx and Le Mystique and charge 146 men with being found in a common bawdyhouse. More than fifty uniformed and plainclothes police in bullet proof vests from the divisional Morality, Mobile and Technical squads carry off the raid. The arrestees were held for up to 15 hours at police headquarters “while ‘compulsory’ VD tests were administered

1981, Ireland – In a case brought to the court by Northern Ireland Gay Rights Association member Jeff Dudgeon, the European Court of Human Rights rules that Northern Ireland violates basic human rights by criminalizing gay male sex. Dudgeon is a Northern Irish politician, historian and gay political activist. He currently sits as a Ulster Unionist Party councillor for the Balmoral area of Belfast City Council. As part of the 2012 New Year Honours, Dudgeon was appointed a Member of the Order of the British Empire (MBE) for “services to the Lesbian, Gay, Bisexual and Transgender community in Northern Ireland.”

on the usa song charts Kenny Rogers & Dolly Parton were quite a pair with “Islands In The Stream” and Spandau Ballet’s “True” sounded awful good at #4.

1986 –U.S. Surgeon General C. Everett Koop issues the first report on AIDS. According to Quist, United States Surgeon General C. Everett Koop released his first report on the AIDS epidemic in America. He had been prevented for political reasons from addressing the AIDS crisis for four years. His report calls for the use of condoms to prevent HIV transmission and that information on both gay and straight relationships would help prevent the spread of AIDS. He reportedly waited four years before speaking publicly about the disease on this date and it would be two years before mailing information about the disease out to every American household..

1993: United States Air Force Lt. Heidi De Jesus dropped her lawsuit that attempted to bring charges against the military for her dismissal based on her sexual orientation and the ban on gay and lesbian military personal. The legal battle had literally left her broke.

Boeing announced that it would extend health benefits to the same-sex domestic partners of their employees. However, the company explained that unmarried heterosexual couples would not receive the same benefits because they had the option of marriage, angering the union.

San Francisco archbishop William Levada announces he would make a $30,000 contribution to a California ballot initiative to restrict the definition of marriage to opposite sex couples.

The film Boys Don’t Cry is released. Based on a true story, the film was adapted from the life of Brandon Teena (December 12, 1972 – December 31, 1993), born Teena Brandon, a female-to-male transperson who suffers  tragic consequences. A story about hope, fear, and the courage it takes to be yourself, Boys Don’t Cry is critically acclaimed and was nominated for two Golden Globe Awards. Teena’s murder, along with that of Matthew Shepard, led to increased lobbying for hate crime laws in the United States.

Waterloo by ABBA was voted the best song in the history of the Eurovision Song Contest. Viewers in 31 countries across Europe voted during a special show in Copenhagen to celebrate the annual event’s 50th birthday.

The Lutheran Church of Sweden voted to allow same-sex marriages by a vote of 176 of 249 voting members. The decision came just days after the 30th anniversary of when Sweden stopped classifying homosexuality as a disease. (h/t Quist) 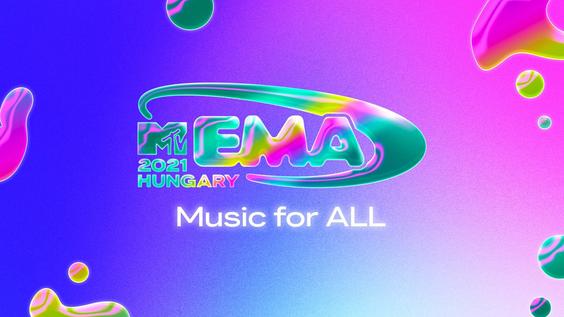 The present patchwork of state and local nondiscrimination laws hamstrings the business community and flies in the face of religious tenets and traditions which we value as conservatives. Supporting fundamental protections for all Americans is important to people of faith because LGBTQ Americans are our friends, neighbors, family members and coworkers. When it comes to being able to earn a living, having a place to live, or accessing a business or government office, LGBTQ people should be treated like everyone else. Excluding people from civil protections based on who they are or whom they love hurts us all. That is why a federal solution is urgently necessary. 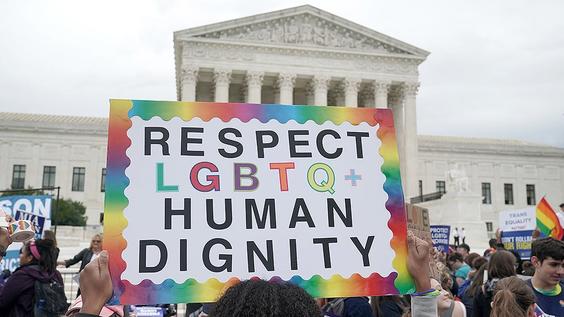 A conservative’s faith argument for supporting LGBTQ rights | TheHillBipartisan passage of federal protections for LGBTQ people is pro-family, pro-business and reflective of the foundational tenets of faith and the grand experiment of our Republic.thehill.com 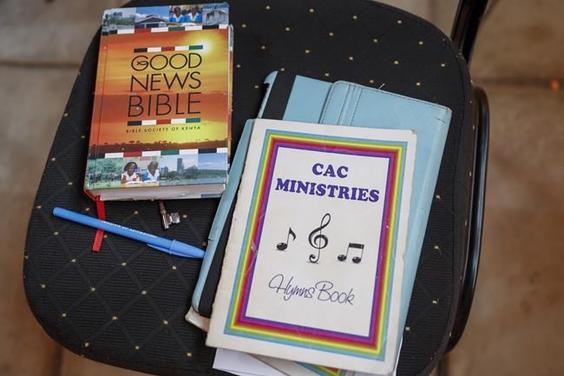 Across Africa, major churches strongly oppose LGBTQ rights – Winnipeg Free PressIn Ghana, home to a diverse array of religions, leaders of major churches have united in denouncing homosexuality as a “perversion” and endorsing legislation that would, if enacted, impose some of the harshest anti-LGBTQ policies in Africa.In Nigeria, the umbrella body for Christian churches depicts same-sex relationships as an evil meriting the lengthy prison sentences prescribed under existing law.www.winnipegfreepress.com

joking about a community one does not belong to, is punching down and not laughing with.

and comparative victimhood, only benefits the shared oppressor 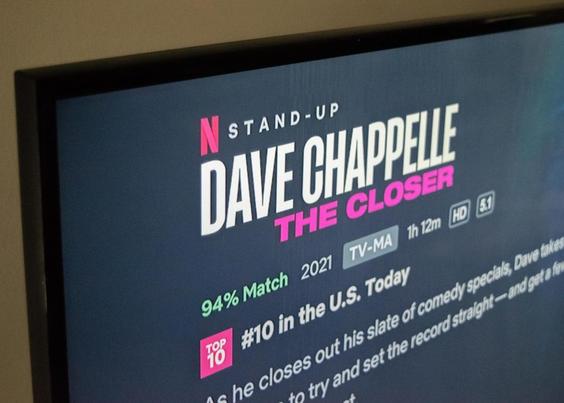 indeed, but lesbians are under bullying and sexual harassment within LGBTQ…

so there is no working together 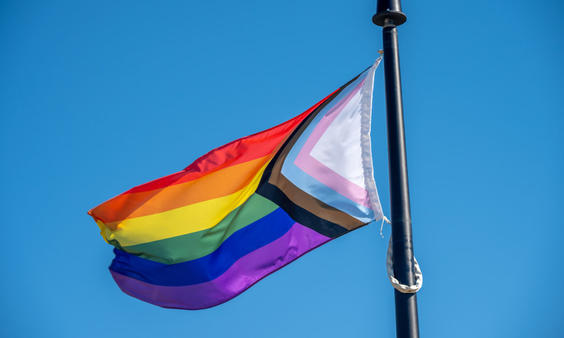 Time for an LGBTQ reality check-queer students face rising tide of bullyingNothing is going to get better unless we work together collectively against the insidious notion that LGBTQ identity is controversialwww.losangelesblade.com

being represented in society does help = this is why women, hetero and bisexual as well as lesbians need representation for and by women 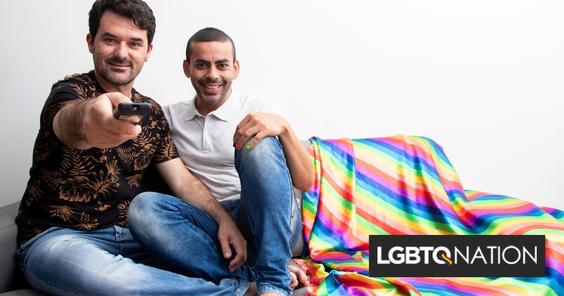 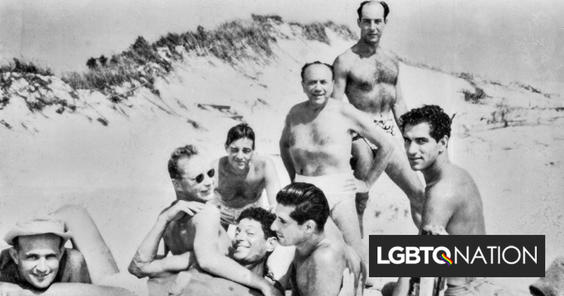 How instant photography changed the stakes for LGBTQ people / LGBTQ NationWith the advent of the Polaroid, LGBTQ people were free to be themselves and have a lasting memory without having to drop off films to be developed by a third party…www.lgbtqnation.com 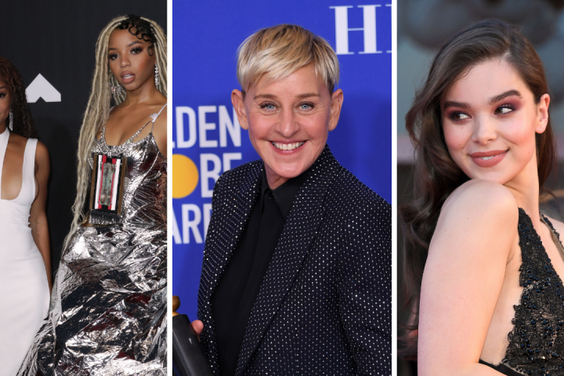 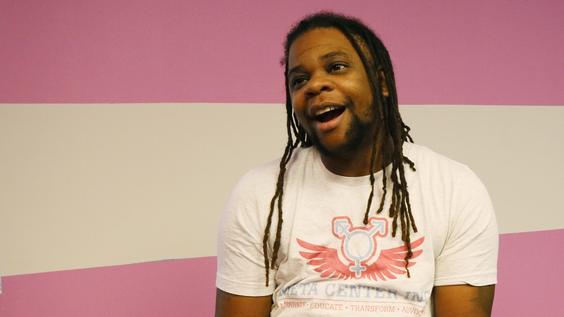 Change Agent: Giovonni Santiago helps LGBT youth with Akron non-profitGiovonni Santiago is providing guidance to young people in Akron, Summit County, and elsewhere who in need of help dealing with their sexual identity.www.beaconjournal.com

because trans have rights as people, what they do not have is the right to encroach or remove rights from women

and given the name calling of lesbians, rather than of the heterosexuals who coined the word transphobic

the trans lobby has given the public reason to be concerned 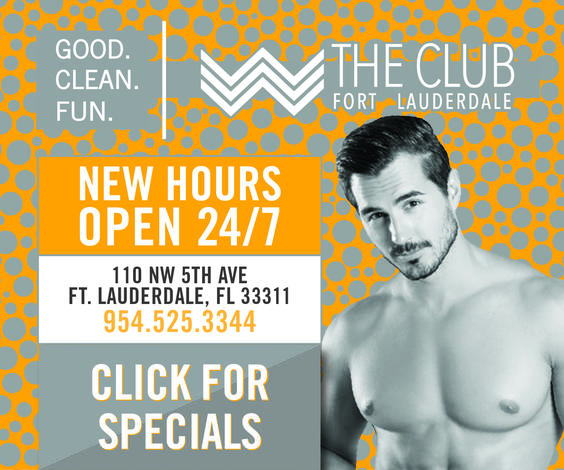