1832, UK – Lewis Caroroll (27 January 1832 – 14 January 1898) is born in Baresbury, England, and named Charles Lutwidge Dodgson. He was an English writer, mathematician, logician,  Anglican deacon, and photographer. His most famous writings are Alice’s Adventures in Wonderland, its sequel Through the Looking-Glass, which includes the poem “Jabberwocky“, and the poem The Hunting of the Snark – all examples of the genre of literary nonsense. He is noted for his facility at word play, logic and fantasy. Carroll never married and bhis sexuali idenity is thesu bject of exploration by mqany historians an biographge4rs.

England. She was an English writer, poet, and literary critic. She wrote under the pen name of Emily Alice Haigh. Bisexual, she was a friend and lover of writer Katherine Mansfield. In 1943, probably suffering from cancer, she killed herself with gas from a domestic cooker.

1911 – Sarah Aldridge (January 27, 1911 in Rio de Janeiro – January 11, 2006), whose actual name was Anyda Marchant, is born. She was a writer of primarily lesbian popular fiction and a founding partner for Naiad Press in 1973 and A&M Books in 1995. Her first published work was a short story issued by The Ladder.  the periodical released by the Daughters of Bilitis. The fourteen lesbian novels she wrote include All True Lovers, Tottie, A Flight of Angels, The Latecomer, and The Nesting Place. One of the first women to pass the bar in Washington DC, she served at the World Bank as an attorney in the Legal Department for 18 years until retiring in 1972. She met legal secretary Muriel Inez Crawford (April 21, 1914 – June 7, 2006) in 1947 with whom she lived until Aldridge’s death. Aldridge died at her home in Rehoboth Beach, Delaware on January 11, 2006. She was 94.[4] She was awarded the Golden Crown Literary Society Trailblazer Award posthumously in June 2007.

of the first women to pass the bar in Washington DC, she served the World Bank as an attorney in the Legal Dept. She was a founding partner for Naiad Press in 1973 and A&M Books in 1995, and a writer of primarily lesbian popular fiction. She met secretary Muriel Inez Crawford in 1947. The couple were together for 57 years until Anyda’s death in 2006. Muriel died five months later on June 7, 2006.

Little Richard, in his quest to become a Seventh Day Adventist minister, joined the Oakwood Theological College in Huntsville, AL. He would later state: “If God can save an old homosexual like me, he can save anybody.” Of course he’s also quoted as saying: “If there was anything I loved better than a big penis, it was a bigger penis.”

1960 — Olympic diver Greg Louganis (born January 29, 1960) is born. He s an American Olympic diver, LGBT activist, and author who won gold medals at the 1984 and 1988 Summer Olympics, on both the springboard and platform. He is the only male and the second diver in Olympic history to sweep the diving events in consecutive Olympic Games. He has been called both “the greatest American diver” and “probably the greatest diver in history.” Louganis’ ancestry is Samoan and European-American. He overcame a stutter as a child and struggled with dyslexia, asthma and depression.  Six months before the 1988 Olympics, Louganis was diagnosed with HIV. Louganis publicly came out as gay in a pre-taped announcement shown at the opening ceremony of the 1994 Gay Games. He announced his engagement to his partner, paralegal Johnny Chaillot, in People magazine, in June 2013. The two were married on October 12, 2013.

Cumming’s has acted in numerous films, television shows, and plays. On Broadway, he appeared as the master of ceremonies in Cabaret, for which he won a tony Award. He appeared on The Good Wife, for which he was nominated for three PrimeTime Emmy Awards. In March 2005, Cumming received the Vito Russo Award at the 16th Annual GLAAD Median Awards for outstanding contributions toward eliminating homophobia. In the same year, he was presented with the HRC’s Humanitarian Award in San Francisco for his LGBT public stance. Cummings lives in Manhattan with his husband, illustrator Grant Shaffer, and their two dogs. The couple legally married in New York on January 7, 2012.

January 27, 1971David Bowie arrived in the U.S. for his first visit. He couldn’t perform live because of work permit restrictions, but he attracted publicity when he wore a dress at a promotional event.

The NYC Council vetoes a proposed gay rights ordinance that would have prohibited discrimination against gay men and lesbians in employment, housing and public accommodations. The bill remains a hotly contested part of City Council politics for the next 14 years.

01-27-1985 Eric Radford – Born in Winnipeg, Canada. He is a Canadian pair skater. With his partner, Meagan Duhamel, he won the silver medal at the

2014 Olympics in Sochi. The pair also won the 2013 and 2014 bronze medals at the World Championships. At the Four Continents Championships, they won the gold in 2013, and the silver in 2011. He came out as gay in December of 2014. He is the first world stage figure skater to come out publicly at the height of his career. He and his partner, Meagan Duhamel, are aiming for gold in the 2018 Olympics.

At Tampa Stadium in Tampa, Florida, Whitney Houston sang the “Star Spangled Banner” and New Kids on the Block performed at halftime of Super Bowl XXV. A recording of Houston’s rendition of the national anthem was later released as a single. ABC News pre-empted the halftime show for a report by Peter Jennings on the progress of the Gulf War.

1995 – At a press conference in Washington, DC, the House majority whip, Dick Armey (R-Tex.), refers to Representative Barney Frank (born March 31, 1940) (D-Mass.) as “Barney Fag.” He later apologizes, insisting it was a slip of the tongue.

2006 – International Holocaust Remembrance Day is created by resolution of the United Nations General Assembly. On this annual day of commemoration, the UN urges every member state to honor the six million Jewish victims of the Holocaust and millions of other victims of Nazism and to develop educational programs to help prevent future genocides. Thousands of lesbians and gay men were killed.

01-27-2010 On this date the registered partnership of Iceland’s Prime Minister, Jóhanna Siguröardóttir and her parter, Jónina Leósdóttir was transformed into a recognized marriage. It was on this date that same-sex marriage took effect in Iceland.

t’s no wonder that actual lesbians are upset about this appropriation of womanhood, and undermining of same-sex attraction. Eva Kurilova, a lesbian feminist, complained to Reduxx that “in queer and woke spaces, lesbians are no longer allowed to describe ourselves as same-sex attracted, as this is not seen as inclusive. . . . Instead, we have to be open to biological males in our spaces, on our dating apps, and in our sex lives.”

“He is not and can never be a woman who wants and seeks intimacy with other women,” Kurilova said. Meanwhile, Andrew Sullivan, an early pioneer of gay rights, said of Stryker’s invitation: “This is where we are. The abolition of homosexuality as a core left tenet.”

https://www.skynews.com.au/opinion/paul-murray/aflw-players-refusal-to-wear-pride-jersey-a-middle-finger-to-lgbt-community/video/fd0dfcc804010d04bb1cbcd6d2b12ca2AFLW player’s refusal to wear Pride jersey a ‘middle finger’ to LGBT community | Sky News AustraliaSky News host Paul Murray says Haneen Zreika’s refusal to wear a Pride jersey in the AFLW’s Pride round on the grounds of religious belief is “very obviously a middle finger” to the LGBTQIA+ community.

“I find that a very strange thing, I couldn’t be more supportive of that community,” Mr Murray said.www.skynews.com.au

https://www.pinkvilla.com/lifestyle/people/10-key-issues-faced-lgbt-youth-who-wish-come-out-closet-100717110 Key issues faced by LGBT youth who wish to come out of the closet | PINKVILLAWhile no one chooses the gender of people they feel an attraction to, it is easy for society to dole out homophobia towards individuals who feel conf…www.pinkvilla.com

https://www.pinknews.co.uk/2022/01/27/holocaust-memorial-day-lgbt-nazi-concentration-camps/Nazis’ heinous crimes against thousands of LGBT+ people must never, ever be forgottenTo mark Holocaust Memorial Day, we remember those who were murdered by Nazis – and we reflect on the significance of the pink triangle.www.pinknews.co.uk

religion is why people need therapy ,it is not therapy

religion is how the majority of oppression is authorized

religion belongs in the dustbin of history

beyond time to protect children FROM religion 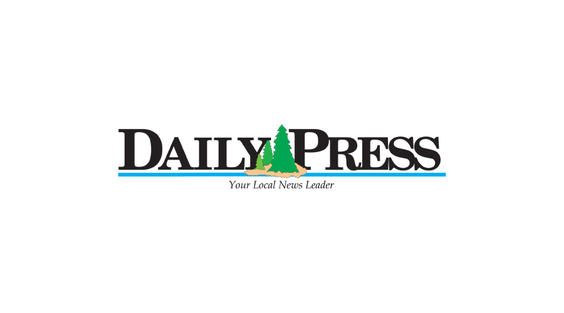