so we are saying representation does not matter?

despite, the candy is dandy and liquor quicker “old saying”

m&m were a way for chocolate rations to be used as date bait: not just saying, eh 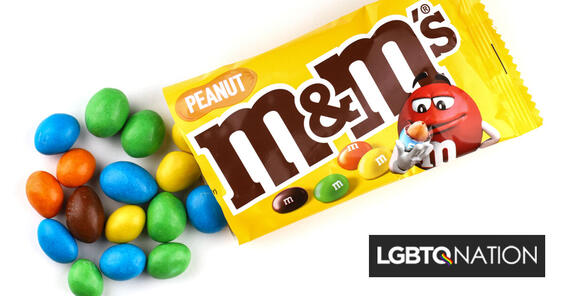 The internet explodes in laughter as M&Ms announces new “inclusive” characters / LGBTQ NationNo one in all of human history has ever looked at a f–king M&M and said “I don’t feel represented…www.lgbtqnation.com

Six Times M&Ms Made Historyhttps://www.history.com › news › the-wartime-origins-…Jun 2, 2014 — During World War II, M&Ms were exclusively sold to the U.S. military. In March of 1941, Mars was granted a patent for his manufacturing process …Missing: ads ‎| Must include: ads
M&M’s: A Once Military-Exclusive Treat – Retro Planethttps://blog.retroplanet.com › mmsJun 22, 2012 — Screenshot of an M&M’s ad announcing the candies being exclusive to the US military during WWII. (source: M&M’s official site).

Wait, are those M&Ms lesbians? – PinkNewshttps://www.pinknews.co.uk › 2017/05/30 › wait-are-m…May 30, 2017 — The official M&M Twitter account shared a picture of the two female characters representing green and brown M&Ms, on a beach holding hands.
The Oh-So-Sweet History of Gay M&M’s – MEL Magazinehttps://melmagazine.com › RecentOct 29, 2019 — Mars Inc. refuses to say whether the Green and Brown M&Ms are queer and trans. To Gay Twitter, it hardly matters — they’re two ladies in …

Heterosexual Sexual Harassment in a candy