1847, Canada – Eliza McCormick of Ontario is arrested after posing as a man and proposing marriage to a woman. A Hartford, CT newspaper dubs her “a female Lothario” for living as a man. McCormick had taken on a male persona for two to three years and during this time had at least six courtships, three to whom she proposed and was accepted. One of these women, a dressmaker, even made her own wedding dress. According to The Transgender Foundation of America’s (TFA) Archive in Houston, Texas, social shame was used to force McCormick to conform to typical gender norms after McCormick was jailed.

LGBTQ2 Blogger Nina Notes: the above is copied from one of the sites cited as sources in the daily post and as linked at the end of every post.

There is lesbian history of butch/femme; which is conditional upon the femme being in full awareness of the body of her partner.

there is a danger to apply current decadish of time, in 2021 to past decades and centuries; particularly without application of complete history.

the farther back in time the given individual is, and why on this blog, there is a under theme of Elvis Presley, as the most prominent modern era person; who was photographed almost every day of his adult life., and who’s number of days on this planet have resulted in his being one of the most recognizable inviduals across all cultures on the planet, which in 1950 was 1 billion people, and by his death almost 4 billion, to the 8 billion currently existing on earth.

1887 – George Kelly (16 January 1887 – 18 June 1974)was born in Philadelphia. He was an American playwright, screenwriter, director, and actor. He began his career in vaudeville as an actor and sketch writer. He became best known for his satiric comedies, including The Torch-Bearers (1922) and The Show-Off (1924). Kelly maintained a 55-year relationship with his lover William Ellsworth Weagley, Jr., (January 12, 1891 – November 25, 1975) until his death. Weagley was often referred to as Kelly’s valet. That Kelly was gay was a closely guarded secret and went unacknowledged by his family to the point of not inviting Weagley to his funeral but Weagley slipped in and sat quietly on a back seat.

1901 – New York City politician Murray Hall (1841 – January 16, 1901)dies of cancer. He was a New York City bail bondsman and Tammany Hall politician. A poker-playing, whiskey-drinking man-about-town, after his death, the fact that he was biologically female is revealed by the coroner, astonishing and confounding his daughter and his associates. Born inGovan,Scotlandas Mary Anderson, Hall lived as a man for nearly 25 years, able to work as a politician and vote in a time when women were denied such rights. At the time of his death, he resided with his second wife and their adopted daughter.

1929, UK – The first edition of the BBC’s “The Listener” is published, stays in print until 1991. Joe Randolph “J. R.” Ackerley(4 November 1896 – 4 June 1967), who was openly gay despite homosexuality being illegal at the time, was its literary editor from 1935 until 1959. Ackerly was a British writer and editor. Starting with the BBC the year after its founding in 1927, he was promoted to literary editor of The Listener, its weekly magazine, where he served for more than two decades. He published many emerging poets and writers who became influential in Great Britain. He was openly homosexual, a rarity in his time when homosexuality was forbidden by law and socially ostracized.

1933 – Susan Sontag (January 16, 1933 – December 28, 2004) was an American writer, filmmaker, teacher, and political activist. She mostly wrote essays, but also published novels; she published her first major work, the essay “Notes on ‘Camp’“, in 1964. Her best-known works include On Photography, Against Interpretation, Styles of Radical Will, The Way We Live Now, Illness as Metaphor, Regarding the Pain of Others, The Volcano Lover, and In America. Sontag was active in writing and speaking about, or travelling to, areas of conflict, including during the Vietnam War and the Siege of Sarajevo. She wrote extensively about photography, culture and media, AIDS and illness, human rights, and communism and leftist ideology. Although her essays and speeches sometimes drew controversy, she has been described as “one of the most influential critics of her generation.”  Sontag lived with ‘H’, the writer and model Harriet Sohmers Zwerling whom she first met at U. C. Berkeley from 1958 to 1959. Afterwards, Sontag was the partner of María Irene Fornés(born May 14, 1930), a Cuban-American avant garde playwright and director. Upon splitting with Fornes, she was involved with an Italian aristocrat, Carlotta Del Pezzo, and the German academic Eva Kollisch. Sontag was also romantically involved with the American artists Jasper Johns, Paul Thek, writer Joseph Brodsky. During the early 1970s, Sontag lived with Nicole Stéphane, a Rothschild banking heiress turned movie actress, and, later, the choreographer Lucinda Childs. With Annie Leibovitz(born October 2, 1949), Sontag maintained a relationship stretching from the later 1980s until her final years.

Benny Goodman and his band played their historic concert at Carnegie Hall in New York City, regarded as a significant turning point in jazz history. It signaled the beginning of the acceptance of jazz by mainstream audiences.

death in 2009. She taught English and humanities at Cogswell College in San Francisco. In 1985 she began teaching at the College of Marin, specializing in English as a Second Language and English Skills.

01-16-1946 – 09-21-2015 Honey Lee Cottrell – Born in Astoria, Oregon. She was a lesbian photographer and filmmaker. Cottrell lived most of her life in San Francisco. She funded her early artistic work by

serving as a waiter on cruise ships, earning a certificate as a merchant seaman. In the mid-1970s in San Francisco, she became well known for her photography of women. Her work became influential in representations of lesbian sex and feminist lesbian portraiture. Cottrell was a co-founder of the San Francisco Lesbian and Gay History Project. She died of pancreatic cancer on September 21, 2015. Cottrell donated her archives to the Cornell University Library Human Sexuality Collection: “a gesture in keeping with her lifelong goal of empathetically reflecting and documenting the lives and sexualities of the lesbian and gay community, beginning in an era when they were expected to live on the margins and in the shadows.”

1952 – Julie Anne Peters (born January 16, 1952) is an American author of young adult fiction. Peters has published over 20 works, mostly novels, geared toward children and adolescents, many of which feature LGBT characters. In addition to the United States, Peters’s books have been published in numerous countries, including South Korea, China, Croatia, Germany, France, Italy, Indonesia, Turkey and Brazil. Her 2004 book Luna was the first young-adult novel with a transgender character to be released by a mainstream publisher.

In Britain’s Melody Maker music magazine, Beatles manager Brian Epstein was quoted as saying, “I give the Beatles two or three years more at the top.”

1967: The Louisiana Supreme Court rules that the state’s statutory ban on “unnatural carnal copulation” applies to women engaged in oral sex with other women.

01-16-1967 Andrea James – Place of birth unknown. She grew up in Indiana. James is a transgender pioneer. She is an American writer,

producer, and director, and trans woman who is an LGBT rights activist. In 2003, together with author and entertainer Calpernia Addams, she co-founded Deep Stealth Productions to create content by and for transgender people. She is the host of the instructional program, Finding Your Female Voice. She produced and performed in the first all-transgender cast of The Vagina Monologues in 2004. James was a script consultant for Transamerica, a 2005 film, helping actress Felicity Huffman prepare for her role as a transsexual

01-16-1968 Anders Gåsland – Born in Norway, place unknown. He is a former Norwegian politician. Openly gay, he is considered an important promoter of gay rights in Norway. In 1992 he took over as

On the USA Charts #9 Barbra Streisand with “Stoney End”

The Eurythmics released the single “Here Comes The Rain Again”.

1986ABBA  reunited briefly to record “Tivedshambo” for their former manager Stig Anderson on the Swedish television show This is Your Life.  The show was televised on January 18.1987The Beastie Boys became the first act censored on “American Bandstand.”

George Michael went to No.1 on the US album charts with his debut solo album ‘Faith’, which went on to sell over 8 million copies.

a live version of “Candle In The Wind” by Elton John reached #7,  with #9 “Faith” from George Michael

Whitney Houston collected a seventh week at #1 on the R&B chart with the across-the-board smash “I Will Always Love You” and  held a grip on #1 on the Adult Contemporary chart for the fifth week with “I Will Always Love You”, while same song continued its climb up history with an eighth week at #1.  That moved Whitney into a four-way tie and at that time only seven songs had spent more weeks at #1.

In Santa Barbara, California, Michael Jackson appeared in court and pled not guilty to seven charges of child molestation. He arrived 21 minutes late and was admonished by the judge who said, “Mr. Jackson, you have started out on the wrong foot here; it is an insult to the court.”

LGBTQ2 Blogger Nina Notes: The Queer community has to fight against child exploitation more than the heterosexuals who are the majority of the problem: heterosexual men more than women who are oppressed by men

Boy George was sentenced to 15 months in jail for falsely imprisoning a male escort. The 47-year-old singer admitted handcuffing Audun Carlsen to a wall in April 2007, but said he did so because Carlsen had stolen photos from his laptop.

Michael Jackson’s physician Dr. Conrad Murray lost his appeal to have his conviction of involuntary manslaughter overturned by a Los Angeles court.

2015London’s O2 arena, O2 Academy Brixton and SSE Wembley Arena were among a string of U.K. venues that banned the use of “selfie sticks” over health and safety concerns. A selfie stick is an extendable phone and camera holder that allow the user to take a wider image or group shot. 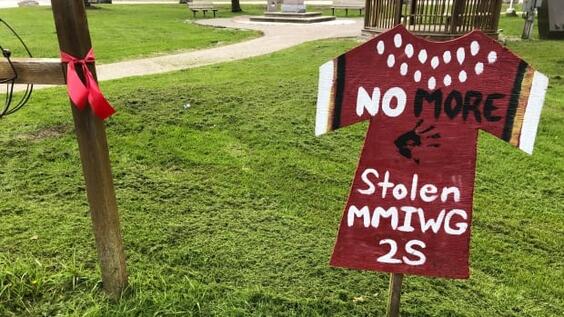 the lesbian agenda differs from the gay one, eh 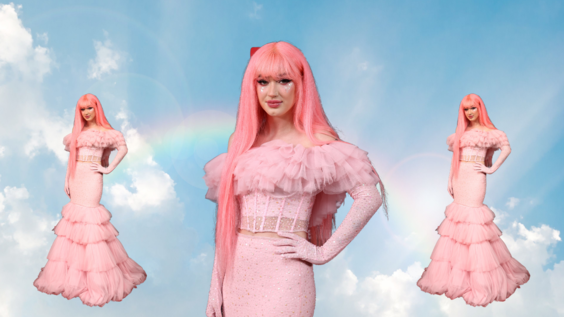 TikTok’s Pop Princess Peach PRC Came Out As A Lesbian In A Huge Win For The Gay AgendaAustralia’s biggest export on TikTok, singer Peach PRC, has come out as a queer woman in an Instagram post. You love to see it.www.pedestrian.tv 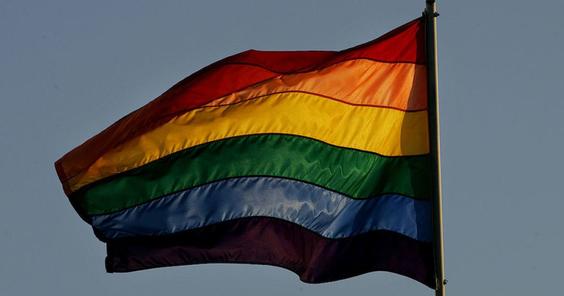 Survey reveals LGBTQ youth in South have higher rates of suicide than any other regionLGBTQ youth suicide is on the rise especially in the south that according to a newly released report that surveyed more than 20,000 people ages 13-24.www.wtkr.com

Today in LGBT History – JANUARY 16 | Ronni Sanlohttps://ronnisanlo.com › today-in-lgbt-history-january-…Jan 16, 2019 — 1981 – The first conference in the eastern U.S. for Black Lesbians opens in Brooklyn, New York. It was called “Becoming Visible: Survival for …