1757 – Alexander Hamilton (January 11, 1757 – July 12, 1804) is born in Nevis, British West Indies and was probably t least bisexual. Rumor has it he was a “boy” to George Washington who called his young patriots his family; Hamilton was the favorite. Hamilton also exchanged love letters with another revolutionary, John Laurens (October 28, 1754 – August 27, 1782), an American soldier and statesman from South Carolina during the American Revolutionary War, best known for his criticism of slavery and his efforts to help recruit slaves to fight for their freedom as U.S. soldiers.

1825 – Bayard Taylor (January 11, 1825 – December 19, 1878) is born. He was an American poet, literary critic, translator, travel author, and diplomat. Though not gay, in 1870 he wrote and published Joseph and His Friend: A Story of Pennsylvania is published, which is possibly the first American novel about a homosexual relationship. It presented a special attachment between two men and discussed the nature and significance of such a relationship, romantic but not sexual. Critics are divided in interpreting Taylor’s novel as a political argument for gay relationships or an idealization of male spirituality. with his parents. He was sent to study art in Paris in 1874. In 1915, he moved to London, England. Sargent was considered the leading portrait painter of his generation. He also created about 900 oil paintings and more than 2,000 watercolors, as well as many sketches and charcoal drawings. It is now thought that he was gay based on the views of his friends and associations. His erotic and previously ignored male nudes and portraits, include those of Thomas E. McKeller, Bartholomy Maganosco, Olimpio Fusco, and that of the artist Albert de Belleroche, which hung in Sargent’s dinning room. Sargent met Belleroche in 1882 and had a long intense romantic relationship with him.

01-12-1896 – 07-11-1973 Nobuko Yoshiya – Born in Niigata Niigata Prefecture, Japan. She was a Japanese novelist, and was one of modern Japan’s most commercially successful and prolific writers, specializing in serialized romance novels and adolescent girls’ fiction. She was a

pioneer in Japanese lesbian literature, including the Class S genre (Japanese term used to refer to strong emotional bonds between schoolgirls). Several of her stories have been made into films. She had a 52 year relationship with Monma Chiyo, a mathematics teacher. She was one of the first Japanese women to emulate Western fashion in the 1920’s by cutting her hair short. Yoshiya was also one of the first Japanese women to own a car. She designed her own house, and

was the first Japanese women to own a racehorse, which along with golf, would become a passion of hers. In 1957, Yoshiya adopted Monma as her daughter, the only legal way for lesbians to share property and make medical decisions for each other. Upon her death in 1973, her house became the Yoshiya Nobuko Memorial Museum. Her study has been left as she had it with her handwritten manuscripts and favorite objects on display.

01-12-1910 – 09-24-1981 Patsy Kelly (born Sarah Veronica Rose Kelly) – Born in Brooklyn, New York. She was an American stage, radio, film, and television actress. She was known as the “Queen of Wisecracks” playing in a series of short comedy films produced by Hal Roach in the 1930s. In the 1940s she worked in radio and stage. She also became a lifelong friend, personal assistant, and frequent lover of Tallulah Bankhead. In 1971, Kelly return to the stage in the revival of No, No, Nanette for which she won a Tony Award. At a time when being openly gay was not acceptable, Kelly was open about her sexuality. She disclosed in public with typical candor to being a “dyke.” During the 1930’s she told Motion Picture magazine that she had been living with actress Wilma Cox for several years.

wrote under the pseudonym Michael Field. As Field, they wrote about 40 works together, including a journal, Work and Days. From the late 1870s, they lived together and over the next 40 years were lovers and co-authors. Their intention was to keep the pen-name a secret, but it became public knowledge, not long after they had confided in their friend, Robert Browning. They wrote a number of love poems to each other, and their name Michael Field was their way of declaring their oneness. Edith died of cancer in 1913 and Katherine died less than a year later. They are buried together at St. Mary Magdalen Roman Catholic Church, in Mortlake, England. Their extensive diaries are stored in the British Library, and have been digitized and made available by the Victorian Lives and Letters Consortium.

Canadian blues singer. He sang with many British musicians, including Rod Stewart and Elton John. Baldry was openly gay during the 1960s amongst his friends and peers. However, he did not make a formal public acknowledgement until the 1970s – possibly because until 1967 in Britain, homosexuality was still a criminal offense that could lead to forced medication and/or jail time. He had a brief relationship with lead-guitarist of The Kinks, Dave Davies, and supported Elton John in coming to terms with his own sexuality. He died of a severe chest infection in Vancouver, Canada. He was survived by his partner, Felix “Oz” Rexach.

1973 – “An American Family“, a documentary series focusing on the Loud family of Santa Barbara, CA, premieres on PBS. Not only does it pre-sage the era of reality TV, son Lance Loud (June 26, 1951 – December 22, 2001) comes out publicly on the show, characterizing himself as “Homo of the Year.” Lance Loud died of liver failure as a result of hepatitis C and a co-infection with HIV/AIDS.

Barbra Streisand led the way on the Adult chart with “The Way We Were”.

On the Pop chart, Olivia Newton-John had another Top 10 hit with “Let Me Be There”  #9

1977: The Advocate reveals that the CIA has been collecting information on some three hundred thousand people who have been arrested in the U.S. for committing homosexual acts.

Australian comedian and writer. In 2006 she won the national final of the Raw Comedy competition for new comedians. She has toured internationally and appeared on Australian and New Zealand television. In 2018, her Netflix stand-up special Nanette introduced her to an even bigger audience. Gadsby has a degree in Art History and Curatorship and presents comedy art tours in partnership with the National Gallery of Victoria, Melbourne, Australia. She is openly lesbian and uses her sexuality in her stand-up routines. Gadsby has been diagnosed with ADHD and autism.

on the pop charts, #2 On the Radio-Greatest Hits-Volumes I & II from Donna Summer.

1981: Premiering tonight on ABC, Dynasty, featuring gay character Steven Carrington, cat fights and more shoulder pads than have ever been seen on TV before.

LGBTQ2 Blogger notes: the 1980s Shoulder Pads were women competing with men in the board rooms, where men’s jackets had shoulder pads.

1982 – Paul Lynde (June 13, 1926 – January 11, 1982), known to many as “the Center Square” for his years on game show Hollywood Squares, and considered “openly closeted,” dies of a heart attack in Beverly Hills at age 55. He was an American comedian, actor, voice artist and TV personality. A noted character actor with a distinctively campy and snarky persona that often poked fun at his barely in-the-closethomosexuality, Lynde was well known for his roles as Uncle Arthur on Bewitched and the befuddled father Harry MacAfee in Bye Bye Birdie.

1984 – The Wall Street Journal allows staff writers to now use the word “gay” as a synonym for “homosexual” in article and headlines.

the USA Charts The Soundtrack to “Purple Rain” by Prince & the Revolution was #1 on the Album chart for the 24th week, tying the Soundtrack to “Saturday Night Fever” for #3 all-time.  Only Michael Jackson’s Thriller and Rumours by Fleetwood Mac remained #1 longer than those two.

2007. After graduation, he played as an international basketball player in Italy. He is now a singer, musician, and recording artist. On May 16, 2011 he came out publicly. In an interview with Outsports, he said many of his songs, most notably You Know I Got It and Set Fire in the Streets did contain lyrics about homosexuality prior to coming out publicly.

01-12-1986 Kieron Richardson – Born in Eccles, United Kingdom. He is an English actor best known for playing the role of Ste Hay in Hollyoaks. On September 15, 2010, he revealed on television program

The Morning that he is gay, and accepted it at the age of 20. In July 2014 he announced his intention to marry long-term partner Carl Hyland. Richardson received a torrent of homophobia abuse via social networking site Twitter. In April 2015, Richardson and Hyland married in a star studded ceremony in the Peak District.

Whitney Houston received an award from the American Cinema Foundation for Distinguished Achievement even though she had not yet starred in a film.

At its tenth annual awards ceremony, The Rock and Roll Hall Of Fame inducts Led Zeppelin, The Allman Brothers Band, Martha And The Vandellas, Neil Young, Janis Joplin, Al Green, Frank Zappa and  ’40s and ’50s pioneers, Sonny Til & the Orioles were inducted.

1999Britney Spears’ debut album “…Baby One More Time” was released. In addition to the title track, it included hit singles like “(You Drive Me) Crazy” and “Sometimes.”

2000: The United Kingdom lifts its ban on lesbians and gay men serving in the armed forces.

Adam Ant was arrested in London for firearms possession and assault after an incident at a pub. The “Goody Two Shoes” singer, whose real name is Stuart Goddard, was later committed to a psychiatric hospital for observation.

2013 – Stacy Offner becomes Rabbi of Temple Beth Tikvah in Madison, CT. Rabbi Offner had been fired from an associate rabbi position in 1987 when she came out as lesbian. She then helped found Shir Tikvah, a Reform congregation in Minneapolis, and was the first woman to be vice president of the Union for Reform Judaism. Rabbi Offner is married to Nancy Abramson, an MSW with extensive experience in the fields of mental health and non-profit management. Their daughter, Cantor Jill Abramson, is the Senior Cantor at Westchester Reform Temple in Scarsdale, NY

2013 – African American Marco McMillian (April 23, 1979 – February 26, 2013) is the first openly gay candidate for political office in Mississippi when he announces his candidacy for mayor of Clarksdale, MS. He is slain a month later.

01-12-2015 A judge ruled South Dakota’s gay marriage ban unconstitutional. U.S. District Court Judge Karen E. Schreier wrote that the plaintiffs in the case “have a fundamental right to marry.” “South Dakota law deprives them of that right solely because they are same-sex couple and without sufficient justification, “ Schreier wrote. The decision is stayed pending a possible appeal to the Eighth Circuit Court of Appeals.

Public opposition was oppression and that was why suicide rates.. so the Oppressors do not get to claim the result of oppression as the basis for 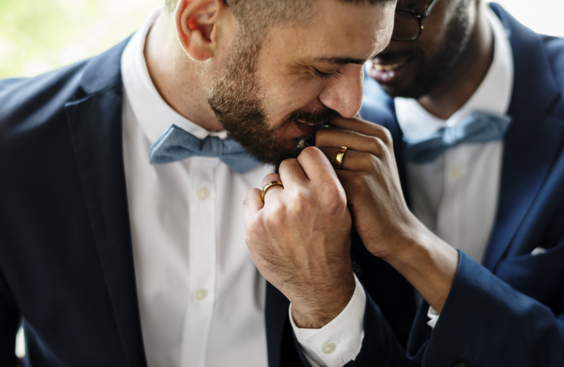 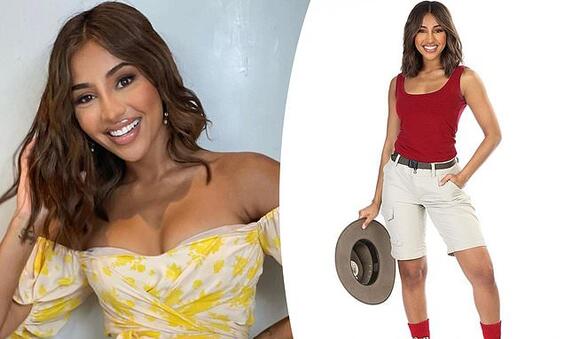 it was bigoted not absurd 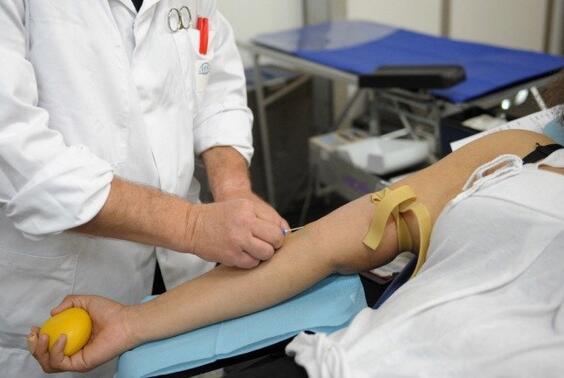 France lifts ‘absurd’ barrier to gay men giving bloodGay men will soon be able to donate blood on the same basis as all other groups after the French health ministry lifted a sexual abstinence requirement. Many Brits, however, remained barred from giving blood in France.www.thelocal.fr 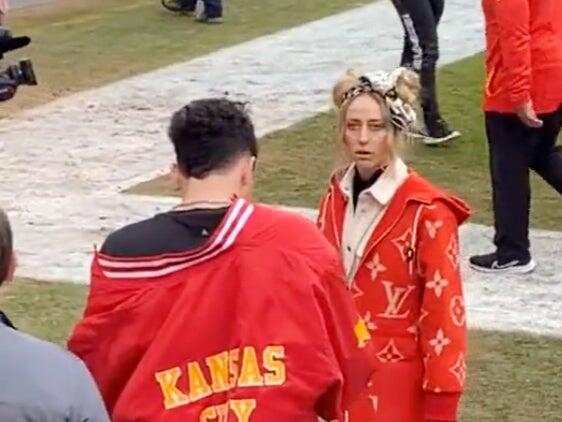 The Man and his sidekick: the original subtext 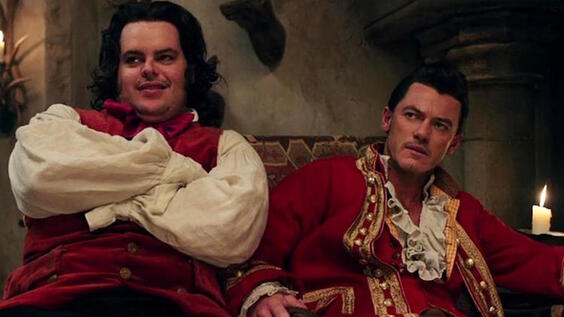 Josh Gad Updates Us on the Possibly Gay ‘Beauty & the Beast’ PrequelHere’s everything we know!www.out.com 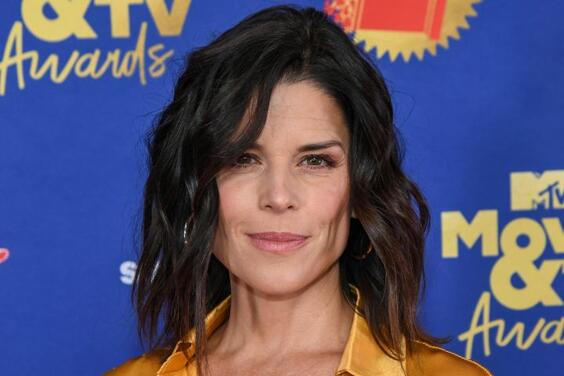 Neve Campbell Weighs In On ‘Scream’ Fan Theory That Billy & Stu Were Gay | ETCanada.comNeve Campbell was confronted with a longstanding fan rumour about “Scream” characters Stu (Matthew Lillard) and Billy (Skeet Ulrich) during an interview with Chris Azzopardi of Pride Source. “Are you wondering whether there was a burgeoning love relationship going on there?” Campbell said as Azzopardi circled the question of whether Stu and Billy were secretly gay. “Perhaps,…etcanada.com 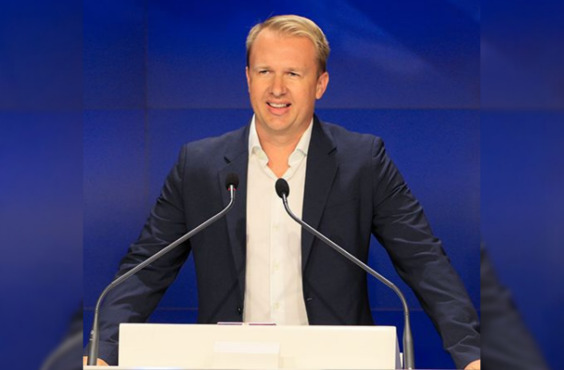 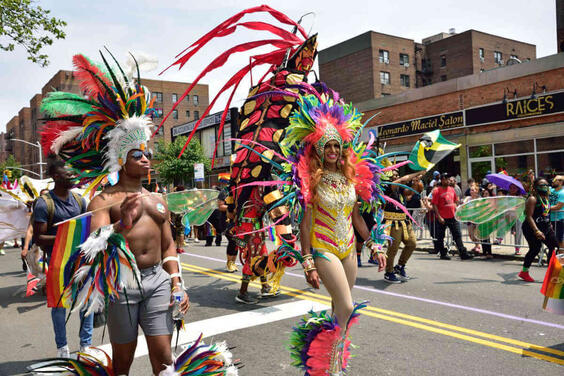 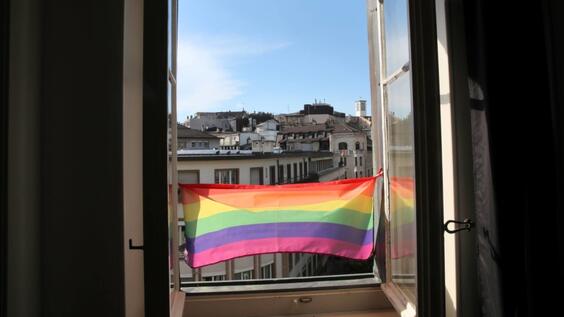 Tiny European states play catch up on LGBT equality | The Japan TimesWhen Switzerland became one of the last Western European nations to legalize same-sex marriage last year, it made waves next door in the tiny Alpine country of Liechtenstein.www.japantimes.co.jp 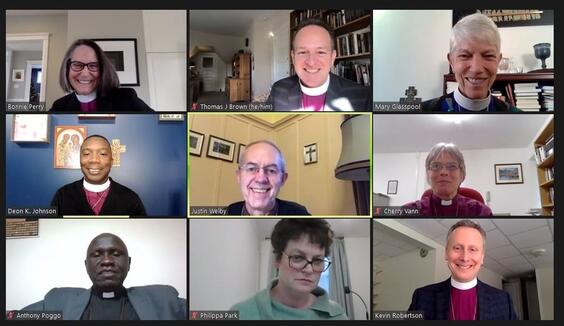 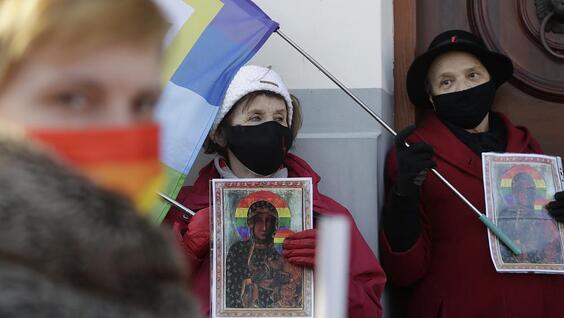