1757 – Alexander Hamilton (January 11, 1757 – July 12, 1804) is born in Nevis, British West Indies and was probably t least bisexual. Rumor has it he was a “boy” to George Washington who called his young patriots his family; Hamilton was the favorite. Hamilton also exchanged love letters with another revolutionary, John Laurens (October 28, 1754 – August 27, 1782), an American soldier and statesman from South Carolina during the American Revolutionary War, best known for his criticism of slavery and his efforts to help recruit slaves to fight for their freedom as U.S. soldiers.

1825 – Bayard Taylor (January 11, 1825 – December 19, 1878) is born. He was an American poet, literary critic, translator, travel author, and diplomat. Though not gay, in 1870 he wrote and published Joseph and His Friend: A Story of Pennsylvania is published, which is possibly the first American novel about a homosexual relationship. It presented a special attachment between two men and discussed the nature and significance of such a relationship, romantic but not sexual. Critics are divided in interpreting Taylor’s novel as a political argument for gay relationships or an idealization of male spirituality.

producer, and director during the first half of the 20th century. She never hid her lesbianism inside the acting community but was opposed to anything going public. During the early days of her career she was often in the company of bisexual actress Tallulah Bankhead. In 1918, she began an affair with the actress Alla Nazimova, who was at the height of

her fame. Gallienne also had affairs with Tallulah Bankhead, Beatrice Lillie, Laurette Taylor, Mercedes de Acosta, and Josephine Hutchinson, who was married at the time. In 1964, she was presented with a special Tony Award in recognition of her 50th year as an actress and in honor of her work with the National Repertory Theatre. The National Endowment for the Arts also recognized her with the National Medal of Arts in 1986.

“Ol’ Man River” was recorded by Paul Whiteman and his orchestra. Bing Crosby was the song’s featured vocalist. The song is from the Broadway musical, “Showboat”.

Born in Largs, North Ayrshire, United Kingdom. He was a Scottish actor and comedian. He was known for comedy improvisation in television shows such as “Whose Line is it Anyway?”. He’s was a character actor in numerous films, both in the UK and in Hollywood. Sessions appeared as Mycroft Holmes in the 2015 film Mr. Holmes. He was outed in a 1994 Evening Standard article, while starring in the comedy My Night with Reg. a play set in London’s gay community. Sessions died of a heart attack at his home at the age of 67.

The release date for the Elvis Presley single ‘Jailhouse Rock’ was put back a week after Decca Records pressing plant in the UK were unable to meet the advance orders of 250,000 copies.

LGBTQ2 Blogger Nina Notes “Number 47 said to Number 3, you’re the cutest jailbird I ever did see.” The writers knew what they wrote, they wanted to see what Elvis would do, and he delivered this song no differently than other male/female songs.

sexual oreientation question mark: Cliff Richard became the first British artist to enter the UK chart at number one when “The Young Ones” debuted at the top of the list.

The Whiskey-a-Go-G0 nightclub opened in Los Angeles, CA. It is recognized as the first disco in the U.S.

01-11-1966 Marc Acito – Born in Bayonne, New Jersey. He is an American novelist, humorist, and screenwriter. Acito is openly gay and lives with his partner Floyd Skiaver. His comic novel How I Paid for College won the Oregon Book Awards for Best Novel. He is also the writer of the syndicated humor column The Gospel According to Marc, which ran for four years in nineteen gay publications. His humorous essays have appeared in many publications including The New York Times.

01-11-1966 Jackie Biskupski – Born in Hastings, Minnesota. She is an American politician and is a former member of the Utah House of Representatives from 1999 to 2011. She was Utah’s first openly gay

legislature, elected in 1998,  where she was met with hostility by some legislators and political opponents. Attitudes toward her have changed and she finally got the respect and camaraderie of her colleagues. Biskupski, as of January 4, 2016, became Salt Lake City’s 35th mayor. She is the first openly gay mayor and the second female mayor of Salt Lake City. On August 14, 2016, she married longtime partner, Betty Iverson.

The posthumous album Pearl by Janis Joplin was released.

1973: “An American Family“, a documentary series focusing on the Loud family of Santa Barbara, CA, premieres on PBS.  Not only does it presage the era of reality TV, son Lance Loud comes out publicly on the show, characterizing himself as “Homo of the Year.”

1982 – Paul Lynde (June 13, 1926 – January 11, 1982), known to many as “the Center Square” for his years on game show Hollywood Squares, and considered “openly closeted,” dies of a heart attack in Beverly Hills at age 55. He was an American comedian, actor, voice artist and TV personality. A noted character actor with a distinctively campy and snarky persona that often poked fun at his barely in-the-closethomosexuality, Lynde was well known for his roles as Uncle Arthur on Bewitched and the befuddled father Harry MacAfee in Bye Bye Birdie.

1984: The Wall Street Journal allows staff writers to now use the word “gay” as a synonym for “homosexual” in article and headlines.

A Brazilian rock Festival held in Rio, claimed to be the biggest ever staged. The festival featured; Queen, Rod Stewart, AC/DC, Whitesnake, Yes and Iron Maiden.

Dionne & Friends (Dionne Warwick, Elton John, Stevie Wonder & Gladys Knight) moved to #1 on the Adult Contemporary chart with “That’s What Friends Are For”.1987Frankie Goes to Hollywood began what would be its final tour in Manchester, England.

Michael Jackson released a statement saying, “I will no longer stand by and watch reckless members of the media try to destroy my reputation.” The statement was a response to unsubstantiated rumors of a video depicting Jackson fooling around with a young boy.

LGBTQ2 Blogger Nina Notes: pedophilia is shockingly tolerated and predators are protected more than victims of all vulnerable demographics, but especially children.

1996Michael Jackson’s album HIStory: Past, Present and Future Book I was certified by the Recording Industry Association of America (RIAA) to be six times platinum.

Britain lifts its ban on gays in the military.

Gary Glitter was released from prison in Britain after serving half of a four-month sentence for possession of child pornography downloaded from the Internet.

LGBT2 Blogger Nina Notes: Pedophiles are not included in LGBTQ2, while the the internet allowed a community the same way religion created protection for.

Ted Nugent required 40 stitches when a chainsaw cut his leg while filming his reality show.

LGBTQ2 Blogger Nina notes that while safety is important, can’t help but think this is an exception as well as deserved.

Lady Gaga had the top U.K. song with “Just Dance”.

Madonna stirred up some controversy when she revealed the name of her new album, “M.D.N.A.”, which turns out to be similar to the drug MDMA. Health campaigners immediately criticized the singer for popularizing drug culture.

2013 – Stacy Offner becomes Rabbi of Temple Beth Tikvah in Madison, CT. Rabbi Offner had been fired from an associate rabbi position in 1987 when she came out as lesbian. She then helped found Shir Tikvah, a Reform congregation in Minneapolis, and was the first woman to be vice president of the Union for Reform Judaism. Rabbi Offner is married to Nancy Abramson, an MSW with extensive experience in the fields of mental health and non-profit management. Their daughter, Cantor Jill Abramson, is the Senior Cantor at Westchester Reform Temple in Scarsdale, NY

African American Marco McMillian (April 23, 1979 – February 26, 2013) is the first openly gay candidate for political office in Mississippi when he announces his candidacy for mayor of Clarksdale, MS. He is slain a month later.

Sir Elton John and his partner David Furnish became parents for the second time after their California-based surrogat gave birth to a baby boy. The child was named Daniel Furnish-John.

2016David Bowie topped the UK album chart with his latest release “Blackstar” less than 24 hours after his death. With sales of over 43,000 units the collection outpaced its nearest competitor, Elvis Presley’s “If I Can Dream”, by 25,000.

A funeral service for Natalie Cole was held in Los Angeles with Johnny Mathis, Smokey Robinson, Stevie Wonder, Lionel Richie, Mary Wilson, Gladys Knight and Chaka Khan among those in attendance. She was interred in Forest Lawn Memorial Park in Glendale, California, next to parents Maria and Nat ‘King’ Cole, sister Carol and brother Kelly.

heterosexual males do not get to be apolitical, owing to they are why all other demographics have to be

NASCAR teams with LGBT group after vowing to stay apolitical | Sports NewsNASCAR has announced a partnership with an LGBT advocacy group after recently expressing a desire to remain apolitical. www.christianpost.com 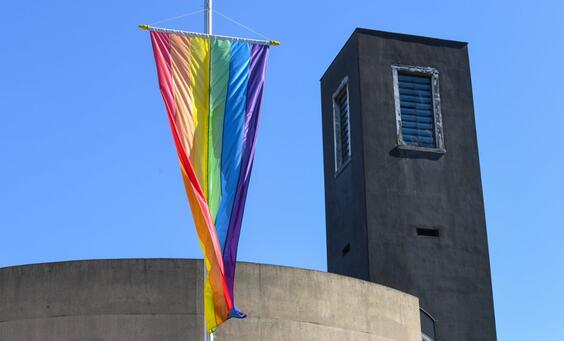 Book explores role of Catholics in AIDS crisis during 80s and 90s | CruxYears after Michael O’Loughlin began reporting on the Catholic Church and LGBT issues a priest friend suggested he jump back a few decades, and explore the intersection through the United States HIV and AIDS crisis in the 1980s and ‘90s.
cruxnow.com

Under the new law, anyone who looks to subject someone of any age, consenting or not, to so-called conversion therapy could face up to five years in prison.

In addition to this, if someone is found to be promoting, advertising, or profiting from providing the practice, they could face up to two years in prison. 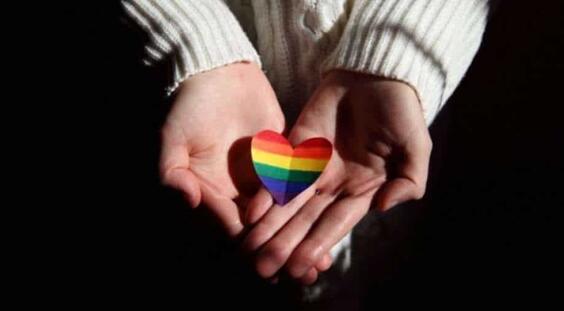 Canada officially bans LGBT conversion therapy, makes it a punishable offence, World News | wionews.comCanada has banned conversion therapy, joining a select list of countries that discontinued the discredited treatment that claims to be able to change a person’s sexual orientation or gender identity.

The Canadian government on Friday officially implemented the ban which was passed by the Parliament in December 2021.

The Haters are the best recruitment and advertising 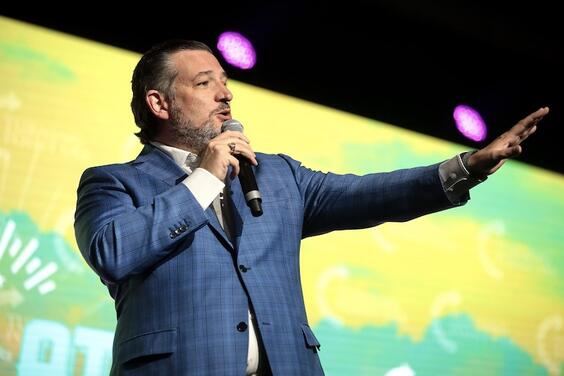 Ted Cruz’s daughter is bisexual and disagrees with “most of his views”Caroline Cruz, daughter of Texas Sen. Ted Cruz, said her father doesn’t know about her sexuality but wouldn’t be “mad about it”www.metroweekly.com 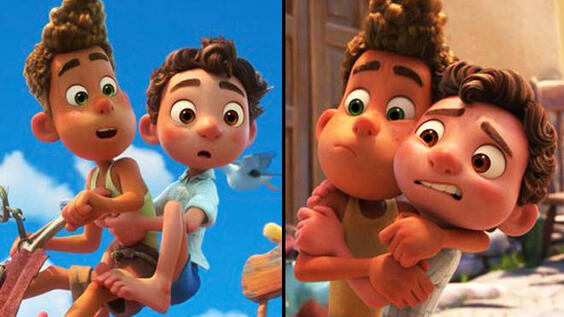 https://theprint.in/india/lgbt-members-allege-they-were-made-to-disrobe-by-police-to-prove-their-identity/801088/LGBT members allege they were made to disrobe by police to prove their identity – ThePrintAgartala, Jan 11 (PTI) Four LGBT members were arrested by the police here and made to disrobe in a police station to prove their identity, according to an FIR filed by one of them. They were also made to write an undertaking that they will never wear cross dress or cross makeup and if they […]theprint.in 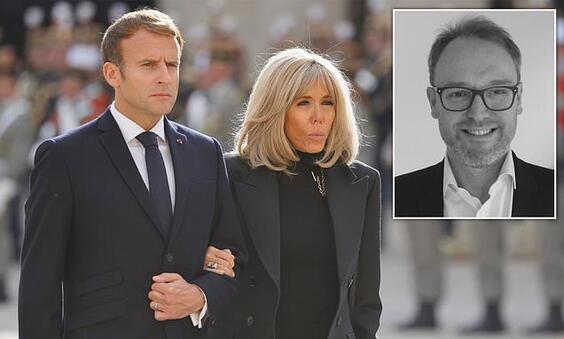 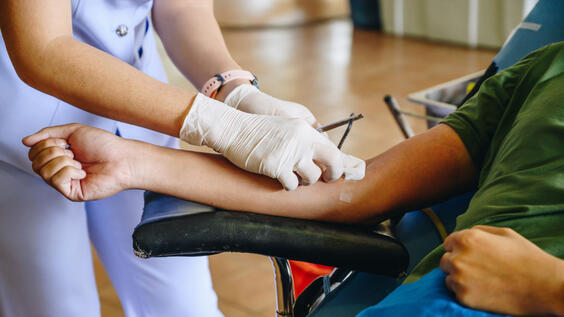 Greece lifts decades-long ban on gay and bisexual men donating bloodThe ban had been in place since 1977.mashable.com 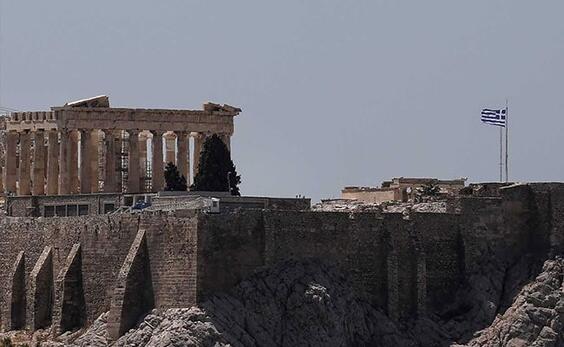 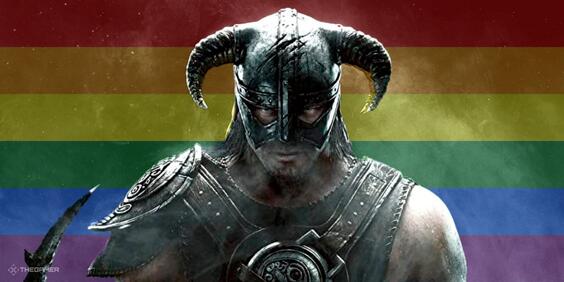 Modder Fights Against Homophobic Skyrim Fans With Mod That Makes Every NPC GayGay with a vengeance.www.thegamer.com 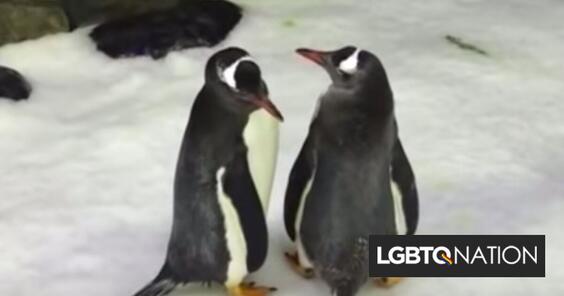 Gay penguin “power couple” celebrate their anniversary / LGBTQ NationThe male couple, who have hatched two eggs together, enjoyed frozen fish cakes for dinner and held a party with their neighbors in the enclosure…www.lgbtqnation.com 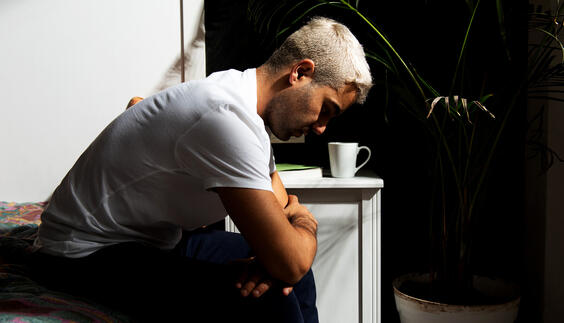 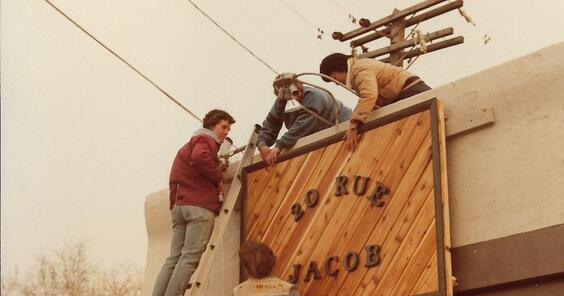 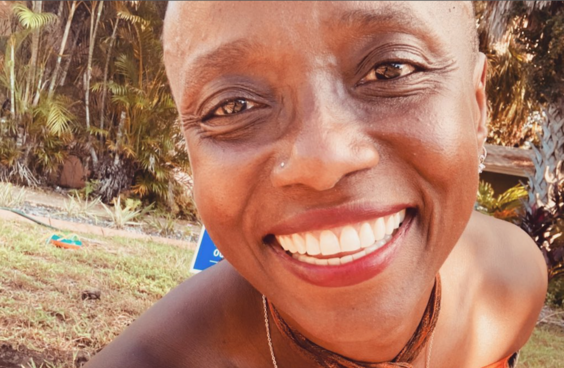