1891 – Zora Neale Hurston (January 7, 1891 – January 28, 1960) was an African-Americannovelist, short story writer, folklorist, and anthropologist. Of Hurston’s four novels and more than 50 published short stories, plays, and essays, she is best known for her 1937 novel Their Eyes Were Watching God. Living in Harlem in the 1920s, Hurston befriended the likes of Langston Hughes (February 1, 1902 – May 22, 1967)and Countee Cullen (May 30, 1903 – January 9, 1946), among several others. Her apartment, according to some accounts, was a popular spot for social gatherings. During a period of financial and medical difficulties, Hurston was forced to enter St. Lucie County Welfare Home, where she suffered a stroke. She died of hypertensive heart disease on January 28, 1960, and was buried at the Garden of Heavenly Rest in Fort Pierce, Florida. Her remains were in an unmarked grave until 1973. Novelist Alice Walker (born February 9, 1944)and literary scholar Charlotte D. Hunt found an unmarked grave in the general area where Hurston had been buried, and decided to mark it as hers.There were rumors that Zora was gay or at least bisexual.

1946 – Jann Simon Wenner (born January 7, 1946) is the co-founder and publisher of the popular culture biweekly magazine Rolling Stone, and former owner of Men’s Journal magazine. Since 1995, Wenner’s domestic partner has been Matt Nye, a fashion designer. Together, Wenner and Nye have three adopted children.

1949 – On this day in Columbia, Mo., the Associated Press reported: Four men pleaded guilty yesterday to statutory charges and were placed on probation four years. They were Warren W. Heathman, itinerant agriculture instruction for the Veterans Administration at Rolla; Harry J. Sohn Jr., of Hannibal, former University of Missouri student; Willie D. Coots of Columbia, former clerk in a novelty shop, and Joe Byers, local grocer. The prior spring, newspapers reported on a “homosexual ring” with “mad homosexual parties” taking place near the University of Missouri campus. Professor E. K. Johnston’s 24-year teaching career was ruined when he and several others were arrested. Coots may have been Johnston’s partner at the time of the arrests, as reports at the time indicate that they had shared an apartment in Rolla “for the last 15 or 16 years.” Reports indicate that “at least of score” of other students and residents were implicated.

01-07-1950 – 08-28-2016 Juan Gabriel (born Alberto Aguilera Valadez) – Born in Parácuaro, Mexico. He was a Mexican singer, songwriter, recording artist, and performer. He was called “The Liberace of Mexico” and also known as “The Mexican Elton John.” Fan and media outlets have long alluded to him allegedly being gay, but he has only

addressed the question once formally, telling a Univision reporter, “don’t ask about something that is obvious.” In 1971, he signed a recording contract with RCA. Thanks to executive record producer, Jon Gordillo, he became a world-renowned artist. Over the next 15 years, Gabriel’s fame grew. He recorded 15 albums and has sold over 20 million records. He had written and recorded over 1000 songs in a variety of music genres. Gabriel died at the age of 66 from a heart attack.

President Harry Truman announced the U.S. has developed a hydrogen bomb (H-Bomb). He made this announcement in his final State of the Union Address.

In Chicago, Muddy Waters recorded “Hoochie Coochie Man.” The Hoochie Coochie was a sexually provocative dance that became wildly popular during and after the Chicago World’s Fair in 1893. Since the dance was performed by women, a “hoochie coochie man” either watched them or ran the show.

1957 – The board of directors of the American Civil Liberties Union (ACLU) approves a national policy statement asserting that laws against sodomy and federal restrictions on employment of lesbians and gay men are constitutional.

The United States first test launched the Polaris Submarine Launched Ballistic Missile (SLBM) from their launching facility in Cape Canaveral, Florida.  The Polaris would be the first missile deployed in the world that could be launched from a submerged submarine and carry a nuclear warhead, changing the game of nuclear brinkmanship forever.

01-07-1969 David Yost – Born in Council Bluffs, Iowa. He is an American actor and producer known for his role of Billy Cranston on

the television series (1993-1996) Mighty Morphin Power Rangers, (1995) Mighty Morphin Power Rangers: The Movie, and the last season, Power Rangers Zeo. Yost left the show toward the end of the 1996 season. While it was originally believed that he left the series due to insufficient pay, Yost later revealed in a 2010 interview that he left because he could no longer handle harassment by the production crew that targeted his sexual orientation. He was often called a “faggot.” He claims that his co-workers considered him “not worthy” and that he “could not be a superhero” because he was gay. After he left the show, he tried to get rid of his homosexuality with conversion therapy, but was unsuccessful. He had a nervous breakdown which resulted in his psychiatric hospitalization for five weeks. After he checked out, he moved to Mexico for a year, and eventually accepted his sexuality.

1971: In its final report to Pres. Nixon, the National Commission on Reform of Federal Criminal Laws urges the abolition of all U.S. laws prohibiting homosexual acts between consenting adults.

USA -Jack Baker (born 1942) adopts his partner, Mike McConnell (born 1942), in Minnesota for tax benefits. Baker was the president of the University of Minnesota student body. They had applied for a marriage license in 1970 but were denied. They are still together today.

01-07-1973 Paul Ferreira – Born in Archipelago of the Azores, Portugal. He is a Canadian populist politician and one of the first openly

gay politicians elected to provincial office in Canada. He also has the distinction of being the first Azores-Canadian MPP. In 1979 his family immigrated to Canada and settled in Brampton, Ontario. Ferreira is an honors graduate of Ottawa’s Carleton University. He speaks English, French, and Portuguese.

1977- The government-financed Canadian Broadcasting Corporation releases a new public policy on public service announcements from its headquarters in Ottawa. Nothing controversial, including issues around being gay, would be allowed.

“Fame,” based on the motion picture of the same name and starring Albert Hague, Carlo Imperato, Debbie Allen, Gene Anthony Ray, and Carol Mayo Jenkins, began a six-season run, airing on NBC-TV for the first two years, then in syndication.

Barry Manilow remained at #1 for a third week on the Adult Contemporary chart with “Read ‘Em And Weep”.

On the POp charts Olivia Newton-John moved “Twist Of Fate” to #5,  Elton John registered his 18th Top 10 with “I Guess That’s Why They Call It The Blues”,  at #8

01-07-1991 Caster Semenya – Born in Polokwane, Limpopo, South Africa. Semenya is thought to have an intersex trait but because her sex

test results were never published officially, it’s not possible to confirm. The test, according to the International Association of Athletics Federations, was given to determine whether she had a “rare medical condition” giving her an “unfair advantage.” In an interview with South African magazine YOU Semenya stated, “God made me the way I am and I accept myself.” She won the gold medal in the women’s 800 meters at the 2016 Rio Games and was one of 49 out LGBT athletes to participate at the 2016 Summer Olympic Games. Semenya is married to her long-time girlfriend, Violet Raseboya.

Capitol Records decided against renewing the contract of singer Anne Murray. During her 22 years with the label, Murray recorded 30 albums and had four Top 10 singles. Murray is a fave of lesbians performer

1994, UK – The first-ever televised lesbian kiss in the UK airs on this day. Brookside is a British soap opera set in Liverpool, England. The series began on the launch night of Channel 4 on November 2, 1982, and ran for 21 years until November 4, 2003. The kiss was  between Beth Jordache and Margaret Clemence.

American record producer Owen Bradley died aged 82. Along with Chet Atkins and Bob Ferguson, he was one of the chief architects of the 1950s and 1960s Nashville sound in country music and rockabilly. Bradley produced artists such as Patsy Cline, Brenda Lee, Loretta Lynn, Lenny Dee, and Conway Twitty. His last LP kd lang’s Shadowland.

2004 – Six former students – Alana Flores and five others — from Morgan Hill School district (in California) settle a lawsuit against the district for $1.1 million. “[The settlement also] requires the school district to implement mandatory annual training regarding harassment based on sexual orientation or gender identity for administrators, teachers, middle school and high school students, and staff. The settlement ends five years of wrangling during which a state law was passed — with the Morgan Hill students’ input — prohibiting anti-gay harassment of students. The case also prompted a U.S. 9th Circuit Court of Appeals ruling in April that stated public school administrators who fail to take effective steps to counter anti-gay harassment could be violating the U.S. Constitution’s guarantee of equal protection — even if they have an anti-discrimination policy in place. That ruling covered districts in California and eight other Western states and, according to plaintiffs’ attorneys, finally brought district officials to the negotiating table,” according to the L.A. Times.

India – Transgender Mandu Bai Kinnar (born 1980), who was expelled from his family, is elected mayor of Raigarh in the state of Chhattisgarh. 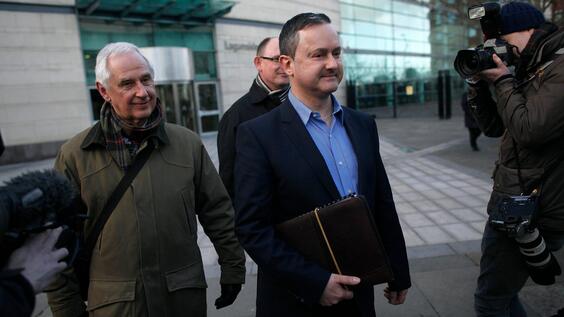 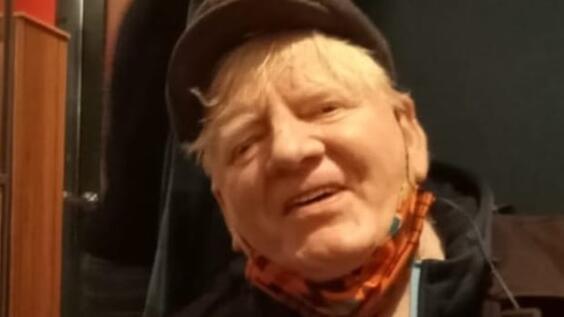 This U.K. man convicted under an anti-gay law 40 years ago may finally get a pardon | CBC RadioThe U.K. government announced Tuesday that it will expand a program launched in 2012 that allowed thousands of gay and bisexual men to clear their convictions under now-abolished anti-gay laws. www.cbc.ca 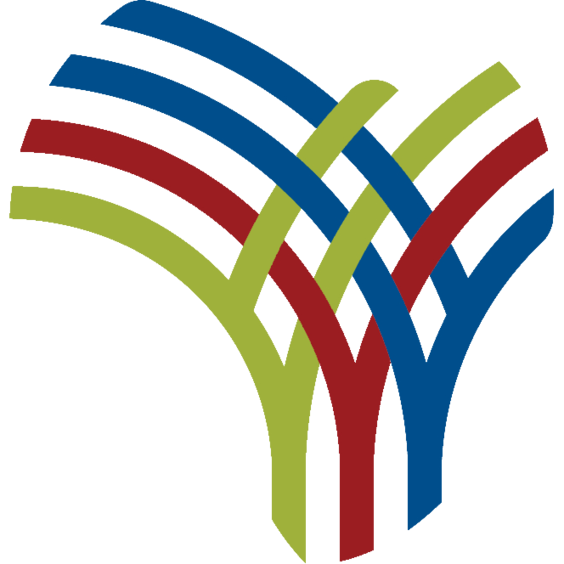 Senegal: Parliament Rejects Law Increasing Prison Time for Homosexuals – allAfrica.comA bill that would have increased the punishment for homosexual acts in Senegal from 5 years to 10 years will not be voted on, after lawmakers in a parliament committee on Wednesday rejected approving it for a vote by the full legislative body.Show Moreallafrica.com 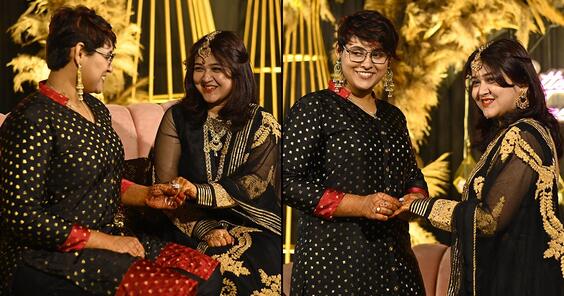 Paromita Mukherjee & Surbhi Mitra: This Lesbian Couple’s Journey Of Making HistoryRead here about Paromita Mukherjee and Surbhi Mitra, the first lesbian couple to get engaged in central India (Nagpur). Here’s how they came to terms with their sexual orientation & told their parents to come together.www.scoopwhoop.com 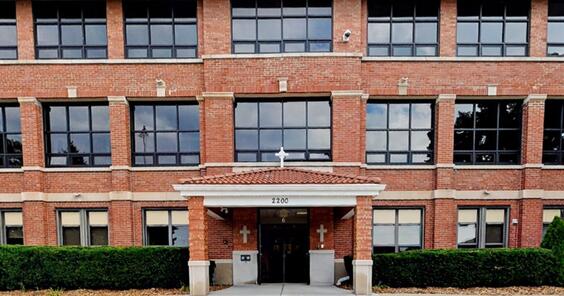 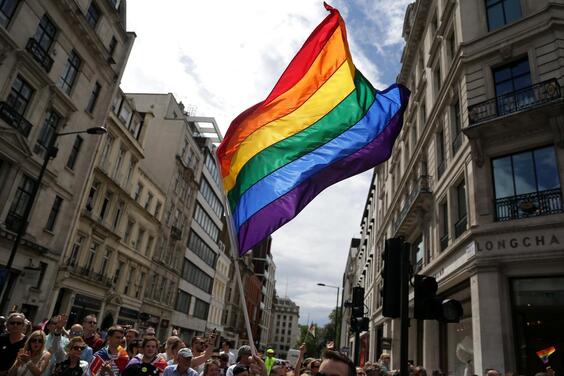 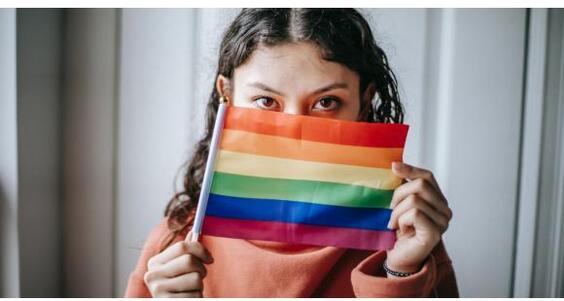 3 Things that haunt a person who has just come out as LGBT | PINKVILLAIf you are someone who identifies themselves as a member of The Pride Family, you would understand the nightmares that certain thoughts give you. Fro…www.pinkvilla.com

selling the repackaged problem as the solution.. 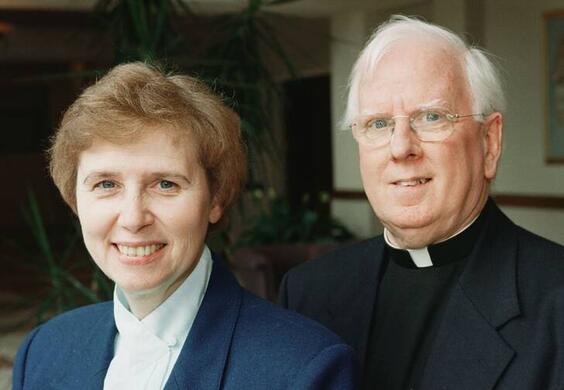 Interview: Sister Jeannine Gramick on being censured by the Vatican, 50 years of ministry and her hopes for LGBT Catholics | America Magazine“My hope for L.G.B.T. Catholics is that they all feel welcome and comfortable in any parish in the world,” Sister Gramick says. “That they might feel just as much a part of the church as anyone else.”www.americamagazine.org 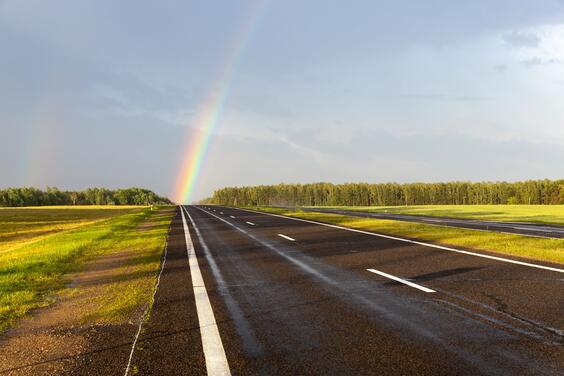 Where The Rainbow Ends: American Muslims And LGBT Activism – MuslimMatters.orgAmerican Muslim promotion of the LGBT freedom and equality platform has drastically undermined the ability of the Muslim community itself to live with, or even conceive of, a conception of freedom and equality that would be most conducive to sexual probity, moral decency, and the preservation of faith across generations.muslimmatters.org 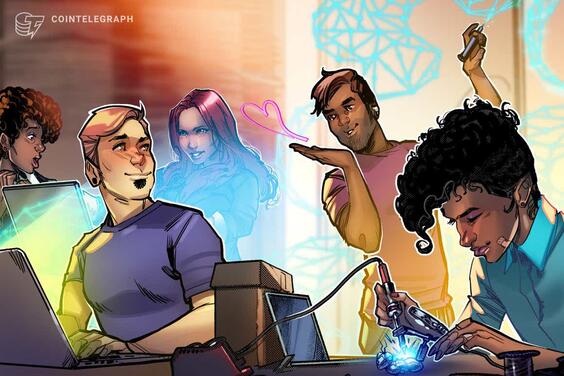 Today in LGBT History – JANUARY 7 | Ronni Sanlohttps://ronnisanlo.com › today-in-lgbt-history-january-…Jan 7, 2019 — 1957 – The board of directors of the American Civil Liberties Union (ACLU) approves a national policy statement asserting that laws against …