1752, Switzerland – Swiss historian Johannes Von Muller (3 January 1752 – 29 May 1809) is born in Neunkirch. He spent 40 years writing a history of his homeland, but more interesting are his love letters to Charles Victor de Bonstetten (3 September 1745 – 3 February 1832), a handsome young Swiss writer. Outed by Goethe, Muller’s poems to Bonstetten were not published until 1835, long after his death.

01-03-1824 – 06-21-1891  Sophia B. Packard – Born in New Salem, Massachusetts. She was an American educator. She and her life-long partner, Harriet E. Giles, opened a school for African-American women in Atlanta, Georgia that would eventually become Spelman College. With a gift of $100 from First Baptist Church of Medford, Massachusetts, and a promise of administration and financial support from the Boston-based Woman’s American Baptist Home Mission Society, the two women opened a school in the basement of Friendship Baptist Church, an African-American church in southwest Atlanta. In 1882 the American Baptist Home Mission Society made a down payment on a permanent site for the school. In 1884 John D. Rockefeller paid the balance due. He had been impressed by Packard’s vision. The school was named in honor of Rockefeller’s wife and her parents, who were longtime activists in the anti-slavery movement. Packard remained on the board of trustees and as president of the school until her death in 1891. At the time of her death the school had 464 students and a faculty of 34. It became Spelman College in 1924, and in 1929 it became affiliated with Atlanta University. Packard and Giles are buried together at Silver Lake Cemetery, Athol, Massachusetts.

was a French painter and a pupil of Picasso. She mainly painted women, children, and harlequins. In the spring of 1916, Picasso fell madly in love with her. The affair was on and off until the end of 1916, when they decided to marry. When they were going to meet family in Barcelona, she left Picasso and returned to her female lover in Paris. In 1923, she and Picasso became lovers again and one of Picasso’s most famous works, The Lovers (1923) is of the two of them. According to Picasso biographer, John Richardson, “Irène Lagut was basically a lesbian. That is why she went back and forwards between girlfriends and then boyfriends. She led a peculiar life — she had been kept by a Russian grandduke in Moscow.”

feature films spanned from the late 1920s into the early 1940s. Throughout that time she was the only woman working in the field. She was a lesbian who cultivated a masculine look in her clothes and appearance. Arzner had been linked romantically with a number of actresses, but lived the last 40 years of her life with choreographer Marion Morgan. The films she directed in the 1930s launched the careers of many actresses, including Katharine Hepburn, Rosalind Russell, Sylvia Sidney, and Lucille Ball. In 1936, she became the first woman to join the newly formed Directors Guild of America.

Diaghilev’s secretary, librettists, and main collaborator. They were briefly lovers. In 1925, Kochno had an affair with Cole Porter. In 1933 he and George Balanchine founded the ballet company, Les Ballets. At the end of WWII, he and Roland Petit founded the Ballets des Champs-Élysées. He wrote several books, including Diaghilev and the Ballets Russes. Kochno died in Paris in 1990.

01-03-1916 – 10-21-1995   Maxene Andrews – Born in Mound, Minnesota. She was one of the Andrew Sisters. With her sisters, Patty and Laverne, they were one of the most successful women’s singing groups, with 19 gold records and sales of nearly 100 million copies. They began performing in the early 1930s when the Depression wiped out their father’s business.  In 1937, the trio scored their first big hit with Bei Mir Bist Du Schoen. Maxene married Lou Levy in 1941 and divorced in 1950. She adopted 2 children. She had a relationship with her manager, Lynda Wells, and adopted her. It was the only way Maxene could legally protect her lover. She was estranged from her children at the time of her death and left everything to Lynda Wells. According to a radio interview by Lynda Wells in 2019, Maxene entered a thirteen-year relationship with a woman and later Wells became Maxene’s life partner. Wells stated, “To me, being gay was not a central focus of Maxene’s life at all. Her art was. Her singing was.” Wells also said that their status as companions, and Maxene’s health issues as she got older, led Maxene to adopt her as a daughter. “There was no such thing as being married at that time, she told the interviewer, and added, “During her lifetime, there was no such thing that existed for us.”

FilmIndependent.org is raising money to make a film on her life – An All American Affair: The True Story of Maxene Andrews

01-03-1897 – 08-01-1987  Pola Negri (b. Apolonia Chalupec) – Born in Lipno, Poland. She was a stage and film actress who achieved worldwide fame during the silent and golden eras of Hollywood and European film for her femme fatale roles. Negri was the first European film star to be invited to Hollywood, and became one of the most popular actresses in American silent film. Her two marriages, the first to Count Dambski (m. 1919; div. 1922), and Prince Mdivnai (m. 1927; div. 1931), were short lived. It was rumored that she was Valentino’s lover until his death in 1926. At his funeral, she “fainted” several times. The press considered her actions as a publicity stunt. Talullah Bankhead dismissed Negri as “The biggest phony in Hollywood, dahling! A lying lesbo, a Polish publicity hound. Had a mustache and couldn’t act her way out of a paper bag!” In the 1930’s, Negri had met oil heiress and vaudeville actress, Margaret West and in the 1940s, they became close friends. In 1957, the two women moved to San Antonio and lived together until West’s death in 1963. Negri inherited West’s estate and remained in San Antonio until her own death in 1987. (Second photo is of Pola Negri with Charlie Chaplin)

1971 – Ti-Grace Atkinson (born November 9, 1938) advocates political lesbianism – a total and exclusive commitment to women that may or may not include sex – at a Daughters of Bilitis New York meeting

01-03-1980 Telly Leung – Born in New York City, New York. He is a Chinese-American Broadway actor, singer, and songwriter. He is known

for his many musical theatre roles on Broadway and his role Wes on Glee (2010-2011). In November 2011, he began starring on Broadway in Godspell, a revival at the Circle in the Square Theatre in New York. In 2015, he played Young Sam in the musical Allegiance at Broadway’s Longacre Theatre. He was born and raised in New York City and grew up in a traditional Chinese home in Brooklyn. He is openly gay.

1987 – Aretha Franklin became the first woman inducted into the Rock and Roll Hall of Fame.

Queen Latifah, Naughty By Nature, MC Lyte, Public Enemy, and the Geto Boys performed at Madison Square Garden in New York for what was billed as the World’s Greatest Rap Show Ever.

Great Britain’s commercial radio show Hit 40 UK announced that it will no longer use CD sales for its official figures. The networked Top 40 chart program, which broadcasts across 130 stations, will base its weekly charts solely on digital downloads.

Vinyl sales topped three million last year, the highest UK total in 25 years. More than 3.2 million records were sold in 2016, a rise of 53% on the previous year, according to the BPI, which represents the music industry. David Bowie’sBlackstar was the most popular album on vinyl, selling more than double the number of copies of 2015’s biggest-seller, Adele’s 25. 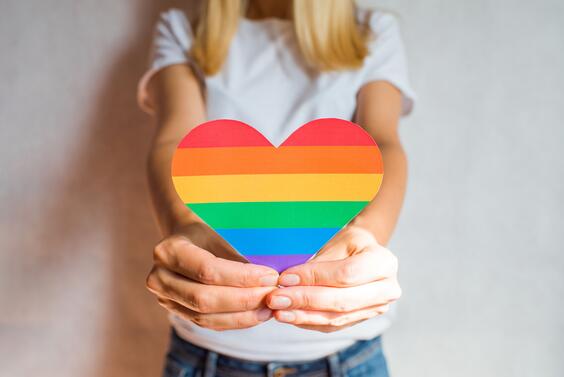 https://www.lgbtqnation.com/2022/01/lesbian-moms-get-hateful-christmas-card-neighbor-seething-pride-flags/Lesbian moms get hateful Christmas card from neighbor seething over their Pride flags / LGBTQ Nation“Why do you have to put it in everyone’s face?” the anonymous letter scolded the family…www.lgbtqnation.com

Another follower asked Caroline who self-identified herself as bisexual in her TikTok bio, if her father knew about it or not. Caroline responded to the question by saying, “I haven’t told him yet, I’m kind of nervous to, to be honest, but I don’t think he would be mad about it.”

https://meaww.com/ted-cruzs-outspoken-daughterCaroline Cruz: Ted Cruz’s daughter reveals she’s bisexual, disses dad in viral TikTok video | MEAWWIn a TikTok video, Caroline Cruz shared about the pros and cons of being a senator’s daughter with her followers and now her account goes privatemeaww.com

https://studybreaks.com/culture/music/cherry-collab/‘Cherry’ Is the Lesbian Collaboration We’ve All Been Waiting ForHayley Kiyoko’s and FLETCHER’s recent single is the gay anthem we wanted it to be — and then some.studybreaks.com

made by power stations, server farms and online scammers

bitcoin is money not based in productivity or creativity

but a Ponzi Scheme

https://www.bollyinside.com/news/maricoin-the-worlds-first-lgbt-cryptocurrency-comes-forward-as-bitcoin-languishes-below-50kMaricoin, the world’s first LGBT + cryptocurrency, comes forward as Bitcoin languishes below $ 50K – BollyinsideThe Crypto.com Coin digital money hit a record high on November 15, coming to $0.52 at its top, as indicated by CoinMarketCap. In comparison, it waswww.bollyinside.com