South Wales, Australia. He was an Australian-American gay costume designer. He won three Academy Awards for Best Costume Design. Orry-Kelly worked on many films now considered classics, including 42nd Street, The Maltese Falcon, Casablanca, Arsenic and Old Lace, Harvey, Oklahoma!, Auntie Mame, and Some Like It Hot. His memoir, Women I’ve Undressed, was discovered in the care of a relative and coincided with Gillian Armstrong’s 2015 documentary on Kelly, Women He’s Undressed. The memoir was published in 2015. Kelly states in his memoir that he was involved with Cary Grant when Grant was Archie Leach. The two lived together while both were pursuing their careers. Upon Kelly’s death, Grant was one of the pallbearers.

1901 – Beauford Delaney (December 30, 1901 – March 26, 1979) is born. He was a gay African American modernistpainter. He is remembered for his work with the Harlem Renaissance in the 1930s and 1940s, as well as his later works in abstract expressionism following his move to Paris in the 1950s. Beauford’s younger brother, Joseph, was also a noted painter. In Greenwich Village, where his studio was, Delaney became part of a gay bohemian circle of mainly white friends; but he was furtive and rarely comfortable with his sexuality. The pressures of being “black and gay in a racist and homophobic society” would have been difficult enough, but Delaney’s own Christian upbringing and “disapproval” of homosexuality, the presence of a family member (his artist brother Joseph) in the New York art scene and the “macho abstract expressionists emerging in lower Manhattan’s art scene” added to this pressure. So he “remained rather isolated as an artist even as he worked in a center of major artistic ferment… A deeply introverted and private person, Delaney formed no lasting romantic relationships.

12-31-1948 – 05-17-2012 Donna Summer – Born in Boston, Massachusetts. She was a prominent gay icon of the underground disco scene. In the mid-1980s, she was embroiled in controversy after she allegedly made anti-gay remarks. Years later, Summer denied that she had ever made any such comments. She wrote a letter to the AIDS campaign group ACT UP apologizing for any pain she may have caused and to forgive her. In 1989 she also told The Advocate magazine that “a couple of the people I write with are gay, and they have been ever since I met them. What people want to do with their bodies is their personal preference.”

12-31-1948   Joe Dallesandro – Born in Pensacola, Florida. He is an American actor and Warhol superstar. Dallesandro is considered to be the

most famous male sex symbol of American underground films of the 20th century, as well as a sex symbol of gay subculture. He starred in the 1968 Andy Warhol film Flesh. In 1970 Rolling Stone stated that his second film Trash, the “Best Film of the Year.” Dallesandro also had roles in mainstream films and also worked in television. He was awarded the Teddy Award in 2009, an honor recognizing filmmakers and artists who have contributed to the acceptance of LGBT people. Dallesandro is openly bisexual. In Lou Reed’s song, Walk on the Wild Side, about the characters Reed knew form Warhol’s studio, The Factory, the verse about Dallesandro used his nickname, Little Joe.

It was announced that General Motors had become the first U.S. corporation with gross earnings in excess of $1 billion.

12-31-1961 Joanna Johnson – Born in Phoenix, Arizona. She is an American actress, writer, and producer. Johnson is best known for her roles as Caroline Spencer Forrester and her twin sister, Karen Spencer on the CBS daytime soap opera The Bold and the Beautiful. She is also an executive producer and writer on the ABC family drama series The Fosters. During a May 2012 interview with TV Guide, she came out as a lesbian and is married to L.A. club promoter Michelle Agnew. They married in 2008, during the four months same-sex marriage in California was recognized. They have 2 adopted children.

1964 – The Council on Religion and the Homosexual holds a costume party at California Hall on Polk Street in San Francisco to raise money for the new organization. When the ministers informed the San Francisco Police Department of the event, the SFPD attempted to force the rented hall’s owners to cancel it. At the event itself, some of the ministers and ticket takers were arrested, creating a brief riot. Police attempt to intimidate some 600 guests by photographing each guest as they arrive. Three lawyers and Nancy May, a straight volunteer, are arrested. Though charges were dropped, the Council published a brief detailing how police oppressed and abused homosexuals.

Sonny And Cher are barred from Pasadena, California’s Tournament of Roses Parade for speaking out in support of the 2,000 demonstrators who protested a year-long campaign by sheriffs and police to clear the Strip of ‘loitering’ teenagers. Known as “the Sunset Strip rioters”, the group mainly consisted of 15-year-olds with long hair and acne who were confronted by several hundred riot-helmeted sheriff’s deputies.

During a raid on The Black Cat bar in San Francisco, a gay man was beaten so severely by police that his spleen was ruptured. The police department filed assault charges against the victim but he was acquitted.

For the first time ever, Americans spent more than $1 billion on records. According to Billboard magazine, album sales were 192 million units and singles sold 187 million units.

1969 – Drag queen acting troupe The Cockettes premiers their act in San Francisco. They are one of the first gender-bending performing groups. The Cockettes were an avant garde psychedelic hippie theater group founded by Hibiscus – George Edgerly Harris II (September 6, 1949 – May 6, 1982) – in the fall of 1969. The troupe was formed out of a group of hippie artists, men and women, who were living in Kaliflower, one of the many communes in Haight-Ashbury, a neighborhood of San Francisco, California. Hibiscus came to live with them because of their preference for dressing outrageously and proposed the idea of putting their lifestyle on the stage. Hibiscus died of Kaposi’s sarcoma due to complications from AIDS on May 6, 1982 at St. Vincent’s Hospital in New York City. He was a very early AIDS casualty: at the time of his death the new illness was still referred to as GRID

1971 – Life Magazine publishes an 11-page spread called Homosexuals in Revolt which discusses the post-Stonewall movement in a generally positive light for the first time.

He was a British professional racing driver. After retiring, he came out publicly in 2017 as gay. He stated that he felt he needed to remain closeted in order to pursue his career in racing.

1990 – Ian McKellen (born 25 May 1939) is knighted by the Queen of England. He is the first openly gay man to be knighted. He is an English actor. He is the recipient of six Laurence Olivier Awards, a Tony Award, a Golden Globe Award, a Screen Actors Guild Award, a BIF Award, two Saturn Awards, four Drama Desk Awards, and two Critics’ Choice Awards. He has also received two Oscar nominations, four BAFTA nominations and five Emmy Awardnominations. While McKellen had made his sexual orientation known to fellow actors early on in his stage career, it was not until 1988 that he came out to the general public, in a programme on BBC Radio. McKellen is a co-founder of Stonewall, an LGBT rights lobby group in the United Kingdom and also patron of LGBT History Month, Pride London, Oxford Pride, GAY-GLOS, The Lesbian & Gay Foundation, and FFLAG where he appears in their video “Parents Talking”.

12-31-1991   Noelle Stevenson – Born in Columbia, South Carolina. She is an American cartoonist and animation producer. Her fantasy comic Nimona and the comics series Lumberjanes both won an Elsner Award. Stevenson married cartoonist Molly Ostertag in September 2019. On October 11, 2020, National Coming Out Day, Stevenson wrote and illustrated her coming out story for Oprah Magazine. She described her journey of self-acceptance and her “battle against the gender essentialism of her Evangelical upbringing.”

Barbra Streisand performed at the MGM Grand in Las Vegas, her first paid concert in 22 years.

Transman Brandon Teena (December 12, 1972 – December 31, 1993) is murdered by the same young men who raped him a week earlier after discovering he’d been born female. His story is captured in the film Boys Don’t Cry. The headstone on his grave is inscribed with his birth name and uses female descriptors. Teena’s murder, along with that of Matthew Shepard (December 1, 1976 – October 12, 1998), led to increased lobbying for hate crime laws in the United States.

George Michael was paid a reported £1.5 million (about$2.35 million US) for a one-hour concert at a Russian billionaire’s New Year’s Eve party on his private estate 20 miles outside Moscow.

Nielsen Sound Scan reported that while overall album sales were down again in 2014, vinyl album sales grew by 52 percent to 9.2 million copies (up from 6.1 million in 2013). More vinyl albums were sold than in any other year since Nielsen started tracking music sales in 1991. 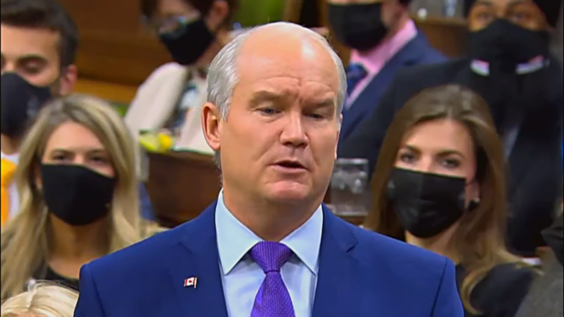 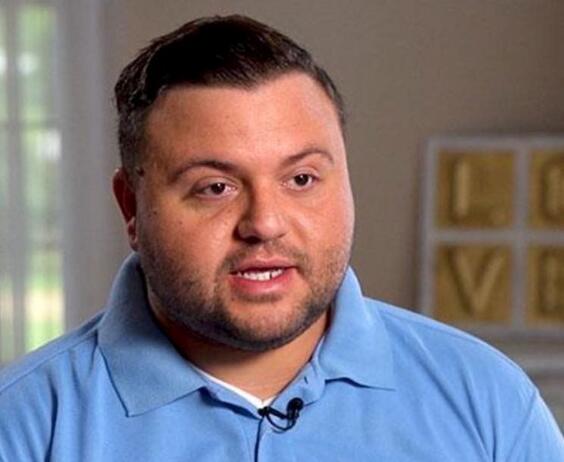 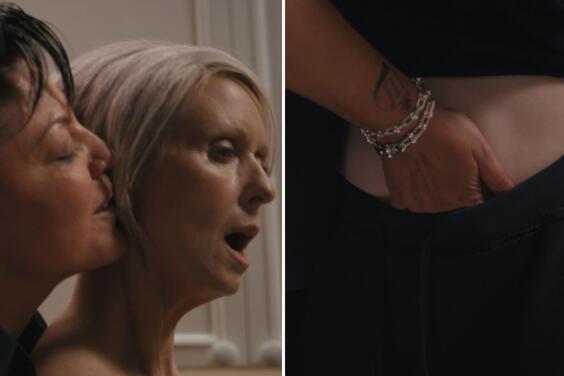 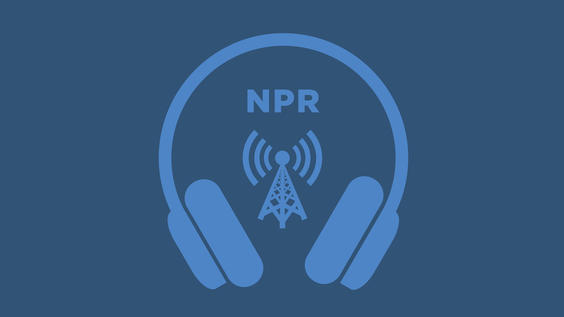 being a market niche is a measure of our voting power 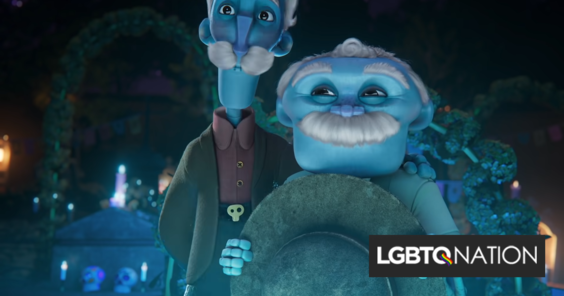 LGBTQ commercials of 2021 that will warm your heart / LGBTQ NationFrom CarGurus to Doritos, when it came to commercials, 2021 was pretty gay…www.lgbtqnation.com

if your conduct and behaviour changes when you know you know someone, that is not support 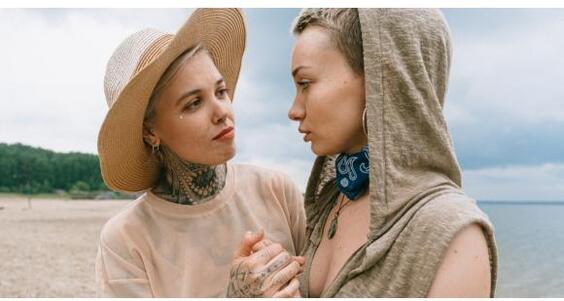 4 Ways to support a friend who has come out as LGBT | PINKVILLAIf your friend has just come out as LGBT, what will your first reaction be? Asking them questions about how it happened or giving them a warm hug and…www.pinkvilla.com

Dear Religion: saying others are not human is hate speech.

saying demographics are lesser than human is hate speech.

Pohjola is being charged for publishing Räsänen’s booklet, which argues against same-sex marriage, contrasts LGBT identities with the Christian notion of what it means to be human, and describes same-sex attraction possibly as being inherently sinful and possibly the result of a “negative developmental disorder.” It was released in 2004 by Luther Foundation Finland, the legal entity behind the ELMDF. 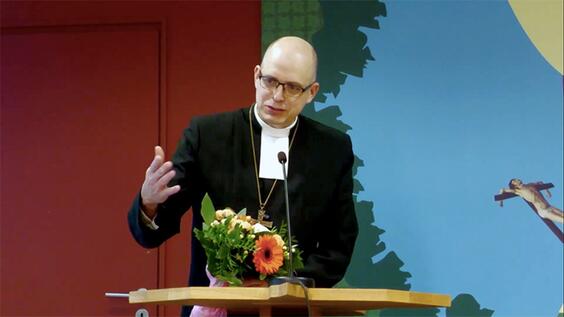 Finnish Bishop and Politician Face Trial for LGBT Statemen…… | News & Reporting | Christianity TodayFor the country’s diverse Lutherans, the case tests the resolve to speak up, the boundaries of tolerance, and Christians’ ability to communicate.www.christianitytoday.com