1901 – Beauford Delaney (December 30, 1901 – March 26, 1979) is born. He was a gay African American modernistpainter. He is remembered for his work with the Harlem Renaissance in the 1930s and 1940s, as well as his later works in abstract expressionism following his move to Paris in the 1950s. Beauford’s younger brother, Joseph, was also a noted painter. In Greenwich Village, where his studio was, Delaney became part of a gay bohemian circle of mainly white friends; but he was furtive and rarely comfortable with his sexuality. The pressures of being “black and gay in a racist and homophobic society” would have been difficult enough, but Delaney’s own Christian upbringing and “disapproval” of homosexuality, the presence of a family member (his artist brother Joseph) in the New York art scene and the “macho abstract expressionists emerging in lower Manhattan’s art scene” added to this pressure. So he “remained rather isolated as an artist even as he worked in a center of major artistic ferment… A deeply introverted and private person, Delaney formed no lasting romantic relationships.

and translator. Bowles studied music composition with Aaron Copland, who also became his lover. While living in Paris, he became a part of Gertrude Stein’s literary and artistic circle. In 1938, he married Jane Auer, an author and playwright. Their marriage was one of convenience, since both had intimate relationships with people of their own sex. The couple had a close relationship and were prominent among literary figures of New York throughout the 1940s. In 1947, he moved to Tangier, Morocco, where he lived for 52 years to the end of his life. Jane followed him in 1948. In 1957, Jane suffered a mild stroke. Her health began to decline and she died in 1973. In 1995, Bowles made his final return to New York where he attended the “Paul Bowles Festival” at Lincoln Center that celebrated his music. A Canadian documentary on his life, Let It Come Down: the Life of Paul Bowles won Best Documentary at the 27th Annual International Emmy Awards in New York City. Bowles died of heart failure in Tangier at the age of 88.

the United Nations. He stayed on this post until 1970, when he became Sweden’s chief negotiator on the EEC treaty in Brussels. He then served as Swedish State Secretary for Foreign Affairs from 1972 to 1977, and as Swedish ambassador to France from 1978 until his retirement in 1982. In 2003, at the age of 87, he came out as gay. In an interview, he had explained that his role as a diplomate made it impossible to declare himself as homosexual in public, but that his superiors and others were informed to eliminate the possibility of him being blackmailed by foreign agents.

daughter of the actor Simon Ward. Her film roles include the part of Elizabeth Hardy in the film Young Sherlock Holmes. She had the recurring role of Dr. Helen Trent in the long-running television series, Heartbeat. In 1988, she married veterinary surgeon Paul Hobson and had two sons. They divorced in 1996 after Ward became involved with Korean-American writer Rena Brannan and came out as a lesbian. Ward and Brannan had a civil partnership ceremony in 2005 and in 2014 the couple legally married.

1964 – The Council on Religion and the Homosexual holds a costume party at California Hall on Polk Street in San Francisco to raise money for the new organization. When the ministers informed the San Francisco Police Department of the event, the SFPD attempted to force the rented hall’s owners to cancel it. At the event itself, some of the ministers and ticket takers were arrested, creating a brief riot. Police attempt to intimidate some 600 guests by photographing each guest as they arrive. Three lawyers and Nancy May, a straight volunteer, are arrested. Though charges were dropped, the Council published a brief detailing how police oppressed and abused homosexuals.

on the USA charts: songs Aretha Franklin raced up to #7 with “Chain Of Fools”

– During a raid on The Black Cat bar in San Francisco, a gay man was beaten so severely by police that his spleen was ruptured. The police department filed assault charges against the victim but he was acquitted

1969 – Drag queen acting troupe The Cockettes premiers their act in San Francisco. They are one of the first gender-bending performing groups. The Cockettes were an avant garde psychedelic hippie theater group founded by Hibiscus – George Edgerly Harris II (September 6, 1949 – May 6, 1982) – in the fall of 1969. The troupe was formed out of a group of hippie artists, men and women, who were living in Kaliflower, one of the many communes in Haight-Ashbury, a neighborhood of San Francisco, California. Hibiscus came to live with them because of their preference for dressing outrageously and proposed the idea of putting their lifestyle on the stage. Hibiscus died of Kaposi’s sarcoma due to complications from AIDS on May 6, 1982 at St. Vincent’s Hospital in New York City. He was a very early AIDS casualty: at the time of his death the new illness was still referred to as GRID

1971 – Life Magazine publishes an 11-page spread called Homosexuals in Revolt which discusses the post-Stonewall movement in a generally positive light for the first time.

December 30, 1976ABBA, the world’s most successful singing group of the seventies, are awarded a US Gold record for their “Greatest Hits” album. Despite the compilation title, only half of the tracks had actually charted as hit singles in America.

12-30-1983 Nicholas “Nick” Symmonds – Born in Blytheville, Arkansas. His family moved to Boise Idaho when he was three. He is an

American middle-distance runner and a straight ally that dedicated his silver medal won in Moscow in 2013 to his LGBT friends in the U.S.A. He was a vocal critic of Russia’s “anti-gay” laws. He also published an article in the November 2013 issue of Runner’s World Magazine advocating that Congress should ban assault rifles and handguns for everyone except police and military personnel. He posed with his pet rabbit Mortimer for a PETA ad campaign against animal testing.

1990 – Ian McKellen (born 25 May 1939) is knighted by the Queen of England. He is the first openly gay man to be knighted. He is an English actor. He is the recipient of six Laurence Olivier Awards, a Tony Award, a Golden Globe Award, a Screen Actors Guild Award, a BIF Award, two Saturn Awards, four Drama Desk Awards, and two Critics’ Choice Awards. He has also received two Oscar nominations, four BAFTA nominations and five Emmy Awardnominations. While McKellen had made his sexual orientation known to fellow actors early on in his stage career, it was not until 1988 that he came out to the general public, in a programme on BBC Radio. McKellen is a co-founder of Stonewall, an LGBT rights lobby group in the United Kingdom and also patron of LGBT History Month, Pride London, Oxford Pride, GAY-GLOS, The Lesbian & Gay Foundation, and FFLAG where he appears in their video “Parents Talking”.

1993 – Transman Brandon Teena (December 12, 1972 – December 31, 1993) is murdered by the same young men who raped him a week earlier after discovering he’d been born female. His story is captured in the film Boys Don’t Cry. The headstone on his grave is inscribed with his birth name and uses female descriptors. Teena’s murder, along with that of Matthew Shepard (December 1, 1976 – October 12, 1998), led to increased lobbying for hate crime laws in the United States.

“Waiting To Exhale (Shoop Shoop)” by Whitney Houston blew past the competition for a fifth straight week at #1 on the R&B chart.

on USA LP chart: Daydream moved into the #1 spot on the Album chart for Mariah Carey, bumping Anthology 1 by the Beatles.  the Soundtrack to “Waiting to Exhale” was fourth

78-year-old Bill Cosby was formally charged with sexual assault in relation to a 2004 accusation in Montgomery County, Pennsylvania. Cosby reached #4 on the Billboard Hot 100 in 1967 with “Little Old Man (Uptight – Everything’s Alright)”. He also placed fifteen albums on the Hot 200, beginning with “I Started Out As A Child” in 1964.

LGBTQ2 blogger Nina Notes: the above is included as a heteronormative benefit of the doubt situation to contrast with the actions against LGBTQ2

you are delusional in your religion

that is why you do not understand others

and why you lash out against others you judge instead of understanding. 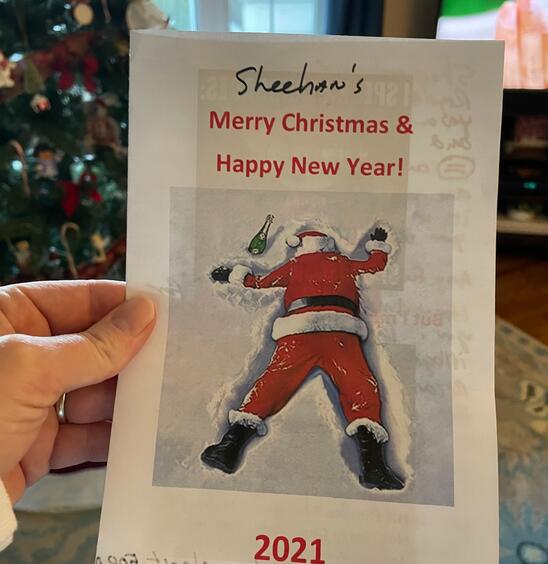 ‘I don’t understand you people’: LGBTQ family receives anonymous hateful Christmas card, prompting support from neighbors – masslive.comThe family saw a flood of support following the incident, with comments on Facebook and kind letters in their mailbox.www.masslive.com

being oppressed leads to depression 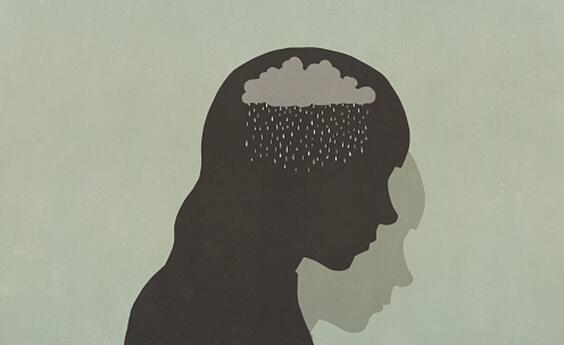 https://www.ebar.com/news/news//311742Bay Area Reporter :: Out in the World: Mixed record on LGBTQ rights across the world in 2021The year started out on a hopeful note. The world was looking forward to getting past a dark period in America’s leadership and the global COVID-19 pandemic.www.ebar.com 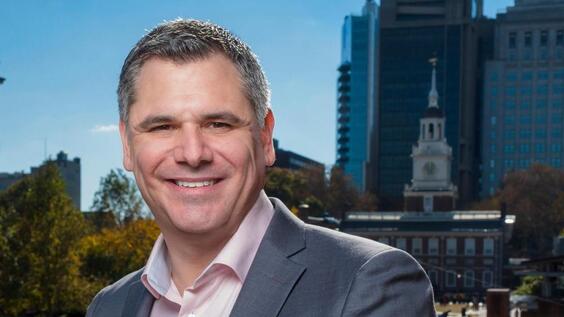 LGBTQ Tourism Pioneer, Philadelphia’s Jeff Guaracino Has Died Of Cancer At 48Friends are remembering the Visit Philadelphia President and CEO who died following a long battle with cancer, and his legacy in drawing LGBTQ tourists to his beloved hometown.www.forbes.com

the sports stats are important data in the overall discussion
as well as the medical status. 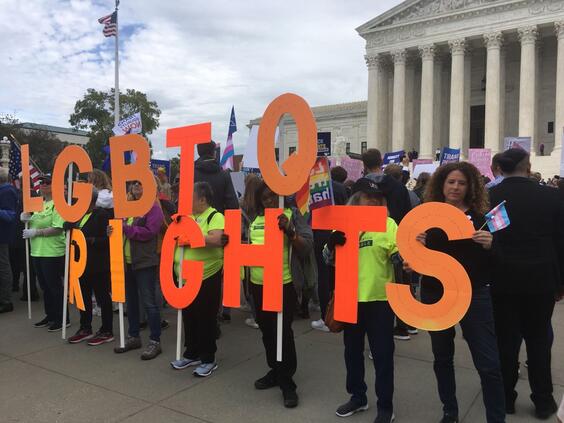 supporting would be speaking to the whole class, putting up posting and being available to be approached.

but more specially sending students who may be, deeper into the closet and delaying their individual development

or creating a trans centric discussion and altering individual development

this is why words and phrases need to be specific

not mix and match or words meaning whatever an individual wants

rather than commonly understood and legally defined sexual orientation status

the oppression of non heterosexual sexual orientations are identity,

and gay men, bisexuals and lesbians are not hate crimes against trans, nor bigotry.

I remind everyone that when a heterosexual male teacher has annual affairs with female students, he is protected under the law as benefit of the doubt.

a heterosexual woman teacher tends to be fired and the teenage boy deemed lucky, these tend to be one off events rather than annual changeover of students.

but when a gay or lesbian teacher is caught, there is a demand to purge the profession of predatory queers.

teachers and coaches need to not do anything for which they deserve to be caught and individually punished and it is the cultural context that demonstrates the greater portion of the same problem. 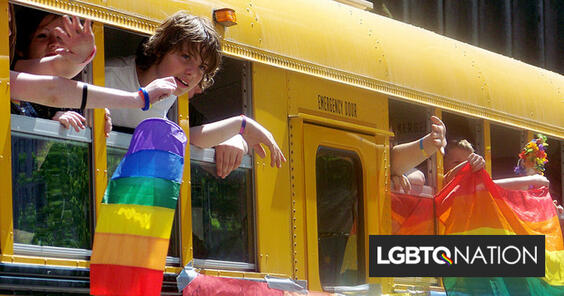 when abuse of authority is just a joke, little wonder the bullies are more protected than the victim targets, eh

but also adult to teens and children boundaries. including related and unrelated 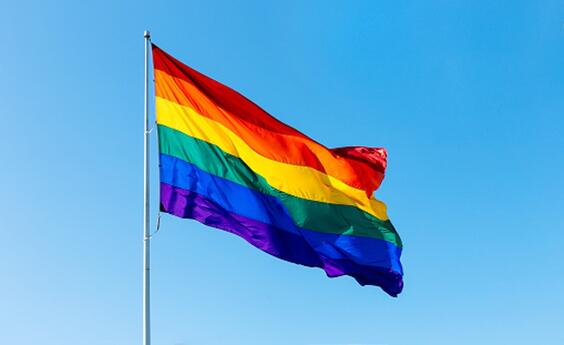 Teacher who ‘stalked’ students online for LGBTQ club says her comments were made ‘tongue in cheek’ | TheHill“When we were doing our virtual learning — we totally stalked what they were doing on Google, when they weren’t doing schoolwork,” Buena Vista Middle School teacher Lori Caldeira said at a recent conference.thehill.com 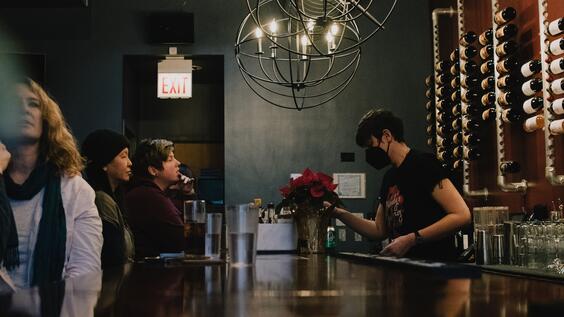 In the face of hostility at Chicago gay bars, two Black lesbians create their ownAmid a decline in lesbian bars nationwide — and complaints about racism and sexism in Chicago’s Boystown — two friends open a haven for everyone.www.washingtonpost.com 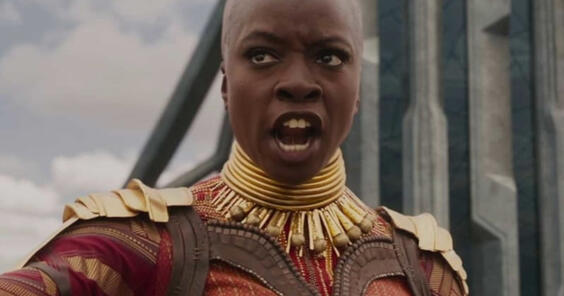 Black Panther 2: Danai Gurira’s Okoye Rumored To Have LesbianLots of LGBTQ representation in the MCU.cosmicbook.news 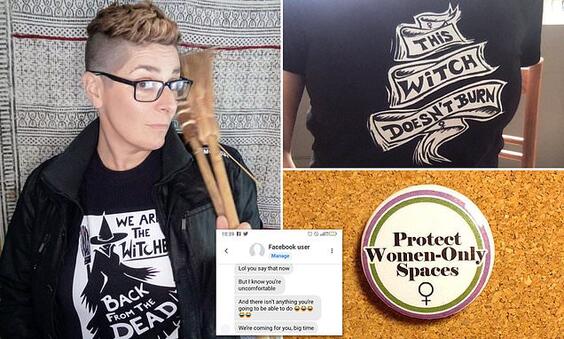 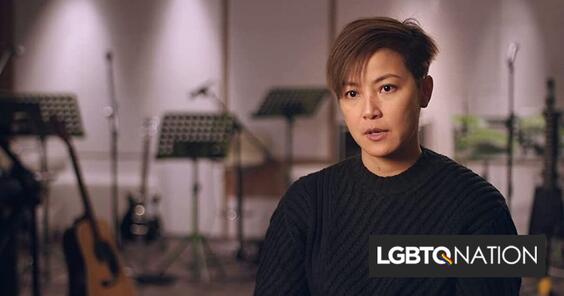 Lesbian pop star Denise Ho arrested amid growing crackdown against China’s critics / LGBTQ NationHo, a regionally well-known pop star who came out in 2012, has been targeted by China as a threat. U.S. Secretary of State Antony Blinken condemned her arrest…www.lgbtqnation.com