1305, France – Grand Master Jacques de Molay (1243 – 18 March 1314) and over 500 Knights Templar recant their confessions of homosexual activities to which they had admitted under torture. King Phillip IV burned 54 of them soon after the false confessions. Philip had de Molay burned upon a scaffold on an island in the River Seine in front of Notre Dame de Paris in March, 1314. The sudden end of both the centuries-old order of Templars and the dramatic execution of its last leader turned Molay into a legendary figure.

1871 – In Cairo, Egypt, Giuseppe Verdi’s opera “Aida” had its world premiere at the Khedivial Opera House.

1920 –  Stormé DeLarverie (December 24, 1920 – May 24, 2014) is born. She was a butch lesbian whose purported scuffle with police was one of the defining moments of the Stonewall riots, spurring the crowd to action. She was born in New Orleans to an African American mother and a white father. She is remembered as a gay civil rights icon and entertainer who graced the stages of the Apollo Theater and Radio City Music Hall. She worked for much of her life as an MC, singer, bouncer, bodyguard and volunteer street patrol worker, the “guardian of lesbians in the Village.” Her partner, a dancer named Diana, lived with her for about 25 years until Diana died in the 1970s. According to friend Lisa Cannistraci, DeLarverie carried a photograph of Diana with her at all times. DeLarverie continued working as a bouncer until age 85.

In addition to her work for the LGBT community, she also organized and performed at benefits for battered women and children. On April 24, 2014, DeLarverie was honored along with Edith Windsor by the Brooklyn Community Pride Center, “for her fearlessness and bravery.”

1924 – The state of Illinois issues a charter to a non-profit organization called Society for Human Rights, the first US-based gay human rights group. The Society is quickly shut down, however, after a member’s wife complains to the police and its founder, Henry Gerber (June 29, 1892 – December 31, 1972) is arrested for “obscenity.” Gerber was an early homosexual rights activist in the United States. Inspired by the work of Germany’s Magnus Hirschfeld and his Scientific-Humanitarian Committee, Gerber founded the Society for Human Rights (SHR) in 1924, the nation’s first known homosexual organization, and Friendship and Freedom, the first known American homosexual publication. SHR was short-lived, as police arrested several of its members shortly after it incorporated. Although embittered by his experiences, Gerber maintained contacts within the fledgling homophile movement of the 1950s and continued to agitate for the rights of homosexuals. Gerber has been repeatedly recognized for his contributions to the LGBT movement.

1946 – Brenda Howard (December 24, 1946 – June 28, 2005) was an American bisexual rights activist, sex-positive feminist, polyamorist and BDSM practitioner. Howard was an important figure in the modern LGBT rights movement. A militant activist who helped plan and participated in LGBT rights actions for over three decades, Howard was an active member of the Gay Liberation Front and for several years chair of the Gay Activists Alliance‘s Speakers Bureau in the post-Stonewall era. She is known as the “Mother of Pride” for her work in coordinating a rally and then the Christopher Street Liberation Day March to commemorate the first anniversary of the Stonewall riots. Howard also originated the idea of a week-long series of events around Pride Day which became the genesis of the annual LGBT Pride celebrations that are now held around the world every June. Additionally, Howard along with fellow LGBT activists Stephen Donaldson and L. Craig Schoonmaker are credited with popularizing the word “Pride” to describe these festivities. A fixture in New York City’s LGBT Community, Howard was active in the Coalition for Lesbian and Gay Rights which helped guide New York City’s Gay rights law through the City Council in 1986 as well as ACT UP and Queer Nation. In 1987 Howard helped found the New York Area Bisexual Network to help co-ordinate services to the region’s growing Bisexual community. She was also an active member of the early bisexual political activist group BiPAC, a Regional Organizer for BiNet USA, a co-facilitator of the Bisexual S/M Discussion Group and a founder of the nation’s first Alcoholics Anonymous chapter for bisexuals. On a national level, Howard’s activism included work on both the 1987 March on Washington for Lesbian and Gay Rights and the 1993 March on Washington for Lesbian, Gay and Bi Equal Rights and Liberation where she was female co-chair of the leather contingent and Stonewall 25 in 1994. Howard died of colon cancer on June 28, 2005.

of the New York State Assembly. She was the first out LGBT member of the New York Legislator. Her political activity began in college and her involvement in grass roots organizing continues today. She has focused on areas relating to civil rights, reproductive freedom, LGBT rights, environmental improvement and preservation, and the arts. She has lived in Greenwich Village for over 40 years.

12-24-1959 Lee Daniels – Born in Philadelphia, Pennsylvania. He is an openly gay African-American actor, film producer, and director. Daniels was the director of Precious and The Butler, among other

films. Monster’s Ball, the debut production of Lee Daniels Entertainment, was a critical and box office success. He lives in New York City. He and his then-partner, casting director Billy Hopkins, adopted Daniels’ biological niece and nephew, Clara and Liam. Hopkins and Daniels later separated. On January 7 2015, Empire, a television series created by Daniels premiered. In 2015, he was listed as one of the nine runners-up for The Advocate’s Person of the Year.

Private Presley was living off base. Military Service in Germany Feb 3 – March 1960: Goethestr.14 in Bad Nauheim, Germany. Elvis had been undergoing a series of skin treatments for enlarged pores; however, they came to an abrupt end, when Elvis accused Griessel Landau of making sexual advances.  Landau threaten blackmail about 16 year old girls which he knew Elvis was seeing. Shades of Jerry Lee Lewis, so Elvis called The Col, and Elvis went to the army’s Provost Marshal Division, which referred the case to the FBI. . Griessel Landau was not a real doctor, he was selling an herbal face scrub and massage service and after a small payment, he flew to London and that was the end of it.

Puerto Rican pop singer, actor, and author. After five years with the group Menudo, he released several Spanish-language solo albums throughout the 1990s. He also acted on stage and on TV in Mexico. In 1994 he starred on the American TV soap opera General Hospital, playing a Puerto Rican singer. In late 1999 Martin performed The Cup of Life at the 41st Grammy Awards show, which became a catalyst in bringing Latin pop to the forefront of the U.S. music scene. Martin has also expressed support for same-sex

marriage in an interview with Larry King, and commented on his experience of being closeted and coming out. “Everything about saying that I am gay feels right…”, Martin stated, adding “if I’d known how good it was going to feel, I would have done it ten years ago.” Ricky Martin’s autobiography, Me, was published on November 2, 2010. In 2016, Martin announced on the Ellen DeGeneres Show that he was engaged and going to marry artist Juan Yosef. Martin and Yosef married in 2017.

ABBA members Bjorn Ulvaeus and Agnetha Faltskog are granted a divorce. The group’s other couple, Benny Anderson and Anni-Frid Lyngstad, who had just married three months earlier, would split in 1981.

12-24-1981 Chris Kluwe – Born in Philadelphia, Pennsylvania. He is a straight ally and supporter of LGBT rights. Kluwe was an NFL Minnesota Vikings Punter. After he was released from the Vikings, he

signed with the Oakland Raiders on May 15th, 2013. On January 3, 2014, he retired from football. He was an outspoken advocate for same-sex marriage and gay rights, and was considered to be one of the NFL’s more controversial figures. On January 18, 2013, Kluwe appeared on The Ellen Degeneres Show to discuss his support of same-sex marriage. On April 16, 2013, in recognition of his steadfast support of same-sex marriage and for starting a conversation about LGBT issues in athletics, Kluwe was named Grand Marshal of the 41st annual Twin Cities Pride festival in Minneapolis, Minnesota.

1990-Lesbian actress Pat Childers Bond (February 27, 1925 – December 24, 1990) dies of lung cancer at age 65. She was an American actress who starred on stage and on television, as well as in motion pictures. She was openly lesbian and in many cases she was the first gay woman people saw on stage. Her career spanned some forty years. She joined the Women’s Army Corps in 1945. Having accepted her homosexuality by this point, she was interested in meeting other lesbians. She acted as a nurse for soldiers returning from the South Pacific and also served in occupied Japan. In 1947, in Tokyo, 500 women were dishonorably discharged from the army on the charge of homosexuality. During this period, many lesbians testified against each other in trial but Bond married a gay GI soldier to avoid prosecution. Her marriage to Paul Bond in San Francisco afforded Bond an honorable discharge from the army on July 3, 1947. She later said she regretted leaving her lover in the Corps, but did so to protect her.  In 1990, Pat was honored by the San Francisco Board of Supervisors in recognition of her army tenure at the end of World War II. Her personal papers and photo albums were donated to the Gay and Lesbian Historical Society. In 1992, The Pat Bond Memorial Old Dyke Award was founded in her honor. The award recognizes Bay Area lesbians over 60 who have made outstanding contributions to the world.

2000, Canada – Rev. Brent Hawkes reads the Bannes of Marriage for a gay and a lesbian couple at MCC Toronto. Bannes are an ancient Christian tradition which do not require a marriage license. Weddings in January 2001 are not registered by the Province of Ontario and the case goes to court

2012, Serbia – The Serbian Parliament approves changes to the Penal Code to include sexual orientation and gender identity as protected classes when it comes to hate crimes.

2013, UK –Alan Turing (23 June 1912 – 7 June 1954), considered the father of computer science, was a code-breaker who helped shorten WWII. Since he was gay, the British government offered him the choice of prison or chemical castration after he was convicted of gross indecency. He selected hormonal castration via estrogen. He died in 1954 of cyanide poisoning. In 2009, Prime Minister Gordon Brown made an official apology, and the Queen issued Turing a royal pardon on this day in 2013.

Far Out Magazine–Nothing quite says Christmas like a bit of Elvis Presley—even if by that we actually mean David Bowie. A few years back, 2013 to be exact, Mick … 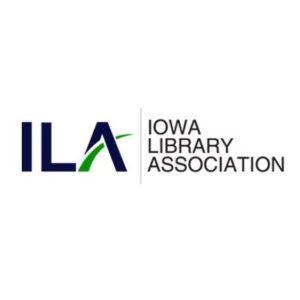 Iowa librarian appeals to colleagues to defend books on LGBT, racism – Radio IowaThe chair of the Iowa Library Association’s intellectual freedom committee is encouraging librarians everywhere to defend books depicting diverse experiences. Amanda Vasquez says there’s been a swell of books that discuss racism and the LGBT experience being challenged in Iowa, but she says these books can help young people understand others. “There’s also this desire […]www.radioiowa.com 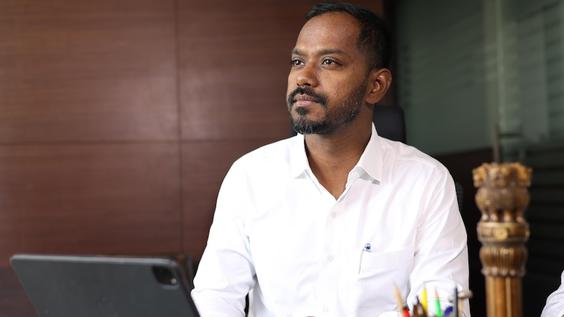 In India, gay, lesbian and trans people can face witchdoctors, exorcists and ‘corrective rape’ – ABC NewsWhen Sonia asked a court for protection, her sexuality was still illegal. But when another young couple did the same, they made history in India.www.abc.net.au

politics pays attention to people to do not 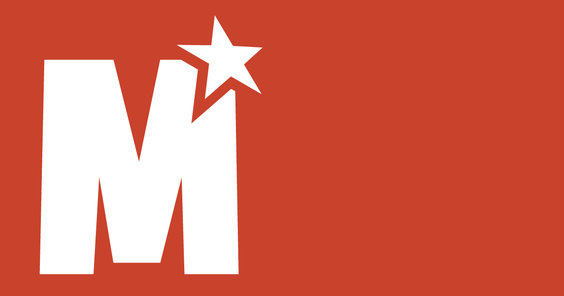 self identification is a problem in many spheres

mostly by undermining programs and protections for specific demographics 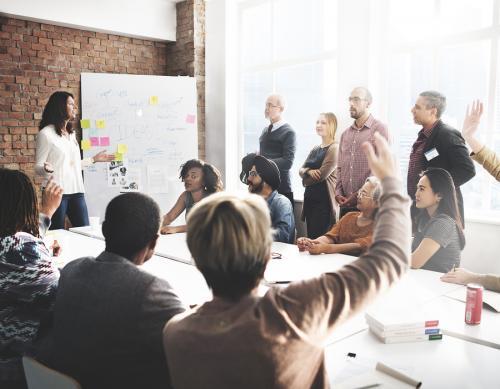 Proving LGBT Status for Purpose of CertificationIf you are an LGBT business owner, you may have considered becoming a certified LGBT-owned business through the National LGBT Chamber of Commerce&amp;rsquo;s LGBT Business Enterprise (LGBTBE) certificatiowww.natlawreview.com