assassination of his father, Paul I. Alexander was crowned on September 15, 1801 in the Dormition Cathedral n the Moscow Kremlin and rumors of his homosexuality began circulating shortly thereafter. During the early part of his rule, he relied on the “Unofficial Committee,” composed of four of his young companions, for political guidance and support. He was defeated by Napoleon and forced to sign a treaty in 1807. In 1812 he came back to defeat the French. He ended his reign as a recluse. Napoleon said about Alexander I, “He was the slyest and handsomest of all the Greeks!” In that period what was called a “Greek” was what we now call  “gay.”

1868 –  Mary Rozet Smith (Dec. 23, 1868-1934) is born. She was a Chicago-born US philanthropist who was one of the trustees and benefactors of Hull House. She was the companion of activist Jane Addams  (September 6, 1860 – May 21, 1935), for over thirty years. Smith provided the financing for the Hull House Music School and donated the school’s organ as a memorial to her mother. She was active in several social betterment societies in Chicago at the turn of the 20th century.

was the companion of Jane Addams for 40 years. Smith was a philanthropist and supporter of Hull House. She was from a wealthy Chicago family, the daughter of a successful manufacturer and a Philadelphia philanthropist. Smith first came to Hull-House in 1890 as a volunteer leading a variety of children’s clubs. She became an important benefactor of the settlement house and used her connections in Chicago society to secure gifts for Hull-House. She and Jane Addams bought a house together in Bar Harbor, Maine in 1904

that they shared until Smith’s death in 1933 or 1934. The pair also vacationed together and traveled around the world, calling ahead to request a double bed, which was not unusual for women friends to do. Addams had Smith listed as an emergency contact on her passport. They also made major financial decisions together. At one point they considered adopting a child. As for the portrait painting of Smith, Addams sometimes traveled with it. Historians say that when Rozet Smith passed away, Jane received condolences from far and wide, not unlike a widow in a heterosexual relationship.

American editor, scholar, literary critic, poet, and patron of the arts. First published in 1912, she is known as the founding publisher and long-time editor of Poetry magazine. Poets that she supported include Wallace Stevens, Ezra Pound, H.D., T.S. Eliot, William Carlos Williams, Carl Sandburg, Max Michelson, and others. She played an important role in the development of modern poetry. Monroe is known to have had a relationship with writer Mary MacLane. In 1902, MacLane wrote a love poem dedicated to Monroe. At the age of 75, Monroe died in Arequipa, Peru, while on her way to climb Machu Picchu. The high altitudes triggered a cerebral hemorrhage, which caused her death.

1888 – Christa Winsloe (23 December 1888 – 10 June 1944) is born. Winsloe was a 20th-century German-Hungarian novelist, playwright and sculptor. Her book Das Mädchen Manuela  (The Child Manuela) was reviewed in the New York Times. It was a translation from a German book about a lesbian relationship in a school for girls. The reviewer referred to it as “a social document that is moving and eloquent.” Das Mädchen Manuela is a short novel based on her experiences at Kaiserin-Augusta. The 1931 film version remains an international cult classic. Winsloe was involved in a relationship with newspaper reporter Dorothy Thompson (9 July 1893 – 30 January 1961), probably before World War II when Thompson was reporting from Berlin.  She moved to France in the late 1930s, fleeing the Nazis. During World War II, she joined the French Resistance. Contrary to what is often stated, she was not executed by the Nazis. Instead, on June 10, 1944, Winsloe and her French partner, Simone Gentet (died 1944), were shot and killed by four Frenchmen in a forest near the country town of Cluny. The men said that they had thought the women were Nazi spies, and were later acquitted of murder.

The University of Tennessee Volunteers refused to play a team from Duquesne University in Pittsburgh over their concerns that the Dukes might use a black player in their scheduled basketball contest.

She is a Scottish poet and playwright. Duffy is Professor of Contemporary Poetry at Manchester Metropolitan University. She was appointed Britain’s Poet Laureate in May 2009. Duffy’s the first woman, the first Scot, and the first openly gay person to hold the position.

1959 – The California Supreme Court upholds the right of LGBT people to congregate in Vallerga v. Department of Alcoholic Beverage Control. The Court rules that a 1955 statute allowing the Dept. of ABC to revoke the liquor license of any establishment that was a “resort…for sexual perverts.”

Tammy Wynette released the album “Stand By Your Man.” Boy George Would Cover the Song for The Crying Game. (1992)

1970 – The film Little Big Man is released. It features a character named Little Horse, played by Robert Little Star, who is biologically male but wears female clothing and identifies as a woman. Little Horse is a “hee-man-eh” which, in the Cheyenne tribe, is the tribe is the word for what anthropologists call a “berdache.”

1994 – In a much publicized adoption case in Seattle, Washington, Ross and Luis Lopton win permanent custody of their four year-old foster son, Gailen. The child’s birth mother had challenged the men’s right to adopt him.

1998 – The Centers for Disease Control releases a report on why some people at risk for HIV infection don’t get tested. Reasons included privacy and fear of positive test results.

1999 – Pentagon spokesman Kenneth Bacon announced that a memorandum had been issued calling for immediate action against cases of anti-gay harassment in the military. 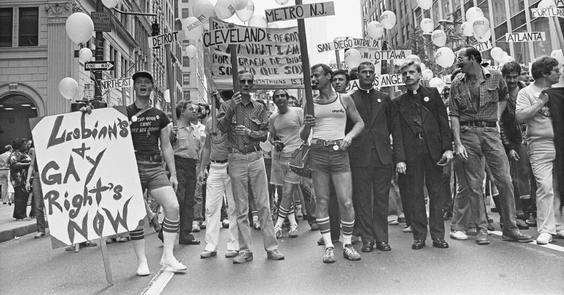 Opinion | My Gay Retort to All the Grimness – The New York TimesNot everything in our country and our world has deteriorated.www.nytimes.com 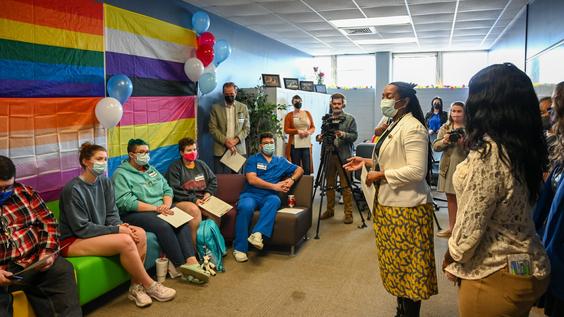 there are conservative LGBTQ that is where ethnicity bigotry exists 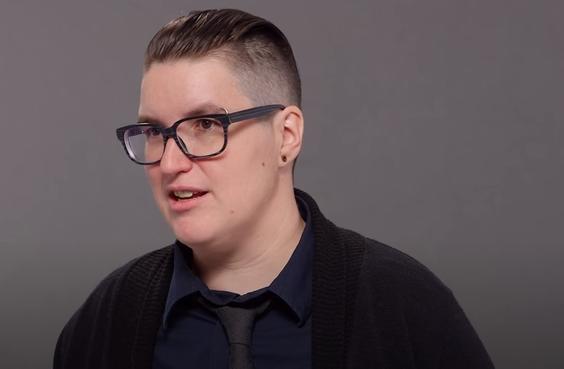