Charles Maurras, his views evolved towards fascism in the 1930s. He collaborated with Germany in WWII and was one of the ministers of National Education under the Vichy regime (1942-44). He was condemned in absentia to death for wartime activities. However, Francisco Franco granted him political asylum in Spain. He was nicknamed la Gestapette — tapette meaning gay by the political satirist Jean Galtier-Boissière.

12-19-1898 – 08-05-1973 Barbette (Vander Clyde) – Born in Round Rock, Texas. He was an American female impersonator, high-wire performer, and trapeze artist. Barbette made his European debut in 1923 and appeared in such venues as Casino de Paris, the Moulin Rouge, the Empire, and the

Folies Bergère. He returned to America in 1924 and became a featured attraction with Ringling Bros. and Barnum & Bailey Circus. While touring in London he was found having sex with another man, his contract was cancelled and he was never able to obtain a work permit in England again. It was the avant garde artist Jean Cocteau that came to his rescue. They had a brief affair. Barbette worked as a consultant on a number of films, including the circus sequences for Til the Clouds Roll By (1946) and The Big Circus (1959), and was hired to coach Jack Lemmon and Tony Curtis on gender illusion for the film Some Like It Hot (1959). The end of his career is attributed to a number of causes including a fall, pneumonia, polio, or some combination of the three. Whatever the cause, it left Barbette in extreme pain. He committed suicide by overdose on August 5, 1973.

12-19-1908 – 03-31-2000 Gisèle Freund – Born in Schöneberg, Germany. She was a photographer and photojournalist, famous for her documentary photography, and portraits of writers and artists. Her

subjects included James Joyce, Virginia Woolf, Eva Peron, and Frida Kahlo. Freund became lovers with Adrienne Monnier while her lover, Sylvia Beach was in the United States. One of Freund’s most famous work was for Life magazine, which published “Northern England,” her photo documentary of economic hardship in Britain, on December 14, 1936. Because she was Jewish, she had to flee Germany and France. She spent time in Argentina and then in Mexico with the bisexual artist Frida Kahlo. In 1953, she returned to France. She died on March 31st, 2000 in Paris. She is celebrated as one of the best portrait photographers of the twentieth century. French Presided Jacques Chirac praised her as “one of the world’s greatest photographers.”

criminal, but later took to writing. At the age of 18 he joined the Foreign Legion. He was given a dishonorable discharge having been caught in a homosexual act. After returning to Paris in 1937, he was in and out of prison for theft, use of false papers, lewd acts, and other offenses. In prison he wrote his first poem and novel. Genet introduced himself to Jean Cocteau, who was impressed by his writing. Cocteau used his contacts to get Genet’s work published. By 1949 he had completed five novels, three plays, and numerous poems, many controversial for their explicit and often deliberately provocative portrayal of homosexuality and criminality.

1924: In Hanover, Germany, a gay man named Fritz Haarmann is found guilty of 24 of the 27 murders and sentenced to death. The case ultimately becomes one of the inspirations for Fritz Lang’s classic film, “M.” The publicity surrounding the case results in a major setback for the German homophile movement.

Elvis Presley had 10 singles on the Billboard chart, a record setting feat, which stood until 1964 when the Beatles had 14 simultaneous chart hits.

talk radio host. His 1993 book, Queer In America, explored the negative effects of the LGBT closet and provided one of the intellectual justifications for outing public officials. His radio show airs weekdays across the United States and Canada on Sirius XM Radio, and globally online. He is also editor-at-large for Queer Voices on Huffington Post, where he writes regularly. Signorile was inducted in the National Lesbian and Gay Journalists Association’s LGBT Journalist Hall of Fame in August 2011. In 2013, he married David Gerstner. In April 2015, his fifth book, It’s Not Over: Getting Beyond Tolerance, Defeating Homophobia and Winning True Equality was published.

Soundtracks captured three positions, as “My Fair Lady” was #6, the new “Mary Poppins” moved from 14-8 and “A Hard Day’s Night” from the Beatles was #10.

Elton John‘s first US hit, “Your Song” enters the Billboard Hot 100, where it will reach number eight. A version of the tune had already been recorded by Three Dog Night for their “It Ain’t Easy” album, but it wasn’t issued as a single.

In Ottawa, Justice Minister Jean Chrétien announces proposals to revise the Criminal Code to reduce age of consent to 18 years and make other changes in legislation related to sexual offences.

The film “9 to 5,” with Dolly Parton, Jane Fonda and Lilly Tomlin opened.

ABBA scored their seventh UK No.1 album with The Visitors, the Swedish pop group’s eighth and final studio album. It was one of the first records to be recorded and mixed digitally, and was the first in history to be manufactured on the new CD format in 1982 on Atlantic. Until 2021, when the last superband with all original members still alive, and the only group who’s tribute/impersonators exceeded Elvis Presley acts.

The Pet Shop Boys had their third UK No.1 single with their version of ‘Always On My Mind. The duo had performed a version of ‘Always on My Mind’ on Love Me Tender, an TV special commemorating the tenth anniversary of Elvis Presley’s death, their performance was so well-received that the group decided to record the song and release it as a single.

The “Dirty Dancing” Soundtrack was the #1 album for the sixth week, with the former #1 Bad by Michael Jackson logging a fifth week at #2.  Faith from George Michael moved to #3 in its fifth week,  Whitney Houston remained in the #10 position with Whitney.

and filmmaker Woody Allen. Farrow is an American journalist and lawyer. On October 10, 2017, The New Yorker published an investigative article by Farrow detailing allegations of sexual misconduct against film producer Harvey Weinstein five days after the New York Times published its own findings on Weinstein. The New Yorker won the 2018 Pulitzer Prize for Public Service for Farrow’s reporting, sharing the award with The New York Times. Interesting to note that in 2016, NBC had decided against airing Farrow’s findings. Farrow is openly gay. His partner is podcast host and former presidential speech writer, Jon Lovett. They have been together since 2011

Wembley, London, England. She is an English rapper, songwriter, singer, and grime artist. Her best known song is Love Me or Hate Me. She is noted for her professional success in performing styles of music dominated by males. In 2010 in an interview in Diva magazine, she came out as gay.

12-19-1985   Shane Bitney Crone – Born in Kalispell, Montana. He is an American filmmaker, writer, speaker, and advocate for LGBT rights. Crone made headlines in May 2012 when he release a video on YouTube titled It Could Happen to You. He

spoke of the devastation he faced after the unexpected death of his longtime life partner, actor Tom Bridegroom, who fell to his death while photographing a friend on the roof of her four-story apartment building in the Silverlake-Los Feliz area of Los Angeles. Crone’s family accepted his sexual orientation but Bridegrooms family had not. Crone was threatened with physical violence if he attended the funeral of his lover and was not mentioned in the obituary or memorial. He had also been denied hospital visitations and other rights accorded to married couples because he was not recognized as Bridegroom’s partner or as family. April 23, 2013, Bridegroom, a documentary directed by Linda Bloodworth-Thomason was shown at the Tribeca Film Festival and was

endorsed by former President Clinton, who introduced the documentary. Clinton stated, “This is really, on one level, a wonderful, sad, heartbreaking yet exhilarating and life-affirming story…and on another level, it’s a story about our nation’s struggle to make one more step in forming a more perfect union, for which marriage is both the symbol and substance.” Bridegroom won the Tribeca Film Festival Audience’s non-fiction award. On February 15, 2016, Crone announced that he is a relationship with American Idol finalist Rayvon Owen. March 3, 2018 they announced that they would be getting married. (Photo by Scott Davis)

1992Whitney Houston’s single “I Will Always Love You” sold a record 399,000 copies in one week, breaking the record set by Bryan Adams’ single, (“Everthing I Do) I Do For You” a year earlier; remaining remained #1 on the R&B chart for the third straight week and the new #1 on the Adult Contemporary chart. And Ms. Houston made it a triple with her fourth week at #1 overall with “I Will Always Love You”.

2005Sir Elton John turned down £5.7m for the exclusive rights to his civil union to his partner David Furnish. The couple had considered the offer from a US television channel, putting the money in the Elton John Aids Foundation, but they told Attitude magazine they had decided to keep the day private.

2012Madonna’s MDNA World Tour made more money than any other during 2012. The tour grossed $228m (£141m), after more than 1.6 million fans paid to see her perform in 65 cities worldwide since last June. She beat Bruce Springsteen into first place on the highest-grossing tour list, who earned $198 million (£123 million). Also in the top 25 were Coldplay, who took fifth place, and Lady Gaga at number six, who attracted audiences reaching 1.1 million people in comparison. Jay-Z and Kanye West came in at number nine, while Justin Bieber’s tour was the 20th highest-earning at $30.6 million (£18.9m). 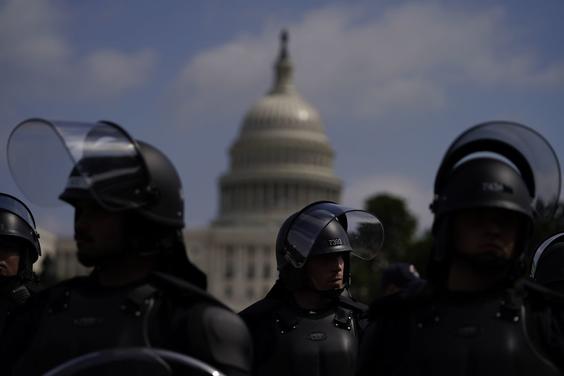 and L and G are not the parents of the other subcultures, nor emerging demographics 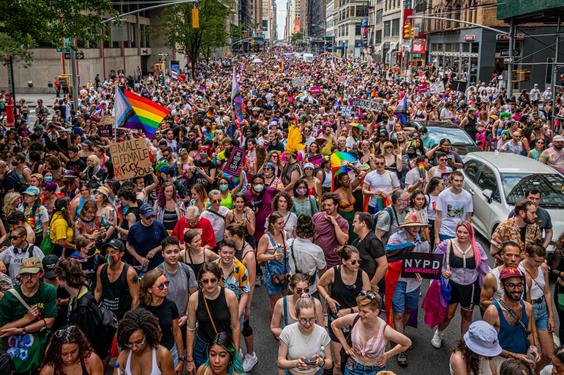 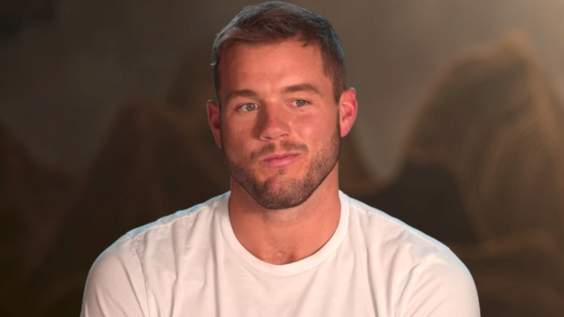 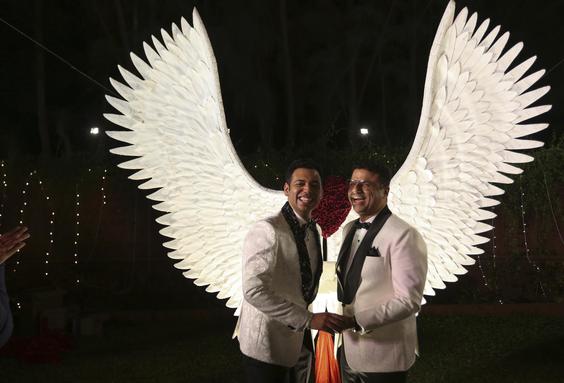 Indian gay couple wed despite uncertainty over gay marriage | AP NewsHYDERABAD, India (AP) — In a first for the southern Indian state of Telangana, two men celebrated their same-sex union with a wedding ceremony on Saturday. Abhay Dange and Supriya Chakraborty wore white tuxes, exchanged rings on a lavish marquee in what they called a “promising ceremony” and called each other “soul mates”, reported local media.apnews.com 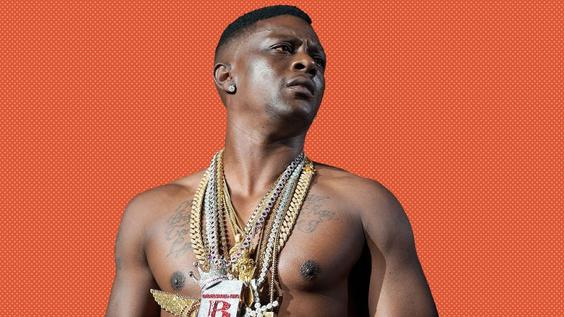 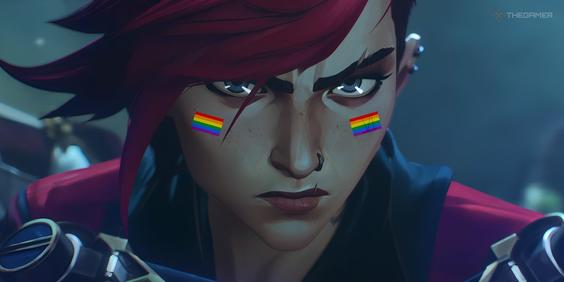 Arcane’s Fandom Is Made By The Gays And For The GaysVi and Caitlyn’s queer romance has helped form a truly special fandom around Arcane.www.thegamer.com

was this not supposed to have been done years ago? 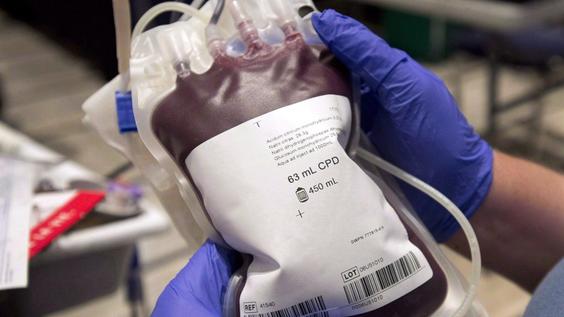 Canadian Blood Services moves closer to ending gay blood ban – CityNews TorontoIn a move many have been calling for for years, more gay men may soon be able to donate blood after Canadian Blood Services asked Health Canada to allow changes to its screening policies.
Currently, gay men can only…toronto.citynews.ca 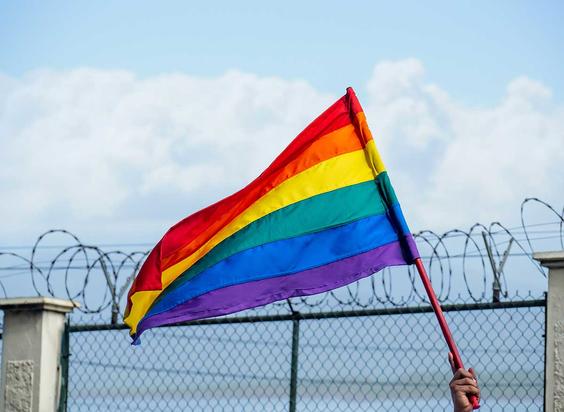 Why are so many lesbian, bi and transgender women in prison? | Analysis – Pennsylvania Capital-StarData show that rates of incarceration for lesbian, gay and bisexual people were 1,882 per 100K.www.penncapital-star.com 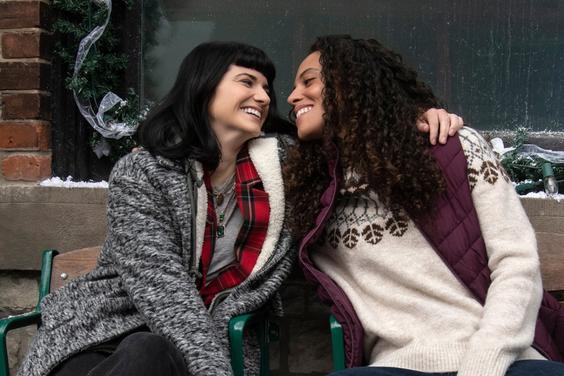 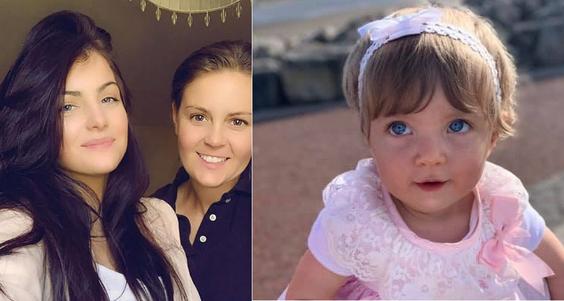 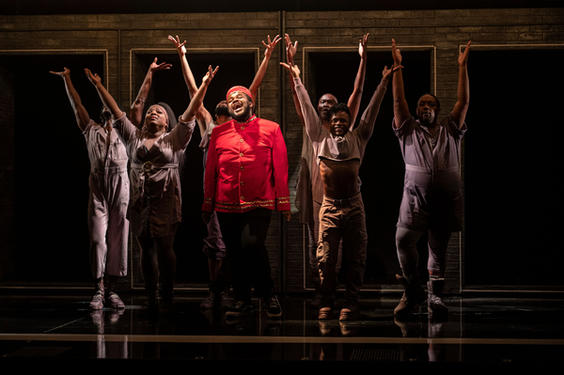 LGBTQ2 being employed, representing and being role models

is not an empty gesture

it is not merit to the best heterosexual goes the job

and there is enough to go around for heterosexual women and LGBTQ2 across ethnicity and disabiities, age and everything else we measure 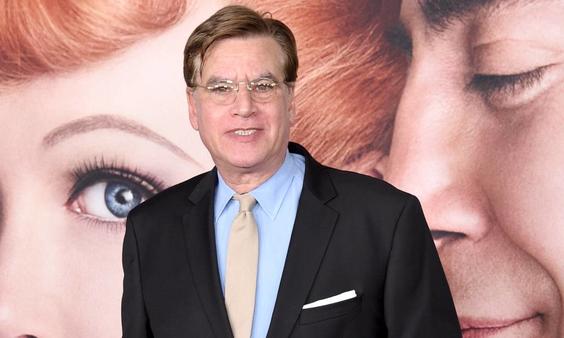 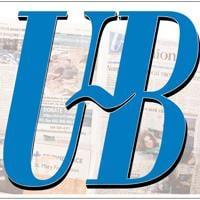 Hiding queer stories is hateful | Letters To Editor | union-bulletin.comAccording to the CDC, LGBTQ kids between 13 and 24 are four times more likely to die by suicide than their peers. The Trevor Project estimates that a queer kidwww.union-bulletin.com

once subtext now queerbaiting across LGBTQ2

not heterosexuals doing gay for pay and acclaim 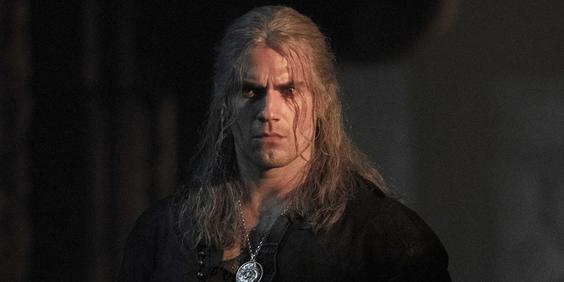 Is The Witcher queer-baiting us in season 2?The Witcher season 2 doubles down on Jaskier’s homoerotic feelings for Geralt, but actor Joey Batey and showrunner Lauren Hissrich insist he isn’t queer.www.digitalspy.com 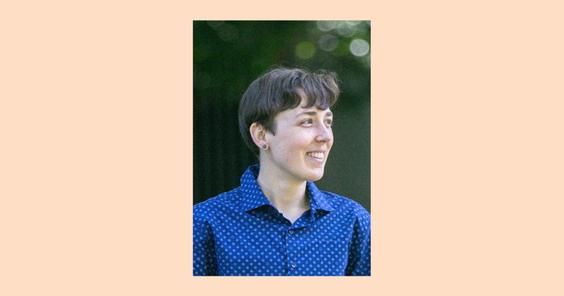 Author of ‘Gender Queer,’ one of most-banned books in U.S., addresses controversyLGBTQ book “Gender Queer: A Memoir” has been challenged by parents, school officials and lawmakers in at least 11 states, including Texas, Florida and New Jersey.www.nbcnews.com 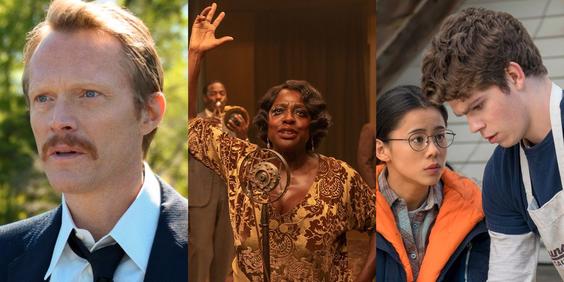 10 Best Films With Queer Representation of 20202020 offered award-winning and provocative explorations of trans, non-binary, lesbian, and other LGBT+ stories.collider.com