1922 – James and Louise Hathaway were approached by Boston police regarding a possible attempted car theft. What followed was the unmasking of James’s true identity: James was actually Ethel Kimball of Allston.

1928 – Having been published in Paris the previous July, Radclyffe Hall’s (12 August 1880 – 7 October 1943) “The Well of Loneliness,” the first major novel in English with an explicitly lesbian theme, is published in the U.S. Americans buy more than 20,000 copies of the book within the next month, making it a bestseller. Marguerite Radclyffe Hall was an English poet and author. She is best known for the novel The Well of Loneliness, a groundbreaking work in lesbian literature. Hall’s partner was Una Vincenzo, Lady Troubridge (8 March 1887 – 24 September 1963) who was a British sculptor and translator

“Gone with the Wind,” starring Clark Gable and Vivien Leigh, had its world premiere at Loew’s Grand Theater in Atlanta, the culmination of three days of festivities in the city. Among those attending were Clark Gable, Carole Lombard, Vivian Leigh, Laurence Olivier, Ann Rutherford, Olivia de Havilland, and author Margaret Mitchell. Noticeably absent were cast members Hattie McDaniel and Butterfly McQueen, black actresses who were not welcome on the white side of segregated Atlanta society.

12-15-1941 Tom Ammiano – Born in Montclair, New Jersey. He is an American politician, member of the California State Assembly representing the 13th district until November 30, 2014. He’s also an

LGBT rights activist. Ammiano is a former public school teacher. In 1975, he became the first public school teacher in San Francisco to come out publicly. In 1977, Ammiano, along with Hank Wilson and Harvey Milk, co-founded No on 6, against the Briggs Initiative, which would have banned any gay person from teaching in California. The movement achieved success in 1978 when the initiative was voted down. Ammiano’s lover of many years was Tim Curbo, also a school teacher. Curbo died of complications from AIDS in 1994. In 2008, Ammiano portrayed himself in a cameo appearance in the film Milk, reenacting one of his protests of the Briggs Initiative.

1950 – A U.S. Senate committee makes public its report on “The Employment of Homosexuals and Other Sex Perverts.” Asserting that homosexuals are a security risk not simply because they are liable to blackmail but also because homosexuality inevitably perverts “moral fibre,” the report recommends stringent measures be taken to root all lesbians and gay men out of government. The federal government had covertly investigated employees’ sexual orientation at the beginning of the Cold War. The report states since homosexuality is a mental illness, homosexuals “constitute security risks” to the nation because “those who engage in overt acts of perversion lack the emotional stability of normal persons.” Over the previous few years, more than 4,380 gay men and women had been discharged from the military and around 500 fired from their jobs with the government. The purging will become known as the “lavender scare.”

Sammy Davis Jr. hosts a syndicated radio talk show with a round-table discussion of Rock ‘n’ Roll. His guests are Columbia Records executive Mitch Miller and MGM Records president Arnold Maxim. When Davis and Miller blast Rock ‘n’ Roll as “the comic books of music,” Maxim takes an opposing viewpoint and says, “I don’t see any end to Rock ‘n’ Roll in the near future.”

1959 – Mattachine officer Don Lucas (1926 – Sept. 24, 2003) writes Boston Mattachine founder Prescott Townsend (June 24, 1894 – May 23, 1973) asking him to not begin a campaign for Massachusetts sodomy law reform. Reflecting the cautious conservatism of the current homophile movement, Lucas believes the risk of a backlash is too great.

Dusty Springfield is deported from South Africa for the “crime” of performing in front of an multiracial audience at a show near Cape Town.

1967 – Laura M. Ricketts (born December 15, 1967) is co-owner of the Chicago Cubs. Ricketts is also a board member of Lambda Legal and the Housing Opportunities for Women organization. Ricketts’ ownership stake in the Cubs is uniquely noteworthy because it makes her the first openly gay owner of a major-league sports franchise.

December 15, 1968While performing with the Jefferson Airplane on the Smothers Brothers Comedy Hour, Grace Slick appears in blackface and raises a black-leather glove in a power salute at the conclusion of “Crown of Creation”. The incident is one of several which leads to the show’s cancellation the following season. The gesture had been made infamous when two African-American athletes at that year’s Olympics raised their fists instead of putting their hands over their hearts during the U.S. National Anthem.

The governing board of the American Psychiatric Association unanimously votes to change the classification of homosexuality and removes it from the “Diagnostic and Statistical Manual of Mental Disorders.” This followed three years of pressure from gay liberation movement. The board bases this decision on its finding that most lesbians and gay men are clearly satisfied with their sexual orientation and show no signs of mental illness. The APA declares that “by itself, homosexuality does not meet the criteria for being a psychiatric disorder.”

Christopher R. Barron (born December 15, 1973) is an American political activist best known as the cofounder of GOProud, a political organization representing gay conservatives. He is the president of CapSouth Consulting, a political consultingfirm, and previously the organizer of LGBT for Trump and the national political director for Log Cabin Republicans, where he directed the organization’s federal lobbying efforts and media relations. Barron lives in Washington, D.C. with his husband Shawn R. Gardner, to whom he has been legally married since 2010. He has stated that he served in the Air Force Reserve. Barron has written numerous opinion pieces for The Washington Post, The Huffington Post, The Boston Globe, Roll Call, The Hill, Politico, TheBlaze, The Daily Caller, and United Liberty. He has appeared on numerous national and local television channels, including MSNBC, NBC, CBS, CNN, CNN Headline News, ABC News Now, and Fox News, including being a frequent guest on Red Eye w/ Greg Gutfeld.

1977, Canada – The National Assembly, in quiet late-night session, amends the Quebec Charter of Human Rights to include sexual orientation. It becomes first province and largest political jurisdiction in North America to provide legal protection for homosexuals.

1984“Do They Know It’s Christmas?” enters the UK chart at #1, where it will stay for five weeks. The Bob Geldof produced song, specifically written to raise money for relief of famine in Ethiopia, was recorded by leading Irish and British musicians, including Phil Collins, Bono, George Michael, Sting, David Bowie, Boy George and Paul McCartney. The record would sell more than three million copies in Britain alone and enjoy similar success around the world.

Ally, Singer/actress Olivia Newton-John married actor Matt Lattanzi. They had a daughter before divorcing in 1995.

1988, Netherlands – The Free University of Amsterdam convenes the International Scientific Conference on Gay and Lesbian Studies. The highlight of the session is a heated debate inspired by the Constructionism VS. Essentialism controversy, entitled “Homosexuality, Which Homosexuality?”

Elton John topped the Adult Contemporary chart with “You Gotta’ Love Someone”.

On the LOcharts,  I’m Your Baby Tonight by Whitney Houston was #4.  Madonna was up from 12 to 5 with her compilation The Immaculate Collection.  36 Bette Midler with Some People’s Lives at #10 and George Michael with Listen Without Prejudice.

song charts Bette Midler challenged the top spot with “From A Distance”.  Whitney Houston had song #3–“I’m Your Baby Tonight”  and Madonna appeared to have a big hit with “Justify My Love”, moving from 10-4 and George Michael had his 10th consecutive Top 10 with a song from the great album Listen Without Prejudice–“Freedom” at #9

“It’s Now or Never: the Elvis the Tribute Concert” is broadcast,

Boy George, formerly of Culture Club, was knocked unconscious when a mirror ball fell on his head while doing a show in Dorset, England.

2002Blue featuring Elton John went to No.1 on the UK singles chart with ‘Sorry Seems To Be The Hardest Word.’ Previously a No.11 hit for Elton in 1976. It gave Elton only his 5th No 1 after over 30 years of hits!

Madonna paid former husband Guy Ritchie around £50m as part of their divorce settlement. The singers US spokeswoman Liz Rosenberg told The Associated Press the figure included the value of the couple’s Ashcombe home in England, and the financial part of the settlement had been worked out but custody of the couple’s children had yet to be finalised.

Actress  Joan Fontaine, younger sister of actress Olivia de Havilland, died at age 96. Fontaine and de Havilland are the only siblings to ever win lead acting Academy Awards, for “Rebecca” and “To Each His Own” and “The Heiress,” respectively. 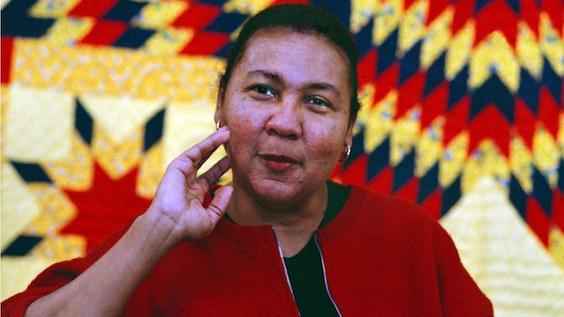 Queer Black Feminist Writer bell hooks Dies at 69Her works examined gender, race, and more, dealing with issues of intersectionality long before most other scholars did.www.advocate.com 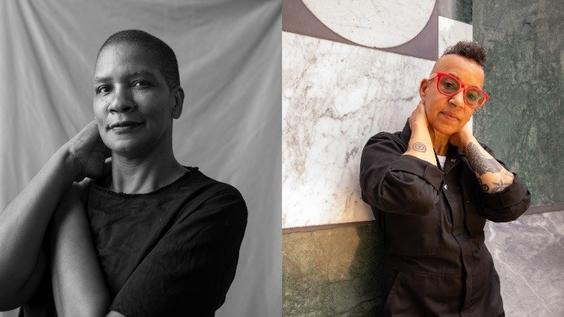 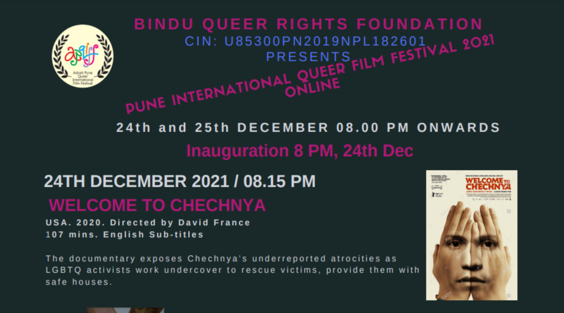 As a Young Queer Man in Botswana, I Hid My True Self. Here’s Why I No Longer Negotiate My Dignity.Founder of Queer Pride Botswana Letlhogonolo Godsave Moremi reflects on his fight for equality.www.globalcitizen.org 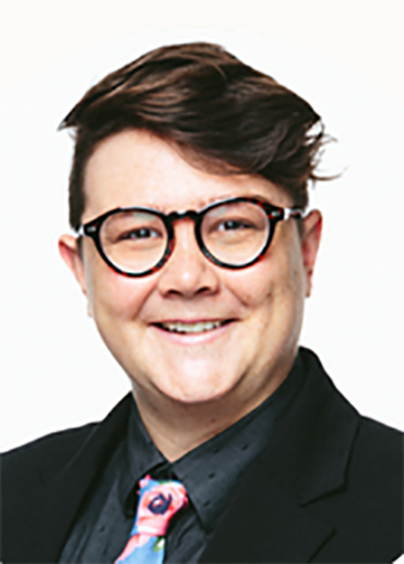 August Hieber helps create access to legal services for older LGBT adultsThe ABA Journal is read by half of the nation’s 1 million lawyers every month. It covers the trends, people and finances of the legal profession from Wall Street to Main Street to Pennsylvania Avenue.www.abajournal.com 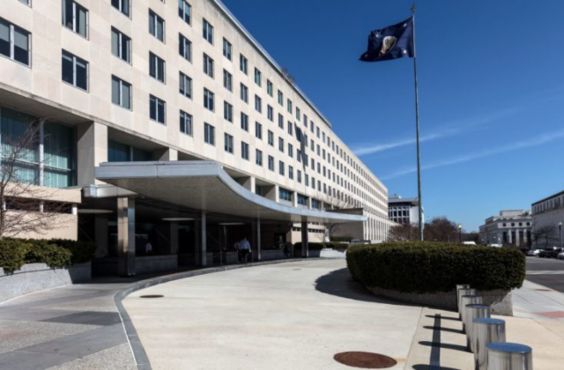 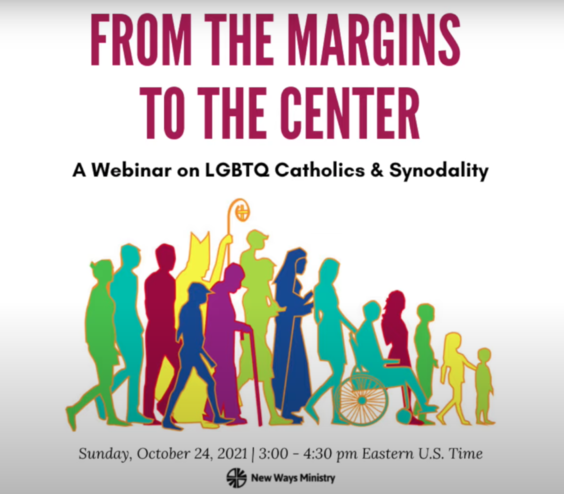 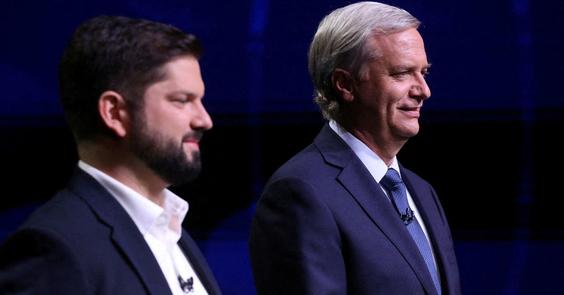 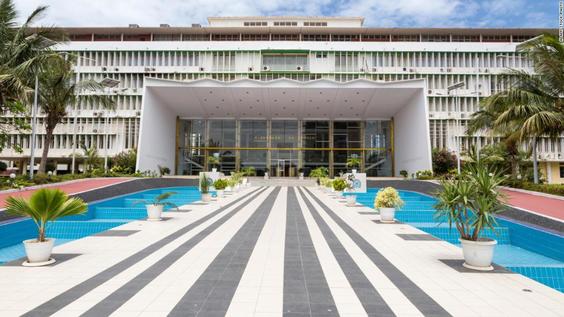 Senegalese lawmakers draft new legislation targeting LGBT community – CNNA group of Senegalese lawmakers has drafted a law that would tighten already repressive laws against same-sex relations, lengthening potential jail terms for those convicted of LGBT+ activities, one of the legislators said on Monday.www.cnn.com

rather than working together against heterosexual oppression and male violence.. Trans rights are special rights as they are being applied against women’s gender rights and against the sexual orientation rights won at court by gays and lesbians 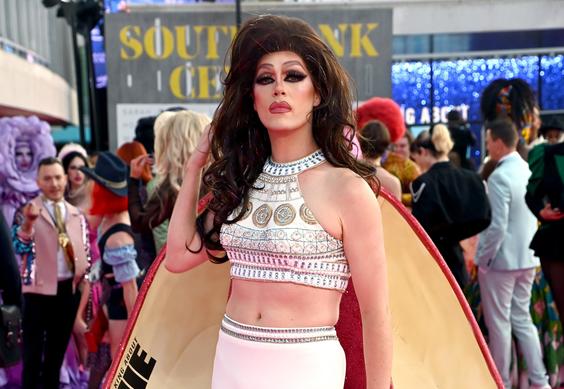 UK is ‘lagging behind on issue of trans rights’, LGBT activist says | The NationalPETER Tatchell has said that while the UK is mainly leading the way with LGBT rights, “we are lagging behind on trans issues.”www.thenational.scot 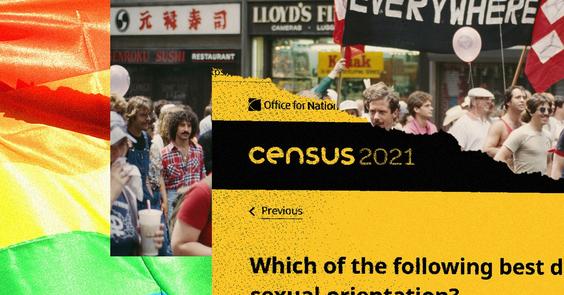 For Queer Communities, Being Counted Has Downsides | WIREDIt can feel good that national censuses are collecting more data about gender and sexuality. But increased attention can come at the price of real action.www.wired.com

Nadia lives in Central California’s Women’s Facility (CCWF) where they house “transgender” or “nonbinary” male inmates as a result of SB 132. After multiple incidents with a man who had been placed in her unit, Nadia filed a grievance in which she said:

“Men who feel unsafe are allowed to transfer from men’s prisons, but I have nowhere to transfer where I can feel safe, and I am forced to live in constant fear. “

Not only did CCWF reject her grievance, but they also quoted Nadia in their response with the word “men” in scare quotes and added the bracketed words: “transgender female.”

The “transgender female” from Nadia’s grievance is Michael Hernandez Contreras, who is serving a life sentence for multiple homicides. Without lawsuits like ours, male criminals like Contreras intend to serve their sentences in women’s prisons.

THIS DAY IN LGBT HISTORY – DECEMBER 15 | Ronni Sanlohttps://ronnisanlo.com › this-day-in-lgbt-history-decem…Dec 15, 2019 — Musings of an Aging Lesbian A few days ago, Kelly and I were on the UCLA campus. We did a Kelly mystery-history tour, through the dental …

History of Canadian Pride | QueerEvents.cahttps://www.queerevents.ca › canada › pride › historyCanadian LGBT History is complex, there have been key tipping points and important … December 15, 2000, ten years after it began, the Little Sister’s case …
Milestones in the American Gay Rights Movement – PBShttps://www.pbs.org › americanexperience › featuresIn 1924, the first gay rights organization is founded by Henry Gerber in Chicago. … December 15, 1950 … It was the largest fire in American history.