1909 — The Montana Supreme Court upholds the right of the state to prosecute attempts to commit sodomy under the general attempts statute.

1946, Italy – Gianni Versace  (2 December 1946 – 15 July 1997), fashion designer is born. He was an Italian fashion designer and founder of Versace, an international fashion house, which produces accessories, fragrances, make-up, and home furnishings as well as clothes. He also designed costumes for the theatre and films. As a friend of Eric Clapton, Diana, Princess of Wales, Naomi Campbell, Duran Duran, Madonna, Elton John, Cher, Sting, and many other celebrities, he was one of the first designers to link fashion to the music world. Openly gay, Versace and his partner model and fashion designer Antonio D’Amico (born 20 January 1959) were regulars on the international party scene. Versace was murdered outside his Miami Beach home at the age of 50 by spree killer Andrew Cunanan, who used the same gun to commit suicide on a houseboat eight days later.

December 02, 1954In a Pink Jacket and Pink pants, Elvis performed at the Catholic Club, Helena, Arkansas.

12-02-1954 Dan Butler – Born in Huntington, Indiana. He is an American actor known for his role as Bob “Bulldog” Brisco on the TV

series Frasier. He is openly gay. He wrote a one-man show, The Only Thing Worse You Could Have Told Me, which played in Los Angeles, San Francisco, and off-Broadway in New York and was his public coming out. The performance was nominated for the 1995 Drama Desk Award for Outstanding One-Person Show. He is married to producer Richard Waterhouse.

1963 — Earl Kade, a prisoner at the Ohio Penitentiary is killed by another prisoner because he had solicited him. The grand jury refuses to indict the killer for murder, stating that the willful killing of a non-violent person from behind bars was justifiable if the person had solicited.

1964 – Four gay men and lesbians picket a New York City lecture by a psychoanalyst espousing the model of homosexuality as a mental illness. The demonstrators are given ten minutes to make a rebuttal.

December 02, 1966David Bowie released ‘Rubber Band’, his first single on the Deram label. It was part of a three-track audition tape Bowie’s new manager Kenneth Pitt used to persuade the label to sign him. Despite some good reviews in the music press, the single was a flop, once more failing to break into the UK charts.

Harvey Milk’s ashes are scattered by his friends over the Pacific Ocean.

Neil Diamond and Barbra Streisand’s ‘You Don’t Bring Me Flowers’ was at No.1 on the US singles chart. A radio station engineer had spliced together Neil’s version with Barbra’s version and got such good response, the station added it to their playlist. When Neil Diamond was told about it, he decided to re-record the song with Streisand herself, and within weeks of its release, the single went to No.1 in the US and No.5 in the UK. It didn’t take long for “You Don’t Bring Me Flowers” to reach #1–just six weeks for Barbra Streisand and Neil Diamond.  Of course, they would go on to have many more great songs but at the time of their smash collaboration, they had a combined 65 hits with 15 Top 10’s and four #1’s.

on the LP charts,  the “Grease” Soundtrack was still at #5, Barbra Streisand’s Greatest Hits, Volume 2 debuted at #7,

12-02-1978 Jason Collins – Born in Northridge, California. He was an NBA center and the first professional male athlete to come out

while sill playing. He played 13 seasons in the NBA. In February 2014, when he signed with the Nets, he became the first publicly gay athlete to play in any of the four major North American pro sports leagues. He retired from basketball on November 19, 2014. As of June 2014, Collins was in a relationship with producer Brunson Green.

1979: Martin Sherman’s Bent, about the Nazi persecution of homosexuals, starring Richard Gere and David Dukes, opens on Broadway. It runs for 241 perfs.

American singer, songwriter, dancer, and actress. Her first two studio albums were global successes and made her the best-selling teenage artist of all time. She is a straight LGBT ally and on April 12, 2018, Spears was honored with the GLAAD Vanguard Award for her role in “accelerating acceptance for the LGBTQ community.” She also released her first unisex fragrance, Prerogative, labelled as a fragrance for all. Spears regularly participates in Spirit Day to combat bullying of LGBT youth.

12-02-1987 Samuel Greisman – Born in Los Angeles, California. He is the gay son of Sally Fields and is publicly out. He attended NYU. In 2012 he introduced and presented his mother, Sally Field, HRC’s Ally for Equality Award. Greisman is a film director, writer, and producer. He is best-known as the writer and producer of the film Dinner with Jeffrey (2016).

1994 – Transgender Terrie Ladwig  (April 13, 1966 – December 2, 1994), born in the Philippine, is killed. She was married to Steven Ladwig in July 1994. Steven considered his wife, who was born Larry Earl Thompson Jr., female. She was preparing to have gender-reassignment surgery. Her murder remains unsolved.

1997 – David Cantania (born January 16, 1968) becomes the first openly gay person to be elected to the Washington DC city council. He is an American independent politician and lawyer from Washington, D.C. He was formerly an at-large member of the Council of the District of Columbia, which he gave up to pursue an unsuccessful run in the 2014 mayoral election. Catania was the first openly gay member of the D.C. Council and one of a small number of openly gay Republican office-holders. This led to a conflict within his party when President George W. Bush spoke in favor of an amendment to the United States Constitution to ban same-sex marriage. Catania opposed the amendment and became a vocal opponent of Bush’s 2004 re-election. In response, the District of Columbia Republican Committee decertified him as a delegate to the 2004 Republican National Convention. Catania announced his endorsement of the Democratic presidential candidate, John Kerry, one week prior to the convention. In September 2004, Catania left the party and became an independent, citing his displeasure with its direction on urban and social issues. He was re-elected in 2006 and 2010 as an independent. He now works as a lawyer at the international law firm Greenberg Traurig, where he focuses his practice on healthcare, government law and strategy, and public policy. Catania married floral designer Bill Enright on August 5, 2017. They live in the Dupont Circle neighborhood.

1998, India – Over 200 right-wing activists, called Shiv Sainiks, storm two theaters and force managers to suspend the screening of Toronto director Deepa Mehta’s internationally acclaimed film Fire, the first Indian film to focus on a lesbian relationship. Fire is a 1996 Indian-Canadian romantic drama written and directed by Deepa Mehta, and starring Shabana Azmi and Nandita Das. It is the first installment of Mehta’s Elements trilogy; it is succeeded by Earth (1998) and Water (2005). The film is loosely based on Ismat Chughtai‘s 1942 story, Lihaaf (The Quilt). It was one of the first mainstream Bollywood films to explicitly show homosexual relations. After its 1998 release in India, certain groups staged several protests, setting off a flurry of public dialogue around issues such as homosexuality and freedom of speech. On December 2nd, more than 200 Shiv Sanaiks stormed a Cinemax theatre in suburban Goregaon in Mumbai, smashing glass panes, burning posters and shouting slogans. They compelled managers to refund tickets to moviegoers. On December 3rd, a Regal theatre in Delhi was similarly stormed. When attackers attempted to shut down a screening in Calcutta, however, ushers and audience fought back and the movie stayed open. Twenty-nine people were arrested in Mumbai in connection with these incidents.

1999: In the case of National Coalition for Gay and Lesbian Equality v Minister of Home Affairs, the Constitutional Court of South Africa extends spousal immigration benefits to partners in permanent same-sex relationships.

12-02-2005 Transamerica release date in U.S. A pre-operative male-to-female transsexual takes an unexpected journey when she learns that she fathered a son.

2008American singer, actress, guitarist, songwriter, and a civil and human rights activist Odetta died of heart disease age 77. She influenced many of the key figures of the folk-revival of that time, including Bob Dylan, Joan Baez, Mavis Staples, and Janis Joplin. Time magazine included her song ‘Take This Hammer’ on its list of the 100 Greatest Popular Songs. Martin Luther King Jr. called her the queen of American folk music.  Although never a mainstream Pop star; her powerful voice moved audiences and influenced fellow musicians for over 50 years, andshe was nominated for a Grammy Award three times.

2009Barry Manilow announced that he was preparing a new show slated to open at the Paris Las Vegas Hotel in March. The 63-year-old crooner was winding down his five year run at Las Vegas Hilton.

2013 – This is the first official day that LGBTQ couples in Hawaii, both residents as well as tourists, may marry in the Aloha State

2013Roger Taylor and Brian May opened the Queen Studio Experience – Montreux, an exhibition of Queen memorabilia at Mountain Studios in Switzerland, where they had recorded many classic tracks spanning seven albums and where Freddie Mercury recorded his last vocal. The exhibition would open to the public a day later.

12-02-2014 Dale Scott comes out as MLB’s first openly gay umpire. He is the first active male official to come out in MLB, the NFL, NBA or NHL. Major League Baseball has always known he was gay. He has long been recognized as one of the best umpires in baseball. 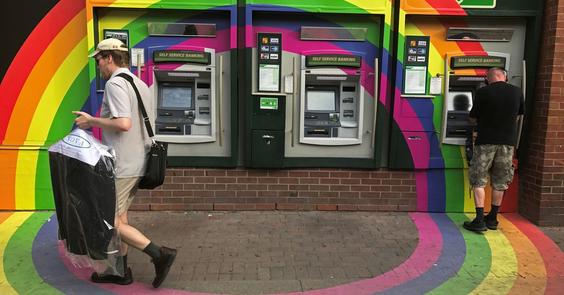 https://www.theguardian.com/tv-and-radio/2021/dec/01/i-was-given-training-to-de-gay-my-voice-what-its-really-like-to-work-in-tv-if-youre-lgbtq‘I was given training to de-gay my voice’: what it’s really like to work in TV if you’re LGBTQ+ | Television | The GuardianContinuing our series of exposés about the TV industry, insiders talk about being misgendered, treated like sexual predators and having to work with ‘outwardly homophobic and transphobic’ talentwww.theguardian.com 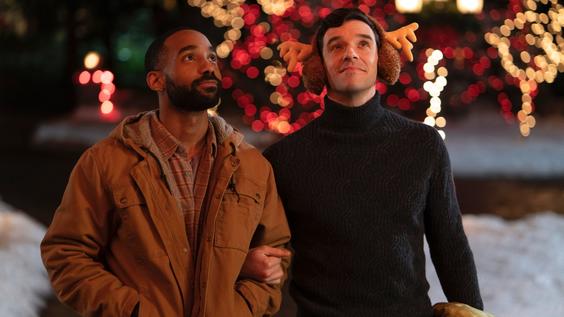 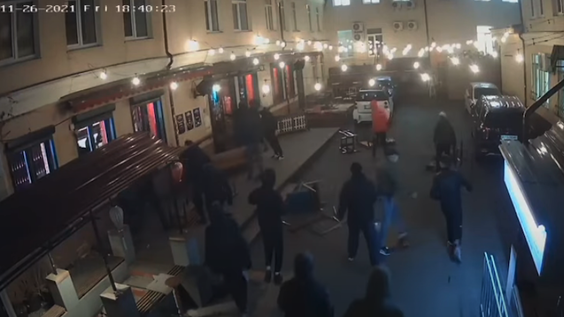 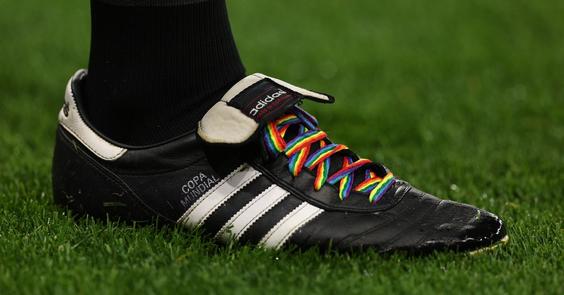 Lesbians have fewer STDs than other demographics 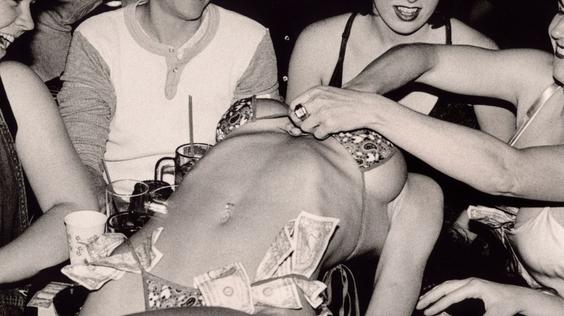 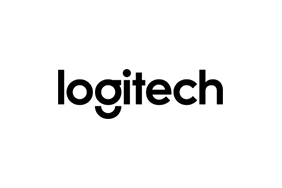 CSRWire – Logitech Donates $100,000 to Gay and Lesbian Alliance Against DefamationGLAAD’s Social Media Safety Index provides recommendations for the industry at large and reports on LGBTQ user safety across social platforms that include Facebook, Instagram, Twitter, YouTube, and TikTok.www.csrwire.com 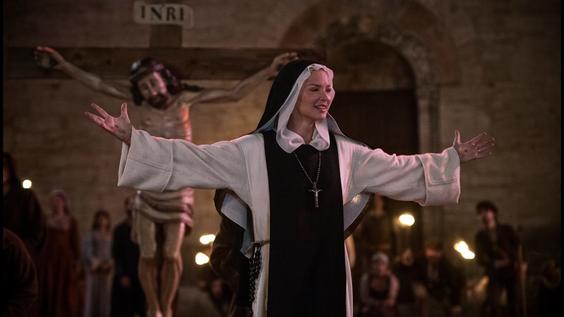 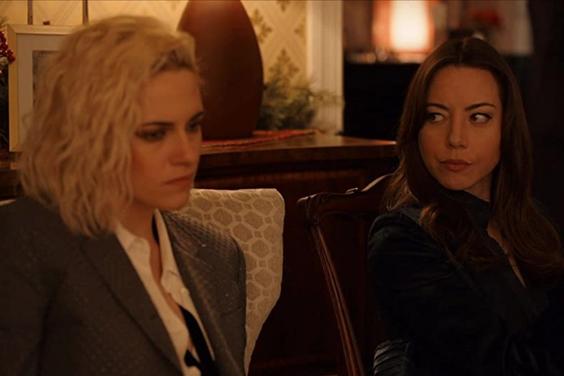 Lesbian Christmas rom-com Happiest Season is getting a sequel | DazedIt’s a Christmas miracle!www.dazeddigital.com

Publication LGBTQ Nation calls women prisoners who have been sexually assaulted by males placed in their estate, ‘TERFs’. 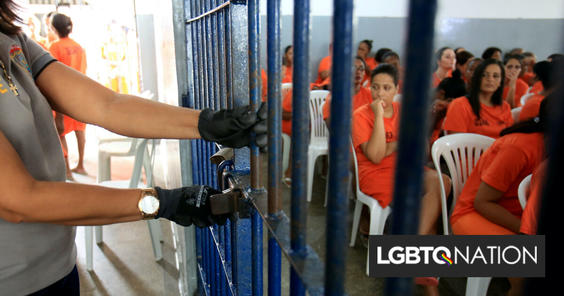 A group of radical feminists in Brussels were attacked by trans rights activists on a march to protest against violence against women. Trans activists are now reporting the group’s social media accounts en masse.