1624 – in the Virginia Colony, Richard Cornish was hanged for sodomy for allegedly making advances on an indentured servant, William Couse. His conviction and execution, angrily contested by his brother and others, is the first to be recorded in the American colonies. In 1993 the William and Mary Gay and Lesbian Alumni created the Richard Cornish Endowment Fund for Gay and Lesbian Resource

1900, UK – Oscar Wilde (16 October 1854 – 30 November 1900) dies. He was an Irish poet and playwright. After writing in different forms throughout the 1880s, he became one of London’s most popular playwrights in the early 1890s. He is best remembered for his epigrams and plays, his novel The Picture of Dorian Gray, as well as the circumstances of his imprisonment and early death. Wilde was initially buried in the Cimetière de Bagneux outside Paris; in 1909 his remains were disinterred and transferred to Père Lachaise Cemetery. In 2017, with the coming into force of the Policing and Crime Act 2017, Wilde was among an estimated 50,000 men who were pardoned for his offence of homosexuality , as it was no longer a crime in the UK

11-30-1924 – 10-25-2006   Elliott R. Blackstone – Born in Chinook, Montana. In 1949, he became a San Francisco police officer. He was a pioneer in what is now called community policing. In 1962, he was designated as the department’s first liaison officer with the LGBT community. Blackstone, a straight man, became a staunch supporter of the gay community and worked within the police department to change policy and procedures directed against the LGBT community, such as

entrapment of gay men in public restrooms. Blackstone worked with the Mattachine Society, Daughters of Bilitis, the Vanguard gay youth group, and other LGBT organizations. He even took up a collection at his church to buy hormones for transgender people, at a time when health clinics would not provide them. At his retirement dinner in 1975, he was recognized by LGBT community leaders for his advocacy and support. Blackstone was featured in the 2005 film Screaming Queens, a documentary about the 1966 Compton’s Cafeteria riot. At the premiere at the Castro Theater, Blackstone received a standing ovation. An audience member asked why, as a straight man, he had worked so hard on behalf of LGBT rights. He said, “Because my religion teaches me to love everybody.” In 2006, Blackstone died of a stroke.

11-30-1965 Ryan Patrick Murphy – Born in Indianapolis, Indiana. He is an American film and television screenwriter, director, and producer. Murphy is best known for creating/producing a number of

Elton John’s Greatest Hits moved from #47 to #1 on the Album chart.  That bumped the Rolling Stones album It’s Only Rock ‘N Roll from the top after just one week.

1978 – Clay Aiken (born Clayton Holmes Grissom; born November 30, 1978) is born. He is an American singer, songwriter, television personality, actor, author, politician and activist. Aiken was the 2014 Democratic nominee in the North Carolina 2nd congressional district election. After several years of public speculation, Aiken came out as gay in a September 2008 interview with People magazine. In April 2009, Aiken was honored by the Family Equality Council advocacy group at its annual benefit dinner in New York City.

1978 – San Francisco Examiner Headline is “THE CITY WEEPS,” following and regarding the assassination of George Moscone and Harvey Milk.

1988 – National League Baseball president Bart Giamatti fires umpire Dave Pallone (born October 5, 1951) for being gay. Pallone is a former Baseball umpire who worked in the National League from 1979 to 1988. During Pallone’s career, he wore uniform number 26. He was “outed” in a New York Post article later in the year. Pallone later wrote his autobiography, Behind the Mask: My Double Life in Baseball, which became New York Times best-seller, and has been republished as an e-book. Pallone now does diversity training for corporations, colleges, universities and athletes with the NCAA. Pallone was part of the first class of inductees to The National Gay and Lesbian Sports Hall of Fame in 2013.

socialite, designer, artist, and LGBT rights activist. She is the granddaughter of Sir John Paul Getty and uses her mother’s surname professionally. Her brother is fashion designer August Getty, who is gay. She, along with her mother and brother, have provided new infrastructures for the Los Angeles LGBT center and works closely with GLAAD. Getty is openly lesbian and as of March 2018, she is engaged to Canadian socialite Gigi Lazzarato.

1993 – President Bill Clinton signs a military policy directive that prohibits openly gay and lesbian Americans from serving in the military, but also prohibits the harassment of “closeted” homosexuals. The policy is known as “Don’t Ask, Don’t Tell.” It was repealed on September 20, 2011.

1995 – The first US. government-sponsored advertising targeting gay men debuts on the eve of World AIDS Day when the Centers for Disease Control and Prevention releases a public service television announcement cautioning men to have “smart sex.”

November 1995 – The Hate Crimes Sentencing Enhancement Act goes into effect as part of the Violent Crime Control and Law Enforcement Act of 1994. The law allows a judge to impose harsher sentences if there is evidence showing that a victim was selected because of the “actual or perceived race, color, religion, national origin, ethnicity, gender, disability, or sexual orientation of any person.”

Barbra Streisand and Bryan Adams hooked up for a fast-rising song–“I Finally Found Someone”, up from 28 to 11.

Billboard magazine announced that the Hot 100 chart would now take airplay into consideration as well as sales.

Elton John was blasted by the Boy Scout Association after he appeared on stage at London’s Albert Hall performing ‘It’s A Sin’ with six male dancers dressed as Boy Scouts. The dancers had peeled of their uniforms during the performance.

Sinead O’Connor was receiving medical treatment after a message about her taking an overdose was posted on her Facebook page. “I have taken an overdose. There is no other way to get respect,” the post read. The Irish singer was found safely in Dublin by Police.

Clothing has been regulated in law in every nation.

Like Hair length – is it one of those every decade of fashion fights between youth, the middle aged and the elderly

having uniforms and allowing customization, improves school morale and gives a belonging along with some individuality as balance.

School Uniforms matter more to demonstrate who does and does not belong on school property – to reduce brand name clothes peer pressure.

focus on keep out the drug dealers, kidnapper/predators and random people who shoot up schools from off the street

https://www.nippon.com/en/japan-data/h01170/Gender-Free Uniforms: Japanese Schools Move to Make Allowances for LGBTQ Students | Nippon.comRecently in Japanese schools, there has been a movement toward offering students the freedom to choose gender-free uniforms.www.nippon.com

Najimy then chimed in, saying, about Coolidge, “The gays have good taste.” “They really do,” said Coolige.

https://www.baltimoresun.com/features/newsmaker/bs-fe-newsmaker-durryle-brooks-20211130-yoxtgecw7nghbaieyj63zdtwoi-story.htmlResearcher and social justice practitioner advocates for Baltimore’s Black gay and bisexual community – Baltimore SunDurryle Brooks’ talks on love and power have been part of training programs for Maryland prosecutors, attorneys, social workers and case managers who work in the field of abuse intervention.www.baltimoresun.com

https://www.forbes.com/sites/dawnstaceyennis/2021/11/29/resistance-was-futile-for-jonathan-del-arco-playing-this-gay-svengali/?sh=a5f3efd62768Resistance Was Futile For Jonathan Del Arco, Playing This Gay SvengaliAfter playing a Borg on “Star Trek,” Jonathan Del Arco stars in a new film as a gay painter whose casual encounter with a younger man turns into something more than they bargained for.www.forbes.com

from the article:
Over the last several decades, the U.S. has been hemorrhaging queer female spaces. In the 1980s, over 200 lesbian-identified bars were scattered around the country. Today, only 21 are, according to the fundraising and advocacy initiative Lesbian Bar Project.

But while lesbian bars are disappearing, that need for safe community spaces is not. Queer women remain vulnerable

https://www.bonappetit.com/story/gossip-grill-san-diegoLesbian Bars Are Disappearing. Gossip Grill Paves a Way to Survive | Bon AppétitThe San Diego bar has thrived for 12 years as the national number of lesbian bars has dwindled to 21.www.bonappetit.com

https://www.lgbtqnation.com/2021/11/five-lgbtq-two-spirit-native-american-people-making-world-better-place/Five LGBTQ & two-spirit Native American people who are making the world a better place / LGBTQ NationThere are so many Native American LGBTQ and two-spirit activists, writers, politicians, and performers changing the world. Here are five you should know…www.lgbtqnation.com

“Ending the HIV epidemic is within our reach, and we are committed to finishing this work,” Biden said. “On World AIDS Day, we rededicate ourselves to building on the progress of the last 4 decades; upholding and advancing human rights; supporting research, science, and data-driven solutions; expanding access to housing, education, and economic empowerment; and fighting stigma and discrimination. No one living with HIV should suffer the undeserved guilt and prejudice that too many continue to experience.”

Biden, as the world recognizes World AIDS Day on Dec. 1, enumerates LGBTQ people as survivors in a paragraph acknowledging the coronavirus pandemic has presented new obstacles in efforts to beat HIV/AIDS.

Richard Dawkins tweeted a request to his followers, asking them to sign on to a declaration by UK-based anti-transgender advocacy group the Women’s Human Rights Campaign (WHRC).

just dismiss any thing that is not pro trans as if others are not oppressed, marginalized, raped and murdered… 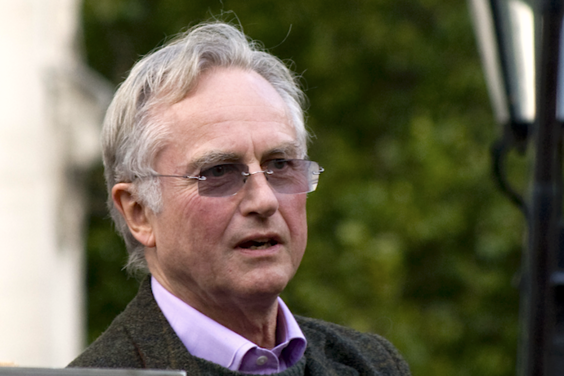 Atheist Richard Dawkins Swings to Anti-Trans Right in Grasp at Broader Intellectual Relevance | Religion DispatchesYesterday, Richard Dawkins tweeted a request to his followers, asking them to sign on to a declaration by UK-based anti-transgender advocacy group the Women’s Human Rights Campaign (WHRC).

Best known among anti-transgender circles for their proposed re-writing of the 1981 Convention on the Ereligiondispatches.org

THIS DAY IN LGBT HISTORY – NOVEMBER 30 | Ronni Sanlohttps://ronnisanlo.com › this-day-in-lgbt-history-novem…Nov 30, 2019 — 1995 – The first US. government-sponsored advertising targeting gay men debuts on the eve of World AIDS Day when the Centers for Disease Control …