1628 – John Felton (c. 1595 – 29 November 1628) is hanged. He was a lieutenant in the English Army who killed George Villiers, 1st Duke of Buckingham (28 August 1592 – 23 August 1628), and most probably the lover of King James I, in the Greyhound Pub of Portsmouth on August 23, 1628. Villiers was the last in a succession of handsome young favorites on whom the king lavished affection and patronage, although the personal relationship between the two has been much debated.

1915 – Jazz great Billy Strayhorn (November 29, 1915 – May 31, 1967) is born. Planet Out says, “Although Billy Strayhorn was considered by many to be Duke Ellington’s musical superior, his refusal to stay in the closet forced him to take a back seat. Central to the jazz movement, Strayhorn infused his compositions with complex harmonies and plenty of soul. His willful obscurity brought him much pain, but it also served to fuel his creativity and boundless talent.” He was an American jazz composer, pianist, lyricist, and arranger, best known for his successful collaboration with bandleader and composer Duke Ellington, lasting nearly three decades. His compositions include “Take the ‘A’ Train”, “Chelsea Bridge”, “A Flower Is a Lovesome Thing”, and “Lush Life”. Strayhorn was openly gay. His first partner was African-American musician Aaron Bridgers (January 10, 1918 – November 3, 2003), who was an African-American jazz pianist who moved to Paris, in 1947. He and Strayhorn were lovers from 1939 until Bridgers’ move to France.

1933: Close to bankruptcy after repeated Nazi raids and seizures of his publications and property, Adolf Brand (14 November 1874 – 2 February 1945) writes a letter to the Sexicology Society in London announcing the end of the Homophile movement he has led. He died in an Allied bombing raid in 1945. Adolf Brand, who began publishing one of the earliest gay publications in Berlin, said he was unable to continue. Nazi raids and seizures had left him financially ruined. Brand was a German writer, individualist anarchist, and pioneering campaigner for the acceptance of male bisexuality and homosexuality.

11-29-1968 Jonathan Knight – Born in Worcester, Massachusetts. He is an American singer. He was part of the group New Kids On

The Block. In 2011 he stated, “I have lived my life very openly and have never hidden the fact that I am gay. Apparently, the prerequisite to being a gay public figure is to appear on the cover of a magazine with the caption ‘I am gay’. I apologize for not doing so if this is what was expected!” Knight has been in a relationship with Harley Rodriquez since 2008. The two participated in the 26th season of the reality show The Amazing Race, which aired on CBS in early 2015, where they placed 9th.

Elton John scored his 13th Top 10 and seventh in a row with “Island Girl”, which was at #3, and  Natalie Cole with her first hit “This Will Be” at 8

11-29-1979 Simon Amstell – Born in Gants Hill, London, UK. He is an English comedian, TV presenter, screenwriter, and actor. He is openly gay and Jewish, which occasionally figures in his work. He is best known for his roles as the former co-host of Popworld, and host of Never Mind the Buzzcocks. He was also co-writer and star of the sitcom Grandma’s House, commissioned by BBC2. In 2014 he went on tour, titled To Be Free.

1979, Canada – A Quebec Superior Court judge rules that the Montreal Catholic School Commission did not have justifiable grounds to refuse to rent space to gay rights group ADGQ and therefore was not exempt from the Charter of Human Rights and Freedoms. The ruling overturns the province’s human rights commission’s second opinion in 1978 and becomes the first legal victory against discrimination since adoption of the gay rights clause in Canada’s Charter of Rights and Freedoms of the Constitution in December 1977.

ABBA scored their ninth and last UK No.1 single with ‘Super Trouper’, the group’s 25th Top 40 hit in the UK. The name “Super Trouper” referred to the gigantic spotlights used in stadium concerts.

Barbra Streisand was still at 2 after owning the previous #1–“Woman In Love”,  while Queen was still at #4 with “Another One Bites The Dust

Guilty by Barbra Streisand remained second on the USA lp charts and at 5 The Game by Queen.

Actress Natalie Wood drowned at age 43. (West Side Story, Rebel Without a Cause, Splendor in the Grass, Brainstorm, Miracle on 34th Street, Gypsy, Bob & Carol & Ted & Alice, The Great Race, Sex and the Single Girl, Penelope, Inside Daisy Clover, The Candidate, Love with a Proper Stranger). The case has been reopened decades later with Robert Wagner and Christopher Walken the persons to question.

1984: West Hollywood, the first city in the U.S. to have a city council with a majority of LGBTQ members, is incorporated in Los Angeles County. Less than a month after being established as a city, West Hollywood approves a gay rights ordinance.

Band Aid released the single “Do They Know It’s Christmas”,

1989 – Randy Kraft, a serial killer who murdered at least 61 gay young men, is sentenced to death in California. He was arrested in 1983 and remains in a California prison waiting for his sentence to be carried out.

Whitney Houston pulled out of a concert sponsored by the Moonies two hours before she was due on stage after finding out the event was a mass wedding for over 1,000 Moonie couple’s. The religious group said they had no intention of suing providing the singer returned the $1m fee she had received.

Celine Dion’s Let’s Talk About Love was the #1 album in the U.K.

‘Perfect Day’ performed by various artists including Elton John, Bono, Tom Jones & David Bowie went to No.1 on the UK singles chart. Originally written and recorded in 1973 by Lou Reed, this new collaboration of 29 major artists was a fund raiser for the BBC Children In Need charity.

Higher Ground from Barbra Streisand debuted as the #1 album, her eighth #1 and 25th Top 10.  The best of the other new entries in the Top 10 was Yourself or Someone Like You from Matchbox 20.

Elton John held on to #1 for the eighth straight week with “Candle In The Wind 1997”.

Beyonce, Bono of U2, Peter Gabriel, the Eurythmics, the Corrs, Jimmy Cliff and the surviving members of Queen performed at a concert at Greenpoint Stadium to raise awareness of AIDS in Cape Town, South Africa.

2004: Without comment, the Supreme Court of the United States refuses to hear arguments appealing the Massachusetts Supreme Judicial Court ruling that same-sex marriage must be allowed in that state, in essence letting the ruling stand.

Control, the biopic about late Joy Division singer Ian Curtis scooped five prizes at the British Independent Film Awards. The black-and-white film, which featured The Killers, David Bowie and New Order on the soundtrack, was shot for just £3m.

Morrissey was set to sue UK music weekly the NME after it failed to apologise for an article focusing on his views on immigration. The magazine had criticised the 48 year old singer and former Smiths star for allegedly telling a reporter Britain had lost its identity due to high levels of immigration.

the right to an idea is a good idea, but the contents of the idea matter 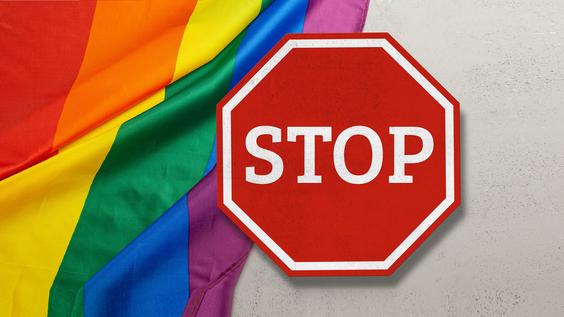 The Tyranny of the LGBT Community – The Media LineAn alarming debate is taking place in Australia […]themedialine.org 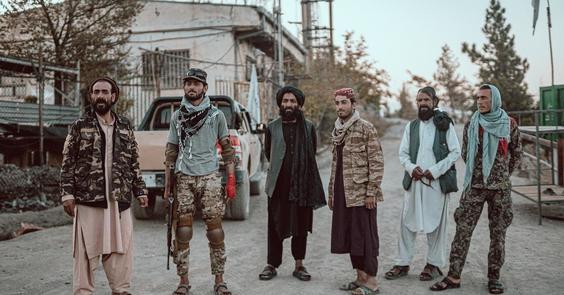 LGBT Community Forced Into Sex Work As Taliban Rule SolidifiesAs the Taliban’s rule solidifies across Afghanistan, members of the LGBTQ+ community are being forced into sex work.radaronline.com 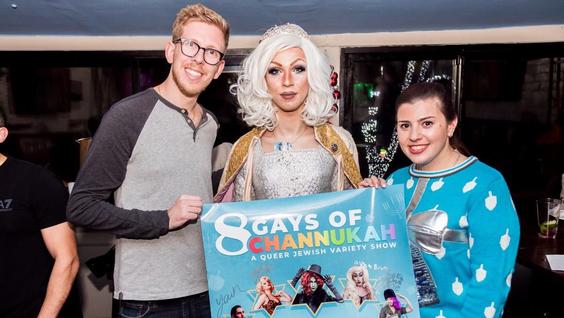 From Zoom latkes to a sold-out drag show: How the queer Jewish community is celebrating its second pandemic Hanukkah | The StarLGBTQ+ at the J, a community building program from the Miles Nadal Jewish Community Centre, is promoting the most queer-centred Hanukkah events since …www.thestar.com

Lesbians lost a role model…. and get bashed for being upset.

but if Ellen, exposed nipples would result in the platform removing the image 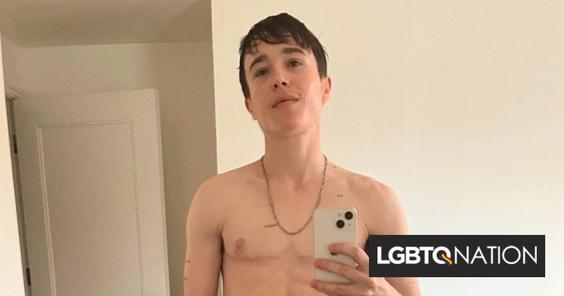 Elliot Page’s new Instagram thirst trap has Twitter drooling / LGBTQ NationThe actor’s shirtless selfie has everyone talking about how jacked he is now…www.lgbtqnation.com 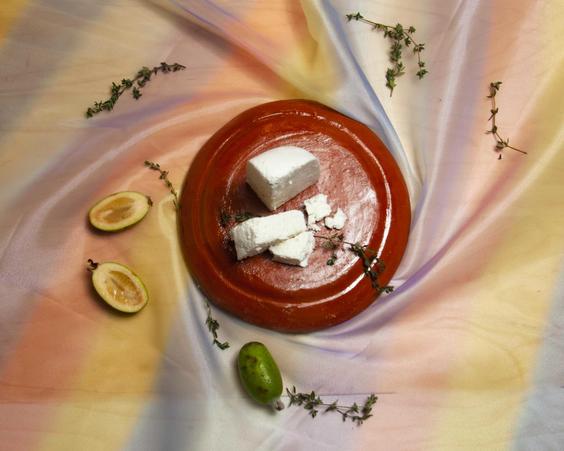 Is this cheese lesbian? How a feta at S.F.’s Rainbow Grocery turned into an unlikely queer iconLesbian feta at Rainbow Grocery Cooperative has a bright sheep’s milk tang and an…www.sfchronicle.com 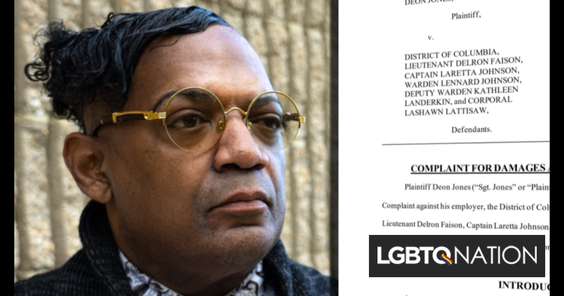 Corrections officer that has endured anti-gay discrimination & was almost raped is suing / LGBTQ Nation“They torture my soul. I’m being persecuted for who I am when I serve with dignity, honor and respect…. I’m treated like trash,” the officer said…www.lgbtqnation.com

Compulsory Heterosexuality… living one’s life in private vs public outing as a public figure one thing, and regular unfamous person another…. 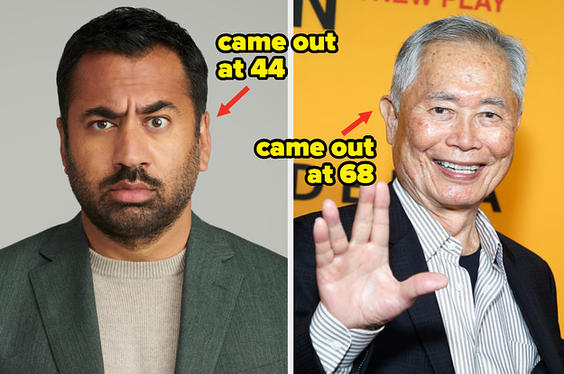 Gay Men’s Delayed “Coming Out” Stories“I realized I could still give my beautiful wife of 17 amazing years the life she deserved, with a man that wasn’t living a divided life.”www.buzzfeed.com

coming out was how we got rights and reduced the social marginalization..

what’s the point of playing nice with toxic families? 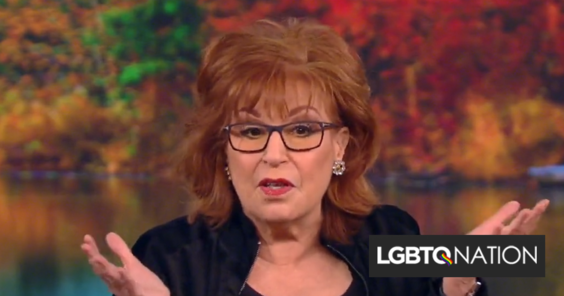 Joy Behar called out for telling gay people to “just come out” at Thanksgiving / LGBTQ Nation“Just come out! See what happens,” The View’s Joy Behar told LGBTQ people in her audience for Thanksgiving. Was that “irresponsible…www.lgbtqnation.com