1636 – A set of laws was enacted for the Plymouth colony (present-day Massachusetts. Eight offences were deemed punishable by death, including sodomy.

1887 – Bisexual artist Georgia O’Keefe (November 15, 1887 – March 6, 1986) is born. She was best known for her paintings of enlarged flowers, New York skyscrapers, and New Mexico landscapes. O’Keeffe has been recognized as the “Mother of American modernism”.

1940, South Africa – Patricia Marion Fogarty (Nov. 15, 1940-Feb. 17, 1999), illustrator and photographer and lover of filmmaker Jayne Parker, is born. She was an illustrator whose drawings and watercolors appeared regularly in newspapers, magazines, books, and in national advertising campaigns – in every size and context, from billboards to brochures to ginger-beer labels.

1941- Hitler orders the death penalty for homosexual SS officers. Heinrich Himmler announced the decree that any member of the Nazi SS or police who had sex with another man would be put to death.

1952 – In Los Angeles, W. Dorr Legg, Tony Reyes, Martin Block, Dale Jennings, Merton Bird, Don Slater, and Chuck Rowland, all with ties to the Mattachine Society, form a group to promote education and research activities beneficial to gay men and lesbians. ONE, Inc., results from the meeting. The name is from an aphorism of Victorian writer Thom Carlyle: “A mystic bond of brotherhood makes all men one.”

Liberace meets Elvis Presley for the second time in Vegas.

Elvis visited the late show of Liberace at the Clover Room of the Riviera Hotel. Afterwards he visited Liberace backstage and even fooled around for some photographers.

1969 – Representatives of the Gay Liberation Front join hundreds of thousands of other demonstrators protesting the Vietnam War in Washington, DC

Janis Joplin is arrested at her concert in Tampa, Florida and charged with using “vulgar and indecent language”. The incident began when a policeman with a bullhorn ordered people in the audience to sit down and Joplin responded, “Don’t fuck with those people! Hey, Mister, what’re you so uptight about? Did you buy a five dollar ticket?” When police backstage instructed Joplin to tell the audience to take their seats, she replied, “I’m not telling them shit.” After being arrested in her dressing room, Joplin was released on bond and all charges were eventually dropped.

1970 – “Jet Magazine” features a lesbian couple, Edna Knowles and Peaches Stevens, in their publication under the headline “Two Women ‘Married’ In Chicago — To Each Other.” However, Jet noted that the Illinois marriage license bureau had no record of the union. The image caption refers to Stevens as the “bridegroom.”

1977 – The school board of Santa Barbara, California, votes to ban discrimination against students based on sexual orientation;

Margaret Mead (December 16, 1901 – November 15, 1978) dies at age 76. Mead, who was bisexual, was perhaps the most famous anthropologist in the world at the time of her death. She helped the world to understand that gender roles differed from culture to culture. She once said, “Never doubt that a small group of thoughtful, committed citizens can change the world. Indeed, it is the only thing that ever has.” Mead never openly identified herself as lesbian or bisexual. In her writings she proposed that it is to be expected that an individual’s sexual orientation may evolve throughout life.

Queen remained at #4 with “Another One Bites The Dust”

1980, Canada – Michael Harcourt, an alderman consistently supportive of the gay community, is elected mayor of Vancouver. An organization called Gay People to Elect Mike Harcourt campaigned actively in the gay community. Harcourt would become NDP premier of British Columbia in 1991.

A Washington, DC, Superior Court judge dismisses a lawsuit brought by gay students against Georgetown University three years prior, ruling that the students cannot force the university to grant their organization recognition, because the federal government does not have an official national policy on homosexual rights.

Culture Club released the single “Do You Really Want to Hurt Me” in the United States.

The Beastie Boys released the LP “License To Ill.”

the USA charts: The Human League were at #2 with “Human”, Madonna’s “True Blue” took home the #3 prize on the song charts and was #10 on the LP charts

1988 – Alexandria, Virginia bans discrimination in employment, housing and other practices based on sexual orientation.

David Bowie opened on Broadway in the title role of “The Elephant Man.”

Jacques Morali, the producer and songwriter who formed Village People, died of complications from AIDS.

1995 – The Florida Baptist state convention approves a resolution to encourage members to boycott the Walt Disney Co. because of the company’s extension of domestic partner benefits to its gay and lesbian employees.

Jim Kepner, Jr. (1923 – 15 November 1997) dies. He was a journalist, author, historian, archivist and leader in the gay rights movement. His work was intertwined with One, Inc. and One Magazine. He contributed to the formation of the ONE National Gay & Lesbian Archives.

1999 – The Washington Times reports claims George W. Bush ensured conservative supporters that he would not knowingly appoint any homosexuals as ambassadors or department heads in his administration if elected president.

The UK music industry made the decision to include computer downloads as part of the pop singles chart in an attempt to restore credibility to the Top 40. OD2 the online music distributor would compile the new chart with the official chart company.

Madonna released the album Confession on a Dance Floor.

2008 – Comedian Wanda Sykes (born March 7, 1964) comes out at a rally in Las Vegas for marriage equality. She said, “ I’m proud to be a woman, proud to be Black, and proud to be gay…” Sykes is an American actress, comedian and writer. She was first recognized for her work as a writer on The Chris Rock Show, for which she won a Primetime Emmy Award in 1999. In 2004, Weekly named Sykes as one of the 25 funniest people in America. A month earlier, Sykes had married her partner Alex Niedbalski, a French woman, whom she had met in 2006. The couple became parents on April 27, 2009, when Alex gave birth to twins.

Doctors and professionalism, eh – maybe do another area of medicine or maybe another profession entirely that does not involve people..

there is a lot of bashing on women that is inherent in the trans discussion – by women seeking to avoid being women to men seeking to become the priority women and render the second class of women, into second class in the woman category

mostly: those with concerns about transgender needs to speak in a more human manner than trans are doing about those who are not trans.

from the article:
in a recent ruling, Ontario’s health review board upheld the decision of a College of Physicians and Surgeons of Ontario committee to provide “advice” to Giancarlo McEvenue that he should better follow the profession’s advertising regulations.

Under the Medicine Act, any advertising by a doctor “must not be false, misleading or deceptive; must not contain a testimonial; and must be readily comprehensible, dignified and in good taste.”

“The photograph showing (McEvenue) holding up buckets labelled breast tissue is not dignified or in good taste, regardless of whether the clinic has received positive feedback about it,” the committee wrote. 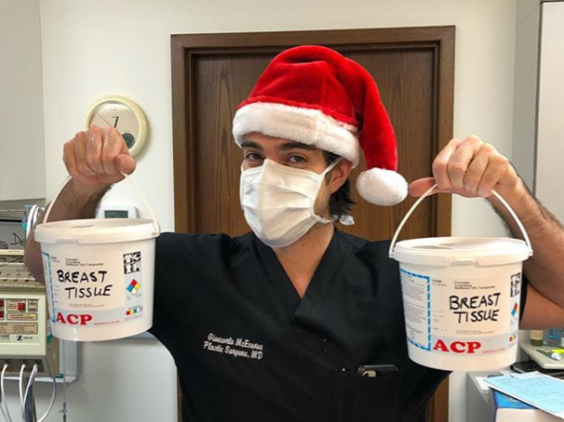 MANDEL: Decision upheld against doc’s posts on transgender top surgery | Toronto SunHolding two medical waste buckets labelled “breast tissue” while dressed in a Santa hat was likely not the most tasteful move by a surgeon.torontosun.com 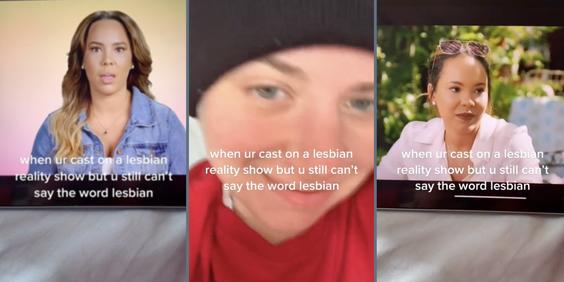 ‘Lesbian isn’t a bad word’: Lesbian reality show star calls herself ‘le-dollar-bean’, sparking debate on TikTokTikTokers are divided after a cast member on ‘Tampa Baes’ called herself a “le-dollar-bean” instead of saying the word “lesbian.”www.dailydot.com 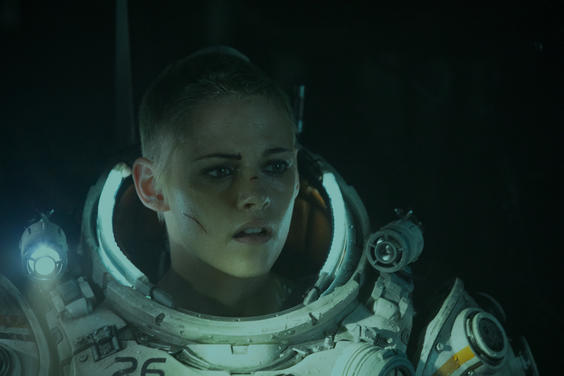 “A Paranormal Romp in a Queer Space” – Kristen Stewart is Developing a Ghost Hunting Show! – Bloody DisgustingLast year, Kristen Stewart made headlines here on Bloody Disgusting for starring in the aquatic horror movie Underwater, which honestly should’ve made a whole lot more money at the box office than it did. Digressing, Stewart has been making headlines this year for playing Princess Diana in Spencer, likely to nab the actor her first […]bloody-disgusting.com 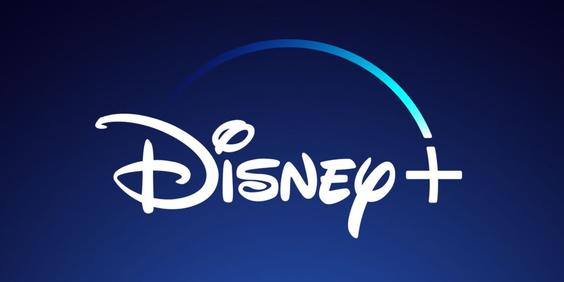 TikTok’s Disney Text-To-Speech Voiceovers Censor The Words Gay, Lesbian And QueerEven on TikTok, none of the Star Wars characters are allowed to be gay.www.thegamer.com

“I think I’m accepted in the Republican Party. A lot of Republicans don’t like gays, but they say, ‘What you do is your own business,’” Leonardon said. “I don’t feel the Republican Party has an anti-gay bias nearly as much as it used to, particularly because the older Republicans have died off and the ones 50 and under just don’t care as much.”

in reality, in the USA it is the republican party that has denied and delayed LGBTQ2 Rights along with equality of rights for Heterosexual women 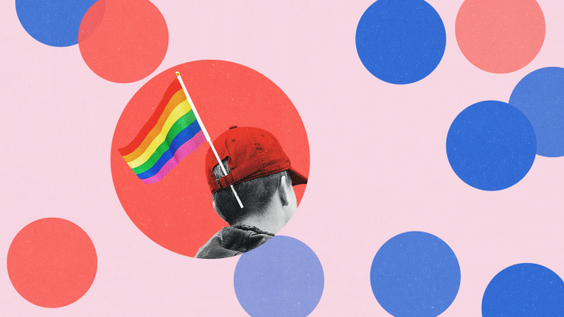 Why Some Lesbian, Gay And Bisexual Americans Are Loyal To The GOP | FiveThirtyEightWelcome to Political Outliers, a column that explores groups of Americans who are often portrayed as all voting the same way. In today’s climate, it’s easy to f…fivethirtyeight.com 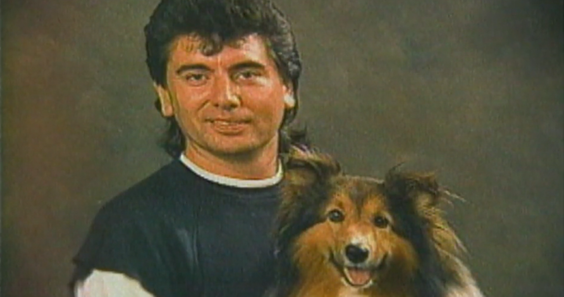 COMMENTARY: Push on to restore memorial to Aaron Webster, gay man fatally beaten in Stanley Park – BC | Globalnews.caSupporters say they need to raise $7,000 by the end of December in order for the park board to renew the bench, plaque and covered area near Second Beach. globalnews.ca

the primary sexual offenders in every nation is heterosexual men 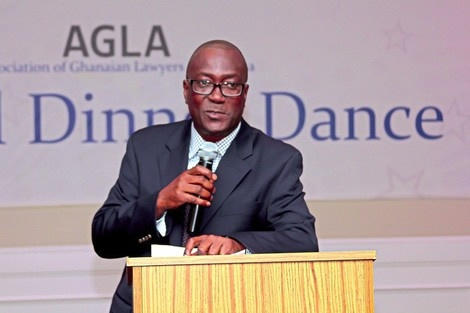 You can’t target LGBT people like they are the source of Ghana’s sexual problems – Prof Prempeh fumes•8 MPs are currently sponsoring the anti-gay bill to criminalize activities of LGBTI+ communitywww.ghanaweb.com

“The policy at the One8 Commune restaurant chain is not explicitly against homosexual couples as their policies allow entry for lesbian women. They entry is barred for single men as well as gay men. “

nina notes:
so gay men are being targeted for exclusion because lesbians are not thought to exist rather than also be banned… 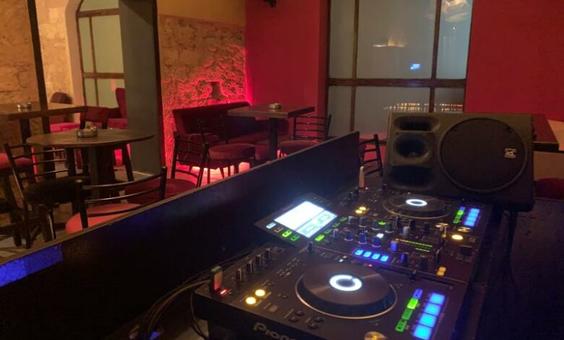