1810, Scotland – Young Jane Cummings makes an accusation of “inordinate affection” between two female teachers Marianne Woods, 27, and Jane Pirie, 26, in Edinburgh. This is the first of a series of events leading to a dramatic trial and later became the basis for the Broadway play and film “The Children’s Hour,” a 1934 American play by Lillian Hellman.

1874 – Adolf Brand (14 November 1874 – 2 February 1945) was a German writer, individualist anarchist, and pioneering campaigner for the acceptance of male bisexuality and homosexuality. On this day Brand published Der Eigene, the first gay journal in the world, published from 1896 to 1932 in Berlin. Other contributors included writers Benedict Friedlaender, Hanns Heinz Ewers, Erich Mühsam, Kurt Hiller, Ernst Burchard, John Henry Mackay, Theodor Lessing, Klaus Mann, and Thomas Mann, as well as artists Wilhelm von Gloeden, Fidus, and Sascha Schneider. The journal may have had an average of 1500 subscribers per issue during its run, but the exact numbers are uncertain. In 1933, when Adolf Hitler rose to power, Adolf Brand’s house was searched and all the materials needed to produce the magazine were seized and given to Ernst Röhm.

In Chicago, IL, on KYW Radio, the first opera by a professional company was broadcast.

1908 –  Joseph McCarthy  (November 14, 1908 – May 2, 1957) , the U.S. Senator who presided over a Communist witch-hunt during the 1950s, was born in Appleton, Wisconsin. The red-baiting homophobe was actually a closeted gay man. In an article in the Las Vegas Sun on October 25, 1952, Hank Greenspun wrote that: “It is common talk among homosexuals in Milwaukee who rendezvous in the White Horse Inn that Senator Joe McCarthy has often engaged in homosexual activities.” The number of American lives destroyed in the 1950s by McCarthy’s “outing Communists” and witch-hunting homosexuals numbered in the tens of thousands in the U.S. McCarthy died of alcoholism at the age of 48. His right-hand man, lawyer (and closeted gay man and friend of Donald Trump) Roy Cohn (February 20, 1927 – August 2, 1986) died of AIDS in 1986.

1932, UK- Lillias Irma Valerie Arkell-Smith  (1895–1960), going by the name of Sir Victor Barker, served in the Royal Air Force under the name Barker. Arkell-Smith marries Elfrida Hayward on this day but the marriage is annulled because Arkell-Smith is physically and legally female. In 1926, while living in London, Arkell-Smith accidentally received a letter which had been addressed to a different Colonel Barker inviting him to join the National Fascisti. Arkell-Smith replied to the misdirected letter with the missive “why not,” reasoning that membership of what was a macho group would help him better pose as a man. Arkell-Smith died in poverty and obscurity under the name Geoffrey Norton in 1960 and was buried in an unmarked grave in Kessingland churchyard near Lowestoft, Suffolk. The story of the many lives of Arkell-Smith/Barker is told in Colonel Barker’s Monstrous Regiment by Rose Collis, Virago 2001.

1942, Germany – The Nazi SS (storm troops) informs concentration camp commandants that they are free to sterilize any of the prisoners under their control. The directive gives official approval to the practice, already instituted in some camps, of castrating males suspected of sexual attraction to other men.

Leonard Bernstein made his debut with the New York Philhamonic when he filled in for the ailing Bruno Walter prior to a nationally broadcast concert. Bernstein was 25 years old and was an assistant conductor at the time.

1969 – In New York City, the Gay Liberation Front launches the premiere issue of the first gay newspaper Come Out!, ” a publication by and for the Gay Community. It ran for three years.

Queen played the first of two nights at the Empire Theatre in Liverpool, England, the first nights on their 78-date A Night At The Opera World Tour.

Although they had been divorced for twelve years, Sonny and Cher appear together on The Late Show, where they are coaxed by David Letterman into singing “I Got You Babe”. The crowd gave the pair a standing ovation for what would prove to be their final performance together, as Sonny would die in a skiing accident in 1998.

George Michael went to No.1 on the UK album chart with his debut solo album ‘Faith’. The album won several awards including the Grammy Award for Album of the Year in 1989. To date, the album has sold over 20 million copies worldwide. Between 1987 and 1988, Faith produced six Top 5 Billboard Hot 100 hits, four of which (‘Faith’, ‘Father Figure’, ‘One More Try’, and ‘Monkey’) reached No.1, making him the only British male singer to have four No.1 singles from one LP on the Billboard Hot 100.

The Soundtrack to “Dirty Dancing” took over as the #1 album.

The Who‘s Pete Townshend confesses his bisexuality to Newsweek magazine. Says Pete, “I know how it feels to be a woman because I am a woman. And I won’t be classified as just a man”

1994, China – China determines that same-sex acts are no longer to be considered a “social order” offense.

2001, Egypt – Fifty-two men are arrested on May 11, 2001, on the Queen Boat, a floating gay nightclub on the Nile River. According to the International Gay and Lesbian Human Rights Commission (IGLHRC), the men were subjected to beatings and forensic examinations to “prove their homosexuality.” The trials of the “Cairo 52” lasted five months and the defendants were vilified in the Egyptian media, which printed their real names and addresses, and branded them as agents against the State. On November 14, 2001, twenty-one of the men were convicted of the “habitual practice of debauchery,” one man of “contempt for religion,” and another, who was accused of being the “ringleader,” was convicted of both charges and received the heaviest sentence, five years’ hard labor. A fifty-third man, a teenager, was tried in juvenile court and sentenced to the maximum penalty of three years in prison, to be followed by three years of probation.

2008 – Transgender woman Lateisha Green is shot and killed outside a house party in Syracuse, NY. Her murderer is sentenced to 25 years for first degree manslaughter. This is the first transgender hate crimes conviction in New York and only the second in the US. 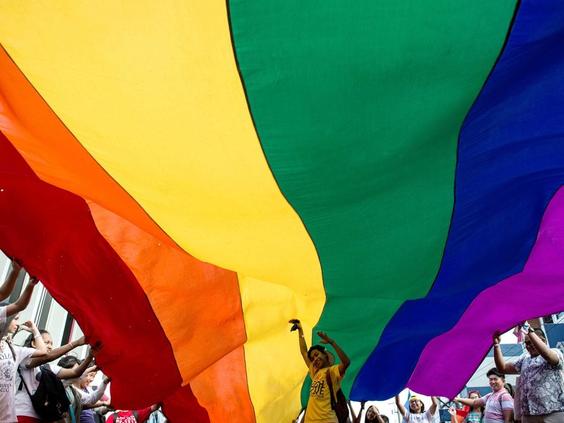 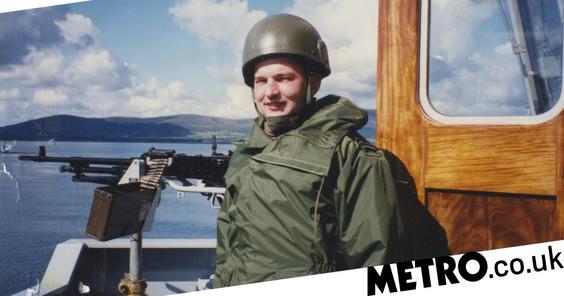 This Remembrance Sunday, I will also be thinking of LGBT veterans | Metro NewsI am immensely proud to be part of this moment of inclusion for our LGBT+ veterans.metro.co.uk 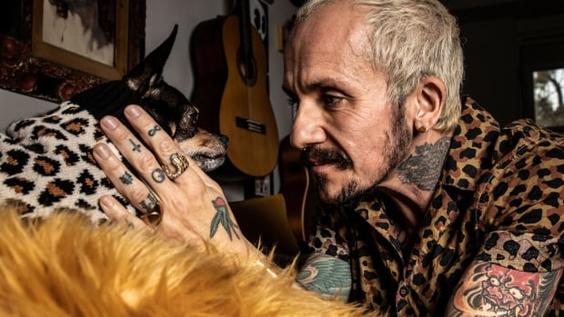 first books are burned, then people 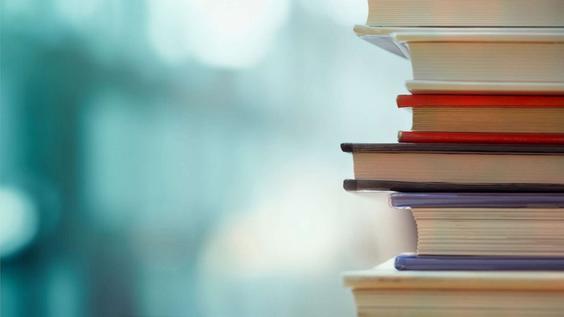 dear other demographics: lesbians are being silenced

we are being sexually harrassed and fetishized within LGBTQ2

and we deserve being heard 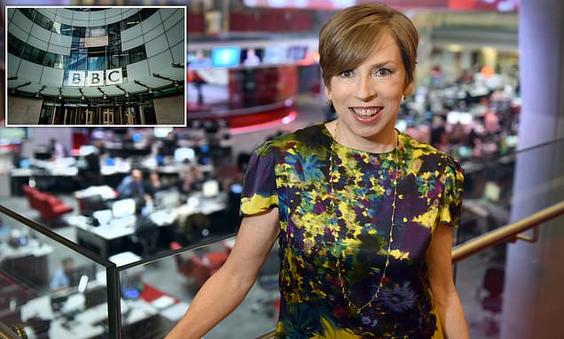 BBC chief tells LGBT staff ‘they must get used to hearing views they don’t like’ in Zoom call | Daily Mail OnlineDuring a meeting with the BBC’S Pride network the broadcaster’s head of news Fran Unsworth told employees they will ‘hear things they do not personally like’ and they ‘have to get used to that’.www.dailymail.co.uk 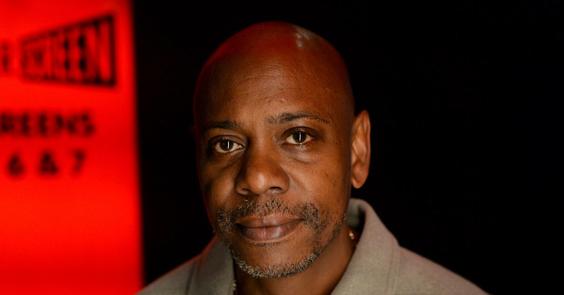 Dave Chappelle’s high school postpones fundraiser after LGBTQ students voice concerns – REVOLTApparently, some of the high schoolers engaged in “a heated debate with faculty” after they were asked to help put together an exhibition to honor Chappelle.www.revolt.tv 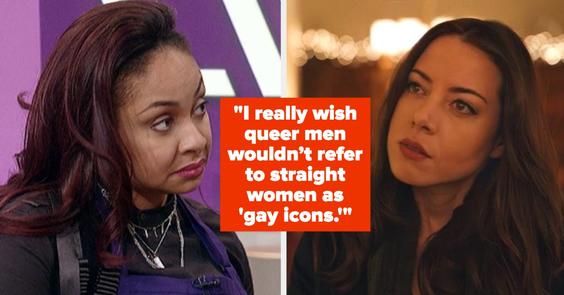 Queer Women Share What They Want Gay Men To Stop Doing“Just because you’re in the community doesn’t mean we all live the same experiences.”www.buzzfeed.com 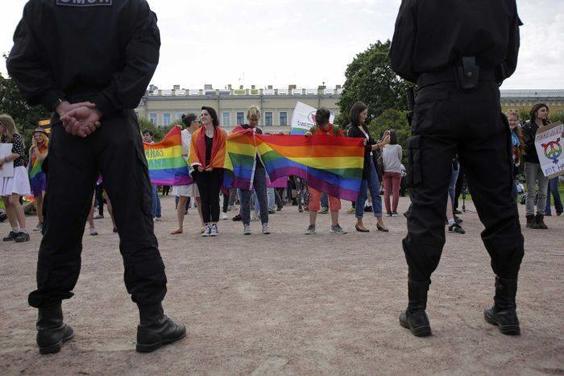 Today in LGBT History – November 14 | Ronni Sanlohttps://ronnisanlo.com › today-in-lgbt-history-novembe…Nov. 14, 2017 — On November 14, 2001, twenty-one of the men were convicted of the “habitual practice of debauchery,” one man of “contempt for religion,” and …