1928, UK – Obscenity trial for the classic novel “The Well of Loneliness “ by Radclyffe Hall (12 August 1880 – 7 October 1943) begins. The book portrays lesbianism as natural. The star witness for the defense, Norman Haire, testifies that one could not become homosexual by reading books any more than one “could become syphillic by reading about syphilis.”

1947 – Kate Clinton (born November 9, 1947) is an American comedian specializing in political commentary from a gay/lesbian point of view. She began her stand-up career in 1981 using her lesbianism, Catholicism and current politics for her jokes. Clinton is a self-described “fumerist,” or feminist humorist. She has lived in New York City and Provincetown, Massachusetts, with her partner Urvashi Vaid (born 8 October 1958)  since 1988.

1955 – Actor Rock Hudson (November 17, 1925 – October 2, 1985) marries his agent’s secretary Phyllis Gates to squelch rumors about his sexual orientation, rumors which were unknown to Gates. Suspicious, Gates hired  private eye Fred Otash. Hudson was an American actor, generally known for his turns as a leading man during the 1950s and 1960s. Viewed as a prominent “heartthrob” of the Hollywood Golden Age, he achieved stardom with roles in films such as Magnificent Obsession (1954), All That Heaven Allows(1955) and Giant (1956), for which he received a nomination for the Academy Award for Best Actor, and found continued success with a string of romantic comedies co-starring Doris Day in Pillow Talk (1959), Lover Come Back (1961) and Send Me No Flowers (1964). After appearing in films including Seconds (1966), Tobruk (1967) and Ice Station Zebra(1968) during the late 1960s, Hudson began a second career in television through the 1970s and 1980s, starring in the popular mystery series McMillan & Wife and the primetime ABC soap opera Dynasty. In 1955, Confidential magazine threatened to publish an exposé about Hudson’s secret homosexuality. Willson stalled this by disclosing information about two of his other clients. Willson provided information about Rory Calhoun‘s (August 8, 1922 – April 28, 1999)  years in prison and the arrest of Tab Hunter (July 11, 1931 – July 8, 2018) at a party in 1950. According to some colleagues, Hudson’s homosexual activity was well known in Hollywood throughout his career,  and former co-stars Elizabeth Taylor and Susan Saint James claimed that they knew of his homosexuality, as did Carol Burnett. Shortly before his death from AIDS-related complications, Hudson made the first direct contribution, $250,000, to amfAR, The Foundation for AIDS Research, helping launch the non-profit organization dedicated to AIDS/HIV research and prevention; it was formed by a merger of a Los Angeles organization founded by Dr. Michael S. Gottlieb, Hudson’s physician, and Elizabeth Taylor, his friend and onetime co-star, and a New York-based group.

Johnny Mathis charted with one of the greatest recordings of the fifties, “Misty,” reaching #10 R&B and #12 pop. Johnny was a track star in college who was invited to the Olympic tryouts; lucky for music lovers, he chose a singing career instead. He stated as a jazz singer and add more than seventy pop  chart albums and forty-five pop hits through 1984.

Brian Epstein went to Liverpool’s Cavern Club to see The Beatles perform for the first time. He had been getting requests at his NEMS music store for a record called “My Bonnie”. After several more visits, Epstein would offer to manage the group, which he did until his death in 1967.

1985 – Openly gay Terry Sweeney (born March 23, 1950) joins the cast of Saturday Night Live. His best skit was Nancy Reagan impersonations. Terry Sweeney’s partner is Lanier Laney (born March 18, 1956), a comedy writer who also wrote for SNL in the 1985–1986 season. According to a 2000 magazine article, they first met as members of a sketch comedy troupe called the “Bess Truman Players” before joining SNL. Laney and Sweeney were also writing partners for Saturday Night Live during the 1985–1986 season, the film Shag, and the Syfy Channel cartoon Tripping The Rift. As of 2012, the couple reside in Beaufort, South Carolina.

1989: Variety reverses an earlier policy and begins listing the surviving same-sex partners (listed as “longtime companions”) in the obituaries of LGBT entertainment professionals.

The Madonna CD collection “The Immaculate Collection” was released.

1992 – Approximately 100 people held a vigil outside the home of Chicago’s Roman Catholic cardinal Joseph Bernardin to protest the church’s teaching that homosexuality is a disorder.

2002Viewers of the UK music channel VH1 voted ‘I Will Always Love You’ by Whitney Houston as the number 1 most romantic song ever. In second place Elvis Presley ‘You Were Always On My Mind’ and third place went to ‘My Heart Will Go On’ by Celine Dion.

It was announced that Madonna’s latest movie ‘Swept Away’ would not be released in the UK because it had been such a box office flop in the US. The Washington Post said the film was “as awful as you’ve heard and as bad as you’ve imagined.”

Marie Osmond appeared on The Oprah Winfrey Show and said that her gay son’s suicide was “probably the hardest thing” she’s ever been through. Osmond’s son, 18-year-old Michael Bryan, jumped from the eighth floor of a Los Angeles apartment building last February. Marie and her brother Donny took a short break from their Las Vegas show before returning with a tribute to Bryan in March.  The Mormon Community is against LGBTQ2, but Marie Osmond differs.

David Bowie’s retrospective show at the Victoria & Albert Museum had enjoyed so much foot traffic it was now officially the most successful touring exhibition in the cultural institution’s 164-year history. According to the V&A’s over half a million people had visited David Bowie Is in sites across the globe, including the 312,000 visitors who saw the exhibition in London back in 2013.

Kate Brown (born June 21, 1960) is sworn in as governor of Oregon, the day after she was officially elected to the office. She is bisexual and is the country’s first openly bisexual statewide officeholder and first openly bisexual governor. Brown took over the governorship in February, 2016, without an election after Democrat John Kitzhaber resigned amidst a criminal investigation. She is the 38th and current Governor of Oregon. Brown, a Democrat and an attorney, previously served as Oregon Secretary of State and as majority leader of the Oregon State Senate, where she represented portions of Milwaukie and of Northeast and Southeast Portland. Brown lives in Portland, with her husband Dan Little. She has two stepchildren, Dylan and Jessie. 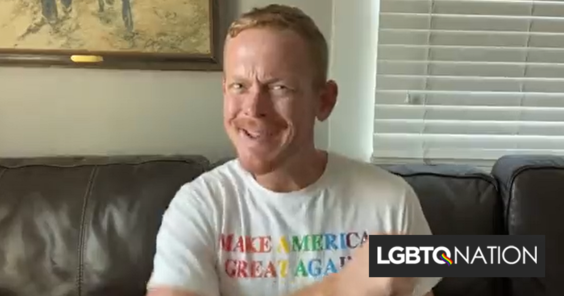 Queer Republicans try to make Melania Trump a gay icon in cringiest video of the year / LGBTQ Nation“MAN she made him look GOOOOOOOOOD…www.lgbtqnation.com 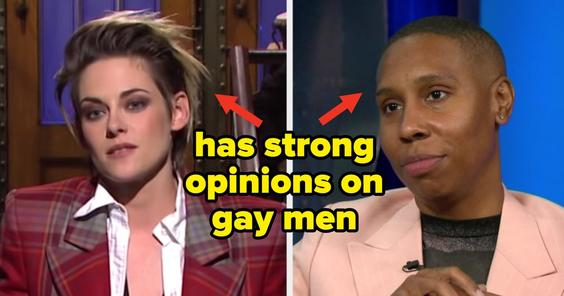 Gay Women, What Do You Want Gay Men To Know?Just because we’re all queer doesn’t mean us (relatively) privileged gay men can say offensive things to gay women.www.buzzfeed.com 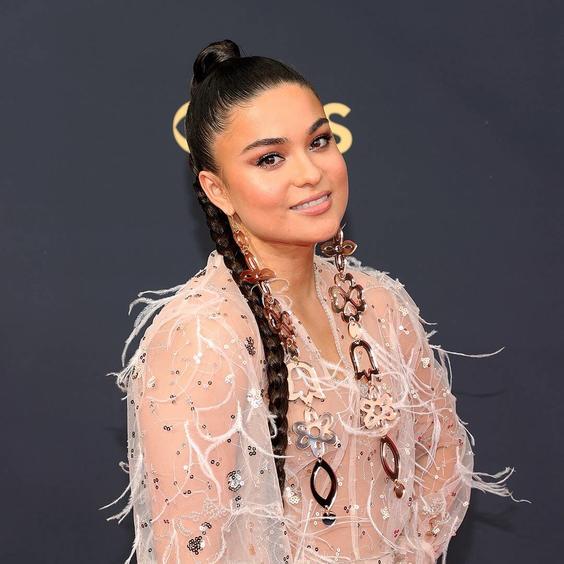 How Devery Jacobs is “Living Truthfully” as Queer & Indigenous – E! OnlineReservation Dogs’ Devery Jacobs revealed how she’s fighting for the representation she didn’t have growing up during E!’s “Ones to Watch” series celebrating Indigenous heritage.www.eonline.com 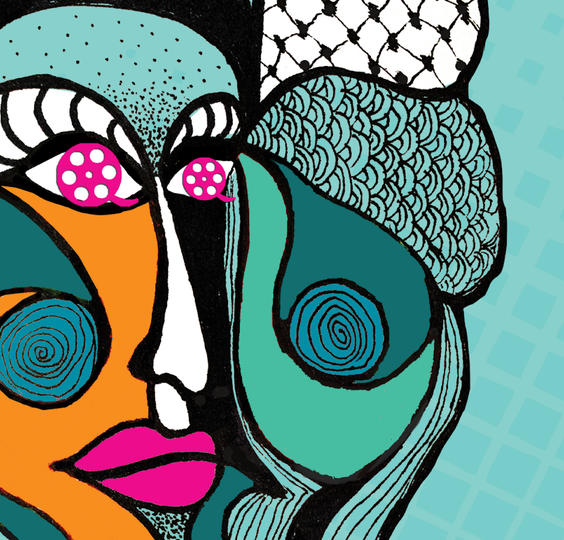 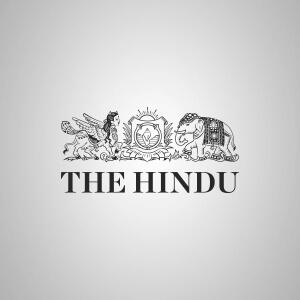 Film festival aims to create LGBT awareness in schools‘We want promote all-inclusive education so that the community does not feel isolated or unwanted’www.thehindu.com 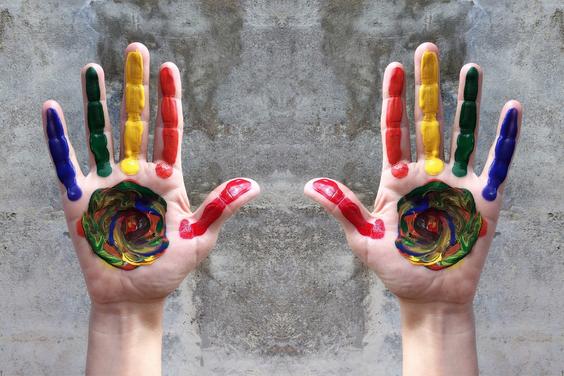 Why LGBT propaganda should not be promoted in Indian schoolsThe movies on homosexual relationships is not the worst of LGBT propaganda that have been broadcast to children. – OpIndia Newswww.opindia.comShareEmoji

First Ever Openly LGBT K-Pop Band Releases Debut Single ‘Show Me Your Pride’ – Star ObserverAll members of the new K-Pop group Lionesses openly identify as part of the LGBTQI community and on November 1 they released their first song ‘Show me your Pride’.www.starobserver.com.au 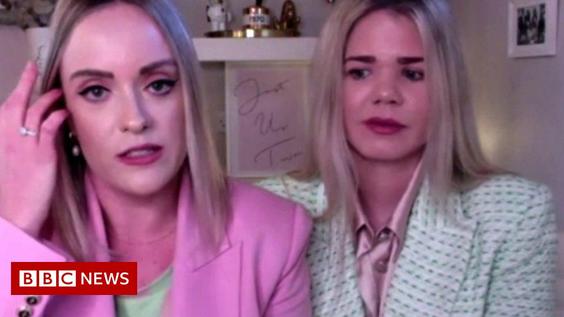 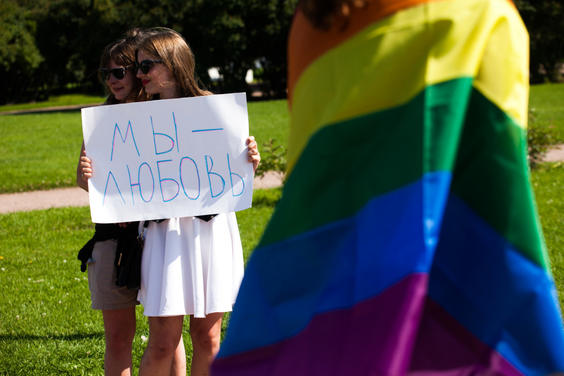 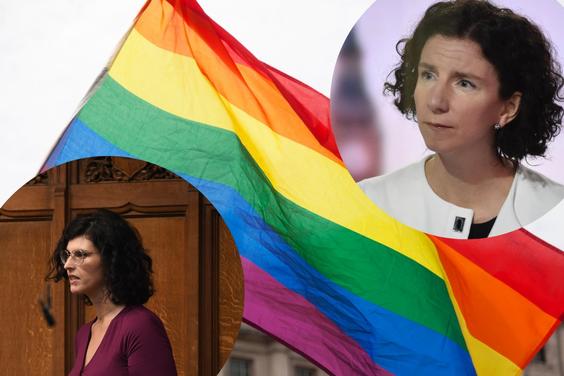 Furthermore, LGBT propaganda is not limited to homosexual relationships alone. In fact, LGBT politics runs hand in hand with the toxic ideology of gender identity politics. Gender Identity overlords believe that biological sex is a myth, that there are an infinite number of genders and that gender is a social construct. These are not just scientifically incorrect but dangerous ideas. It is utterly ridiculous to claim that gender does not have a firm basis in biology.

Nonetheless, LGBT activists want children to learn that ‘gender is fluid’ and if a boy claims to be a girl, then he deserves to be treated as a girl by everyone else around them and anything short of that is bigotry. The natural consequence of this is the fact that there have been quite a few horror stories where biological men were placed in female prisons and then went on to rape the female inmates. There was also the case of Jessica Yaniv who threatened to sue women because the women were not comfortable with waxing Yaniv’s male genitalia.

Why LGBT propaganda should not be promoted in Indian schoolsThe movies on homosexual relationships is not the worst of LGBT propaganda that have been broadcast to children. – OpIndia Newswww.opindia.com

THIS DAY IN LGBT HISTORY – NOVEMBER 9 | Ronni Sanlohttps://ronnisanlo.com › this-day-in-lgbt-history-novem…Nov. 9, 2019 — 1947 – Kate Clinton (born November 9, 1947) is an American comedian specializing in political commentary from a gay/lesbian point of view. She …