1871, India – The Criminal Tribes Act, which defines certain social communities as “addicted to the systematic commission of non-bailable offences,” comes into effect. One of these “criminal tribes” is the Hijra, a term referring to several identities within the transgender spectrum across South Asia. After independence from Britain rule, the Hijara were no longer officially criminalized.

The Chrysler Corporation introduces high fidelity record players for their 1956 line-up of cars. The unit measured about four inches high and less than a foot wide and mounted under the instrument panel. The seven inch discs spun at 16 2/3 rpm and required almost three times the number of grooves per inch as an LP. A set of 35 classical recordings were available that provided between 45 and 60 minutes of uninterrupted music. The players would be discontinued in 1961.

A motion picture called Don’t Knock The Rock, featuring Little Richard and Bill Haley And His Comets, opens in US theatres. The movie tells the story of a disc jockey, Alan Freed, who tries to prove to teenagers’ parents that Rock ‘n’ Roll is harmless and won’t turn their kids into juvenile delinquents.

On tour in Sydney, Australia, Little Richard denounces Rock ‘n’ Roll, saying “If you want to live for the Lord, you can’t take Rock and Roll too. God doesn’t like it.” When his sax player, Clifford Burks, dares Richard to prove his “faith in God,” Little Richard tosses four diamond rings, valued at $8,000, into Sydney’s Hunter River and soon after launches a Gospel career. Five years later, he would switch back to Rock ‘n’ Roll.

Johnny Mathis topped the Cashbox Best Sellers chart with “Chances Are”, a song that currently sat at #7 on Billboard’s Most Played By Disc Jockeys chart. The record would go on to sell over two million copies and was inducted into the Grammy Hall of Fame in 1998.

1957 – Debra Chasnoff (October 12, 1957 – November 7, 2017) was a documentary filmmaker and activist whose films address progressive social justice issues. Her production company GroundSpark produces and distributes films, educational resources and campaigns on issues ranging from environmental concerns to affordable housing to preventing prejudice. Chasnoff had been a member and owner of the film distribution company New Day Films since 1996 and has served as Chair of New Day’s Steering Committee twice. Chasnoff’s organization Groundspark has produced several films as a part of its Respect for All Project. The series includes the following films, all directed and produced by Chasnoff: Straightlaced—How Gender’s Got Us All Tied Up, It’s Elementary—Talking About Gay Issues in School, It’s STILL Elementary, Let’s Get Real, and That’s a Family! It’s Elementary—Talking About Gay Issues in School(1996) illuminate how all young people are affected by anti-gay stigma, and have helped schools all over the world address anti-gay prejudice in the classroom. Chasnoff was married to Nancy Otto who works as a glass blowing artist and a non-profit fundraising consultant.

The Beatles, still just an up and coming local group, open for one of their idols, Little Richard at a concert at New Brighton Towne, Liverpool.   Although Richard apparently found John and George to be “rude,” he was quite taken with Paul, reportedly to the point of trying to seduce him.

The LP “Cheap Thrills” by Big Brother And The Holding Company hit #1 on the Billboard album chart for the first of eight non-consecutive weeks. It would prove to be the most successful LP of the year, selling over a million copies. The cover, drawn by underground cartoonist Robert Crumb, replaced the band’s original idea, a picture of the group naked in bed together. Crumb had originally intended his art to be the LP’s back cover, but Joplin demanded that Columbia Records use it for the front cover. Initially the album title was to have been Sex, Dope and Cheap Thrills, but this didn’t go down too well at Columbia Records.  On March 22, 2013, the album was deemed “culturally, historically, or aesthetically significant” by the US Library of Congress and was preserved into the National Recording Registry.

1971 – New York City Dept. of Consumer Affairs recommends repealing a law that prohibits homosexuals from being employed in or frequenting the city’s bars, cabarets and dance halls.

1979 – The National Coalition of Black Gays sponsored a conference in Washington DC, the first Third World Lesbian and Gay Conference in preparation for the upcoming March on Washington.

Ricky Wilson (B-52s) died of complication of AIDS at the age of 32.

1998 – Openly gay college student Matthew Shepard, 21, dies of injuries inflicted when he was beaten and tortured. Aaron McKinney and Russell Henderson rob and beat Shepard four days earlier and tie him to a split-rail fence outside of Laramie, Wyoming. The murder, for which the pair are each serving two consecutive life sentences, inspired “The Laramie Project,” a play and later film about Laramie, WY in the year after the murder Federal hate crimes legislation approved in 2009 bears Shepard’s name.

David Bowie and Prince were both new entries in the latest list of top-earning dead celebrities compiled by Forbes. Prince’s pre-tax income from 1 October 2015 to 1 October 2016 was estimated at $25m (£20.5m) by the business magazine, putting him fifth in the list. Bowie, meanwhile, was ranked at 11th for an estimated income of $10.5m (£8.5m). Both, however, are dwarfed by Michael Jackson who topped the list once again with a record-breaking estimated income of $825m (£672.8m).

the first women to walk in space was a lesbian 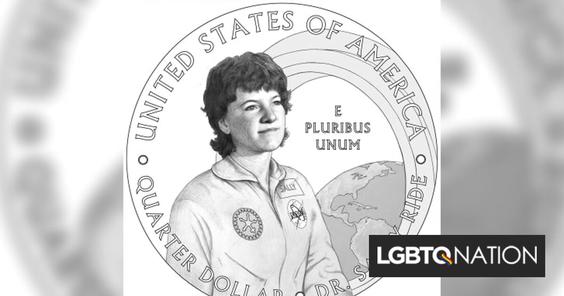 Astronaut Sally Ride will be the first out LGBTQ person on United States currency / LGBTQ NationThe coin will be available next year…www.lgbtqnation.com

“Does the kingdom of Spain have to apologise because five centuries ago it discovered the New World, respected those who were there, created universities, created prosperity, built entire cities? I don’t think so,” Mr Casado said in a video posted on Twitter.

His comments came after President Biden, in a message to mark the US Columbus Day holiday, said the explorer’s arrival had led to “a wave of devastation” for Native Americans and he urged Americans not to “bury these shameful episodes of our past”. 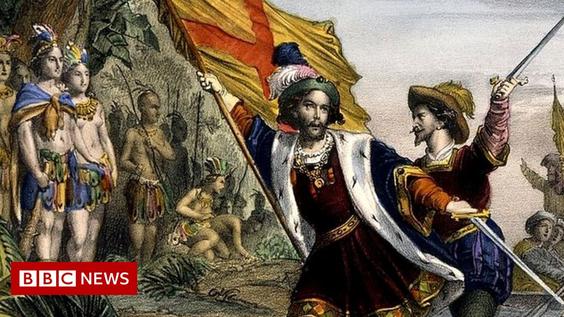 from this blog: Queer Music Oct 12

and LGBT    by Ronni Sanlo