1728: Charles Genevieve Louise Auguste Andre Timothee d’Eon, also known as the Chevalier d’Éon, was born on this day in Burgundy, France. Embodying a complicated life and legacy, d’Éon performed in drag for the country’s court ball and eventually became part of a network of spies for Louis XV — oftentimes carrying out his missions while dressed as a woman. Having lived such an extensive part of his life as a woman, over time he came to be perceived entirely through this framework. It was only after he died that it was confirmed d’Éon was, in fact, biologically male.

1940 – Althea Garrison (born October 7, 1940)is born. She is an Americanpoliticianfrom Boston, Massachusetts who was elected as a Republican to the Massachusetts House of Representatives in 1992 and served one term from 1993 to 1995. Both before and after Garrison’s successful bid for office, she ran unsuccessfully in multiple elections for the state legislature and Boston City Council, as a Republican, Democrat, or independent, which has resulted in her being described in the media as a “perennial candidate.” Garrison is also known as the first transgender or transsexual person to be elected to a state legislature in the United States.

Little Richard‘s “Keep A Knockin’, featuring the wailing sax of Grady Gaines, enters the Billboard Top 40 on its way to #8 during a twelve week chart run. It was the seventh time Richard had reached the Pop chart in the last two years.

1959 – Russell Wolden, running for mayor of San Francisco as a Democrat, accuses the incumbent of welcoming and collaborating with the city’s “sex deviates.” His tactic backfires: the city’s newspapers accuse him of irresponsible mudslinging, and he loses in the next month’s elections.

1964: Walter Jenkins, Lyndon B. Johnson’s top aide, was arrested for having sex in the men’s bathroom of his local YMCA just blocks from the White House. Married with a wife and children, Jenkins rocked both the Johnson administration and public perception with this high-visibility scandal.

1967 – The Advocate begins publication. The magazine is the oldest and largest LGBT publication in the United States and the only surviving one of its kind that was founded before the 1969 Stonewall Riots in New York City, an incident that is generally credited as the beginning of the LGBT rights movement.

Barry Manilow released the first single of his career–“Mandy”.

1976: Elton John came out as bisexual in an interview with “Rolling Stone” magazine. Though he now identifies as gay, his admission of bisexuality initially negatively impacted his career, with many fans calling him a pervert and boycotting the purchase of his albums.

He is an English singer, pianist, and composer, and has worked with lyricist Bernie Taupin as his songwriting partner since 1967; they have collaborated on more than 30 albums to date. He has received five Grammy Awards, five Brit Awards – winning two awards for Outstanding Contribution to Music and the first Brits Icon in 2013 for his “lasting impact on British culture“, an Academy Award, a Golden Globe Award, a Tony Award, a Disney Legends award, and the Kennedy Center Honors in 2004. He has been heavily involved in the fight against AIDS since the late 1980s. He  has been openly gay since 1988, entered into a civil partnership with David Furnish on 21 December 2005, and after same-sex marriage became legal in England and Wales in 2014, wed Furnish on 21 December 2014. He continues to be a champion for LGBT social movements worldwide.

Blogger Nina Notes: if he had said gay this decade, it would have been worse on his career.

The film soundtrack to ‘Grease’ featuring John Travolta and Olivia Newton-John started a 13 week run at No.1 on the UK chart and was #2 on the USA charts

1981, Canada – In Toronto, a Dykes in the Street march, sponsored by Lesbians Against the Right, becomes the first lesbian pride march in the city.

Blogger Nina Notes: the Dyke March was in the era of Take Back the Night Marches by heterosexual women, and that the pride/protest parades were gay male centric. in the current decade, trans have exiled lesbians from our own march and pride, as well as what are supposed to be the LGBTQ2 qmunity. The characteristics for which heterosexuals oppressed us are not hate crimes against trans, who cotton ceiling fetishize lesbians while offering cloths from heterosexuality.

The musical “Cats” opened at the Wintergarden Theatre. In 1997 the show became the longest running show in Broadway history.

1986 – The Los Angeles County Board of Supervisors outlaws the sale and use of “poppers” (amyl nitrate).

1987 – A US Justice Department report declared the most frequent victims of hate crimes are gays, lesbians, and bisexuals.

The Pet Shop Boys owned the top U.K. album with The Seeds of Love

“Cherish” by Madonna was the new #1 song on the Adult Contemporary chart..

1993: Annie on My Mind and All-American Boys, two books with predominately gay themes, were at the center of a public book burning in Kansas City, Missouri. The burning was initiated by a donation of the books to a large number of high schools in the area, resulting in their subsequent banning within several school districts. The novels would go on to become the subject of a First Amendment lawsuit two years later, culminating in the return of the books to school shelves.

Blogger Nina Notes: Annie on my Mind was the first novel I read knowing it was a lesbian novel.

1993 – The AFL-CIO unanimously approves a resolution to actively oppose attempts to repeal gay rights laws. The vote was held at the labor union’s biennial convention in San Francisco.

Bjorn Ulvaeus and Benny Andersson of ABBA attended the premiere of their new musical Kristina Fran Duvemala at the Storan Theatre in Malmö, Sweden.

1996 – 250 students in Elizabethtown, Pennsylvania walked out of class to protest the school board’s passage of a “pro-family” resolution which banned positive discussion of homosexuality.

1996: Following a conservative Christian majority takeover of the school board in Elizabethtown, Penn., in 1996, officials passed a “pro-family” resolution in regards to education, stating, “the traditional family is under relentless attack by those who want to redefine family to include homosexual and lesbian couples and by those who want to indoctrinate children in pro-homosexual propaganda against their parents’ wishes.” In protest, approximately 250 students simultaneously walked out of their classes on Oct. 7.

Blogger Nina notes: We were from families who often exiled us to the streets or severed family connection, and we sought to form families – chosen socially and then for legal recognition and rights equality.

Melissa Etheridge announced that she was cancelling her tour to undergo surgery and treatment for breast cancer.

Boy George of Culture Club was arrested after police found over 3.5 grams of cocaine in his New York City apartment.

Barbra Streisand surprised many music industry watchers when she topped the Billboard Hot 200 for the ninth time with her latest release, “Love Is the Answer”. The CD extended Streisand’s lead as the female act with the most chart toppers in the history of the Billboard Hot 200. Nielsen SoundScan reported the unit sold 180,000 copies during its first week of release.

2014, Kenya – Transgender activist Audrey Mbugua (born 1984) wins a landmark case against the Kenya National Examinations Council who had refused to change her name and gender marker on her academic diploma. She is a Kenyan transgender activist who has been involved in legal actions in the High Court of Kenya to fight for the rights of transgender people.

Milestones in the American Gay Rights Movement – PBShttps://www.pbs.org › americanexperience › featuresIn 1924, the first gay rights organization is founded by Henry Gerber in Chicago. … Wyoming on October 7, 1998 because of his sexual orientation. 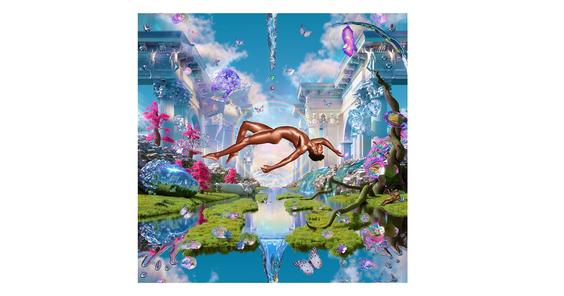 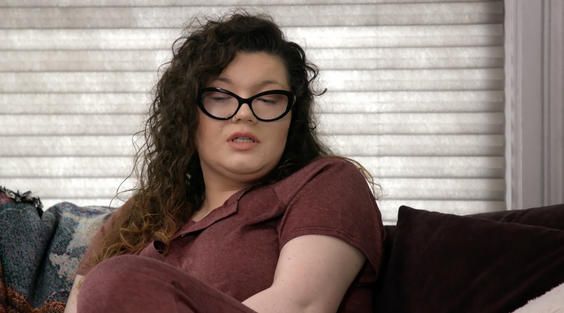 Amber Portwood Says She’s ‘Been’ Bisexual on ‘Teen Mom’ | Heavy.com“Teen Mom OG” star Amber Portwood told her mother, Tonya, she has “been” bisexual on a preview for next week’s episode.heavy.com 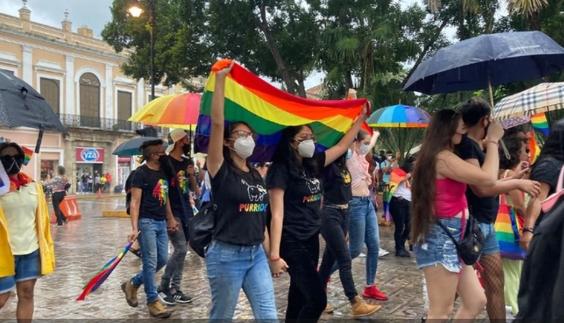 ExxonMobil Corp. and a lesbian process technician agreed to end her lawsuit alleging she was subjected to a hostile environment based on her sex and sexual orientation while working at a Joliet, Ill., refinery, federal court records show.news.bloomberglaw.com 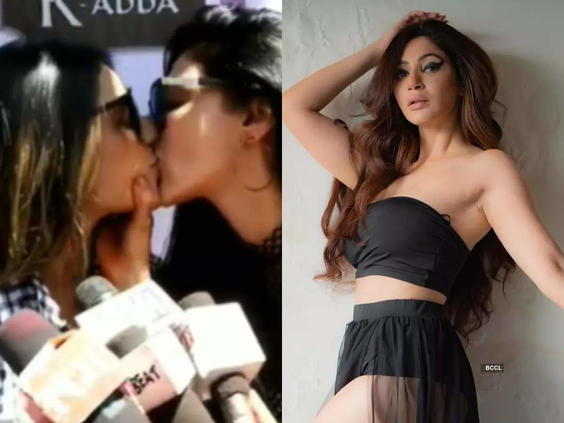 Locking lips with Nia Sharma to being called a ‘lesbian’; a look at Bigg Boss OTT fame Zeeshan Khan’s girlfriend Reyhna Pandit | The Times of IndiaKumkum Bhagya actress Reyhna Pandit recently came under the limelight by announcing her relationship with Bigg Boss OTT fame Zeeshan Khan. Here’s all you need to know about this actress, her controversies, glam looks and more.timesofindia.indiatimes.com 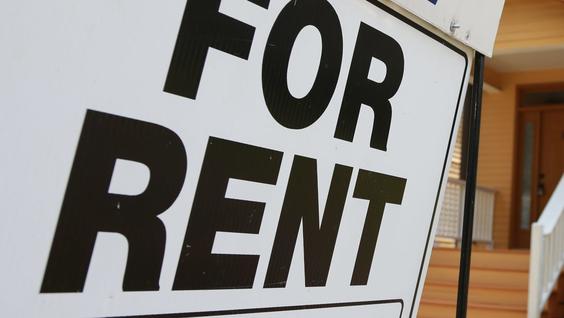 Lesbian couple wins damages after company refused rent Evansville homeA same-sex couple who were denied rental housing in Evansville because of their sexual orientation won their complaint this week against a company that says God, not government, is the final authority.www.courierpress.com

https://www.theguardian.com/tv-and-radio/2021/oct/07/hbo-nuclear-family-ry-russo-young-gay-parents‘They fought hard and all for love’: the lesbian couple who started a family in the 80s | Documentary | The GuardianIn the powerful docuseries Nuclear Family, Ry Russo-Young revisits her youth and the struggles her gay parents went through to keep their family togetherwww.theguardian.comShareEmoji 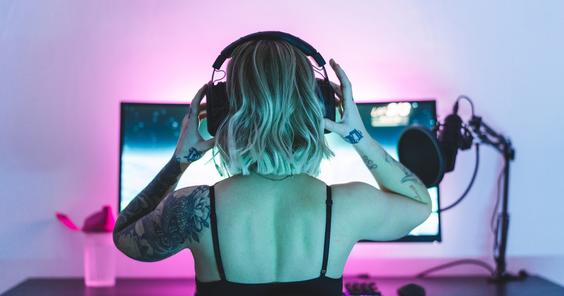 Lesbian gamers say Twitch is failing themThey’re tired of the many ways they’re harassed and undervalued on the streaming platform.www.inputmag.com 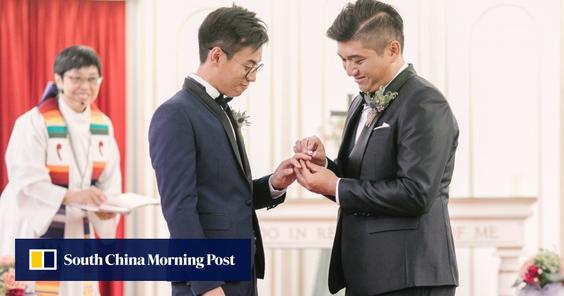 Gay Hong Kong widower withdraws after-death legal challengeHenry Li had sued the government after being denied the right to independently make arrangements for his husband, but authorities say same-sex couples have right to handle things such as funeral arrangements.www.scmp.com 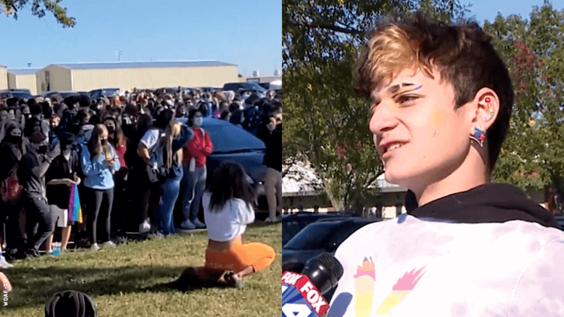 Hundreds Protest After School Suspends Bullied Gay TeenStudents at Lee’s Summit High School say administrators have failed to stop the bullying, and the victim and his friends have been punished after they tried to defend themselves.www.advocate.com 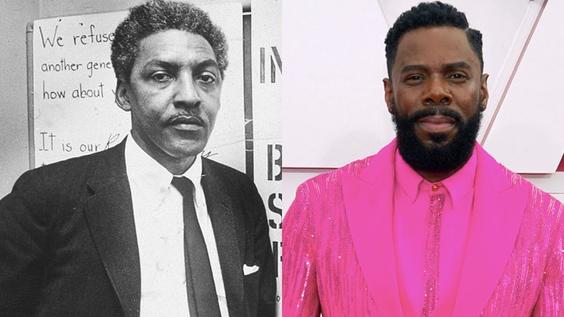 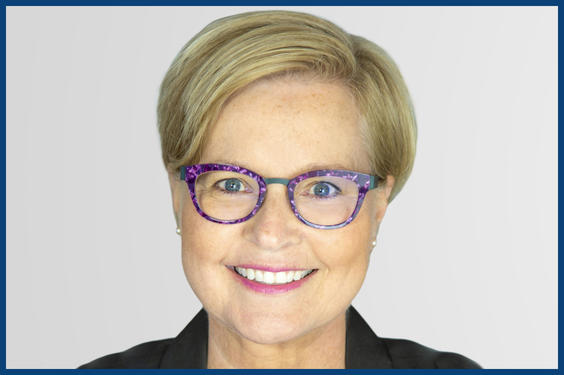 https://www.theguardian.com/world/2021/oct/07/outrage-after-gay-woman-diagnosed-at-spanish-hospital-with-homosexualityOutrage after gay woman diagnosed at Spanish hospital with ‘homosexuality’ | LGBT rights | The GuardianLGBT group complains to Murcia government after teenager was given report that included line: ‘Current illness: homosexual’