1851 – Charity Bryant (May 22, 1777– October 6, 1851) dies and is interred with her lover of 44 years, Sylvia Drake, in Weybridge Hill Cemetery, Addison County, Vermont. This couple is most strongly documented in historian Rachel Hope Cleves‘ 2014 book Charity and Sylvia: A Same-Sex Marriage in Early America. Charity was an American business owner and writer. She was a diarist and wrote acrostic poetry. Because there is extensive documentation for the shared lives of Bryant and her partner, Sylvia Drake, their diaries, letters and business papers have become an important part of the archive in documenting the history of same-sex couples.

The Moulin Rouge in Paris opened its doors to the public for the first time. The cabaret is best known as the birthplace of the modern form of the can-can dance.

1928 – The New York Timesreported that George Bernard Shaw and H.G. Wells had protested the seizure of the lesbian novel by Radfclyffe Hall, The Well of Loneliness, by English customs agents. The novel had been published in France and was being imported into England.

1963 –Judy Garland sings with Barbra Streisand on Judy’s variety show. It is their one and only performance together. Neither are lesbian but both are gay icons.

1968: A group of 12 people congregated for the first meeting of the Metropolitan Community Church in Huntington Park, California. Founded by Rev. Troy Perry, who held the first meeting in his living room, the religious organization centralizes its ministry efforts around the LGBT community.

During sessions at RCA Studios, New York City, David Bowie recorded ‘The Jean Genie’, which became the lead single from his 1973 album Aladdin Sane. The track spent 13 weeks in the UK charts, peaking at No.2, making it Bowie’s biggest hit to date. The line “He’s so simple minded, he can’t drive his module” would later give the band Simple Minds their name.

1972 – Antonio Molina (c. 1939–1991)and William “Billie” Ert (c. 1942–1976)marry in Houston. Ert, a drag queen, and Molina, a shipping clerk, received the license through having Ert dress in drag; the county clerk’s office did not ask for their genders and issued them a marriage license, which they used to marry one day later. At that time, homosexuality was illegal in Texas. Although it was later declared null and void by the Texas Attorney General after a long legal battle, the union made international headlines and became a media sensation. The failed lawsuit sparked Texas legislation that specifically defined marriage as between a man and a woman, which it had not yet done, and was seen as a large setback for LGBT rights in the United States. After the wedding, Ert was fired from his job as a wig salesman, but continued to perform full-time as Mr. Vikki Carr in local nightclubs. The media storm prompted the real Vikki Carr to meet Ert and Molina on CBS in Houston in November 1972, with Ert in drag.

Cher started a two week run at No.1 on the US singles chart with ‘Half-Breed’, the singers second US No.1. The single didn’t chart in the UK.

Barry Manilow played a benefit concert at the Royal Albert Hall in London, attended by Prince Charles and Princess Diana.

on the usa charts at 5 Cyndi Lauper was on her way down with “She Bop” and at 8  Madonna’s “Lucky Star”   Another note:  the debut album from Madonna reached the Top 10 for the first time–in its 58th week of release.

1989, Mexico – The Permanent Revolution Circle ZYANYA of Lesbian Feminists organizes this first three-day forum at the School of Economics at the National Autonomous University of Mexico.

1989 – In reaction to a small, peaceful protest against federal neglect of people with AIDS, 200 San Francisco police officers rioted in the Castro neighborhood, beating protesters and passersby, sweeping seven city blocks of all pedestrians, and placing thousands in homes and business under house arrest for the duration.

George Michael’s masterpiece Listen Without Prejudice moved from 22 to 5.

1997 – Annie Proulx’s short story Brokeback Mountain is published in this week’s issue of The New Yorker. The story, later turned into a hit movie, depicts the complex romantic and sexual relationship between two men in the American West from 1963 to 1981. In 2007, the composer Charles Wuorinen approached Proulx with the idea of turning her short story “Brokeback Mountain” into an opera. The opera of the same name with a libretto by Proulx herself premiered January 28, 2014 at the Teatro Real in Madrid, to mixed reviews.

1997 – The US Supreme Court refused to hear a case filed by Sandy Nelson, a reporter who was demoted because she refused to stop her off-duty campaigning in support of a gay rights initiative in Washington. The Washington Supreme Court had ruled that a law barring discrimination in employment for political views did not apply to newspapers.

1998: Matthew Shepard was tragically attacked, pistol whipped, tied to a fence and left to die. He would later succumb to his injuries in a Ft. Collins, Colorado hospital. He would die of his injuries at a hospital in Ft Collins, Colorado on Oct. 12th. Perpetrators Aaron McKinney and Russell Henderson were arrested shortly after the attack and charged with first degree murder following Shepard’s death. Significant media coverage was given to the killing and what role Shepard’s sexual orientation might have played as a motive in the commission of the crime. The prosecutor argued that McKinney’s murder of Shepard was premeditated and driven by greed. McKinney’s defense counsel countered that he had only intended to rob Shepard, but had killed him in a rage when Shepard made a sexual advance towards him. McKinney’s girlfriend told police that he had been motivated by anti-gay sentiment, but later recanted her statement, saying that she had lied because she thought it would help him. Both McKinney and Henderson were convicted of the murder and each sentenced to two consecutive life sentences.

For details on the Matthew Shepard story as a whole visit here.

1998 – The Ford Foundation gave a $100,000 grant to the United Fellowship of Metropolitan Community Churches for its programs targeting at-risk gay and lesbian youth.

1999 – Donna Brazile (born December 15, 1959), an out lesbian, becomes Al Gore’s campaign manager. She is an American author and political analyst. She is a member of the Democratic Party, briefly serving as the interim chairperson for the Democratic National Committee in spring 2011, and assumed that role again in July 2016, until February 2017. She was the first African American to direct a major presidential campaign, acting as campaign manager for Al Gore in 2000. She has also worked on several presidential campaigns for Democratic candidates, including Jesse Jackson and Walter Mondale–Geraldine Ferraro in 1984, and for Dick Gephardt in the 1988 Democratic primary. In 1999, The New York Times Magazine described Brazile as an LGBT activist who served on the board of the Millennium March on Washington. The magazine said she is “highly protective of her privacy” and called her “openly ambiguous” about her sexual orientation. Brazile is described as “openly lesbian” in the 2002 book Gay and Lesbian Americans and Political Participation: A Reference Handbook.

Queen’s groundbreaking promo for their 1975 hit Bohemian Rhapsody was named the UK’s best music video in a survey of music fans. Out of 1,051 adults polled by O2, 30% named the six-minute video, (which took only three hours to shoot and cost a mere £3,500 to make), their favourite.

The cast of TV’s “Glee” surpassed the Beatles for most appearances on the Billboard Hot 100 by a non-solo act, placing 75 songs to the Beatles’ 71

2014:  The Supreme Court refuses to hear appeals on seven of the petitions arising from challenges to state bans on same-sex marriage. That means that meant that the lower-court decisions striking down bans in Indiana, Wisconsin, Utah, Oklahoma, and Virginia should go into effect, clearing the way for same-sex marriages in those states and any other state with similar bans in those circuits. 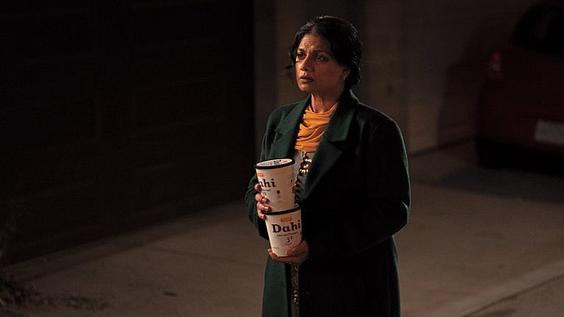 In a comedy about queer South Asian identity, a yogurt pot can be more than a pot of yogurt – Macleans.caBilal Baig, star and creator of ‘Sort Of’ on CBC/HBO Max, breaks down a pivotal moment in the comedy series about belonging 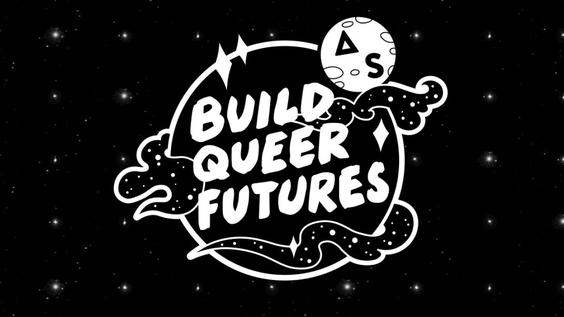 Calling All Believers: Autostraddle Is Fundraising for the Queer and Not-Too-Distant Future! – AutostraddleWe have a Gay Agenda to fulfill! And we can only do it with your help! Also, do not miss these perks! We’re not kidding.www.autostraddle.com 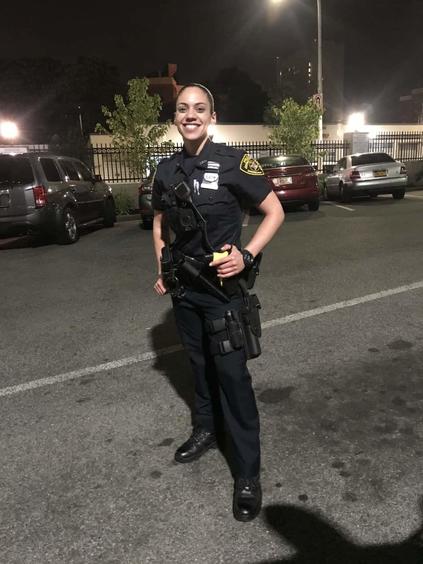 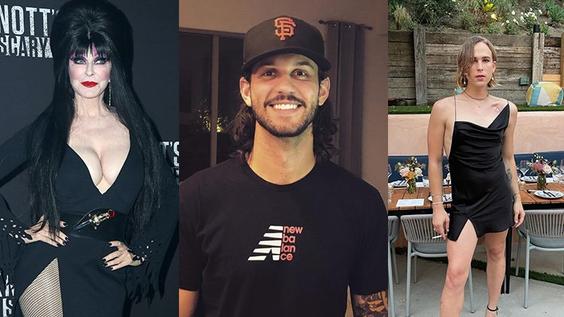 These 41 Celebrities Came Out in 2021 (So Far)Elvira, JoJo Siwa, Colton Underwood, and so many more!www.pride.com 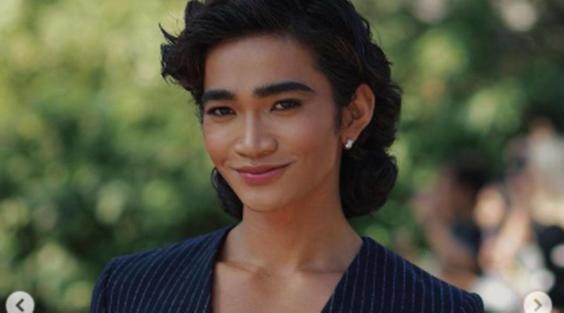 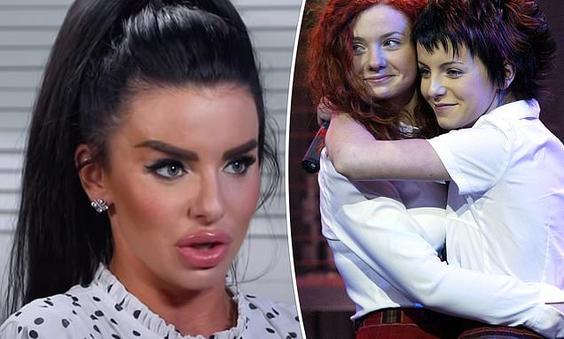 people who flip through words as if casual labels…. instead of lived experience 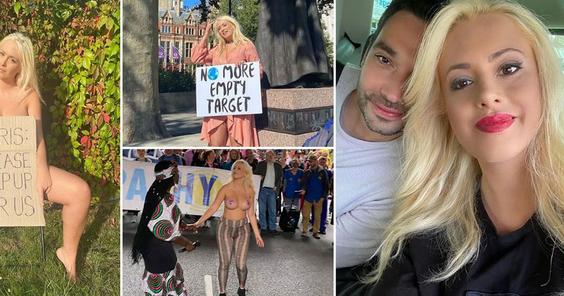 Topless XR protester ‘might be lesbian’ after split with ‘supportive’ boyfriend – Daily StarLaura Amherst has broken up with her long-term boyfriend after coming to the realisation that she ‘might be a lesbian’ because she just ‘doesn’t get turned on by men anymore’www.dailystar.co.uk 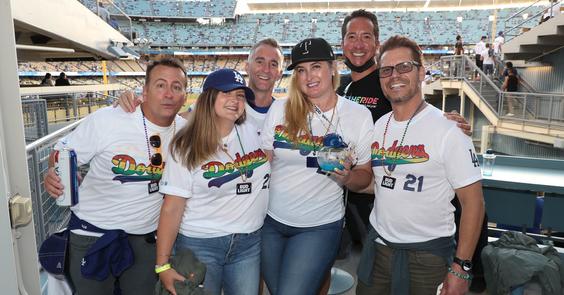 The 10 MLB Playoff teams as ranked by LGBTQ Pride swag – OutsportsSurprise! The Giants are going to do really well on this list.www.outsports.com 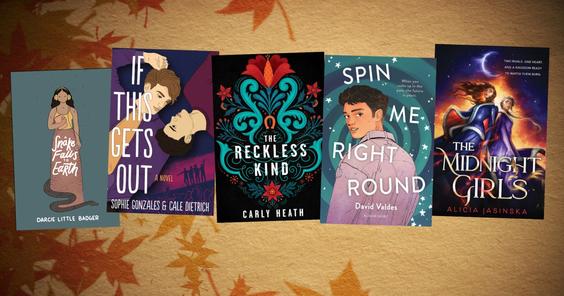 16 LGBTQIA YA Novels To Devour This FallGrab yourself a pumpkin spice latte and get ready for thrills, chills, secrets, and a whole lot of feelings.www.buzzfeed.com 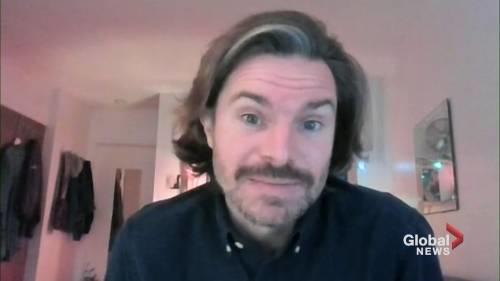 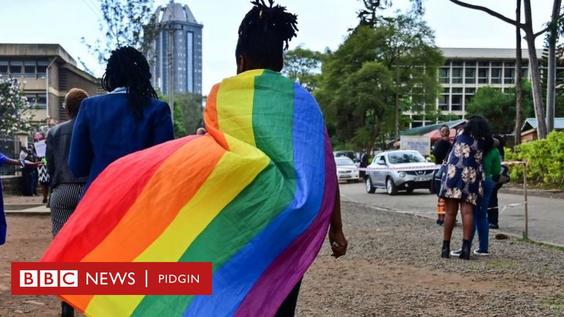