The Victor Talking Machine Company was incorporated. After a merger with Radio Corporation of America, RCA-Victor became the industry leader in phonographs and many of the records played on them.

1961 – In Hollywood, the Motion Picture Producers and Distributors of America (MPPDA) announces a revision of its production code. “In keeping with the culture, the mores and the values of our time,” the revision advises, “homosexuality and other sexual aberrations may now be treated with care, discretion and restraint.” The new ruling paves the way for the release of films like The Children’sHour and Advise and Consent, but the MPPDA later amends the revision to specify that “sexual aberration” may be “suggested but not actually spelled out.”

on the USA LP Charts, at 8 and 9: Funny Girl from Barbra Streisand, Hello, Dolly! by Louis Armstrong

1970 Bisexual singer Janis Joplin (January 19, 1943 – October 4, 1970)–listened to the instrumental track for “Buried Alive In The Blues” at Sunset Studios, intending to record the vocal for her album Pearl on October 5 – dies. She was an American rock, soul and blues singer and songwriter, and one of the most successful and widely-known female rock stars of her era.After releasing three albums, she died of a heroin overdose at the age of 27. A fourth album, Pearl, was released in January 1971, just over three months after her death. It reached number one on the Billboard charts.Joplin, highly respected for her charismatic performing ability, was posthumously inducted into the Rock and Roll Hall of Fame in 1995. Audiences and critics alike referred to her stage presence as “electric”.She remains one of the top-selling musicians in the United States, with Recording Industry Association of America certifications of 15.5 million albums sold.The film The Rose (1979) is loosely based on Joplin’s life. Originally planned to be titled Pearl—Joplin’s nickname and the title of her last album—the film was fictionalized after her family declined to allow the producers the rights to her story.Bette Midler earned a nomination for the Academy Award for Best Actress for her performance in the film.

1973: Dr. Howard Brown, former New York City Health Administrator, made history when he came out of the closet in a speech in front of 600 colleagues. He later became the director of the National Gay and Lesbian Task Force. Brown’s tenure as a gay activist proved brief. Plagued by coronary disease, he suffered a second heart attack on February 1, 1975 and died at the age of fifty. His estate published his autobiography, Familiar Faces, Hidden Lives, a book that also contains anecdotal stories of discrimination experienced by other gay men throughout America. In 1973, most Americans commonly viewed gay men as effeminate narcissists too disturbed to be respectable members of society. Brown helped change that image. The discovery that a distinguished public figure, the very epitome of respectability as a physician, could also be a homosexual gave the cause of gay liberation a tremendous boost. In 1974 an alternative health center, specializing in sexually transmitted diseases, and catering to gay men and lesbians, was opened in Chicago as the Howard Brown Memorial Clinic (now known as Howard Brown Health Center). It has since become the premier Midwest health center specializing in the medical and psychosocial needs of the lesbian, gay, bisexual, and transgender community.

1980: Conservative Republican U.S. Representative Robert Bauman was arrested for soliciting sex from a 16-year-old boy. Prior to his arrest, Bauman was a member of both the Moral Majority the American Conservative Union.  His autobiography, The Gentleman from Maryland: The Conscience of a Gay Conservative, was published in 1986.

1992 – At the fourth annual Asian Lesbian and Gay Regional Conference in Manila, delegates voted to create the Global Alliance Lesbian and Gay Asia to promote solidarity among Asian sexual minorities.

Sinead O’Connor ripped up a photograph of Pope John Paul II, on the US TV show ‘Saturday Night Live’, as a protest over sexual abuse in the Roman Catholic Church. The incident happened as Sinead ended her live performance and out of nowhere, produced a photograph of Pope John Paul II, which she ripped into pieces. There was stunned silence in the studio and the station went to a commercial. NBC was fined $2.5 million dollars by the Federal Communications Commission.

1997 – Paul Bradford Cain, a 26 year-old champion kickboxer, was sentenced to 25 years to life for the murder of gay scientist Dr. Stanley Keith Runcorn (19 November 1922 – 5 December 1995). In a statement before his sentencing, Cain claimed he was the true victim because Runcorn made a pass at him. The judge disagreed, saying to Cain “I hope you rot in hell because what you did was callous and cruel.” Runcorn was a British physicist whose paleomagneticreconstruction of the relative motions of Europe and America revived the theory of continental drift and was a major contribution to plate tectonics.

1997, Canada – An Ontario court rules that the province’s Insurance Act had to include same-sex couples in the definition of spouse.

1997, UK – Gay historian and Shakespeare scholar A. L. Rowse (4 December 1903 – 3 October 1997) dies at age 93 in southwest England. He had suffered a stroke the year before. He  was a British author and historian. Diary excerpts published in 2003 reveal that “he was an overt even rather proud homosexual in a pre-Wolfenden age, fascinated by young policemen and sailors, obsessively speculating on the sexual proclivities of everyone he meets.” His most controversial book (at the time of publication) was on the subject of human sexuality: Homosexuals In History (1977).

At a conference on domestic violence, the wife of Maryland Governor Robert Ehrlich sharply criticized how sex was marketed to teens and said “If I had an opportunity to shoot Britney Spears, I think I would.”

According to new scientific research, Queen’s ‘We Are The Champions’ was found to be the catchiest song ever written. Musicologist Dr Alisun Pawley from the University of London, England, conducted research into what makes a song memorable and compiled a list of the ten “catchiest” songs of all time. During the research, they discovered that sing-along songs contained four key elements: long and detailed musical phrases, multiple pitch changes in a song’s ‘hook’, male vocalists, and higher male voices making a noticeable vocal effort. Y.M.C.A. by the Village People, Sum 41’s Fat Lip, and Europe’s The Final Countdown were also in the list.

2012: Orlando Cruz became the first out gay professional boxer when USA Today broke the news of the athlete coming out. He said in a statement: “I’ve been fighting for more than 24 years and as I continue my ascendant career, I want to be true to myself. I want to try to be the best role model I can be for kids who might look into boxing as a sport and a professional career. I have and will always be a proud Puerto Rican. I have always been and always will be a proud gay man.” 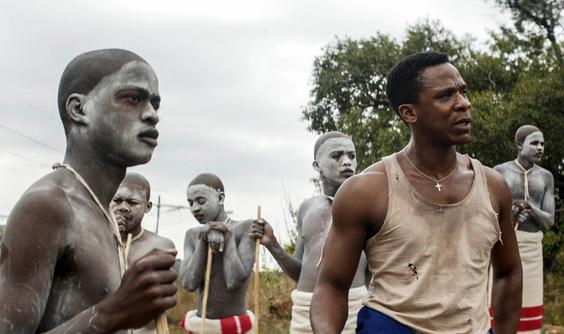 Art’s part in being African and queer – The Mail & GuardianCultural productions give voice to what’s hidden, marginalised and often illegalmg.co.za 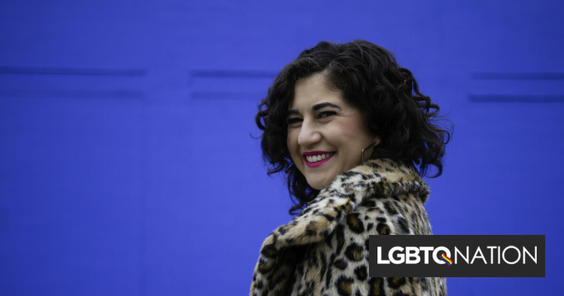 stop bashing on lesbians and gays 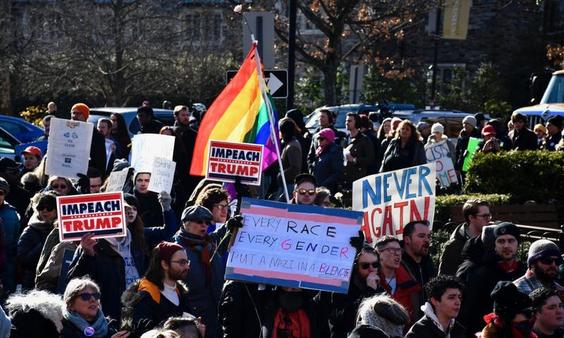 Princeton’s queer community is often biphobic and transphobic. Where do we go from here? – The Princetonian“In spaces that are markedly progressive and accepting, gatekeeping of queerness is unacceptable. As Princeton students — whether queer or allies — we must foster a safe and accepting community for people of all identities, rather than contributing to the self-doubt and isolation one already often experiences as part of the LGBTQIA+ community.”www.dailyprincetonian.com

What the remastered queer film classic ‘Working Girls’ can teach us about sex work todayThe timely re-release of ‘Working Girls’ by Lizzie Borden brings sex work into the public eye as activists in Canada prepare for another Supreme Court challenge to laws criminalizing commercial sex.theconversation.com 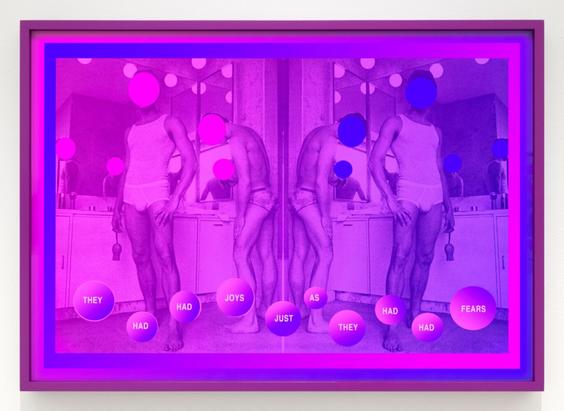 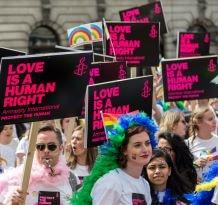 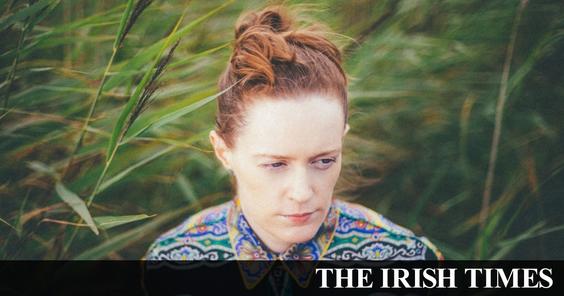 Elaine Mai: ‘I wanted that sense of belonging with other queer people’The Mayo musician on her 10-year journey from lonely teenager to perfectionist performerwww.irishtimes.com 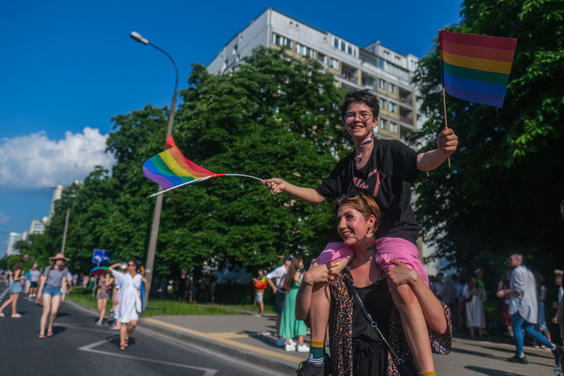