1857, UK – The word gay, which appears in a pictured cartoon in Punch magazine, is used to refer to prostitution. It arrived in English during the 12th century from Old French gai, most likely deriving ultimately from a Germanicsource. In English, the word’s primary meaning was “joyful”, “carefree”, “bright” and “showy”, and the word was very commonly used with this meaning in speech and literature. For example, the optimistic 1890s are still often referred to as the Gay Nineties. The title of the 1938 French ballet Gaîté Parisienne (“Parisian Gaiety”), which became the 1941 Warner Brothers movie, The Gay Parisian,also illustrates this connotation. It was apparently not until the 20th century that the word was used to mean specifically “homosexual,” although it had earlier acquired sexual connotations.The word may have started to acquire associations of immorality as early as the 14th century, but had certainly acquired them by the 17th. By the late 17th century it had acquired the specific meaning of “addicted to pleasures and dissipations”,an extension of its primary meaning of “carefree” implying “uninhibited by moral constraints”. A gay woman was a prostitute, a gay man a womanizer, and a gay house a brothel.The use of gay to mean “homosexual” was often an extension of its application to prostitution: a gay boy was a young man or boy serving male clients.Similarly, a gay cat was a young male apprenticed to an older hobo, commonly exchanging sex and other services for protection and tutelage.The application to homosexuality was also an extension of the word’s sexualized connotation of “carefree and uninhibited”, which implied a willingness to disregard conventional or respectable sexual mores. Such usage, documented as early as the 1920s, was likely present before the 20th century,although it was initially more commonly used to imply heterosexually unconstrained lifestyles, as in the once-common phrase “gay Lothario.” A passage from Gertrude Stein‘s Miss Furr & Miss Skeene (1922) is possibly the first traceable published use of the word to refer to a homosexual relationship. Bringing Up Baby (1938) was the first film to use the word gay in apparent reference to homosexuality. By the mid-20th century, gay was well established in reference to hedonistic and uninhibited lifestylesand its antonym straight, which had long had connotations of seriousness, respectability, and conventionality, had now acquired specific connotations of heterosexuality.In the case of gay, other connotations of frivolousness and showiness in dress (“gay apparel”) led to association with camp and effeminacy. This association no doubt helped the gradual narrowing in scope of the term towards its current dominant meaning, which was at first confined to subcultures. Gay was the preferred term since other terms, such as queer, were felt to be derogatory. Homosexual is perceived as excessively clinical, since the sexual orientation now commonly referred to as “homosexuality” was at that time a mental illness diagnosis in the Diagnostic and Statistical Manual of Mental Disorders (DSM). The sixties marked the transition in the predominant meaning of the word gayfrom that of “carefree” to the current “homosexual”.

1889 – Film star Maurice Chevalier (September 12, 1888 – January 1, 1972) is born in Paris. He was a French actor, cabaret singer and entertainer. His trademark attire was a boater hat, which he always wore on stage with a tuxedo. He was in a long-term relationship with his valet, Felix Paquet.

1946 – Minnie Bruce Pratt (born September 12, 1946 in Selma, Alabama) is anAmericaneducator, activist and essayist. She is a professor of Writing and Women’s Studies at Syracuse University in Syracuse, New York, where she was invited to help develop the university’s first Lesbian/Gay/Bisexual/Transgender Study Program. In 1977, Pratt helped found WomonWrites, a Southeastern lesbian writers conference. Pratt lives in Syracuse, New York. She is the widow of author and activist Leslie Feinberg, who died in November 2014. Feinberg and Pratt married in New York and Massachusetts in 2011.

1964 – Chip Kidd (born September 12, 1964) is born. He is an author, editor, and graphic designer, and is s best known for the iconic covers of the novels Jurassic Park and Batman: Black and White.

“Lola,” the Kinks song about transvestism, enters the Billboard Top 40 where it stays for 12 weeks.

Anne Murray made it three weeks at #1 on the Easy Listening chart with her first hit “Snowbird”.

Gary Numan had the #1 song in the U.K. with “Cars”.  He was followed by Cliff Richard and “We Don’t Talk Anymore”, the Crusaders with “Street Life”, ELO’s “Don’t Bring Me Down” and Dollar with “Love’s Gotta’ Hold On Me”.

Reacting to the departure of Johnny Marr earlier in the month, Morrissey left the Smiths to pursue a solo career.

Olivia Newton-John joined Neil Finn of Split Enz and Crowded House and Daniel Johns of Silverchair in a PETA protest against the ritual torture of elephants in Thailand.

The Pet Shop Boys performed a soundtrack composed for the Russian movie Battleship Potemkin in Trafalgar Square in London.

2017 – Edie Windsor (June 20, 1929 – September 12, 2017) dies. She was an LGBT rightsactivist and a former technology manager at IBM. She was the lead plaintiff in the Supreme Court case United States v. Windsor, which successfully overturned Section 3 of the Defense of Marriage Act and was considered a landmark legal victory for the same-sex marriage movement in the United States. Windsor met Thea Spyer, a psychologist, in 1963 at Portofino, a restaurant in Greenwich Village. In 1967, Spyer asked Windsor to marry, although it was not yet legal anywhere in the United States. In 1977, Spyer was diagnosed with progressive multiple sclerosis. The disease caused a gradual, but ever-increasing paralysis. Windsor used her early retirement to become a full-time caregiver for Spyer. Windsor and Spyer entered a domestic partnership in New York City in 1993. Registering on the first available day, they were issued certificate number eighty. Spyer suffered a heart attack in 2002 and was diagnosed with aortic stenosis. In 2007, her doctors told her she had less than a year to live. New York had not yet legalized same-sex marriage, so the couple married in Toronto, Canada on May 22, 2007, with Canada’s first openly gay judge, Justice Harvey Brownstonepresiding. An announcement of their wedding was published in the New York Times. Spyer died from complications related to her heart condition on February 5, 2009. On September 26, 2016, Windsor married Judith Kasen at New York City Hall. At the time of the wedding, Windsor was age 87 and Kasen was age 51. Her courage granted same-sex married couples federal recognition of our marriages and removed remaining state barriers to marriage equality. Edie led her fight with dignity and grace and those of us who are beneficiaries of her fight are forever touched by her and left with a little hole in our hearts. United States v. Windsor, 570 U.S. ___ (2013) (Docket No. 12-307), is a landmark civil rights case in which the United States Supreme Court held that restricting U.S. federal interpretation of “marriage” and “spouse” to apply only to opposite-sex unions, by Section 3 of the Defense of Marriage Act (DOMA), is unconstitutional under the Due Process Clauseof the Fifth Amendment. In the majority opinion, Justice Anthony Kennedy wrote: “The federal statute is invalid, for no legitimate purpose overcomes the purpose and effect to disparage and to injure those whom the State, by its marriage laws, sought to protect in personhood and dignity.” 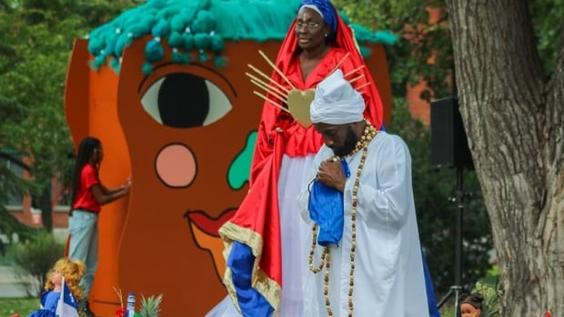 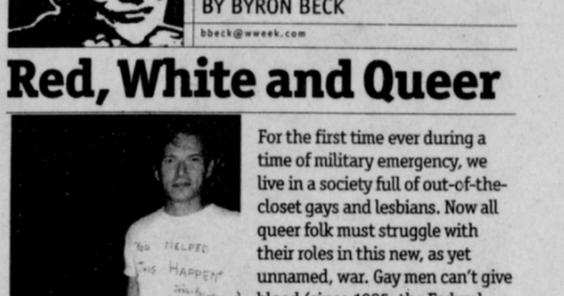 From the Archives: Red, White and Queerwww.wweek.com 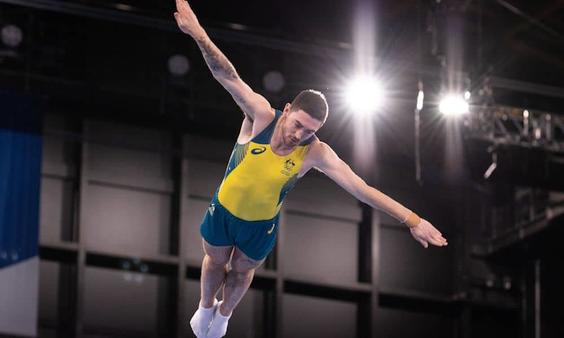 Gay Olympic hero shares ‘isolating, embarrassing’ story to inspire queer kidsGay Olympic gymnast Dominic Clarke has opened up about his struggle to come out as an athlete: “It was isolating and embarrassing.”www.pinknews.co.uk 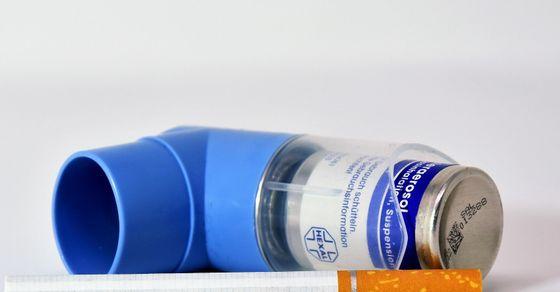 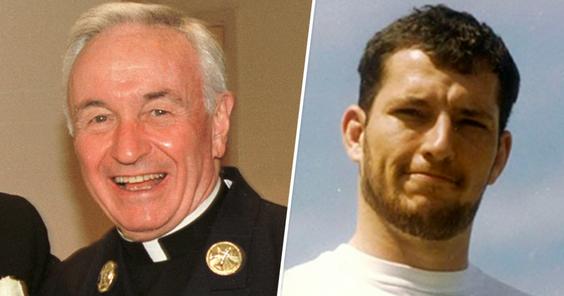 ‘Saint of 9/11’ and ‘Hero of Flight 93’: They lived very different lives but share a legacy in deathTwo gay men, Mark Bingham and the Rev. Mychal Judge, are remembered as heroes for their acts on Sept. 11, 2001.www.nbcnews.com 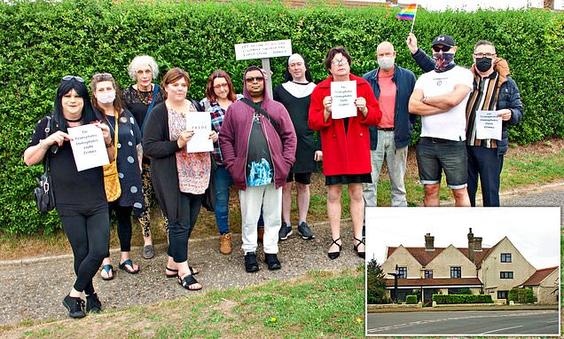 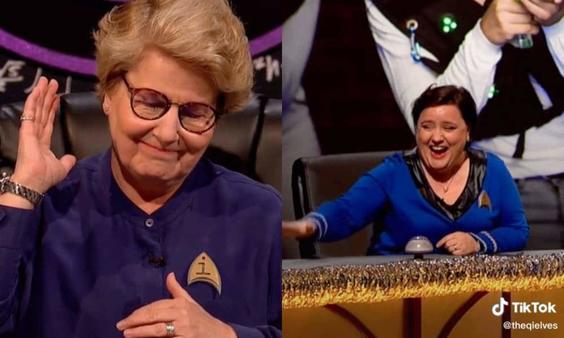 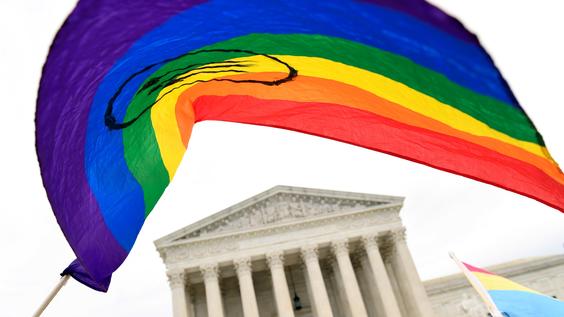 Opinion: Pass Equality Act, give LGBTQ Ohioans the future they deserveThe Equality Act would modernize and improve our nation’s civil rights laws by including explicit, permanent protections for LGBTQ people.www.cincinnati.com 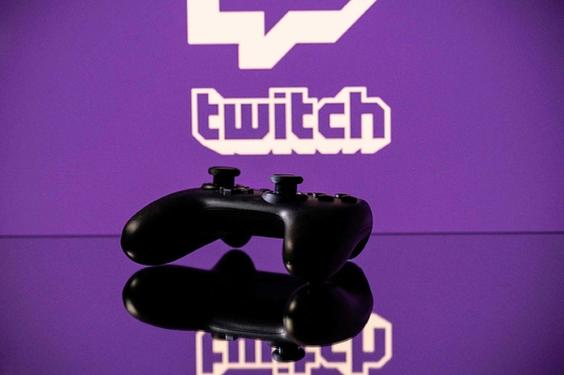 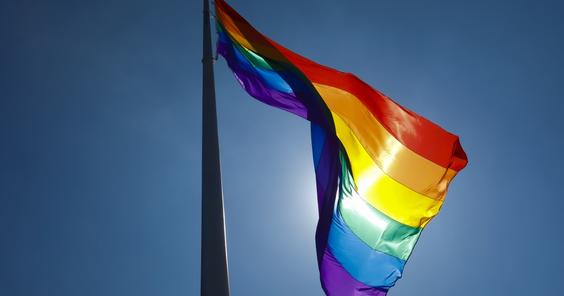 Inclusive policies, support services can help close economic gaps for LGBTQ adults – The San Diego Union-TribuneThe gap in economic inequality appears to be widening for LGBTQ adults during the pandemic; scholars and advocacy experts weigh in on whywww.sandiegouniontribune.com