430, Africa – St. Augustine of Hippo (November 13, 354 – August 28, 430) dies. He was an early Christian theologian and philosopher whose writings influenced the development of Western Christianity and Western philosophy. He was the bishop of Hippo Regius in north Africa and is viewed as one of the most important Fathers in Western Christianity for his writings in the Patristic Era. Among his most important works are The City of God and Confessions. Some of his writings in “Confessions” reveal his attraction to the same-sex.

1603, Italy – During a trial in which Italian painter Caravaggio (September 29, 1571 – July 18, 1610) was charged with libel when Baglione testified that he had a male lover. Baglione’s painting of “Divine Love” has also been seen as a visual accusation of sodomy against Caravaggio. Caravaggio was an Italian painter active in Rome, Naples, Malta, and Sicily between 1592 (1595?) and 1610. His paintings combine a realistic observation of the human state, both physical and emotional, with a dramatic use of lighting, and they had a formative influence on Baroque painting. Since the 1970s both art scholars and historians have debated the inferences of homoeroticism in Caravaggio’s works as a way to better understand the man.

1825, Germany – Karl Heinrich Ulrichs (28 August 1825 – 14 July 1895), German jurist and activist, was born in Aurich, Germany. He would become one of the earliest activists in Germany to attempt to abolish the German sodomy law. In 1862, Ulrichs, a lawyer, theologian, and pioneer of the modern gay rights movement, described his own homosexuality as anima muliebris virili corpore inclusa – a female psyche confined in a male body. “I may have a beard, and manly limbs and body,” he writes in Latin “yet confined by these, I am and remain a woman”. Ulrichs’ fusion of gay and gender identities dominates discussion of transsexualism for almost a century, and it remains a widespread popular belief that trans women are gay men dressed in female clothes.

By declaration of the British Parliament, slavery was banned throughout the British Empire.

Wagner’s opera, “Lohengrin,” was performed for the first time.

1920, Germany -The first post-WWI general membership meeting of the Scientific Humanitarian Committee passes a motion to establish connections with homosexual organizations in other countries.

1921 – Nancy Kulp (August 28, 1921 – February 3, 1991), famous for her role as Miss Jane Hathaway on “The Beverly Hillbillies,” is born in Harrisburg, Pennsylvania. After the show’s cancellation, Kulp ran for state office in Pennsylvania; she lost the election. Kulp lived her life completely in the closet. Her lesbianism was not publicly acknowledged until after her death from cancer in Palm Springs on February 3, 1991. After her retirement from acting and teaching, she moved first to a farm in Connecticut and later to Palm Springs, California, where she became involved in several charity organizations, including the Humane Society of the Desert, the Desert Theatre League, and United Cerebral Palsy.[6] Later in life, Kulp indicated to author Boze Hadleigh in a 1989 interview that she was a lesbian. “As long as you reproduce my reply word for word, and the question, you may use it…. I’d appreciate it if you’d let me phrase the question. There is more than one way. Here’s how I would ask it: ‘Do you think that opposites attract?’ My own reply would be that I’m the other sort – I find that birds of a feather flock together. That answers your question.”

1957 – Gender-bending lesbian and Jewish folk/punk singer/songwriter Phranc (August 28, 1957) is born. Phranc is the stage name of Susan Gottlieb. Phranc began her performing career in the late 1970s and early 1980s punk scene in Los Angeles. She had a bleached blonde crewcut and wore male attire, creating an androgynous persona for her first band, Nervous Gender, which formed in 1978. She lives in Santa Monica, California with her partner and children.

U.S. Senator Strom Thurmond of South Carolina began a 24-hour and 18-minute non-stop filibuster – the longest ever by a lone senator – in an unsuccessful attempt to derail passage of the Civil Rights Act of 1957.

1963 – The March on Washington for Jobs and Freedom takes place. Rev. Martin Luther King, Jr. gives his “I have a Dream” speech. Openly gay Bayard Rustin (March 17, 1912 – August 24, 1987) was the march’s prime organizer, gathered at the Lincoln Memorial to hear songs by Mahalia Jackson, Joan Baez and Peter, Paul & Mary. The climax of the event was the Rev. Dr. Martin Luther King, Jr. giving what became known as his “I have a dream” speech.

1965 – Keith Boykin (born August 28, 1965), African-American activist and author, is born in St. Louis, Missouri. As if a forecast of his future activism, his birthday and Dr. Martin Luther King’s “I have a Dream Speech” share the same day. Working in the Clinton Administration, Boykin held the positions of Special Assistant to the President and Director of News Analysis, and Director of Specialty Media. In 2001, Boykin founded the National Black Justice Coalition, the largest African-American GLBT rights organization in America. Boykin has authored several books: “One More River to Cross: Black and Gay in America” (1996), “Respecting the Soul: Daily Reflections for Black Lesbians and Gays” (1999), and “Beyond the Down Low: Sex, Lies, and Denial in Black America” (2005).

1970 – Police in New York force their way into The Haven, a private, unisex non-alcohol gay club. It was the third of four raids on the club that would take place in a two-week period. Six were arrested, detained overnight, and released the next morning. Between these and other raids, over 300 homosexuals were arrested during the month of August. There were also cases of threats and harassment. New York City was sued for false arrest and harassment in three of the cases. All other cases were dismissed.

1970 – The Gay Liberation Front, Radicalesbians, and other gay activists hold a protest at NYU after the campus administration cancelled a series of dances at NYU’s Weinstein Hall when they learned a gay organization was sponsoring them. After a discussion with the dean they were allowed to use the property. The dean had been called by campus police who arrived to break up the demonstration.

On August 28th, 1971, approximately one hundred individuals from Toronto Gay Action, the Montreal Front de Libération Homosexuel, the Homophile Association at the University of Toronto, and the Gays of Ottawa gathered on Parliament Hill to protest the ongoing discrimination of homosexuals in Canada. A similar demonstration was held on the same day in Vancouver for those who could not travel to Ottawa.

We Demand is a 13-page document including 10 demands for public policy changes to end all remaining forms of state sanctioned discrimination against homosexuals in Canada written by several queer individuals from the aforementioned organisations. As the letter states, “[i]n our daily lives we are still confronted with discrimination, police harassment, exploitation, and pressures to conform which deny our sexuality. That prejudice against homosexual people pervades society is, in no small way, attributable to practices of the Federal government.” A critique of the 1969 amendment, it addressed how the limitation to male adults above the age of 21 engaging in anal sex in the privacy of their own home—many of whom, we must add, did not enjoy this privilege of privacy—did not address the myriad ways in which homosexual men and women continued to face both implicit and violent forms of discrimination in our society.

In New York City, David Bowie and the Spiders from Mars debuted at Carnegie Hall.

Elton John was up big (74-34) with “Saturday Night’s Alright For Fighting”.

Queen released the single “Another One Bites The Dust”.

1981 – The U.S. Centers for Disease Control (CDC) first announces a sudden, unusual increase in cases of Kaposi’s sarcoma, the first sign of the worldwide epidemic of what would eventually be called HIV/AIDS.

1982 – First “Gay Games” are held at Kezar Stadium in San Francisco. 1,600 people participated and 50,000 people attended. At that time it was still called the “Gay Olympics” until the U. S. Olympic Committee sued for trademark infringement and won. Author Rita Mae Brown (born 28 November 1944) hosted the opening ceremonies. The Gay Games is the world’s largest sporting and cultural event specifically for lesbian, gay, bisexual, and transgender athletes, artists and musicians, founded by Tom Waddell, Rikki Streicher, and others. , Gay Games X will be in Paris 2018.

1989 – A law took effect in Texas that requires that real estate agents tell potential buyers or tenants if the person who previously occupied a property had AIDS.

1993 – Keith Douglas Pruitt and another gay man were attacked in Manhattan. Pruitt once played a part on the soap opera “As the World Turns.” Pruitt required 14 stitches in his head. Three men from New Jersey were arrested and charged with the attack.

1994 – The first Lesbian and Gay Parade in Tokyo drew 1,134 participants, according to organizers.

1996 – In response to threats to out him after the city of Tempe, Arizona granted $1,500 in fee waivers to the annual gay pride festival, Mayor Neil Giuliano  (born October 26, 1956) comes out in an interview with the Tempe Daily News Tribune. He was named to the OUT 100 by OUT Magazine, which notes the top 100 people in gay culture in the US. While he was Mayor in 2003, Tempe was named an “All American-City,” an award honoring local governments demonstrating success in problem solving. He was named Tempe Humanitarian of the year in 2014.

1998 – The Gay and Lesbian Fund for Colorado, a fund of the Gill Foundation, announced $195,950 in grants to 22 Colorado organizations.

2002 – Nevada teen Derek Henkle (born in 1983 ) settles a lawsuit (Henkle v. Gregory, 150 F. Supp.2d 1067 (D Nev. 2001) against the Washoe County School District for $451,000. The settlement is believed to be the largest pre-trial award ever in this kind of case. Derek’s suit alleged that administrators in three separate schools failed to protect him from years of being beaten, spat upon, called names and threatened with a lasso because he is gay.

2007 – The world discovers that U.S. Senator Larry Craig had been arrested for lewd conduct in the men’s bathroom at the Minneapolis-St. Paul International Airport on June 11, 2007, and entered a guilty plea to a lesser charge of disorderly conduct on August 8, 2007. 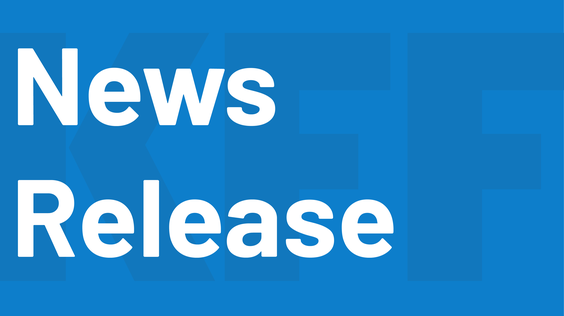 Two New KFF Reports Take a Closer Look at the COVID-19 Pandemic and the LGBT Community, From the Impact on Mental Health to Vaccination Status | KFFTwo new KFF reports provide new and updated data on the experiences of lesbian, gay, bisexual and transgender (LGBT) people during the COVID-19 pandemic, featuring data showing the impact on mental health and COVID-19 Vaccine Monitor data on vaccine uptake within the community. The two reports add important context to the limited but growing body<span class=”readmore-ellipsis”>…</span><a href=”https://www.kff.org/coronavirus-covid-19/press-release/two-new-kff-reports-take-a-closer-look-at-the-covid-19-pandemic-and-the-lgbt-community-from-the-impact-on-mental-health-to-vaccination-status/” class=”see-more light-beige no-float inline-readmore”>More</a></p>www.kff.org 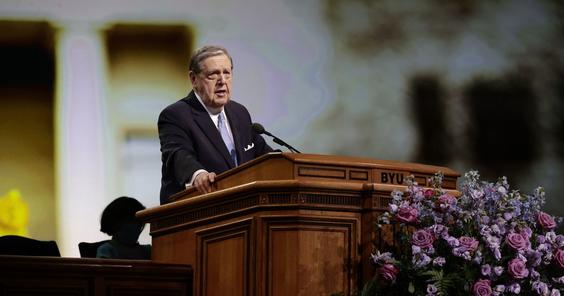 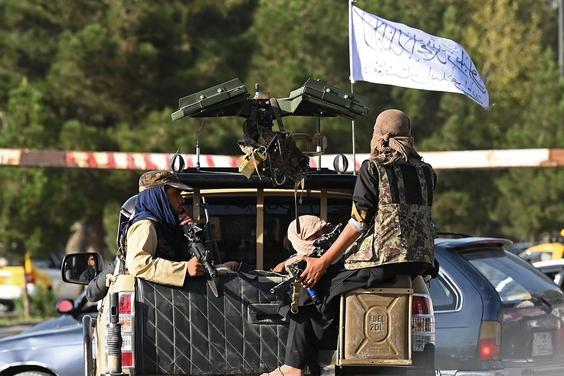 LGBT Afghans will not be saved in this evacuation – but the UK government began failing them years agoAs I forwarded on the details of people begging for help, I wondered how on earth it had come to thisinews.co.uk

What Happened on this Day in Queer History – August 28