At RCA Studio B in Nashville, Dolly Parton recorded her composition “I Will Always Love You,” inspired by her professional partner and mentor Porter Wagoner, whom she was leaving at the time in order to begin a solo career.

1987
Whitney Houston started a six-week run at No.1 on the UK album chart with her second LP Whitney. With this album, Houston set various records on the US charts. Houston became female artist, to debut at No.1 with an album and its first four singles, ‘I Wanna Dance with Somebody (Who Loves Me)’, ‘Didn’t We Almost Have It All’, ‘So Emotional’ and ‘Where Do Broken Hearts Go’, all peaked at No.1 on the Billboard Hot 100 chart, making her the first female artist to achieve that feat.

The biggest charity Rock concert since Live Aid three years earlier took place at London’s Wembley Stadium to denounce South African apartheid. Among the performers were Sting, Stevie Wonder, Bryan Adams, George Michael, Whitney Houston and Dire Straits. Half of the more than $3 million US in proceeds from the event went towards anti-apartheid activities in Britain. The rest was donated to children’s charities in southern Africa.

Law enforcement officials in Texas call for a ban on Ice-T’s “Cop Killer” LP. Following the publicity, sales double on the West Coast and in Texas. In an ironic twist, Ice-T (real name: Tracy Morrow) would land a role on the TV police drama, Law and Order in 1999, portraying Odafin “Fin” Tutuola, a former undercover narcotics officer transferred to the Special Victims Unit.

Blogger Nina Notes: the oppressed calling out oppressors is not the same as oppressors oppressing.

Lisa Marie Presley’s ‘Tea Time’ Photo With All 4 Children Continues to Draw AttentionLisa Marie Presley might not post photos of her life as frequently as other celebrity users on social media, but one photo shared to her account most recently continues to draw in a barrage of comments from fans.On April 18, Presley took to Instagram to share a rare snapshot of all her four […]

https://www.cbc.ca/news/world/biden-pulse-national-memorial-1.6063880Biden to name Pulse nightclub a national memorial 5 years after mass shooting | CBC NewsU.S. President Joe Biden said on the fifth anniversary of a mass shooting at the Pulse nightclub in Orlando, Florida, that he will sign a bill naming the site as a national memorial.www.cbc.ca

https://www.theguardian.com/world/2021/jun/13/owen-hurcum-bangor-wales-worlds-first-non-binary-mayorIntroducing ‘their worship’, the world’s first non-binary mayor | LGBT rights | The GuardianStudent Owen Hurcum is ‘humbled’ to serve the oldest city in Wales, and aims to put Bangor’s peacocks on the map

https://www.irishpost.com/news/lgbt-pride-flags-cut-down-in-waterford-for-second-time-214160LGBT Pride flags cut down in Waterford for second time | The Irish PostPRIDE FLAGS erected in Waterford to celebrate Pride month, as well as to mark last weekend’s Prid…www.irishpost.com

the woman is not all those letters:

the four letters do not refer to any induvial, but four identifiable groups.

which is not really the issue, given she is missing and likely going to be murdered 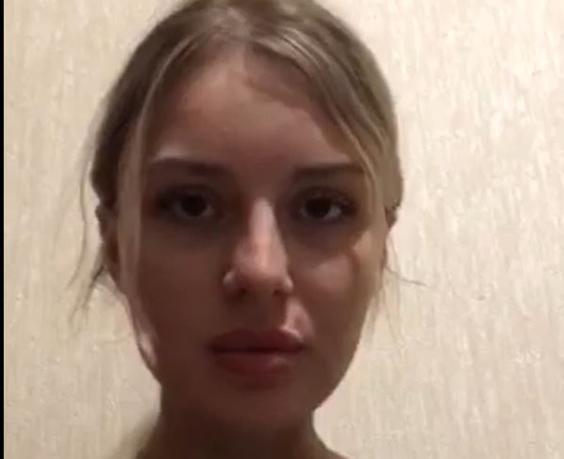 Fears for LGBT woman linked to Chechen ruler after her abduction by police in raid on refuge | The IndependentKhalimat Taramova’s family is said to be close to Chechnya’s tyrannical presidentwww.independent.co.uk