Sep. 27, 2019 — Yet, his infatuation for Richard Wagner is perhaps most intriguing. Wagner was certainly not gay, having happily carried on a decade-long affair …
Is Richard Wagner Simultaneously the Most Controversial and …pitchfork.com › alex-ross-wagnerism-book-interview

Born on this day, Judy Garland, singer, actress. Played Dorothy in the 1939 film ‘Wizard Of Oz’ sang ‘Over The Rainbow’ in the film, 1961 US No.1 comeback album ‘Judy At Carnegie Hall’. ‘Over The Rainbow’ was voted the ‘Song Of The Century’ in a 2001 poll published in America. She died June 22nd 1969 of a barbiturate overdose.

In gay slang, a “friend of Dorothy” (FOD) is a gay man; and more broadly, any LGBTQ person. Stating that, or asking if, someone was a friend of Dorothy was a euphemism used for discussing sexual orientation without others knowing its meaning.
Friend of Dorothy – Wikipedia

Tennessee officials approved state public school use of a new biology text book that denied the theory of evolution.

Olivia Newton-John and John Travolta teamed up to take “You’re The One That I Want” to the top of the Billboard chart. In the UK, the record would be number one for nine weeks.

Madonna’s ‘Express Yourself’, became her 18th UK Top 5 hit, a new record for a female artist.

Bette Midler achieves her only US number one record when “Wind Beneath My Wings” topped the Billboard chart. Although the song would only stay on top for a week, it would win Grammy Awards for Song Of The Year and Record Of The Year.

Irish singer Sinead O’Connor took out a full-page ad in the Irish Times asking the public to “stop hurting me please.” She blamed her troubles on abuse she suffered as a child. O’Connor was still being criticized for ripping up a picture of the Pope during an appearance on Saturday Night Live the previous October.

The daughter of Cher and Sonny Bono, Chastity was set to undergoing a gender change shortly after Bono’s 40th birthday in March and more than a decade after having come out as a lesbian.

trans rights are going beyond housing, employment and participation in the public square – and are now in conflict with the protections gained by women owing to biology based oppression over human history across all cultures

and concerningly, removing language from government, medical and therapy which is used by women to describe women’s own gender experience and sexuality expression.

unless this includes lesbians and gay men and bisexuals not dating transperson, this is not affirming of all identities

which, gay man and lesbian are same gender attracted – so, for these identities: transpersons are clothes away from heterosexual sex, which gay and lesbian sexuality is distinct from

the bisexual and pansexual bickering has to stop too

along with the recognition of transgender as a diagnosis

while nonbinary and androgenous are culture role rejecting personal expression 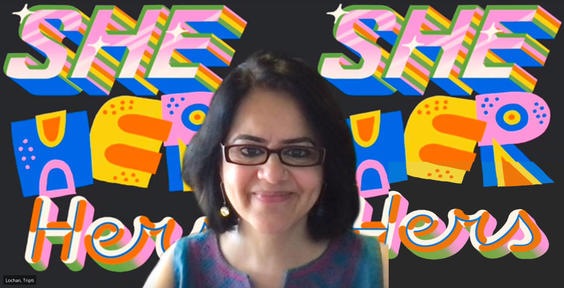 To normalise acceptance of all identities and pronoun sharing, VMLY&R launches a new website with vibrant virtual backgrounds for all cis, transgender and non-binary individuals | Business Insider IndiaSharing and asking for correct pronouns is an act of better allyship. VMLY&R takes a step forward towards acceptance by launching a new website that offerswww.businessinsider.in