on the LP charts:  My Name Is Barbra from Streisand at 6 with the Soundtrack to “Mary Poppins” at #8,

More than 670,000 fans attended the four-day US Festival ’83 in California, sponsored by Steve Wozniak. Among the 35 acts that performed were U2, David Bowie, Van Halen, the Pretenders, Stevie Nicks, Joe Walsh, Mötley Crüe, Ozzy Osbourne, Judas Priest, the Clash, Willie Nelson, Hank Williams, Jr., Waylon Jennings, Alabama, Emmylou Harris, the Stray Cats, Berlin, INXS, and Men At Work. The lineup is even more impressive than that of its 1982 predecessor, and the attendance is substantially larger. Wozniak splurges on David Bowie with two million dollars of his own money, simply because he “really loves him.”

David Bowie was at #2 with “Let’s Dance”, at 5  Thomas Dolby’s only hit “She Blinded Me With Science adn mvoing to 8 the Culture Club moving up with “Time (Clock of the Heart)”,

Whitney Houston released her second studio album, “Whitney,” in Canada. It was issued in the U.S. five days later.

Elton John and Bernie Taupin won an Ivor Novello Award for their tribute to Princess Diana–“Candle in the Wind ’97”.

Faith by George Michael was #1 for a ninth week on the Album chart but the former #1 “Dirty Dancing” Soundtrack held strong at #2.

Another song from the album Faith reached #1 as “One More Try” got the honor for George Michael.

Britney Spears was at No.1 on the US album chart with ‘Oops!… I Did It Again’. The singer’s second album also reached No.1 in thirteen other countries and has now sold over 20m copies. 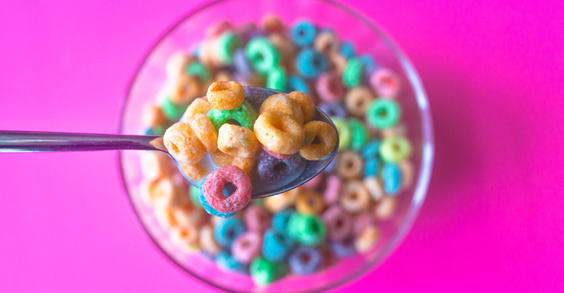 Kellogg’s LGBT-Themed Cereal Features Preferred Pronouns on Box“Boxes are for cereal, not people,” Kellogg’s insists about its new Together With Pride cereal.www.dailysignal.com