, George Michael’s great song “One More Try” rose from 14 to 4 and Natalie Cole’s cover of “Pink Cadillac” remained at #5.

Faith by George Michael regained the #1 spot on the Album chart ten weeks after it had fallen from the top.  The Soundtrack to “Dirty Dancing” slipped to second, riding on hits from past decades, and an original song by Patrick Swayze but most interestingly a UK gay band The Blow Monkeys doing a cover of Lesbian Leslie Gore’s You Don’t Own Me with original boy lyrics sung by a male band the heteros did not notice.

in retirement, Leslie Gore das yet to come out.

George Michael pled no contest in the Beverly Hills Municipal Court to committing a lewd act in a park restroom. He was fined $810, given 80 hours of community service, and ordered to undergo counseling.

The musical We Will Rock You opened in the West End of London, England at the Dominion Theatre. The musical was written by British comedian and author Ben Elton in collaboration with Queen members Brian May and Roger Taylor. The musical tells the story of a group of Bohemians who struggle to restore the free exchange of thought, fashion, and live music in a distant future where everyone dresses, thinks and does the same. Musical instruments and composers are forbidden, and rock music is all but unknown. WWRY has since become the longest-running musical at the Dominion Theatre.

Lawyers for Britney Spears and the Skechers footwear company settled a dispute over a deal for the pop star to market a line of roller skates and accessories. Spears had filed a $1.5 million breach of agreement lawsuit against Skechers in December, claiming the company failed to pay her adequately. Skechers had responded with a $10 million lawsuit, accusing Spears of fraud and breach of the three-year licensing agreement she signed in January 2002.

I expect lesbians to behave better than hetero men

the problem of believing one’s own press? or the delusion of “nice’?

because, as a Canadian Lesbian. “nice” is how my nation is rude.

Ellen began as a lesbian stand up, went into the closet and got her tv show, and then came out, after Melissa Etheridge did at the Democrat convention that saw Bill Clinton get the nom, which she said kd lang inspired her to. 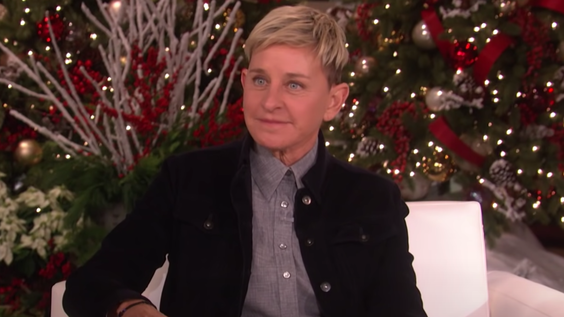 Ellen DeGeneres says she didn’t cancel show because of allegationsIn an interview with Savannah Guthrie, Ellen DeGeneres claimed that she never saw the show as having a toxic workplace environment and thinks the allegations were “orchestrated.”tv.avclub.com