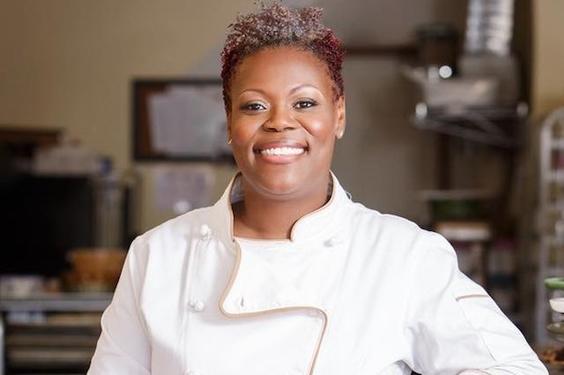 Anti-LGBT Activist Orders Cake With Hateful Message from Lesbian-Owned Bakery, Then Cries Discrimination – Towleroad Gay NewsAn anti-LGBT activist ordered a rainbow-colored cake with a hateful anti-gay message from a lesbian-owned bakery, then cried discrimination when his request wasn’t fulfilled. David Gordon, who works for the Michigan-based right-wing Catholic group Church Militant, ordered the cake last month from Good Cakes and Bakes in Detroit, which is owned by April Anderson and …www.towleroad.com

If you are truly incapable of distinguishing between an act of love and an act of hatred, then you need to sit down for a very long, very careful re-evaluation of your life.

If on the other hand you’re intentionally not distinguishing between an act of love and an act of hatred, then you need to sit down for a very long, very careful re-evaluation of your soul.

given that the religious relationship between the deity and the follower could be on the domestic abuse relationship checklist… they really are unable to distinguish.

Moderates and Apologetics are not True Beleivers

In a way, I can admire the clarity of thinking of fundamentalist believers; they just believe whatever is told them, without question. It must be very restful to not struggle to understand, but just accept. I can understand the appeal … Continue reading →

religion is force of evil

Religion is not a force of good or positiveness in the world. Religion doesn’t teach people to care for and look out for each other – as evidenced by the Mormon and Catholic Church’s continual efforts to prevent gays and … Continue reading →

Ordering Cake and Eating It Too

Posted on December 31, 2017by dykewriter

The Oregon Court of Appeals ruled against bakers who refused to make a cake for a lesbian couple’s wedding, upholding the fine against them. The case involved Sweet Cakes by Melissa owners Aaron and Melissa Klein, who told lesbian couple Rachel Cryer and Laurel … Continue reading →

Cake to the Pie Hole: Karmalicious

That narrow Supreme Court decision may not stay narrow for long Nina Trygg • 2 minutes ago religion is now a get out of jail free card free to refuse service, deny rights, rape and murder and nothing remains narrow in law … Continue reading →

Services and Cake, who gets to order and eat it

finally the headline I have been waiting to see https://www.bbc.com/news/newsbeat-49150753 LGBT people are ‘being made homeless due to religion’ – BBC NewsNearly half of young LGBT people left homeless after coming out are from religious backgrounds.www.bbc.comShareEmoji 1 Alex Blue3 minutes … Continue reading →

Hatred has no moral grounds

Jeff Sessions spoke at a hate group summit & told them ‘You are not a hate group’ Susan D • 5 days ago If your organization’s “sincerely held religious belief” includes hating people, then yes, you are a hate group. … Continue reading →